It’s not often I publicly disagree with a Nobel Laureate. And I love Paul Krugman—which speaks volumes about my politics, I fully realize. I single him out only as a symbol of the Economics Academy, within which I was once an acolyte lo, these many, many years ago. In short, they’ve been colossally wrong about people engaging in rational choice most of the time.

My Time With the Dismal Science 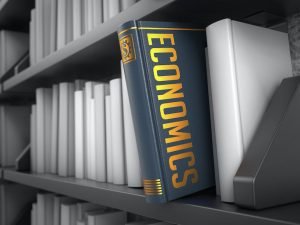 I had some interesting economics professors along the way. My International Trade prof had a big office in one of the older buildings at Tulane and instead of having a couple of crappy plastiform seats in front of his desk for students, he had two antique barber chairs bolted to the floor. His first name was Hal and, this being 1979, he was an aging hippie. He was referred to by all of us as “Call me Hal” because… well, that’s kinda obvious. When you came to see him, the opening dialogue went, “Call me Hal! Go ahead, play with the barber chair! Then we can talk about economics a little.” He was awesome.

I studied for a year in Scotland at the University of St. Andrews. (This was also where I met my beloved wife, the intrepid and long-suffering Kay-Kay.) I had a couple of Economics tutors that year. A tutor was a professor before whom you had to present yourself for a personal grilling for one hour each week. Everyone had to do this. It wasn’t remedial tutoring, it was part of the system. At Oxford, they were called “dons,” of which you have heard mention in Many Movies with English People.

My first tutor was an Indian guy who was allergic to the miserable Scottish weather. He spent tutorials sniffing, blowing his nose, and snorting on a Vick’s Vapo-Inhaler. There was also a fascinating collection of matted and framed—and somewhat pornographic—reproductions of what he called “Hindu art” from the Kama Sutra. He was great, but didn’t last long. That Scottish weather sent him scampering back to Gujarat.

My second tutor was a 70-something Scottish academic who’d mediated a nasty chemical workers’ strike years before and gotten himself a knighthood out of it. Sir Stuart was the polar opposite to my first tutor. Being a born and reared Scotsman, the weather meant nothing to him. Nor did he have a pornographic art collection. But he was unflappable and found Americans rather amusing. We got along famously. 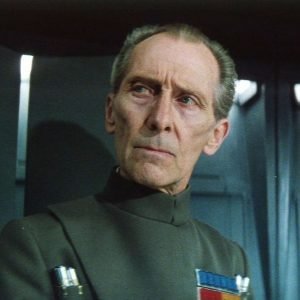 The Economics Department also had two full professors who were tall and thin… identical twin brothers. And they looked exactly like Peter Cushing. Now Peter Cushing had a long and illustrious acting career, but I grew up watching him in endless horror films. And he had only recently appeared as the evil commander of the Death Star in the first Star Wars movie. I once came around the corner in one of the narrow department hallways and bumped directly into Professor Peter Cushing #1, stuttered my apologies, and spun around to come face-to-face with Professor Peter Cushing #2. I awoke in a cold sweat every night for weeks.

One of my Economics lecturers was also the Deputy General Secretary of the Scottish Communist Party. He taught Intermediate Macroeconomics, which meant he had to teach a lot of Keynesian stuff to us. He’d give the textbook explanations of the investment-savings and money supply-demand functions while scribbling IS-LM Curves on the chalkboard. Then every four or five minutes, he’d turn and say something like, “Of course, this is all rubbish and will prove useless to you after the Revolution and the establishment of the Dictatorship of the Proletariat.” It was hilarious.

All of this, as is my way with blog posts, has very little to do with my ultimate point for this week. Still, it’s fun to reminisce. À la recherche du temps perdu…

The Irrationality of Rational Choice 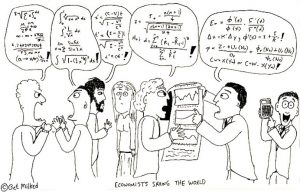 The real chewy nougat center of Economics theory is the notion of the Economic Man Making Rational Self-Interested Choices. This long-assumed concept—dating from Adam Smith in the mid-18th century, maybe even to Aristotle—assumes humans will make predictable choices that maximize their utility. Defining utility can be a slippery problem—Jeremy Bentham preferred to say we sought to maximize happiness, which is more understandable but not particularly well-suited to quantification. Inevitably, utility came to be more or less equated with value—a quantity of goods or a sum of money. 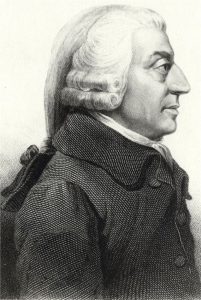 For example, in the interaction of supply and demand, if demand went up for widgets, then widget makers a) charged more for their widgets because that maximized their immediate gain, and b) made more widgets to supply the increased demand, thereby lowering the price. When the price went down, buyers bought more widgets. And so on and so forth. This is what animated Adam Smith’s famous “invisible hand” that made free markets tick.

There was only one problem. People actually don’t act that way most of the time. There were a few aberrations discussed back then.“Conspicuous consumption” was the label given to luxury goods that seemed to become more in demand as their price went up—think Dom Perignon or Rolls Royces or sable coats. This was poo-pooed as merely a result of “imperfect information” or “manufactured scarcity” and had a negligible effect on economic activity in the aggregate.

It was only much later when I began working in foreign places, especially in developing countries, that I understood how ludicrous our slavish devotion to rational choice really was. In most poorer or traditional societies, it’s not material benefit that people seek to maximize, it’s honor. This can be defined in a lot of ways, some of them very unfortunate. Take for example, “honor” killing your sister because she was raped. In a more healthy sense, honor is often maximized by being—and being seen to be—an upstanding man or woman, devout in religion, able to provide for one’s family, keep the memory of one’s ancestors, and/or be respected by one’s neighbors and acquaintances. Money and material goods are, in such societies, seen only as a means of gaining and securing one’s honor, not as an end in and of themselves.

It’s not just poorer places where this is true. The reality is that in each of our lives, we make economically irrational choices all the time. For example, show 100 Americans numbers proving they would be better off renting a place to live rather than buying a home. I will bet that at least 75 out of that group will still buy rather than rent. For Americans, there’s much more in choosing to be a homeowner than a financial choice. It’s a significant part of The Dream, isn’t it? 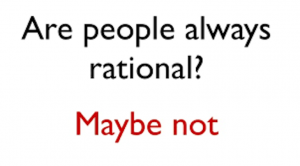 Recently, an interviewer asked the son-in-law of the famously racist former Governor of Alabama, George Wallace, why he thought Alabama voters would continue to cast votes for candidates who acted against their manifest economic self-interest. He replied, “Because they’d rather be poor than not proud.” I’ve never heard a better and more succinct explanation of the failure of rational choice theory in my life. 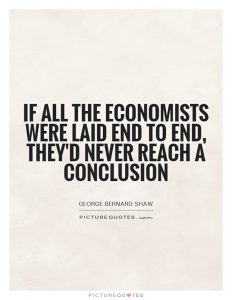 Admittedly, economists have begun grudgingly to acknowledge the elephant that’s been standing in their rational-choice living room for a couple of centuries. The new sub-discipline of “behavioral economics” has become quite fashionable. Behavioral economists have even won a couple of Nobel Prizes. But the sticking power of rational choice theory has proven mighty indeed. And I wonder how well that will serve us.