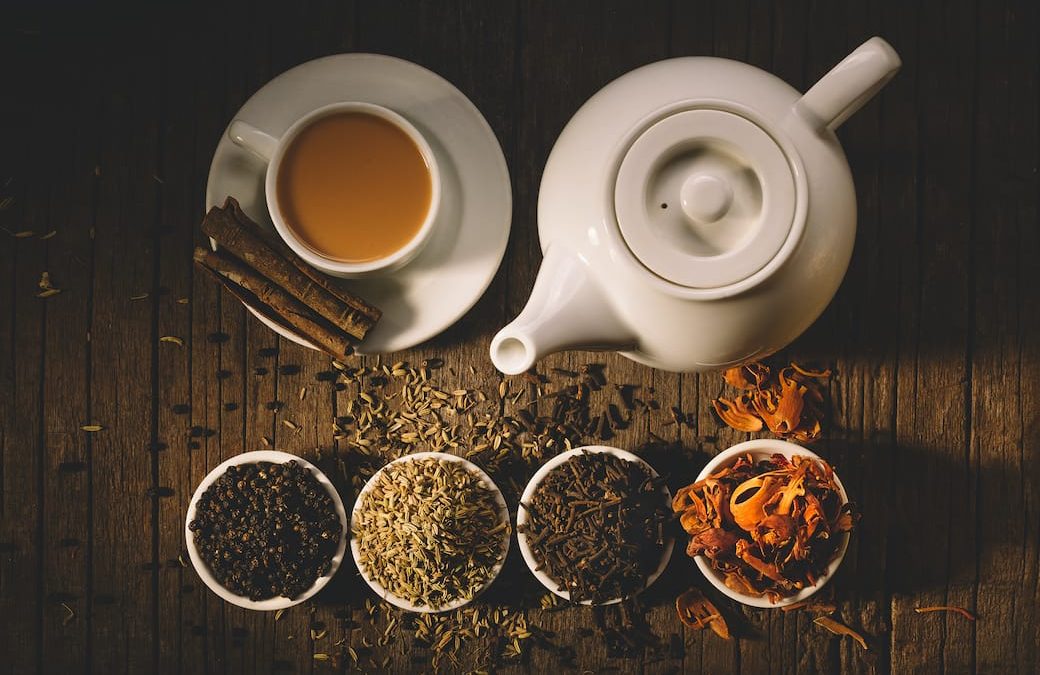 Time to come out of the closet. I’m a tea party activist. Specifically, I drink 5-6 cups of tea, every single day. And I’m not ashamed to admit it. Also, you’re mostly doing tea wrong. 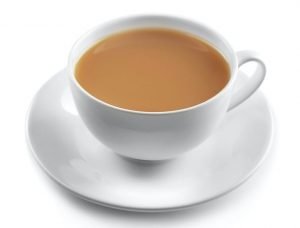 Yeah, I know. This is America and we hairy-chested Yanks are meant to gulp gallons of coffee each day, gosh darn it! We don’t daintily sip that pusillanimous English stuff! Didn’t we dump 92,000 pounds into Boston Harbor back in the day?

I don’t hate coffee. But I went off American coffee decades ago because, well, it’s mostly awful. If you’ve ever sat in a Viennese café and enjoyed Kaffee mit Sahne—because the cream makes it—you will never look at Standard American Coffee the same. 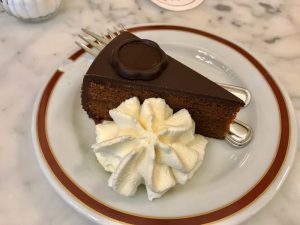 Of course, your Viennese coffee comes with 1,500 calories of Sachertorte on the side. Which may have unfairly influenced my opinion. Sort of like offering water and granola bars to Georgia voters waiting in line.

The dawn of wall-to-wall Starbucks in the ’90s didn’t help much. This happened while I was living overseas. In Italy. The place that invented the words espresso, cappuccino, and venti. Also, cannoli and zabaglione, but I digress. 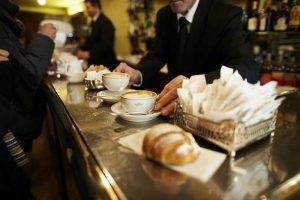 Let’s agree that my standards for what constitutes outstanding espresso-based coffee drinks was set rather high in Italia. And I’m here to tell you, over-roasted and burnt-smelling Starbucks doesn’t make the cut. So we’re doing tea and coffee wrong.

There’s some history of tea in my family. My great-grandmother, English by birth, would take out one teabag each morning. She made herself a cup, then looped the teabag’s string over the kitchen faucet. Being English, she offered anyone who came by a cuppa. And she would re-use that single teabag all day long. If you showed up in the evening, you got something hot and vaguely beige. Yes, Great Granny was doing tea wrong.

My godfather—conveniently married to my aunt—was the head US-based tea taster for Lipton. Uncle Roddy is from an Irish-Catholic family like mine, except they were located in England. So he’s the genuine article when it comes to All Things Tea. 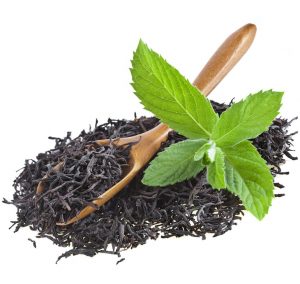 Uncle Roddy taught me one important lesson about tea. It’s only “tea” if it’s composed of, well, “tea.” And only leaves from the evergreen bush Camellia sinensis are “tea.” My godfather sniffily informed me anything else—camomile, mint, rose hip—is an “infusion” but certainly not “tea.”

This is why I refer to all of Kay-Kay’s various herbal whatnots as “hedge clippings.” She just loves that. Really.

Which is also to say I drink tea. Black tea. The blacker the better. 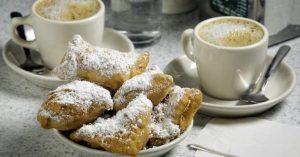 I was never much of a coffee or tea drinker until I got to college. It was only when I encountered the soporific effect of cramming for final exams and the concomitant need for a (non-narcotic) antidote that I took to coffee in earnest. Also, this was in New Orleans, where you could get a decent cup of café au lait even in 1978.

Then I made the fateful decision to spend my junior year abroad in Scotland. This resulted in a couple of personal landmarks. First—and this really needs to be first after the crack about “hedge clippings”—I met my now-wife of 38.7 years, Kay-Kay. Second, I had an epiphany with Serious Tea.

This is kinda embarrassing, but my discovery of tea occurred while I was traveling around before classes started in Scotland. I’d wandered over to Ireland and was staying in a damp and drafty B&B in Cork City. 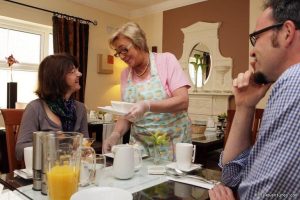 I passed a miserable night in this somewhat creepy place, terrifying myself reading Stephen King’s The Shining. At breakfast, the landlady bustled about with a huge pot and poured me a cup without even asking. I took a look at the black coffee, poured in some milk, and took a sip. It was smooth and not bitter and I was instantly impressed with the quality of Irish coffee.

When she bustled by again, I asked, “Could I have another cup of coffee, please?” That Ould One looked at me like I’d grown an extra head. “Are ye daft? ‘Tis tea I’m pourin’ here!” She figured I was American and said to the entire breakfast room, “Now can you believe’t, himself from over the water can’t tell the difference betwixt the coffee and the tea!” She was most amused at my expense for the rest of my stay in Cork, where I was really doing tea wrong.

Here’s the upshot. The Irish—in Ireland, if not in America—make Really Strong Tea. I mean, stand-your-spoon-up-in-it strong. And very black. Which is just the way I like it. Strong and brash and shockingly over-caffeinated. It may have been a poor country, but they skimped on neither the tea nor the whisky.

The Paradox of Iced Tea

Yeah, I love some strong, hot tea. Milk only, never sugar. But I also enjoy a most American beverage, iced tea. I note that 85% of the tea consumed in the USA is iced.

Let’s be clear. The Tea-Drinking Peoples of the British Isles don’t get the allure of iced tea. Why would they? The last thing you need is iced anything while wearing three sweaters against the bone-chilling dampness of the Euro-grey weather. Ice in such conditions would definitely be doing tea wrong. 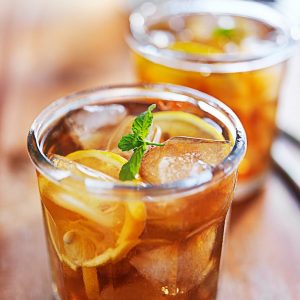 Kay-Kay and I have our primary mailing address in Tidewater Virginia. We sit exactly astride The Sweet Tea Line. This line has become a much better indicator of North-South than Mason & Dixon’s.

This presents a challenge for me. I hate with the intensity of hot molten magma sweet tea. I hate drinking sweet stuff in any form. It makes my teeth hurt even writing this.

For those of you unfamiliar with the Southern delicacy “sweet tea,” let me explain. Take a five-pound bag of white sugar. Mix in some caramel-colored water. Whether this color is produced by tea leaves or some FDA-approved food dye doesn’t much matter. Now carefully stir in just enough tawny water to create a hypertonic solution of astounding sweetness.

Living on the Sweet Tea Line means you never know what a particular establishment is serving as “iced tea.” This places me in dire risk of getting a mouthful of sickeningly sweet nastiness. As a result, my ordering goes like this:

Waiter: “Anything to drink?”

The Service of Tea

Which brings me to the real purpose of this blog post. Most restaurants in the US of A are unequivocally doing tea very, very wrong. I’m talking approximately 99.872%. Let’s start with the Mortal Sins. 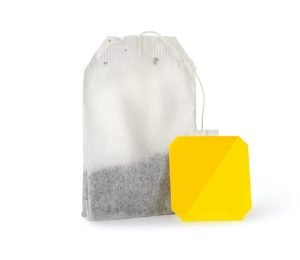 First, I do not want honey or lemon with my hot tea. You may do so only if I have a muffler wrapped tightly around my throat and I’m coughing up a lung. In which case you better bring whisky, too.

First bis, if I ask for milk with my tea, do not bring lemon. If you don’t understand this, go squeeze a lemon into a glass of milk. Note the cottage cheese floating on the top. Nobody puts milk and lemon in tea. If they do, improve their life by preventing them from doing so.

Second, never ever-ever make or serve hot water meant for tea in any pot, carafe, or flippy-top stainless steel thingy that has EVER held coffee. I don’t care if said vessel is made laboratory-quality ceramic, you will never get the taste and smell of coffee out. It is not possible. This is science. 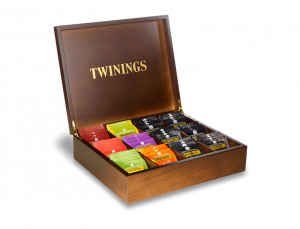 Third, don’t allow your supplier to convince you it’s a good idea to buy those clever shadow boxes stocked with a variety of “teas” in tastefully colored sachets. Here’s the reality. All the English Breakfast gets used up. Then the Earl Grey. After that, you’re ticking off all us black tea drinkers by presenting us a variety of, as Uncle Roddy taught me long ago, “infusions.” Which are not tea. 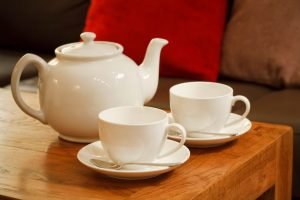 Finally, you really can’t brew a proper cup of tea in, well, a cup. It needs to be in larger—shall we say teapot-sized—quantities. So do us a solid and invest in some actual teapots, huh?

So let’s up the tea game, America. It’s worth it. Promise.