Women of the Great War 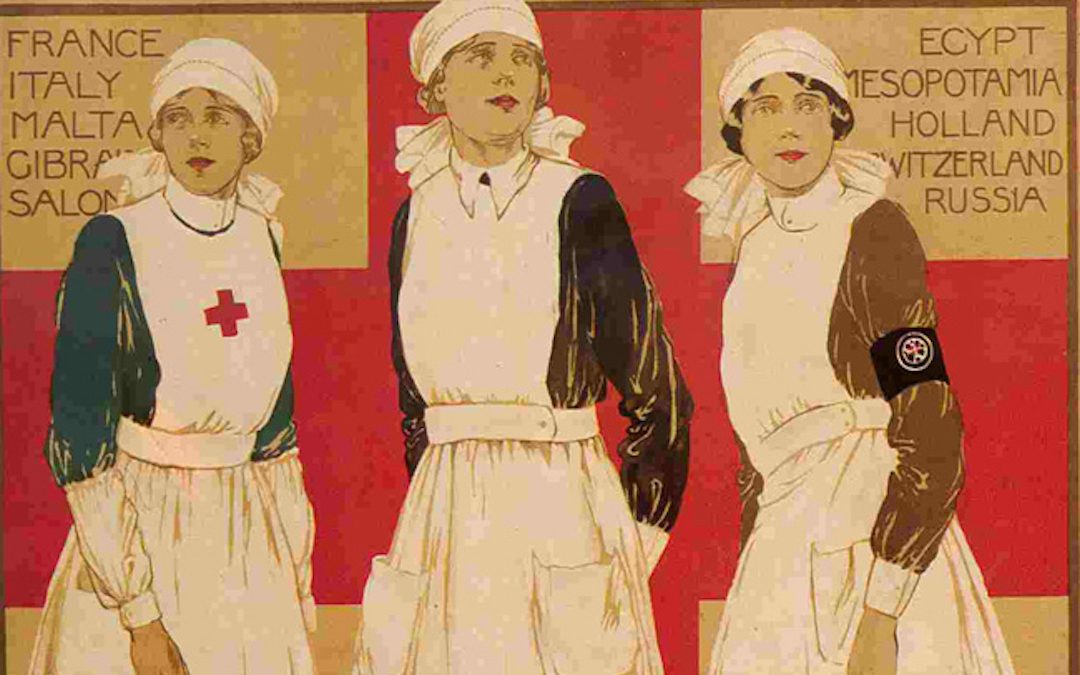 [I’m off for a short vacay with Kay-Kay (heh, heh, heh) to NYC. We’re visiting our son Scooter and his wife so I’m running an updated blog post from last summer. It’s the centenary of the US’s involvement in the First World War, with 1918 the year when the Yanks took up their share of the fighting, so this seems appropriate. Back next week with some new stuff.]

My novel None of Us the Same has been out for a little over a year and it’s bagged some awards and great reviews. Still, I haven’t had that call from the New York Times or Stephen Spielberg yet. But I remain hopeful. Today I thought I’d write a little more about what I learned researching and writing the book, as well as its literary siblings in my Sweet Wine of Youth trilogy. The second volume, Truly Are the Free, is out, too, with No Hero’s Welcome due in the new year. 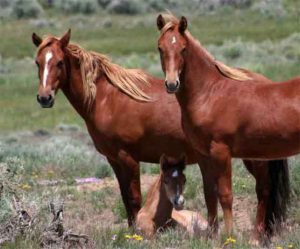 Once I decided to set the trilogy in the period 1914-1926—with the First World War the catalytic event for all three—I quickly ran headlong into a major stumbling block. I’d decided early on that each of the books needed at least one female main character. This would be for two reasons. First, sorry to say we men are awful readers and the ladies have way outrun us in the marketplace of printed ideas as both producers and consumers, so strong female main characters have become essential to marketing. Second, I really like women. Always have. They’re much more interesting than men and they generally smell better. I read some veterinary research years ago that studied vocalizations among domestic horses. Turns out the mares have over 40 vocal sounds with surprisingly nuanced meanings. The stallions? They have exactly two. Admit it, you already know the answer: “I want food” and “I want sex.” Yep. 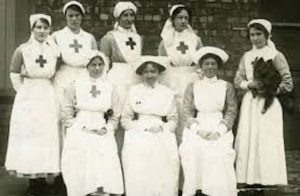 Having succumbed to this need/craving for a great-cool-intriguing-tough-complicated woman main character, a Really Big Problem popped up like those Don’t-Back-Up spikes in a rental car lot. How do I get her into the War? Turns out there weren’t many choices. Which is why an awful lot of books from this period feature characters who are military nurses. Same in Civil War historical fiction, I’ve discovered. And World War II, Korea and Vietnam—think M*A*S*H and South Pacific, although Rogers & Hammerstein also went in for the Exotic Native Love Interest, too.

BTW, speaking of South Pacific, go check out that movie again. Based on my man James Michener’s first big success, Tales from the South Pacific, it carries a none-too-subtle commentary on race as identity in betwixt all those earworm songs about Washing Men Out of Hair and Enchanted Evenings. R&H had more social consciousness chops than you might think. But alas, I digress. Yet again. 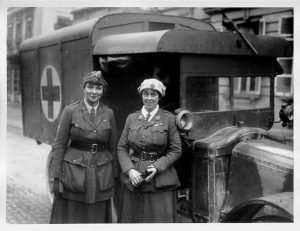 Back to Getting My Women Characters Into the War. There were a few other possibilities related to military medicine. Some women were ambulance drivers, although most were men. Their letters home were amazing—these girls were some serious daredevil drivers, if the notes to Mom and Dad are to be believed. I tend to think they probably downplayed how crazy it really was, not wanting to alarm the ‘rents back home. 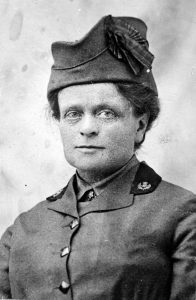 I was intrigued by Dr. Elsie Inglis, a Raj brat born in India to Scottish parents, who was an early graduate of a women’s medical school set up in Edinburgh. She was a leader of the suffragist movement in Scotland, then hung up her sash—as many others did—when war broke out in 1914. She turned the resources of the suffragists to creating a field hospital staffed entirely by women, which British military authorities promptly rejected. The French couldn’t afford to be so choosy, so she set up shop with the French division heading for Serbia. She was captured in 1915, repatriated, then raised a second hospital and returned to the Russian Front in 1916. Oh, almost forgot. She had cancer through most of this, returning to Scotland in 1917 to die. Truly a downright amazing woman. Didn’t quite fit my purposes, although there may be a future book in this, since I don’t believe anyone has written her into historical fiction yet. 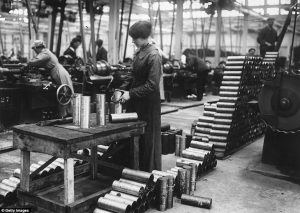 Beyond the medical field, the First World War was the first major conflict where women were mobilized in large numbers to sustain war production. These ladies predated the iconic Rosie the Riveter by a good 25 years. They were referred to as munitionettes, since most worked in the factories that fed the insatiable appetite for shells produced by the intense artillery barrages preceeding all the big battles after 1915. To give an idea just how insatiable, in the six-day barrage that preceded the infantry attack at the Somme on 1 July 1916, the British had an artillery piece for every 30 yards of real estate along a 14-mile front. They fired just under 2 million shells. That’s a lot of shells.

There wasn’t much attention paid to industrial safety in those days, not that anyone would have cared much in the context of war production. One of the jobs women were often given was filling shells with the high explosives that produced so much death and suffering at the front. This explosive compound consisted of some kind of cellulose fiber impregnated with nitrogen and mixed with picric acid. This made for a big smokeless BOOM when fired from a French 75 or a British 18-pounder but had the interesting side effect of turning the skin and hair of the women who filled the shells a curious bright yellow. In the UK, they were nicknamed “canaries.”

The hidden-in-plain-sight alternative, of course, was to write women who were victims of war. In my second book, Truly Are the Free, I exam this through the eyes of a woman high school teacher. For the French, this was a very different war than for the English or Americans. It was, after all, fought in their own front yard. Although the Germans never occupied a big percentage of French territory, what they did occupy represented the industrial heartland of France. The French suffered the highest casualties as a percentage of population among the Allies, with a large proportion of an entire generation of French women simply missing out on a chance to marry.

So my first book features an Irish nurse as a main character, although I definitely toyed with the Angel of Mercy stereotype quite a bit. I’ll leave it to readers to determine how well. My second book has a French and an American woman not directly involved in the War but greatly affected by it. And my third book, which starts in 1915 and is primarily focused on events in Ireland during and after the First World War, features a woman pub owner and her rather conflicted young daughter. 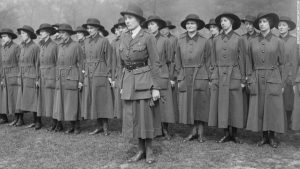 As a result, I’ve spent a lot of time lately researching military medicine, the home fronts, and the great social changes impacting women during and immediately after the Great War. What I discovered poring over piles of letters, memoirs, “trench diaries,” contemporary newspaper accounts and post-war poetry and fiction written by veterans is that these were ordinary women from all classes of families asked to do extraordinary things. What surprised me most was how many of them answered these superhuman demands without complaint. And most exceeded them—a true Greatest Generation of Women if ever there was one.

Not that I’m a real expert on anything—an historical novelist only needs to create verisimilitude after all, which is a fancy way of saying I need to know just a little bit more than 98% of my readers. That other 2% can be a real pain—“I’m afraid you stated that the French bayonet was 2 feet long when in fact it was 25.125” long”—but those aficionados keep us writers on our toes, God bless ‘em. They’re also why we write juicy Historical Notes at the end of our books, as much to explain our deviations as anything else. I consider Historical Notes the duct tape of fiction.

You can read my first two books, None of Us the Same and Truly Are the Free, right now. They’re available from Amazon, Barnes & Noble, or through your local bookstore. My third book, No Hero’s Welcome, will be out early next year. I invite you to sign up for my newsletter right here on my website and you’ll be the first to know exactly when. Plus you’ll get a nifty, informative thank-you gift to boot.