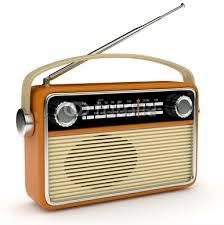 WIZZ and the Times Press were a tag team. For example, at 7:30 every morning, WIZZ read the obituaries. It being radio, these were by necessity very short: “Betty Lou Clapsaddle, age 92, passed quietly in her sleep last night after a short illness. Visitation will be at the Graves Funeral Home on Wednesday evening. Funeral services will be held at Saint John Bosco, with burial to follow immediately in the church cemetery.” This would elicit a sigh and/or a tsk-tsk with an accompanying head shake from Mom, who as a fourth generation Skeeterite, knows or is related to everybody. Then we’d go about our breakfast. By the afternoon, however, the Times Press, always hot on the sickness-and-dying beat, would have a full life-death-and-miracles obituary which, given Betty Lou Clapsaddle’s advanced age, could run to many, many column inches. It was to the Obituaries page my Mom always turned first.

I wonder what’s been lost with the demise of most true home-town media? Maybe nothing, since now we can just Google anything, including obits and soybean futures. But that approach is both atomized and self-selected. There was something different about single sources of local news that kind of glued us together, an early and very locally specific kind of must-see TV, if you will.

Thoughts on the home-town radio or newspaper of YOUR youth?