Witness for the Prosecution

There’s been a lot of courtroom stuff in the news this week. Yikes. Seems a good time to share some musings from My Days as a Federal Prosecutor. You know, kind of a tryout for a talking head on C-SPAN? 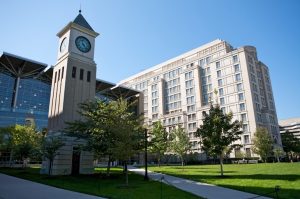 I came to the law a little late, having flown Big Ugly Airplanes for some years before heading off to the Legal Academy. I started law school at Georgetown when I was almost twenty-nine, which made me one of the Grand Old Persons. I was also married and had two kids. And a third one arrived my first day of classes. Memorable start to a legal career.

Once fully ensconced three years later as a bar-admitted, duly licensed, and solemnly sworn-in Judge Advocate—which is very pretentious military-speak for “lawyer”—I spent a lot of time as a prosecutor. Since military courts-martial are “Article I” federal courts, I therefore served for some years as a federal prosecutor doing felony cases involving GIs. 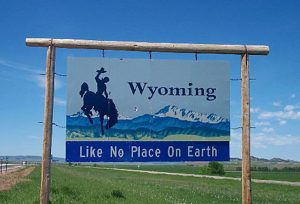 Soon after arrival at my first lawyerly assignment in Cheyenne on the high plains of the Front Range of the Rockies—yee-haw—I was handed a warrant with my name on it and sworn in a second time as a Special Assistant United States Attorney for the Federal District of Wyoming. This was a very elongated title for a junior lawyer who handled mostly guilty pleas in front of a federal magistrate judge. Think civilians shoplifting on the air base, ranchers firewood poaching in the national parks, and the occasional drunken assault from the Wind River Reservation. All in all, great training for a brand-new lawyer.

I learned some things along the way that may or may not be relevant to the Recent Unpleasantness in the Eastern District of VA and the Southern District of NY, so here are some random thoughts from my days representing the United States v WhatsHisName. 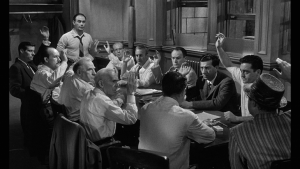 Let’s start with this revelation—or at least it was a revelation to me. Almost all jurors really want to do the right thing. (Which explains a lot of the excruciating length of the deliberations in U.S. v. Manafort.) They really want to believe the defendant was innocent and they really want to follow the judge’s instructions on the law. They also almost always show admirable diligence reviewing the evidence—and in U.S. v. Manafort there was a LOT of evidence. The things they really, really hate are lawyers talking down to them, insulting their intelligence, or playing them for rubes. If you want to convince a jury to ignore your witnesses and your evidence, treat them like 10-year-olds. They. Will. Punish. You. Nota bene.


That said, jurors—like all other human-type beings—love to be told a good story. As a prosecutor, you always had the burden of coming up with a convincing story. In hoity-toity legal circles, this is referred to as your “theory of the case.” Yeah, whatever. It’s the story you’re going to tell. And that story gets told in your Closing Argument. It is NOT told in your Opening Statement—think of that as a movie trailer that gives a little peek at what the movie’s about but is really designed to get you interested enough to come see the whole movie.

Opening Statements can be dangerous for the prosecutor—you absolutely, positively have to keep any and every promise you make during Opening. For example, if you say, “Ladies and Gentlemen, the Government will show that the Defendant had a long history of wanton disregard for the danger to others from his drunken and reckless actions,” you sure as shootin’ better come up with a witness or two or some documents that show he was drunken and reckless in the past. And if the Defense manages successfully to object to that evidence, you’ve just pooched it. Promise broken and…. They. Will. Punish. You.

I was a little odd in the way I approached cases. As a prosecutor, I worked with the investigators for some time before trial and I was always the first lawyer to see any reports or statements or physical evidence. Before even sitting down to start working up my Theory of the Case, I knew a lot about it. So my process was to sit in my office, feet up on the window sill, thinking what story I’d like to hear about this case were I a juror. Yep, I actually started with my Closing Argument and then worked backwards.

There may be a lot of criminal lawyers who do this, but I haven’t met any that I didn’t teach or train. The idea is figure out what you want to be able to say to the jury, then spend your time and effort figuring out what testimony, forensics, documents, experts, charts, photos, whatever you have to get into evidence to be allowed to say that stuff in front of the jury. Trust me, here’s the one objection you do not want to hear during your Story Time with the Jury: “Objection, your Honor. The prosecutor is arguing facts not in evidence.” Worse yet, you don’t want to lose said objection. 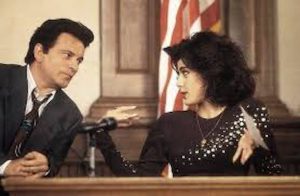 Now, here’s another thing that may shock some Non-Lawyer Readers. If I had the luxury of choosing the kind of evidence I’d present, my absolute last choice was… eyewitnesses. They are nothing but trouble. This isn’t to say eyewitnesses are bad or evil. They just have all the perception, cognition, and memory deficiencies of any of the rest of us. As a result, they’re easy to fluster on the stand. Defense counsel LOVE to cross-examine eyewitnesses. Go watch the cross-examinations during the trial scenes in My Cousin Vinny. I used that movie as an introductory training film for students when I was a law professor. (Did I fail to mention I was once a criminal law professor?) 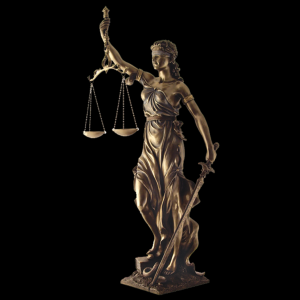 Let’s be clear—and this is something Ignorant People/TV Talking Heads genuinely don’t understand. Circumstantial evidence is not bad evidence. It’s not weak evidence. It’s no innately less valuable or probative than eyewitness testimony. To make this clear, remember that DNA evidence is… circumstantial evidence. Does the defendant’s DNA found in the crime scene mean he committed the murder? No, I say! It means he was at some point in time inside the crime scene so, depending on all my other evidence, it may have given him the opportunity to commit the murder.

So you see how this works? I could have one eyewitness declare, “I saw him at the crime scene!” Under withering cross-examination, said eyewitness then states that she’s almost blind and wasn’t wearing her glasses and there was only a little light filtering in through the window. Furthermore, she makes a cross-racial identification, proven by much research to be often inaccurate. And finally, she contradicts herself twice on the stand because she is nervous. 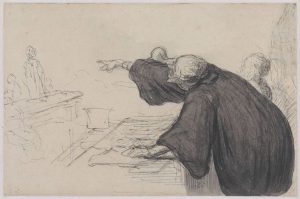 Now, do I want to rely solely on this witness? (Let’s assume that’s all I’ve got, except for the corpse and he’s not talking.) Or do I want the DNA putting the defendant inside the crime scene, a receipt for a handgun he bought of the same caliber as the murder weapon, and testimony from a co-worker that the defendant and the victim had recently had a huge shouting fight over the victim’s sleeping with the defendant’s spouse?

See? I can tell a cracking good story from my circumstantial evidence. Or I can spend my entire Closing Argument trying to convince the jurors that my half-blind, dimly lit, different-raced eyewitness really should be believed.

I loved Closing Argument—it was pure performance art. Someday I may even reveal to you how I won the Prosecutors’ Closing Argument Betting Pool by working Elvis into every one of my Closing Arguments for twelve consecutive months. But that will be a future blog.

See what I did there? Opening Statement…