Why I Love Shakespeare 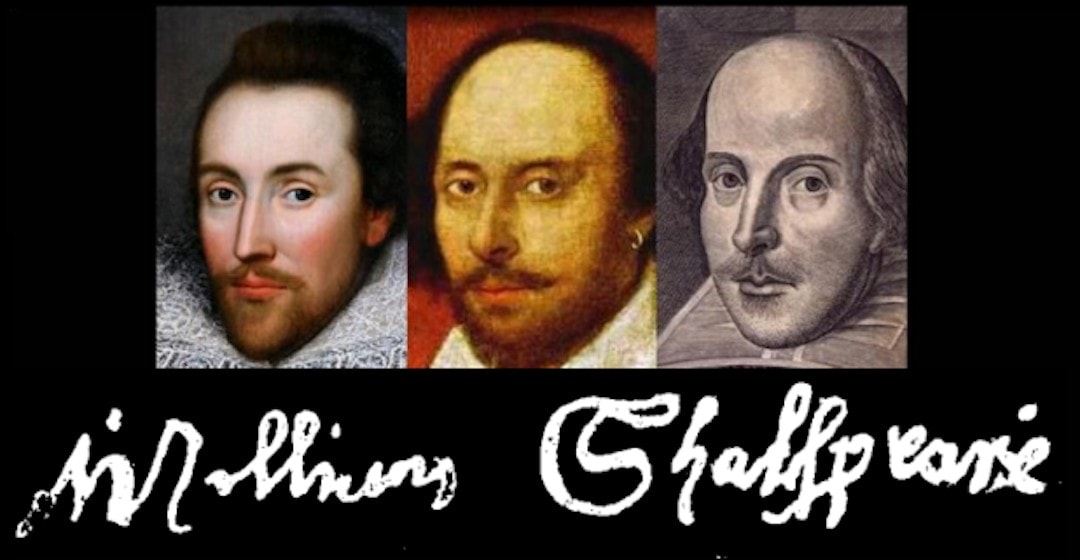 I’ve used a favorite Shakespeare quote in business correspondence several times over the years. It’s from the first act of Julius Caesar:

There is a tide in the affairs of men,

Which taken at the flood, leads on to fortune.

Omitted, all the voyage of their life is bound in shallows and in miseries.

Admit it, that’s pretty darn cool. And it’s so much more gentile than saying, “You snooze, you lose” or “You better poop or get off the pot.”  Of course, long before Shakespeare, the Romans came up with the perfectly serviceable carpe diem. And although what attorney doesn’t love Latin, there’s the overriding lawyering axiom, “Why use two words when 32 will do?” 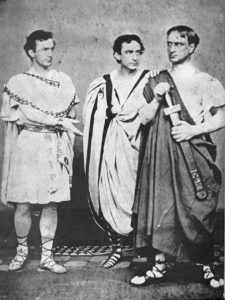 Julius Caesar was the first Shakespeare play I ever read, in English II (Poetry and Drama) my sophomore year at Skeeterville High. I guess it’s kind of the standard gateway drug for Shakespeare, since it’s a Well-Known Tale and considered more… accessible, shall we say, than a lot of Billy Shakes’s works. Or alternatively, as the most common first-assigned Shakespeare, it serves equally well as aversion therapy for those inclined to develop a lifetime distaste for The Bard.

As for me, I loves some Shakespeare. Yeah, I know, the language is by now rather archaic. In particular, the jokes. Many of you are now saying, “Huh? Jokes?” Let me assure you Mr. Bill was a ninja master of the pun and the sexual double entendre. And his stuff killed at The Globe back in the day. By which I mean the Elizabethan day. Seriously, I’m absolutely certain many an early 17th-century London playgoer peed his codpiece with laughter. That they were generally Very Drunk Indeed whenever at the theater may or may not have heightened this comic effect.

So at the tender age of 15, I had my encounter with Caesar and Brutus and that Skinny Guy who always looked hungry. But I was hooked and, a mere 18 months later, found myself in a pair of turquoise tights o’er-topping yon garden wall in a Skeeterville summer stock production of Romeo and Juliet. As Romeo.

Yeah, I know it’ll take brain bleach to get that image out of your cerebral cortex, but it’s true nonetheless.

I assure you I do not wear tights anymore, turquoise or yellow or particolored. At the time, as The Male Lead, I had several costume changes, so I’ll let you in on a secret of the tight-wearing theater. You put on your tights in reverse order. When you need a quick costume change—as all Romeo’s seemed to be—you peel the outer tights and presto, new tights. Throw on a doublet, a dirk and a floppy hat, maybe a cloak for night scenes, and you’re good to go.

The problem with this is that you have to put on all the tights you need before—and then after—intermission. As I recall, that was four before and three after, with a scramble at intermission to get the new ones on. So for the first couple of scenes, you’re walking around with four pairs of tights on, giving you a semblance of elephantiasis. Or at least cottage cheese thighs. And these were heavy tights—not sheer Hanes panty-hose thickness—worn under hot theatrical lighting. This necessitated careful attention to two words—butt sweat—resulting in much surreptitious tugging of one’s doublet in back. Thankfully, I was a really skinny teenager, so all those tights sort of bulked me up, like those big bottles of Gonzo-Hulk protein powder you get at the gym.

Oh, and since these were tights, you had to wear what was euphemistically called a “dance belt” underneath. This was, for the uninitiated, basically a ridiculously snug elastic jock strap designed to crush one’s, errr, “plumbing” into a pleasing contour that would not offend the blue-haired season-ticket holders in the Dress Circle. ’Nough said.

But I digress. As Shakespeare was occasionally known to do, too.

We don’t really know much about Shakespeare’s life beyond the minimums—life, death, marriage, parents, kids, last will and testament. And maybe that’s for the best. We can freight him with whatever we want. Was he straight? Gay? Bisexual? Who was that Dark Lady of his sonnets anyway? Was he really sucking up to Queen Elizabeth or just trying to make a few quid off her brand? I’d say yes—or no—to all the above. Because we have so few uncontested facts about him, he’s whatever we need him to be. And that may explain some part of his durability.

Sure, there’s been a raging scholarly debate for a couple of centuries as to who wrote the 37 plays attributed to Shakespeare. There’s an active body of “Anti-Stratfordians” who still assert that a glove maker’s son from a podunk provincial town couldn’t possibly have created a body of work so beautiful and accomplished. They go for alternative authors like fellow playwright Christopher Marlowe or the Earl of Oxford or Sir Francis Bacon. But I see this debate as Exhibit A for the old adage (not, as far as I know, invented by Shakespeare), “The reason disputes in academia are so bitter is because the stakes are so low.” 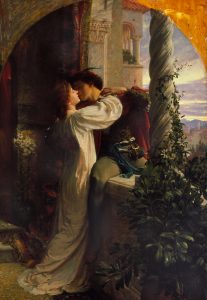 I can still recite most of the balcony scene from Romeo and Juliet—there may not be a more beautiful ten minutes of theater written in English or any other language. Would a 17-year-old boy and a 13-year-old girl express their flaming newfound love/lust with such eloquence, even in 1595? No, of course not. But who cares? These were Shakespeare’s teenagers—whose first conversation when they meet in Act I, Scene 5, is a perfect sonnet. So it’s really no surprise a mere two scenes later they’d be saying:

That which we call a rose

By any other word would smell as sweet;

So Romeo would, were he not Romeo call’d…

With love’s light wings did I o’erperch these walls,

And what love can do, that dares love attempt…

Or my all-time favorite:

My bounty is as boundless as the sea,

My love as deep; the more I give to thee,

The more I have, for both are infinite. 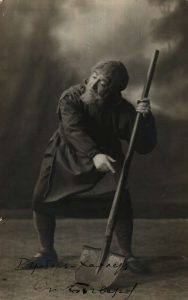 It doesn’t get much better than that, am I right? But admittedly, RomJul is also one of Shakespeare’s more accessible plays. The tragedies in particular can have some very dense allusions and creakingly archaic references. And his elaborate puns and word play can make your head spin like Regan’s in The Exorcist (who shares a name with one of King Lear’s daughters). Like this repartee when Hamlet asks a gravedigger whose grave he’s, well, digging:

Hamlet: I think it be thine indeed, for thou liest in’t.

Digger: You lie out on’t, sir, and therefore ’tis not yours: for my part, I do not lie in’t and yet, it is mine.

Hamlet: Thou dost lie in’t, to be in’t and to say it is thine: ’tis for the dead, not for the quick: therefore thou liest.

Digger: ’Tis a quick lie, sir, ’twill away again from me to you.

Hamlet: What man dost thou dig it for?

Digger: For no man, sir.

Hamlet: What woman then?

Digger: For none neither.

Hamlet: Who is to be buried in’t?

Digger: One that was a woman sir, but, rest her soul, she’s dead.

Do try to keep up because that’s some world-class punning right there. And if you’re thinking Mr Shakespeare beat Abbott and Costello to the “Who’s on First” punch by, say, 400 years, you’d be absolutely right.

I remember taking a Shakespeare survey class as an undergraduate at Tulane. Inevitably, someone complained that one of the plays we were assigned was “just so full of clichés” because so much of his best phrases have entered the canon of English idiom. Many words that we think of as common usage were literally invented by Mr. S—he’s credited with creating over 1,700 words, many still in regular use like birthplace or blushing.  And his inventions include scores of verbs used as nouns and nouns used as verbs—something that is Very Modern Indeed. This speaks volumes on the impact of Shakespeare’s work on modern English. 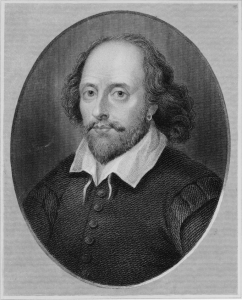 As I told each of my children when s/he inevitably complained about having to read Shakespeare in high school, “Yes, he’s difficult. And yes, you have to work at Shakespeare. But in the end, he’s worth it.”

Or to paraphrase Bill, the more he gives, the more we have. For both are infinite.