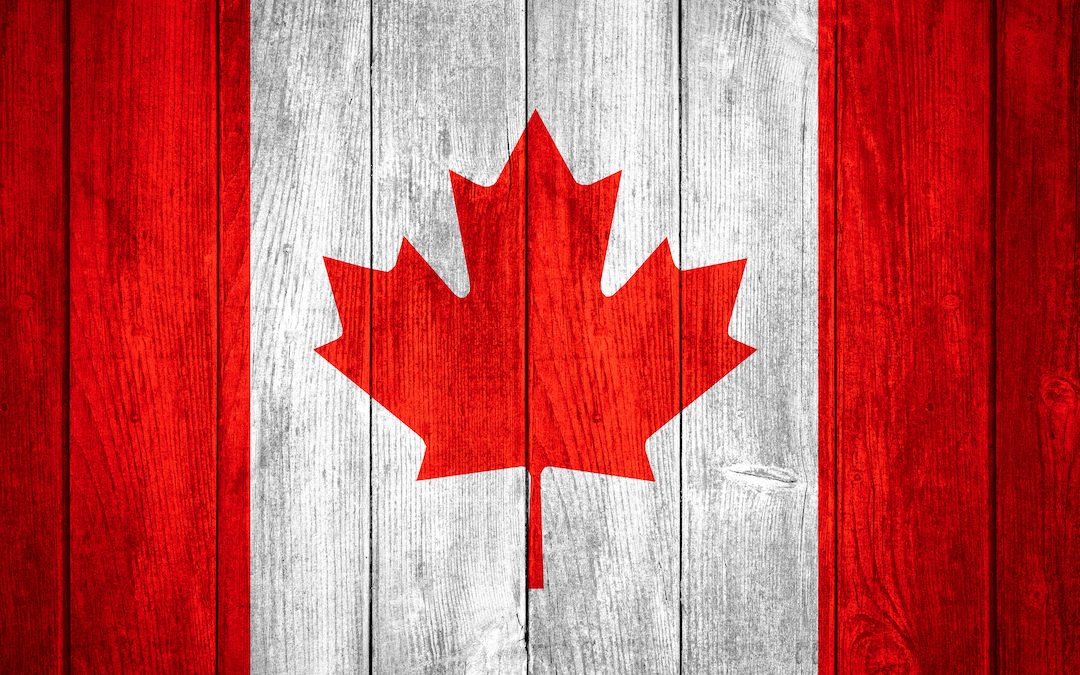 [Author’s update: I wrote this blog post BEFORE my third novel, No Hero’s Welcome, hit #1 on Amazon’s Canada Best Seller List in both Literary Fiction and Historical Fiction on Friday. Which only made me love Canada all the more.]

So while totally nation-state crushing on Canada—and for relief from the never-ending clown show that is American and/or British politics—I followed the recent Canadian general election with self-satisfied pleasure. Kind of like a sorbet in between the courses of Impeachment Inquiry and Endless Presidential Campaign and Brexit Madness. I figured it would be a cultural palate cleanser.

Living in Virginia, I’ve had my personal fill of Blackface Costume Crisis for this lifetime, what with both the Governor and the Attorney General of said Commonwealth owning up to blackface incidents in their not-so-reassuringly-distant pasts. Surely not in Canada? 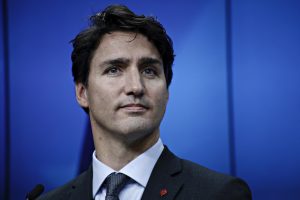 Oh, Justin Trudeau. This is a guy who really loved dressing up, often accessorized with brown- or blackface. My son Scooter spent most waking hours between the ages of two and six as a crusader knight or a mini-Robin Hood and I don’t think he even came close to touching the amount of costume time Justin Trudeau racked up as an adult. Justin admitted he didn’t even know how many times he’d donned blackface makeup. Of course, he offered his sincere apology based upon the fact that he’d lived such a cosseted and privileged life that he couldn’t possibly have known this would offend anybody. 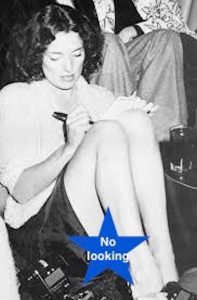 Okay, there’s a lot of truth in that. He’s the oldest son of the most beloved prime minister in Canadian history, Pierre Elliott Trudeau. On top of that, his mom was Margaret Trudeau. Despite the 29-year age disparity between her and Pierre, they managed to produce three children in six years before separating. Margaret then embarked on a devastatingly cool jet-setter lifestyle that included dancing at Studio 54, hanging out with Andy Warhol, and sleeping with Ted Kennedy and two of the Rolling Stones. (Mick and Ron, if you must know.) I even have a fading memory of a black-and-white up-skirt photo — you know, before that was a thing — of Margaret. This was all the more shocking because she was, as the French would say, sans underwear.

The debates during the general election campaign in the Great White North were thoroughly un-Canadian. Candidates actually insulted other candidates! Granted, the severity of these insults compared to political discourse South of the Border was equivalent to a vicious beating with an overstuffed feather pillow. But this is Canada, where insulting people runs the risk of losing your Tim Hortons’ drive-through privileges.

To illustrate the severity of this trading of insults in a public place–possibly a Class B misdemeanor in Canada–let me recount an anecdote. I was working a joint investigation board with Canadians once when I was in the Air Force. I became friendly with their senior guy, a French-Canadian general, and had a lot of late-night chats with him. I mentioned once that I didn’t think I’d ever met an actual Canadian jerk. He said, “You know what they say—if you kick a Canadian in the ass, he’ll immediately apologize for letting his ass get in the way of your foot.” That demonstrated a lot of cultural self-awareness. 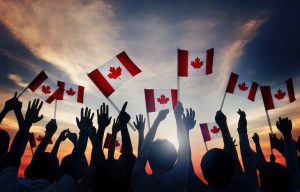 Well, in the end Justin Trudeau and his Liberal Party sort of, kind of scraped through. They don’t have a majority in Parliament anymore, but they still have the most seats and there are exactly zero of the smaller parties who would consider for a moment supporting the Conservatives. So with a little political elbow grease—and putting away the blackface makeup—Justin ought to have an uninterrupted second term as Prime Minister. Which judging by the longing goo-goo eyes that our current First Lady of the United States makes at him at every opportunity, that will be a very good thing for Canadian-American relations. Or maybe not. Kinda depends.

I love Canada so much that I set a big chunk of my first novel there. Okay, not exactly there. It’s set in Newfoundland during and after the First World War, and technically speaking Newfoundland wasn’t part of Canada until 1949. They only joined the Canadian Confederation after some browbeating by the United Kingdom and basically bankrupting the dominion operating a railroad nobody really wanted to use. I mean, there’s just not that many places to go in Newfoundland and almost none you can’t get to easier by boat. But I digress. 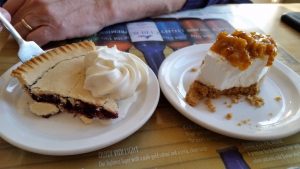 So Kay-Kay and I spent some time up in Newfoundland, nominally doing research for my book, but in reality eating a lot of cod fried in bacon fat and endless slices of various berry pies. We talked to a lot of Newfoundlanders, who speak a dialect of English that contains no equivalent to the term “too much information.” Within 45 seconds of meeting any Newfoundlander you know entirely too much about them. Guaranteed. But they are a warm and welcoming bunch, as island people everywhere seem to be. Their mainland Canadian cousins differ only in degree of amiability and ease of verbal comprehension. 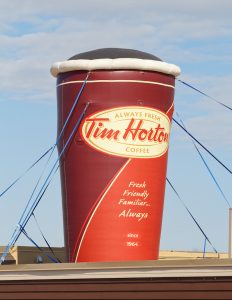 It’s easy to feel comfortable in Canada, it being so very much like Wisconsin or North Dakota. There are some differences, however. For example, I actually had to Google up how to order coffee at Tim Hortons. Now let’s frame this by situating Tim Hortons in its proper place in Canadian culture, which is somewhere well above religion but slightly below hockey. I mean, everybody goes to Tim Hortons. Kay-Kay and I got an early morning start once in Newfoundland and we passed a Tim Hortons on the outskirts of a town so small you really couldn’t say it had outskirts. Okay, the Tim Hortons was in the middle of a field. But at 7 o’clock in the AM, the cars at the Tim Hortons’ drive-through extended in a zigzag through the parking lot like a Disneyland roller coaster line and spilled out onto the shoulder of the two-lane highway for about half a mile. Unless Tim Hortons’ employees have the ability to brew coffee and bag doughnuts at the speed of light, this collective addiction must impact employee productivity all across Canada. 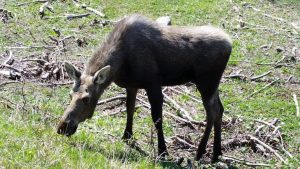 In possibly the most Canadian news story ever, I ran across a piece from a Newfoundland paper wherein the Mounties were called to deal with three moose who had made their way into a Tim Hortons’ drive-through and, apparently indignant that the store was temporarily out of honey crullers, caused a major traffic jam by refusing to depart. (I may have made up the part about the crullers, but they are good enough to stop a moose in his tracks.)

Our first time in Tim Hortons on our Newfoundland trip, Kay-Kay and I stood in line at the counter in complete puzzlement at what was transpiring. You have to order in some sort of Esperanto that only Canadians seem to know. That’s why I had to Google up how to order. Turns out what I drink is a “large regular 4 x none.” I’m still not sure exactly what’s in that, but it’s at least drinkable. 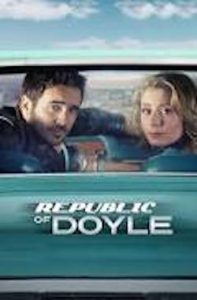 It’s interesting that I love Canada so much even though I’m often confused by Canadians. I seek out Canadian television programs to watch. A few Christmases ago when none of our kids came home, Kay-Kay and I binge-watched all six seasons of “Republic of Doyle” set in and around St. John’s, Newfoundland. In the early seasons, they tried to be “accessible” by minimizing use of Newfounese dialect. As the show gained in popularity, however, they really pulled out the stops by Season Six. It’s a good thing we were watching on demand, so we could stop and jump back five or six times to figure out what some character just said.

Recently, I’ve fallen for the quirky Canadian comedy, “Letterkenny.” It’s set in a fictitious smallish rural town in Ontario, so the dialect isn’t as difficult as in “Republic of Doyle.” However, the vocabulary in the scenes featuring the dopey hockey jocks is so impenetrable to anyone who wasn’t raised in the Cult of Canadian Hockey that it’s impossible to get the jokes—which are actually hilarious—without having a hockey slang glossary open on your iPhone. That and the on-demand rewind feature. It’s kind of like Shakespeare—you have to really work at it, but in the end it’s worth it.

So I’m happy Canadians have a government and that Justin Trudeau is in charge. It isn’t so much his politics I like. It’s more because a couple of years ago I stumbled upon a YouTube video of him as a guest several years ago on a Canadian talk show. The host asked him to do his well-known party trick, which consisted of the now-Prime Minister of Canada falling down a flight of stairs without getting hurt. It seems Justin had been taught this trick by a stuntman and it killed on the party circuit.

I’m a little disappointed he didn’t do the stair trick when that blackface thing got out of hand. That’s what any self-respecting American politician would’ve done, literally or figuratively.