Virtual Living in the e-Cave 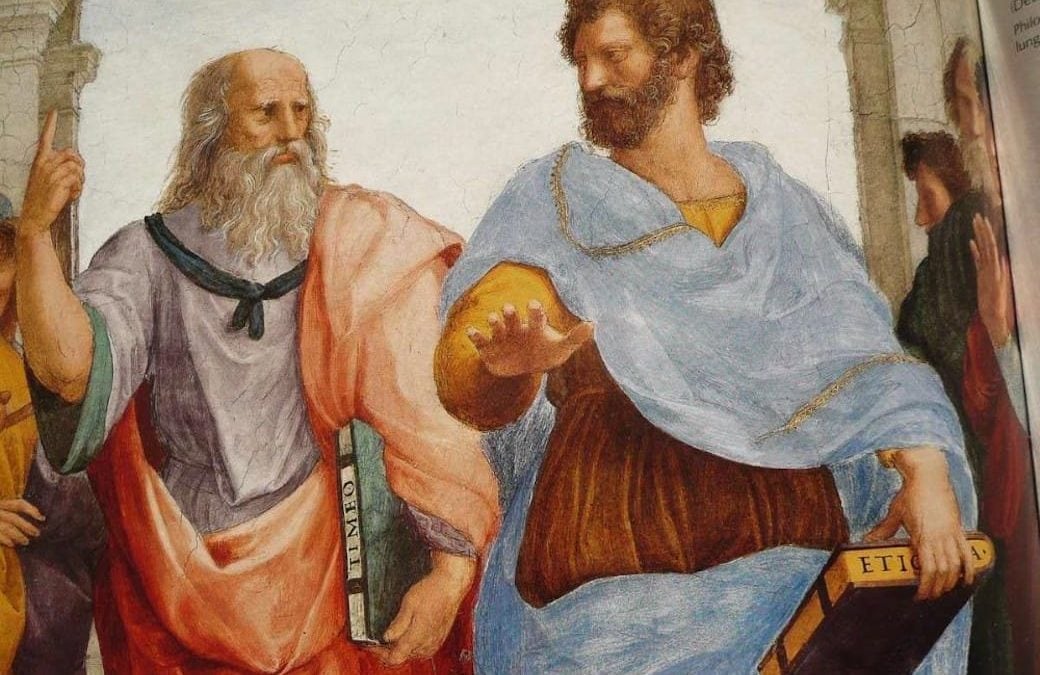 I wrote this post in early 2017, just as the Trump Era was dawning. So much has changed online since then, including massive numbers of American working and living virtual during COVID. Even what constitutes truth and who gets to decide is kind of a jump ball right now. Seems a good moment to dust this off.

I’ve had a running battle with my #2 Son, Doobie, for years over how much time online is too much time. To frame this argument, two factoids.

First, Doobs was born in 1988 and has no summonable memory of a time without a computer or video games. 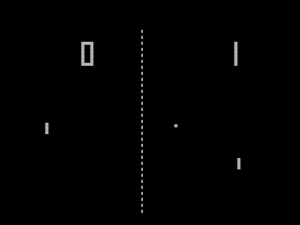 Second, I recall c. 1976 when my Dad brought home a first generation Atari with… PONG! Me and my pubescent pals sat around in the barrel chairs of our rumpus room (seriously) watching a white square move across a black screen (yep, seriously), hitting it back and forth with a skinny white rectangle controlled by a Fisher Price-sized knob (still seriously). Then, to our utter amazement, with a flip of a rather large switch, you could play… HANDBALL! The same white square moved across the B&W screen until it hit the edge and bounced back!!! We nearly wet ourselves.

You get the idea. So let’s look at both sides of this Living Virtual Thing. Well, let’s look at my side of this. It’s my blog. Doobie can get his own.

I don’t abhor video games or surfing cute cat videos. Google and Wikipedia are the two greatest things conceived by the mind of man since Pringles. I’m a writer and The Google has liberated me from having to walk into a LIBRARY and LOOK UP STUFF in smelly old BOOKS. I also enjoy keeping up with people I didn’t like very much in high school. So I’m not some digital Luddite tossing my Chucks into the gears of the World-Wide InterWeb of Things & Stuff. 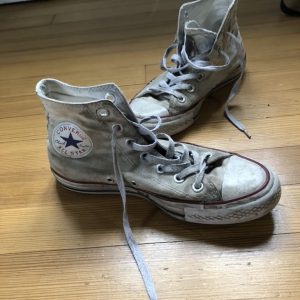 [Author’s Note: I’ve been wearing Chuck Taylor’s since LONG before Kamala Harris came along and appropriated them. I have three well-worn pairs in assorted colors. This makes me Proto-Cool, I believe. Or perhaps old.]

But I do have two anxieties in regard to excessive digital virtual-ness. These are, in ascending order of importance, eCrack Addiction and The Cave. Any questions?

Some explanation may be in order.

Living life virtually has genuine physical effects beyond the inability to move out of one’s parents’ basement or subsisting on a diet of Cheetos and Pop-Tarts. Although clearly I could live on Frosted Brown Sugar Cinnamon Pop-Tarts. We’ve known for a decade that video games trigger a sustained fight-or-flight response. And without ever requiring that you actually fight or flee.

Clicking a lot on anything spikes the level of dopamine in our brains. That’s one wicked-cool drug and you don’t even have to buy it from a sketchy guy named Poochie. A lot of recent research shows some really hinky psychological and neural effects from too much social media engagement, too. So whether it’s multiplayer first-person shooter gaming or Facebook vacation-photo envy-surfing, too much digital engagement is addictive. Like crack. And that can’t be good, I’m pretty sure. [Author’s Note: Again, this was written before the Trump Era. Now that we’re post-Trump Era, well, I rest  my case.]

My second anxiety is with Plato. And also Play-Doh, because it smells so good that I always want to bite into it. But let’s stick to what’s really relevant here: ancient Greeks. 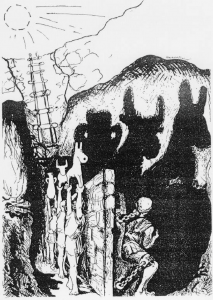 In Book VII of The Republic, Plato recounts a one-sided chat between his pesky brother Glaucon and his wise old teacher, Socrates. The gist is this. Imagine everybody chained in a cave so they can’t move and all they can do is look straight ahead at the cave wall. Then, imagine a fire burning behind them with a low wall in between. Now, suppose there was a merry bunch of pranksters sneaking around behind the wall with shapes and objects and whatnot on sticks, casting shadows on the cave wall. (Full disclosure: I once went to a shadow puppet play in Indonesia. It’s infinitely more interesting in concept than in reality. Trust me on this.)

What then do these chained-up cave dwellers consider to be real? It’s whatever shadows the guys sneaking around behind the wall decide to create with stuff on sticks, right? And Socrates—a guy I want to do wine bongs ‘round the krater with fer sure—adds the wrinkle that the cave’s acoustics make it so you can hear the voices of the pranksters and your fellow chainees, but you can’t tell where the noise is coming from.

Are we feeling my virtual-digital metaphor yet? No? OK, now imagine those shadow-pranksters are named “Zuckerberg” and “Bezos.” 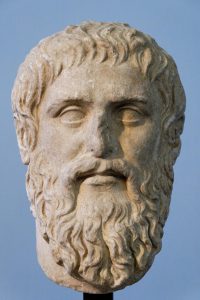 And to make matters worse, Plato has Socrates tell us that if you take one of the cave dwellers outside, he’s so blinded by the real sunlight he can’t even perceive the actual stuff all around him for awhile. Then, once he becomes accustomed to seeing what’s real, if you take him back to the cave nobody will believe him and they might even kill him if he asks to leave again. Yikes.

Ergo, The Cave is my second anxiety about digital/virtual living. And we may have exited the cave on 20 January. Or perhaps on 6 January.

Granted, there are a couple of sizable differences between Plato’s Cave and our e-Cave. Most important, we can choose our cave. If we only want to hear one kind of voice and see one particular set of shadows, we can do that. And it can be very comforting when all the shadows and voices surrounding us are exactly what we want to see and hear. Who’d blame us for never leaving, am I right? This, of course, is the path to denying reality, to the Echo Chamber, to a pure world of Confirmation Bias. This is where I should point out that ‘reality TV’ is actually NOT real. But you knew that, right?

The second big difference between us and Those Old Greek Guys is that there are a heckuva lot more shadows and voices in our caves. So many we oftentimes can’t even figure out what the shadows represent. The echoing voices are so insistent and so unceasing we just give up trying to distinguish them.

So the moral of today’s lesson is… come out of the cave. Your eyes will adjust, I promise. Besides, we have way cooler shades and better footwear than the ancient Greeks.