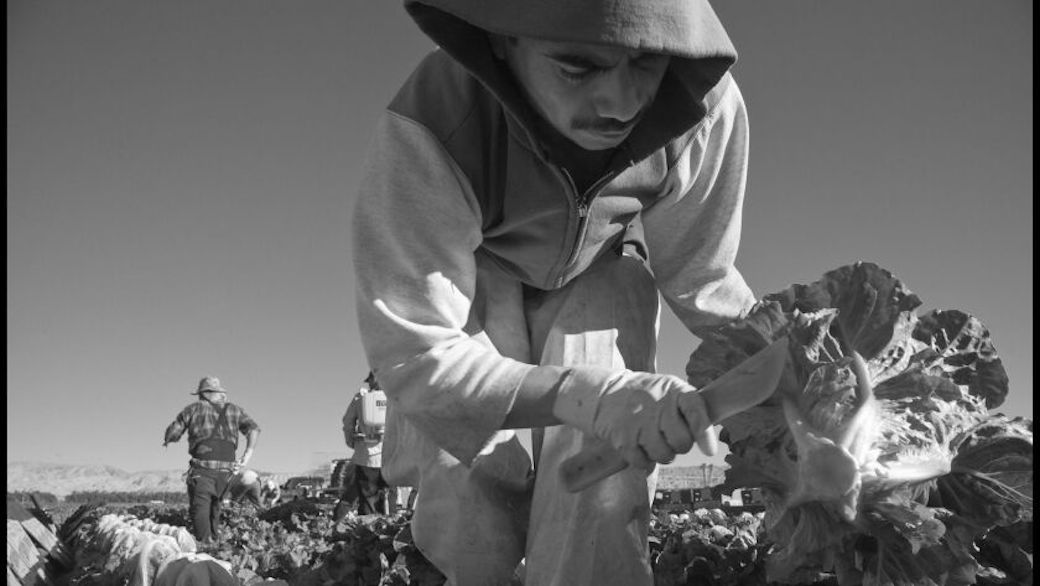 Amongst all the hyperbolic statements from opportunistic GOP politicians and raving-loony hate-spewing Fox talking heads, we’ve lost sight of an undeniable fact about immigrants in America. We need them a lot. 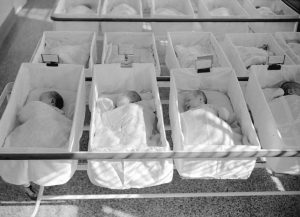 Let’s start with some simple math. The fertility rate among American women has been dropping steadily for decades. The year I was born, American women bore an average of 3.65 children each. Conveniently enough, both my mother and my mother-in-law had four children apiece.

Today that number is 1.7. Replacement level—that rate at which the population remains constant—is 2.1. So our native-born population is contracting.

Why does this matter? Here’s a simple example: Social Security solvency. Once again looking to the year I was born, for every person collecting any type of Social Security benefit, 5.1 workers were paying into the trust fund. Today that number of payers is 2.7 per payee. The broad-based funding scheme with lots of contributing workers at the bottom supporting a relatively small number of retirees at the top is beginning to look more like a column than a pyramid.

Now that Boomers are retiring in droves, the funding assumptions underpinning Social Security and Medicare are shakier than ever. 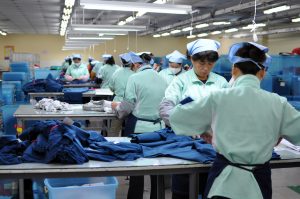 Couple this cheery piece of math with the shrinking size of our overall labor force. Twenty years ago, the labor force participation rate—how many Americans are in the work force—was 66.8% of total population. The other third of the population was young, retired, stay-at-home, or disabled. Fast forward to now and that rate has dropped to 61.6%

So not only is the social insurance funding pyramid getting steeper, it’s getting smaller.

The Bureau of Labor Statistics, one of the most highly regarded statistical agencies in the world, publishes a lot of demographic data. Being a Semi-Professional Statistics Geek, I actually enjoy sifting through their stats. I’m a lot of fun at parties. 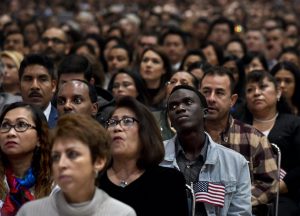 Here’s one that spooks me more than a little. This August, there were about 10.4 million unfilled job openings nationwide. In September, there were 6.0 million people not in the labor force who said they’d still like a job. These people are the reserves, those who aren’t counted in the labor force but still want to work. The easy math says we are short 4.4 million workers, even if all these reserve workers get employed.

Sure, we may be able to coax a few more people back into the labor force. Think younger retirees or stay-at-home parents who take seasonal jobs to earn a few bucks for Christmas and help out during the rush. But no way are we finding anywhere near 4 million more full-time workers that way.

The only place to find the workers American businesses say they need right now is… immigration.

We have various flavors of visas—some temporary (J visas), some renewable (H and L visas), some open-ended (EB visas). The combination of COVID and growing hostility to foreigners has significantly reduced the uptake of these programs. And of course, whether temporary of permanent, these visa holders are… immigrants. 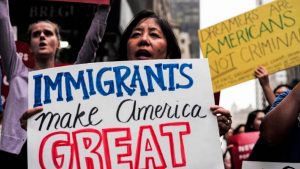 It’s a real thing, the immigrant pinch. Kay-Kay and I split our time between our place in Williamsburg (Virginia, for you provincial Brooklyn cave dwellers) and our house on the North Carolina Outer Banks. Both these locations are tourist areas and to a greater or lesser extent seasonal.

Our grandson, Goober, was visiting with us for three weeks this summer and we had him in both places. Let’s start with Virginia. When we took Goober to Busch Gardens (an amusement park) and to Water Country (a water park), we readily felt the impacts from the lack of available immigrant labor.

Busch Gardens and Water Country both have used a lot of J-visa workers in years past. These are mostly university students from Eastern Europe who come to work temporarily in the US to perfect their English and see a little of America. Those scores of fit and tanned lifeguards at Water Country? Mostly Polish. The legions of workers running all the rides and roller coasters at Busch Gardens? From the entire roster of ex-Warsaw Pact countries. 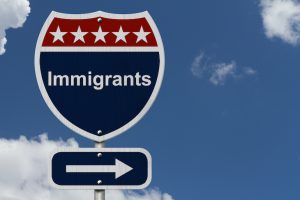 Except this year, not so much. I mean really not so much. Water Country was unable to keep all its slides and various wetty things open. Only half the food stands, too.

Busch Gardens couldn’t keep all its concessions and attractions open either. Even their famous roller coasters were rotated in and out of service each day. The sky trams were closed, which are very popular amongst those who don’t want to schlump up and down the hills of the infamously confusing park layout. There just weren’t enough workers to keep everything open and running.

And it goes without saying, lack of labor hit bottom lines all over the Historic Triangle.

When we took Goober to our place on the Outer Banks, things were even worse. The OBX is another area whose seasonal economy has long depended on J-visa summer workers. Every single place we went—stores, restaurants, amusements—everyone was desperate for staff. Signs were up everywhere apologizing for slow service and begging for patience. That patience was often in noticeably short supply. 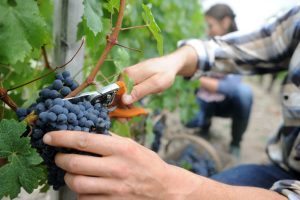 It’s not just the tourist areas. In California, Arizona, Florida, Oregon, and Washington, produce growers remain at risk of their fruit and vegetable crops rotting in the fields or on the trees for lack of hands to pick. California alone requires over 500,000 migrant farm workers—many undocumented—to gather in the harvests.

This is a direct result of the Border Mania that’s been sending Fox news hosts and White nationalists and plain old nativist bigots into conniption fits for the last four years.  Ironically, these are the same people who will wail loudest if they can’t get $3 iceberg lettuce or $4 seedless grapes.

Some growers have tried hiring American citizens to pick for them. Approaching 100% will tell you that the very few citizens they can even get to take the jobs invariably last only a day or two at this kind of backbreaking stoop labor.

Economic principles tell us that growers could get citizen-pickers if they paid them more than immigrant workers. Probably a lot more. But the wages they’d have to offer US citizens would be reflected in the price of fresh produce at supermarkets nationwide. Think $5 iceberg and $7 seedless grapes. During sales. 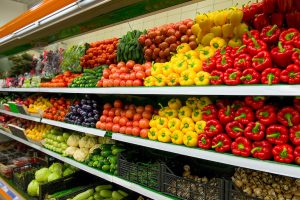 In short, from pure demographics, we desperately need immigrant workers in America and the need is only going to get more desperate over the coming decades. Native-born Americans simply aren’t making enough babies. At least not enough to carry on business as usual with our biggest social welfare programs for much longer.

The cheap food system to which we overfed Americans have grown so accustomed? For the last 75 years it’s rested on the sharp differential in labor costs between a high-wage United States and a low-wage Mexico. And we’ve been cutting off our noses to spite our faces by clamping down on the southern border so zealously with our misguided anxieties and unfounded prejudices. 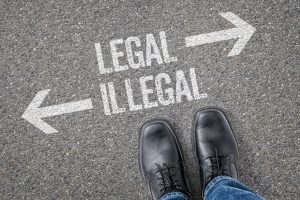 Something has to give and it needs to be our completely dysfunctional immigration and border policies. We need to find agreement on a fundamentally different approach in our immigration laws. We also need to get over our current anti-immigrant paroxysms and depoliticize this crying need for sensible immigration reforms.

I hear the groans. “We have to depend on Congress to fix this? When’s the last time they fixed anything?“

Sadly, that is a very good question. But the answer is one in which we will all have vote come November 2022.