Water Balloons Against the Wall 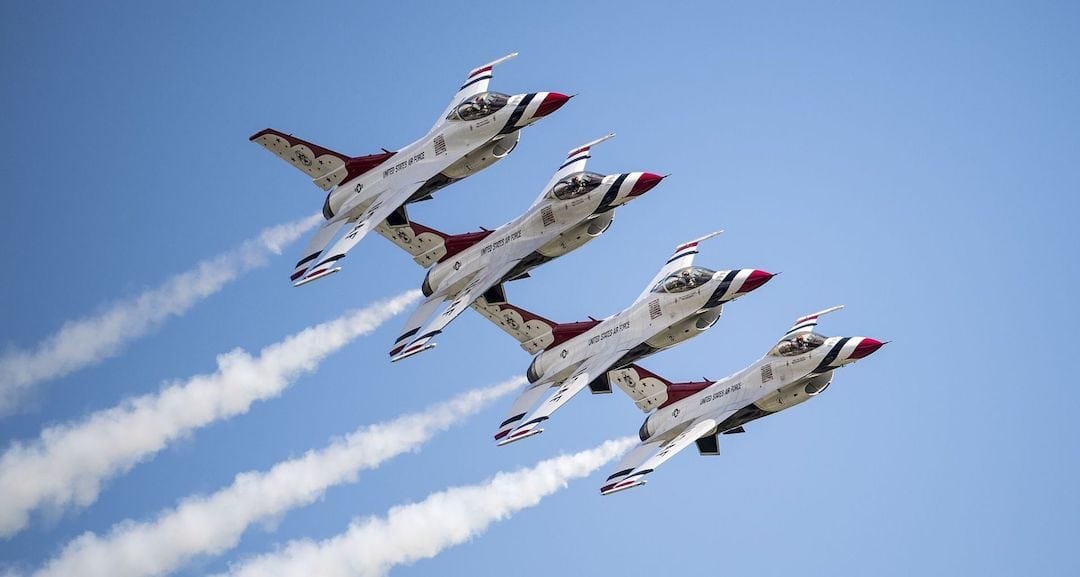 After reading my author bio detailing my 35-year inability to hold a job, I’ve often heard people say, “Your life has been so exciting!” My usual reply—not entirely self-deprecating—is, “It sounds a lot more exciting than it was. I mostly remember being tired.” Also, I recall being stuffed in a lot of airplane seats, of which precious few were business class. 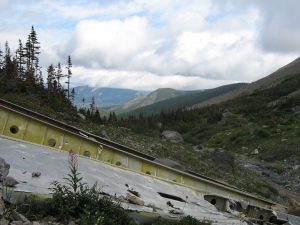 One of the more unique Jobs I Could Not Seem To Keep was as director of aviation accident investigations for the U.S. Air Force’s Air Combat Command. Let me translate this into Civilian Speak—I investigated why airplanes fell out of the sky for the Air Force organization that loses the most airplanes each and every year. For the twenty-two months I held this dubious honor, I oversaw all “Class A Aircraft Mishap Investigations” for the command.

What exactly, I hear you ask, is a Class A Mishap? That would be any accident involving an aircraft, and resulting in a) more than $1 million (now $2 million) in damage, b) complete destruction of the aircraft, and/or c) at least one fatality. Yeah, that was the gruesome part.

I actually found myself in this peculiar position because of my manifest inability to hold a job, it turned out. You see, I started my military career as a navigator, of which I have written in this blog here and here. Then the Air Force sent me to law school, in hopes that I might be competition for the Navy-based TV series JAG. (OK, I made that part up, but only because Mom was a huge fan of that series and really, really wanted to believe my life was just like that.) As a military lawyer, I did a lot of criminal prosecutions, then spent a lot of time working on bombing campaigns and peacekeeping missions. So if your demonstrable skills are being an aviator, prosecuting criminals, and alternately blowing up and rebuilding stuff, the crash investigation gig makes much more sense. The point, after all, is to find something—or someone—to blame.

So I found myself at Langley Air Force Base down in the Virginia Tidewater, awaiting the inevitable phone calls that somebody had just pranged a B-1 bomber in South Dakota or turned an F-16 into a smoking hole in the Arizona desert.

And the phone calls did indeed come. Forty-five in those long twenty-two months. 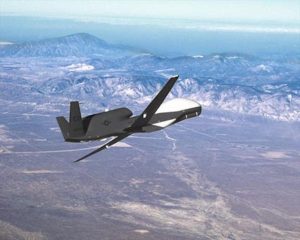 Let me frame this with a little more detail. About a third of these crashes involved “unmanned aerial vehicles”—what you civilians call drones. Even the cheapest ones went for over a million bucks, so a Class A mishap. Some of them had a sticker price over $30 million, being all space-age and high-tech and made of magic stuff I didn’t really understand.

Drone crashes don’t generally kill anybody—you’d have to be really unlucky to have one drop on your head. But they were sometimes interesting. We crashed one of our High-End Models in a mountainous region of Afghanistan that was, shall we say, not entirely controlled by the Good Guys. We sent a Special Forces team to retrieve as much of the Secret Squirrel technology they could, then blow up what they couldn’t. They found one composite wing (replacement cost: $1.5 million) a few miles away—having been scavenged by an Afghani goatherd. I asked the Special Ops guys if they destroyed it and they sheepishly confessed they didn’t have the heart to blow it up after the goatherd had so proudly shown them how he’d used it to put a fancy new roof on his fieldstone barn. That was one premium goat shed.

Roughly another third of the crashes I investigated were a mishmash of various bombers and fighters, with a helicopter thrown in to cleanse the palate. 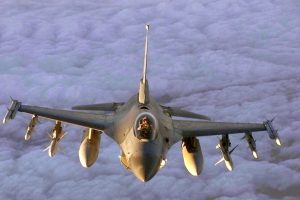 The final third of the crashes I was responsible for untangling were F-16s. Now, the venerable Flying Falcon is a great airplane, don’t get me wrong, and Lockheed Martin has made potfuls of cash selling over 4,500 of them to twenty-six countries over the last four decades. There is one small design issue with the F-16, however—it has exactly one engine. Unlike with a twin-engine fighter—or an eight-engine bomber like the ones I once flew—this becomes a serious shortcoming if/when said engine ceases to function.

F-16 engines were supplied by two different manufacturers—who shall remain nameless since they have Many Scary Lawyers who could sue my socks off. Suffice it to say that the engines produced by one of these companies developed a rather checkered reputation for suddenly and without warning ingesting itself. In aeronautical engineering, this is referred to as A Very Bad Thing. 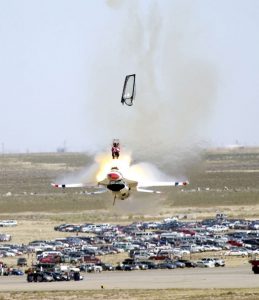 Although lamentable, this euphemistically-labelled “catastrophic engine failure” was seldom fatal. The flight manual for the F-16—the beloved Dash-One that aviators pore over endlessly—is quite succinct. You try to restart the engine once and if that doesn’t work, you point it toward an uninhabited area and eject. “Hit the silk,” as we dashing aviators would say. Or “give it back to the taxpayers,” as we cynical crash investigators would say.

Unfortunately, pilots—especially those in single-seat aircraft with no one else to share the decision or the blame—are sometimes loathe to return to base minus one aircraft. This occasionally resulted in a pilot staying with the airplane too long and never ejecting. Those were always hard cases.

Which brings me to the saddest part of my tour of duty as an accident investigator. Sometimes, people died. Often, these were “high speed, high angle-of-attack” crashes resulting from spatial disorientation or a nighttime mishap, with or without an engine failure. I investigated one crash that killed a highly experienced F-16 pilot who was flying over the Utah salt flats the morning after a very rare overnight rain that left a dry lake bed covered with crystal clear water that exactly reflected the sky. During practice combat maneuvers, he became slightly disoriented and flew directly into it. The only comforting thought was that he died doing what he loved most and literally never knew what hit him. 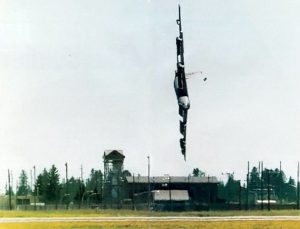 I asked a flight surgeon I’d become friendly with over a couple of investigations what exactly happens to the human body in crashes like that. I’ll never forget what he said. “The human body is really a sack filled with water. When a plane goes into the ground that fast? Well, imagine throwing a water balloon against the wall as hard as you can.”

As tragic as the deaths of the aircrew members were, I also saw much of what they left behind. You see, when there’s a fatality, it’s Air Force policy to have the president of the accident investigation board, always a general, personally inform the next of kin of the board’s findings as to the cause of the accident.

So imagine this scenario. It’s less than 30 days since the crash. There’s usually a grief-stricken widow. Since Air Force aviation is often a multi-generational family business, dad may be there and he’s maybe a former pilot. Often, there’s an assortment of other relatives and best buddies present as well. We bring a chaplain along, too.

The reality of fatal air crashes is that there are almost always multiple causes—mechanical failure, weather, bad air traffic information, inaccurate charts. But I don’t recall a single fatal crash where one of the contributing causes wasn’t… pilot error.

I can tell you from bitter personal experience that for the widow and the grieving parents and the fellow pilot buddies, the very last thing they want to hear is that their beloved spouse, child, or friend contributed to his or her own death. What they hear is, “Bobby killed himself.” That is a tough scene, often filled with a lot anger.

I suppose what all this taught me is how fragile life really is. And not just that big bag of water that is the human body. I also mean the web of relationships and connections that constitute a fully lived human life. These were all robustly healthy people, in the prime of their lives. Their sudden deaths, coming with no warning and barely time for a thought, left gaping holes among those they left behind, just as surely as their violent death scarred the ground.

It’s been 16 years since my last crash investigation and I still have occasional nightmares. Probably always will. That’s OK. At least I still get to wake up next to my wife.