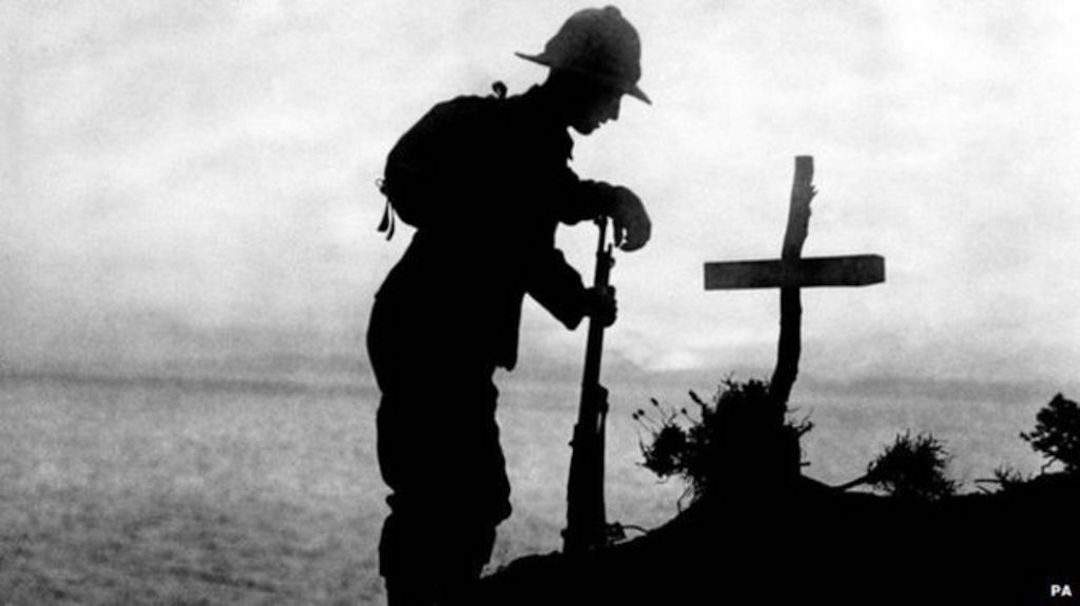 Over 100 years have passed since the guns fell silent in France, marking the end of the First World War. The Great War. The War to End All Wars. I’ve written historical fiction set in that era, so I commemorated this tragic and momentous period by dedicating my weekly blog for the eight weeks prior to the 100th anniversary of the Armistice to the voices of my characters so greatly impacted by the violence of the First World War and the peace that followed. Although fictionalized, these characters’ recollections evoke a sense of the devastation and lives undone.

(Sergeant-Major Pilmore is a minor character in None of Us the Same, the first book in my First World War & 1920s trilogy.)

Sergeant-Major Pilmore, although you’re with the Newfoundland Regiment, you certainly don’t sound like a Newfoundlander. 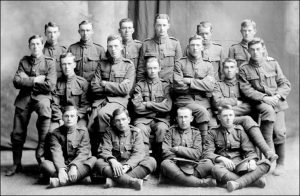 I am not sure whether to be flattered or insulted by that, sir. Apparently, I offended the gods greatly in some previous life and have been cursed to spend what feels an eternity with a ragtag gaggle of cod haulers from the edge of civilization. No, I am an Englishman, born and bred in the wilds of Lincolnshire.

I’d never laid eyes upon such a thing as a Newfoundlander until two months ago. I was dispatched to their temporary post in the Scottish Borders. They’re healthy lads, not like those wretches we drag from the slums of Sheffield and Birmingham. Well fed, strong, but milling about like a flock of headless chickens. So I put a bit of stick about, got them acting like proper British soldiers, or at least a near facsimile.

But weren’t most of the proper British soldiers killed or invalided in those first bloody months in Belgium in 1914? I suppose we should be grateful for whatever the Empire disgorges.

If you don’t mind my saying, Sergeant-Major, you sound decidedly better educated than the average British soldier.

There are few private soldiers who came to the Army after being intended for the ministry. You see, I’m one of 11 children of a Methodist minister and his much put-upon wife. The pater was one of the leading lights of Methodism in the East Midlands. We were quite a well-educated tribe, although father was perpetually busy with his ministry. One wonders how mother kept putting one foot before the other between her pregnancies and screaming children.

We always had a divinity student or a young minister without a congregation staying with us. The general arrangement father made was they paid for their lodging by tutoring the children. Sing for their supper, as it were, with a bit of Latin thrown in. Each of my brothers is a Methodist minister and every one of my sisters married one.

I, on the other hand, being a slave to my appetites and susceptible to all manner of temptation, managed to put a half-Methodist baby in the belly of our papist Irish chambermaid. For my penance, I was sent forever to wander in the wilderness. I found my way into Her Majesty’s service, my options limited by my disgraceful departure from the bosom of my family. So it was either take the Queen’s shilling or perchance drink myself to death.

Before this war began, where had you served? 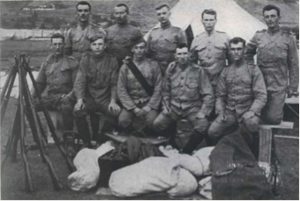 Being from the neighborhood, I joined the Lincolnshire Regiment, the old 10th Regiment of Foot. They had a rather checkered past, having chosen to participate in most of the battles lost by the British Army during your American War in the 18th century.

It was all rather mundane in the beginning, mostly garrison duty in England and the Caribbean. Then that egotistical tit Gordon got himself slaughtered down in Khartoum. Well, we couldn’t have that go unanswered, could we? I’d been made corporal by the time Kitchener assembled a force. This was 14 years after Gordon’s death, we British having dashedly long memories for such insults. So off we went after that lovely lunatic, the Mahdi, and his host of poor hellions. So we Lincs were packed off to Egypt. What residual religion remained was left on the stinking piles of dead dervishes at Omdurman in ’98. I’ve never seen such slaughter, all brought about by good Christian men. Well, quite a few Egyptians, too.

For killing my fair quota of wild Muhammadans, I was made sergeant. Then for my trouble, a year later I was packed off to South Africa for that colossal cock-up with the Boers. Who, I might add, were much better armed than the Muhammadans. A bloody sight better shots as well.

So you’ve seen your fair share of the horrors of war before the current fighting began in 1914?

Yes, you might think that, but my share was apparently not fair enough. My old commander in Egypt, Lord Kitchener, has need of my talents again. He has a notion we can make proper British soldiers of these colonials. So they sent me along to put a little stiffening in these fishermen they sent to stop a bullet or two. Still, I’ve seen worse in His Majesty’s forces. You should have seen the wretched, stunted, malnourished conscripts they foisted on us during that nonsense with the Boers. Half wouldn’t have survived a month in the heat of South Africa, let alone the Boer sharpshooters.

And now you find yourself back in Egypt, more than 15 years after the River War with Lord Kitchener? 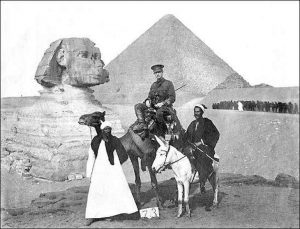 Yes, they detailed me to this New-Found-Land gaggle just in time to depart for Egypt. They’ve given me a few months to prepare them for some jolly cotillion Mr. Churchill at the Admiralty dreamt up. Some godforsaken place called Gallipoli. It’s currently occupied by several thousand very angry Turks glaring down at beaches occupied by several thousand irritated Australians, New Zealanders, and Irishmen. So it’s back to slaughtering Muhammadans for me. Or rather keep the Muhammadans from slaughtering these ignorant lads from the ragged edge of the Empire. We shall have to see how that goes, shan’t we?

You’ve quite an ominous reputation among the men it seems. Is that intentional, putting fear into them?

If a man can do his duty trembling in his boots at his sergeant-major, won’t that give him a leg up when Johnny Turk is spitting bullets at him? One has to tear down the individual, with all his bad habits and quirks. Only then can you you build him back up into a soldier who can be relied upon by his fellows. [chuckles lightly] And I suppose it’s in my nature. I’ll admit that, no longer living in fear of the fiery pits of Hell. I rather enjoy twisting the knickers of my fellow men. It passes the time.

What about the nicknames? Following you about today, I’ve noticed you have nicknames for many of your men. There was one you called “King George the First,” another you referred to as “Tuppence.” There was even one I thought I heard you call “My-Cock.” 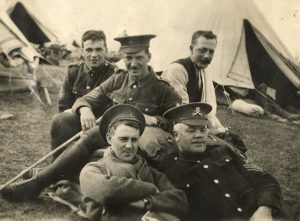 Tear them down, tear them down! Whatever name their mother and father gave them doesn’t matter now. Until this fight is over, I’m their father and their mother. The nicknaming is a part of that, instilling in them that their old life is gone. This is an entirely new life they find themselves living. Their only way back to that old life is through Johnny Turk, his machine guns, his artillery. They need still to be alive to brag around the fire back in the old homestead. As many of them as I can give a chance at old age, well, I shall have done what Lord Kitchener asked of me, shan’t I?

Any concerns—I won’t say fears—about this upcoming fight against the Turks in Gallipoli? 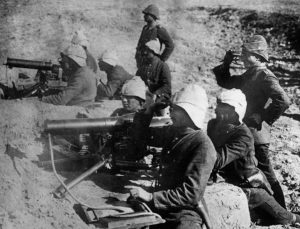 No worse than Omdurman in ’98, or Paardeberg in South Africa back in 1900. I managed to extricate myself from those with all limbs attached, albeit a bullet hole here and there. I do not intend to make some rocky heathen peninsula my final resting place, I assure you.

With the Western Front an entrenched stalemate by early 1915, the Allies debated opening a second front against the Central Powers of Germany, Austro-Hungary, and the Ottoman Empire. The disastrously executed campaign on Gallipoli, a plan conceived by First Lord of the Admiralty Winston Churchill as a way to open that second front, was a humiliating defeat for the British and French.

The Allies began landing the 78,000 men of the Mediterranean Expeditionary Force—overwhelmingly comprised of troops from the dominions and colonies—on 25 April 1915. In December of 1915, after six months of hard fighting and atrocious conditions, the Allied beachheads held at the cost of 57,000 killed and 124,000 wounded, were evacuated. Nevertheless, the Gallipoli Campaign remains a landmark moment in the histories of Australia and New Zealand—the famed ANZACs—as the moment they stepped onto the world stage as full members of the community of nations. The Aussies and Kiwis have done much to give voice to the brave ANZACs of the First World War.