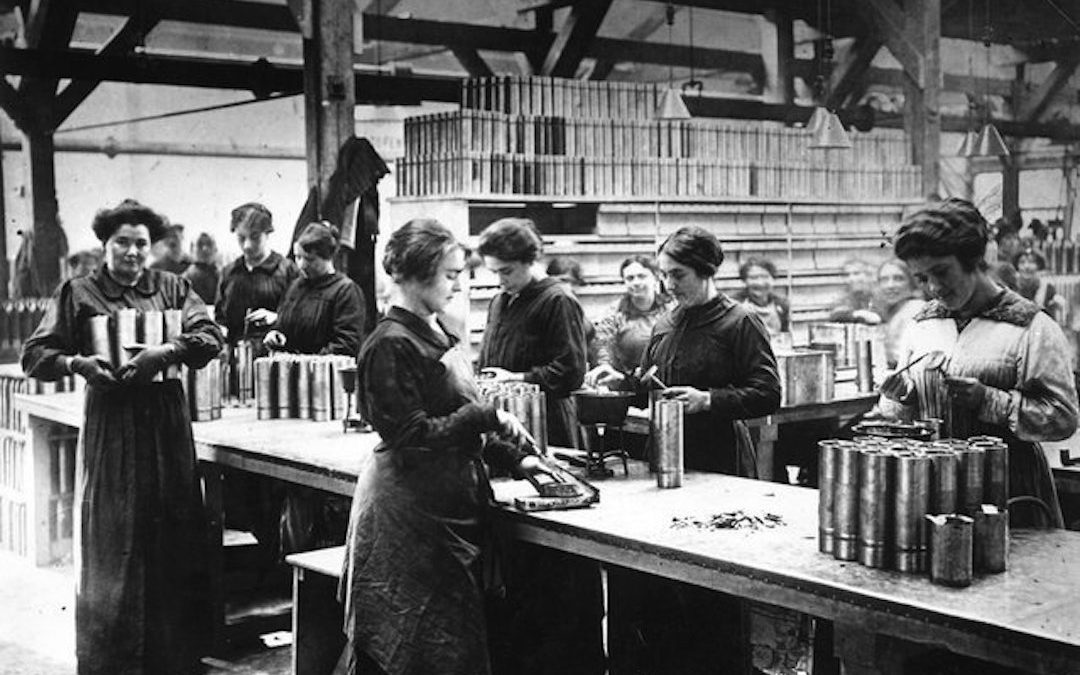 (Léonie Déchaîne is a supporting character in the second book of my First World War & 1920s trilogy, Truly Are the Free.)

Mademoiselle, I must ask about your name. Léonie Déchaîne sounds almost like a made-up name. Is my suspicion correct?

Now monsieur, why would you think that? <laughs> I like to say that it was created by me for me, not as you say, made up. Would you be surprised if I told you the name I lived with for the first 20 years of my life was Berthe Fournier? How anyone, including my petits parents bourgeois, could saddle any child with such a wretched name is beyond me. And I spent three years at the école normale supérieure—you would say “college for women,” I suppose—answering to that name!

You attended University? Was it not unusual in France before the War?

I suppose so. The école normale supérieure de jeunes filles was still rather new when I arrived in 1911. I believe it was founded perhaps 30 years before. Even now, however, very few women receive university education. Of course, neither do many men—but certainly more than women.

You must have been a very accomplished student when you were young then? To be offered such an opportunity? 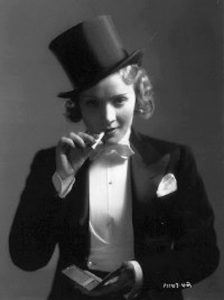 I was rather keen on my studies when I was young. I found after I was 12 or 13, it kept my mind from wandering to thoughts of other girls. My father was a wholesaler in Orléans, a devout Catholic, and a shockingly stubborn monarchist. Needless to say, I thought there was something terribly wrong with me, not dreaming of a husband and children like the other girls. Although my father and mother thought it a waste of time to send a girl to university, the headmistress of my school convinced them I should be given the chance. I’ll admit I was less interested in education than in escaping suffocation in provincial Orléans. The école normale is in Sèvres, just outside Paris, and that was the real attraction for me.

From what you said about growing up in Orléans, is it safe to assume that you are a lesbian?

Such a big word, monsieur! <laughs> Do I prefer the company of women, particularly naked in bed? Yes, yes, I do.

So was it coming to Paris that allowed you to become comfortable with your sexuality?

You make it sound as if I were St. Paul on the road to Damascus! It took most of my time at the University finally to accept who I am. Although my first attempt to act on it was… regrettable. My closest friend at the école normale was a woman from Albert, Adèle Chéreaux. She had the most gorgeous thick brown hair and big Spanish eyes—everyone fell in love with her. She was mostly raised by her granny from England—her mother died in childbirth when she was small—so she saved me from failing in my English studies. The école normale is in the old royal porcelain works and our rooms were freezing in wintertime. We’d climb into bed together to stay warm. So one deep winter night, I kissed Adèle on the mouth. Dear as we were to each other, she reacted like I’d stabbed her with a knife. I returned home after graduation and was miserable. Perhaps that explains my choice of names—I felt like a chained lion in Orléans. But I did find the lovely dusty daughter of the baker up our street. That was a delicious time, right up until her father caught us in the cellar of his boulangerie, going at each other atop a pile of empty flour sacks. <laughs and pauses to light a cigarette> Ironic really, I had to return to that wretched town to find my first lover.

But now you live in Paris again. What brought you back? 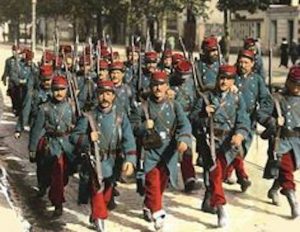 A very angry baker and two humiliated parents! <laughs loudly> It all happened just a few weeks after the War began, so I used the excuse of going to work for the war industries that ring Paris. I had just enough money to rent this apartment in a rather disreputable street just off the boulevard Montparnasse. With all the young men off to be shot and shelled, I found more than enough women inclined to my way of thinking. I found work in the little art gallery next door, with just enough salary to avoid having to fill artillery shells somewhere. Paris was soon awash in young foreign men wearing the most atrocious colored uniforms—English, Canadians, Irish and Australian. Even those frighteningly tall Americans now. Such repressed people—not at all like les Parisiens.

What gave you the idea for your, shall we say, rather unique current line of work? 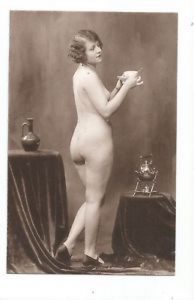 Such delicacy, monsieur! <laughs> I am hardly the person who invented what all of those foreign boys call “French postcards.” You know, pictures of naked women? Apparently they do not have such things in their own countries, or at least not so readily available as here. I merely perceived how much new demand there would be from these poor, deprived boys. So yes, I knew a Spanish photographer, Diego, through my work at the gallery. I proposed a partnership to him and we’ve been doing quite well these last few years. That’s his camera and his equipment over in the corner, next to the chaise.

You mentioned earlier that you were involved with the new avant-garde artists in Paris. Although I can’t determine exactly what it is, I see you have a work of art on the wall here.

Oh, that bit of trash. It was given to me by one of the new Dadaists. He asked me to model for one of his works, although I can’t imagine why since it bore no resemblance to me or to any woman that I could determine. Still, he promised to pay me, but it turned out he had no money and this was the best he could do. I sat in a chair stark naked and shivering for three days and this is what I got in return. But many more of them have come to my apartment because of that big skylight and the wonderful northern exposure I have. It’s hard climbing to the top of the building, but they seem to think it worth the effort for the fine light. And they are an amusing bunch, even though most are full of absinthe or cocaine half the time.

Mademoiselle Déchaîne, haven’t things changed dramatically since the War began? Your new freedom with your sexuality, the explosion of avant-garde art, women doing jobs they would have never thought to have done just a few years ago. How do you explain it? 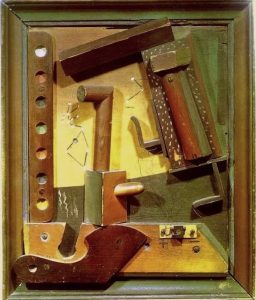 I don’t know if it’s so much a complete change or just uncorking a bottle and allowing all the genies to escape. Some of the change is by necessity. With so many men away at the fighting, someone has to keep factories going, farms growing. On the other hand, the senseless destruction and death has had an enormous impacting on everything, hasn’t it? The Dadaists are endlessly going on about how the War has made everything we thought before meaningless. All the rules, all the strictures, they should all be thrown away. That’s what they do with their art. They make it from anything—cut up newspapers and magazines, any interesting-looking pieces of garbage they find on the street. I would not be surprised if one of them put the toilet on a pedestal and called it a masterpiece! Why not? All the lies we were told as children—well, hasn’t the War proven them such?

<A dark-haired woman enters the apartment and excuses her interruption, then heads into a bedroom and closes the door.>

You have a roommate, Mlle. Déchaîne?

That, monsieur, is the alluring Adèle. Isn’t she lovely? She was teaching at a girls’ school in Amiens. She fled that latest German advance and found me here in Paris. She’s had horribly bad luck losing men. First, her husband, Gilles, in the very first month of the War, then she lost track of some mysterious American lover back in Amiens. But she’s hardly the first, and I’m sure she’ll not be the last, to be so careless with her men during this horrific War.

(During the First World War, 8.4 million Frenchmen would wear the horizon blue uniform of a poilu—French soldier—out of a population of 39.6 million. 73% would become casualties—killed, wounded, captured, or missing. Of these,1,357,800 were killed, 4,266,000 were wounded, and 1.5 million were permanently maimed. Since these deaths were concentrated among men ages 18-35, half of an entire generation of French women would not marry or raise a family.)