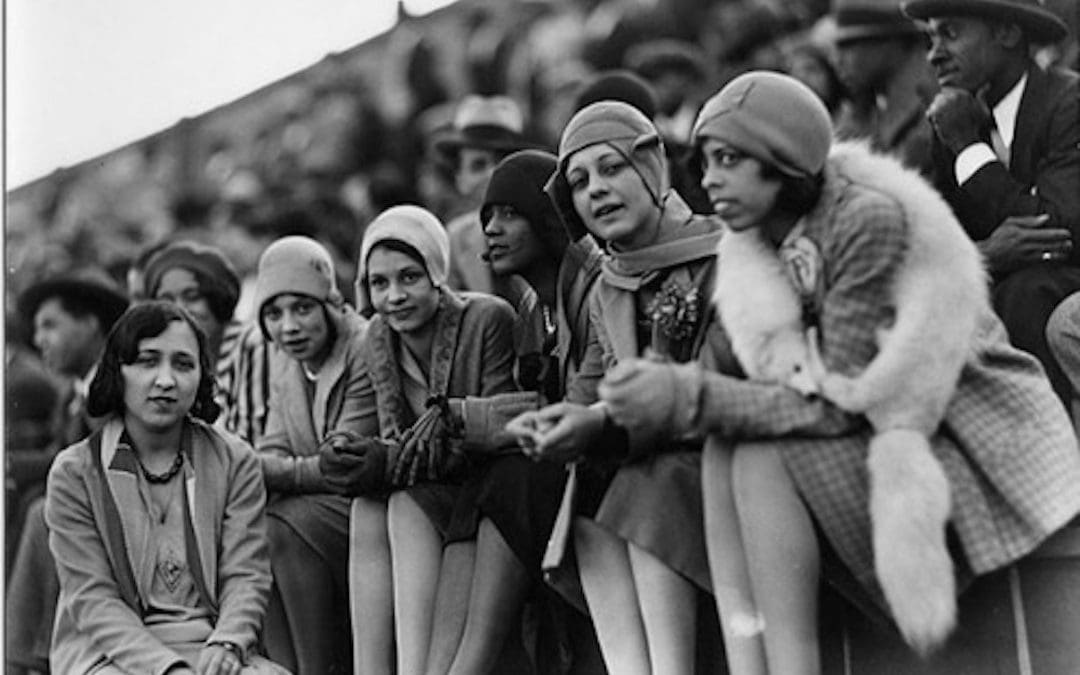 (Bunk Hill is a supporting character in the second book of my First World War & 1920s trilogy, Truly Are the Free.)

Mr. Hill, can you tell us how you came to be a piano player?

Well, I came up down in the Virginia Tidewater. There was a lot of music around, especially in the churches. My granddaddy played piano for the white folk back in his slave days. He went back and forth on the rivers and along the coast on all sorts of boats. Sometimes he was sold by one captain or another. Sometimes he was traded for deck hands or a new steam engine. Once he said he was lost in a poker game. When freedom came, he settled himself down in Newport News where there was good money to be made playin’ in the bars and the bawdy houses. He made a good enough livin’ to get my daddy a little education and teach him, later me too, how to play the piano near as good as him. So I guess you could say it’s been our family business for three generations.

What brought you north? To New York City? 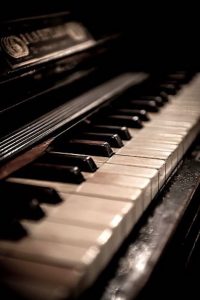 Oh, I guess I was born with traveling shoes. <laughs> A lot of black folk started moving north once the war started over there in Europe. There was plenty of work, what with sending all manner of things over to them French and English. The music up here, especially in Harlem, they was doing things nobody else was doing, least ways north of New Orleans and east of Chicago. So there was plenty of work for a good piano man, what with all them colored workers that had some money in their pockets. And since the War ended, the white folk have been crazy about our music. Used to call it ragtime, that jazz word bein’ something new. But whatever you call it, me and the others sure love playin’ it.

After the United States entered the Great War, didn’t a lot of the Harlem musicians join up?

They sure did. One of the big-band conductors, smart young fellow named Jim Europe, he joined up before America even got into a fight. They raised a whole colored regiment right here in Harlem, the 14th New York, and man did they put together one swingin’ band for the soldiers to march to. Most of the best players, at least the younger ones, they all wanted that soldier coat more than they wanted dollars in their pocket, so off they went. Well, those of us left behind, we sure did make a lot of money. Anybody that could lift a shovel or swing a hammer could make good money during those two years the Americans were in the fight.

It seems there are any number of clubs and bars here in Harlem. Why do you play in this private club? 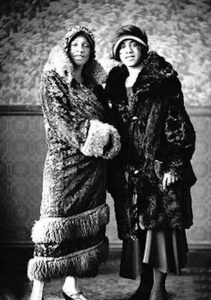 I was brought over by Miss Babette, the woman who runs the girls here. We worked together at a club up above 140th Street, but the owner, he was a tightfisted one. So when she asked if I wanted to come along and make some better money with her, I came to this new buffet flat she was settin’ up with Lena Dawkins. Now Miss Dawkins, she’s a good woman, young and educated, left all alone when are brother went off to the fight and her daddy passed. And the food was right good, too. <laughs and pats his belly> I’m not sure which I took a shine to first, Miss Lena, the fine grub, or that feisty cook, Maddie. And between me and you, there’s more chance to skim a little, put some aside myself.

You called this place a buffet flat. What exactly does that mean? 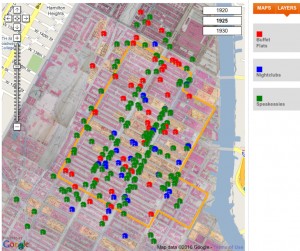 There’s so many places setting up around these parts meant to scratch any kind of itch. It’s when someone changes their house like Miss Lena did, and offers all sorts of diversions—bootleg liquor, whores, music and dancing, food, reefer, sometimes harder stuff, although Miss Lena don’t allow that. So it’s kinda like a big buffet, choose whatever you want. Some people only use their apartments once or twice a month, bring in corn liquor and some good down home cookin’, just to pay the rent. And there’s all kinds of special places like tea pads for smoking reefer or old-style whore houses. And now there’s a few fancy places, they call them nightclubs. Although it’s all colored folk who play the music and dance in the floor shows, those fancy places are mostly set up for the rich white folk.

With the War over now, do you expect things will change here in Harlem?

Don’t seem to matter much, at least to players like me. Sure they’ve got that Prohibition, but nobody thinks a man is going to not have his drink when he wants it. And like I said, them white folk from Midtown and around the park, they just keep on comin’. Seems like they’re more fond of the colored folk than we colored folk is of ourselves. Don’t that beat all?

You said the owner of this establishment, Miss Dawkins, had a brother who went off to France. What did he think when he returned to see his family home turned into a buffet flat? 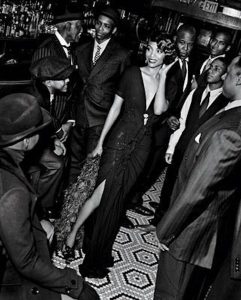 He didn’t like it one little bit. I was comin’ up the steps early one afternoon and saw a young soldier nose-to-nose with the big West Indian fella who guards the door and tosses out anyone who gets out of hand or abuses the girls. Turns out that soldier was Miss Lena’s brother finally back from over to France. They had a right tearful reunion, until it turned bad when he figured out what was going on under his daddy’s roof. Miss Lena, she only did what she thought she had to do to keep from losin’ their home—she never did any whorin’ or anything like that herself. Her brother was an officer in the War, but he went off to help run one of those fancy new nightclubs. I hear he’s maybe into some rumrunnin’—fine liquor down from up north, for the clubs here in Harlem. Them white gangsters only sell rotgut to the colored clubs, so they’re maybe lookin’ to bring in their own.

With the War over and the decade just turned, how has the music changed, Mr. Hill?

Now that all the boys are home, including all those good players Jim Europe hauled off to France, I never seen such fine playin’. Get three good players together, you never know what’s comin’ out of the horns and piano. Seems to me with all the worry of the War over and done with, it just kinda pulled the cork right out of the jug. No telling what’s going to come out now. But I’ll be a part of it. And everybody, white folk and black folk, they’re crazy for this new jazz. Of course, poor Jim Europe, he’s gone. The Army sent him and his band on some kind of victory tour, supposed to be all across the United States. Well, he got himself into an argument with one of his drummers up in Boston, and didn’t that drummer stick him with a knife. Wasn’t anything anyone could do to save Jim.

I’m sure a lot of people have asked you this, but I can’t help myself. Your name is Bunker Hill, isn’t it? Care to share where that interesting name came from?

Well, when those blue-coat soldiers came back in 1865, my old granddaddy, he asked them which way was freedom? One of them said, “Right over that hill.” So granddaddy thought that was a good enough last name for a man who never really had one. As for Bunker, my daddy fancied himself a readin’ man, but the only two books he owned was a Bible and an old high school American History book he won off a teacher in a crap game. He read and re-read that book ’til it fell apart, which might explain my name. <laughs> Guess I’m lucky I wasn’t born any later or he might of named me San Juan Hill. <laughs>

(During the First World War, 350,000 African Americans served in the US Army. Most were relegated by racist commanders, from General Pershing downward, to labor units performing the hardest and dirtiest work of the American Expeditionary Force. A few “colored” regiments—like the 14th New York (renamed the 369th US Infantry) were transferred to the French Army, where they fought with great distinction. Back home, they returned to the systemic racism—South and North—of Jim Crow America. But the War enabled the unfettered vibrancy and creativity of the Jazz Age, where players like Bunk Hill would perfect America’s only homegrown musical form.)