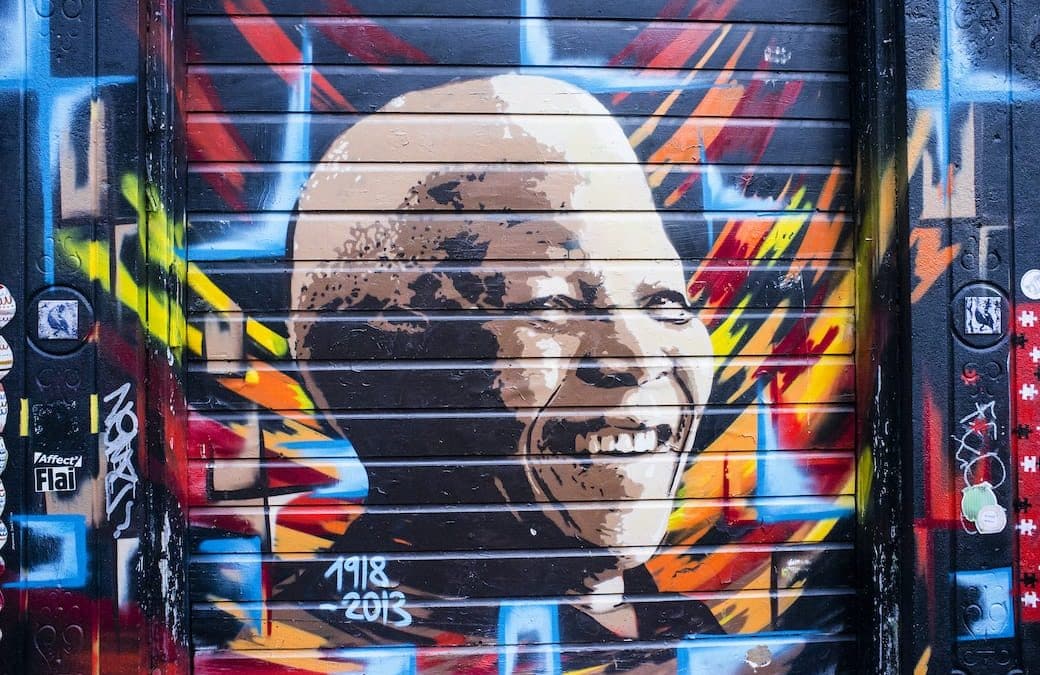 We hear it on social media and regular media, from friends and family, and probably from our own inner voice — “How will we ever get past this toxic divide in America?” Other countries’ experience wirth truth and reconciliation offers some hope for us, too. 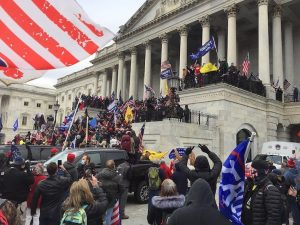 The horrendous events on the 6th of January when a violent mob stormed the US Capitol have made this question all the more urgent. People are dying.

It’s easy to abandon ourselves to despair. I’ve been there. I’ve written about whether the USA is even worth saving as it’s currently constituted. And that remains a legitimate discussion. But it’s one to be had with rational calmness, not with white-hot rage.

Now the good news. We are hardly the first nation to face a seemingly unstoppable spiral of hate, fear, and division. It’s become kind of my thing to see what other countries have done to solve problems like supreme court structuring, police reform, health care provision, and even post office services. We don’t have to start from scratch here.

So please park your “American exceptionalism.” Let’s see what others in similar tragic circumstances have done to find a way out of deadly societal cul-de-sacs. 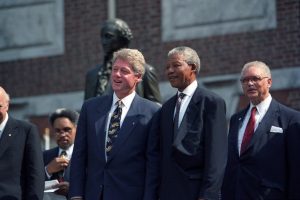 South Africa is the most widely known example of a bitterly divided and violent country that put the pieces back together. Apartheid, an institutionalized system of racism and oppression, collapsed after the 1994 free elections. The new President, Nelson Mandela, had been imprisoned for 28 years by a White apartheid government. Remarkably, he lacked any vindictive impulse and set about reconciling the White, Black, and Colored peoples.

Following Mandela’s lead, in 1995 the South African Parliament enacted the Promotion of National Unity and Reconciliation Act. This established a Truth and Reconciliation Commission (TRC). The multi-racial body was chaired by longtime apartheid opponent, Nobel laureate, and Archbishop of Cape Town, Desmond Tutu. 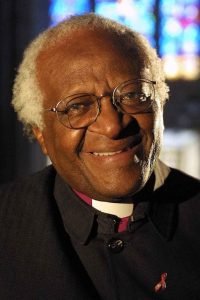 The work of the TRC was divided among three committees: Human Rights Violations, Reparation and Rehabilitation, and Amnesty. In order to qualify for amnesty for acts committed during the apartheid era, persons had to show such acts had been politically motivated and that they were making a full disclosure.

Although some question how much justice was rendered by the Truth and Reconciliation Commission, it was not set up for prosecutions. Its primary mandate was to determine and document the truth of what happened under the apartheid regime. This it did commendably, identifying abuses against more than 20,000 victims. The work of the TRC contributed greatly to the creation of a stable and, by African standards, prosperous multiracial South Africa.

From 1979 through 1992, El Salvador was riven by a bitter civil war between forces of the ruling military junta and Marxist FMLN rebels. By the time the warring factions agreed a ceasefire, over 10,000 Salvadorans had been killed or “disappeared” by death squads, government security forces, or FMLN guerillas. 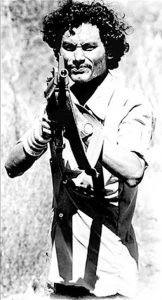 As part of the Chapultepec Peace Accords that ended the fighting, the United Nations Secretary-General appointed a Commission on the Truth for El Salvador. The commissioners included a former president of Colombia, a former foreign minister of Venezuela, and a former American judge of the Inter-American Court of Human Rights. This was an international commission rather than, as in South Africa, a domestic entity.

The mandate of this commission was limited to determining and reporting the truth of what had happened during the 13-year civil war, not to engage in criminal prosecutions or grant reparations. They collected testimony from tens of thousands of Salvadorans drawn from all sectors of society.

The final report of the commission named over 40 persons from the military, the judiciary, and the FMLN as major contributors to atrocities during the civil war. Of the 22,000 testimonies of abuse, the commissioners found that 85% were committed by government forces, 60% involved murders, 25% involved disappearances, and 15% involved torture. 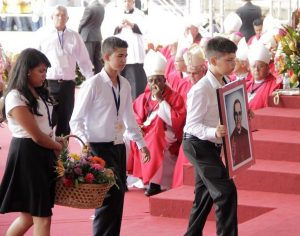 Once the international commission handed its findings to the Salvadoran government, little happened. In fact, five days after receiving the report, the government passed a blanket amnesty. 200 military officers were dismissed from service, but all were allowed to retire with full rank and a pension.

There is lingering grievance that those most responsible for the widespread atrocities have never faced justice. However, the commission provided a true account of this violent period, an essential starting point for healing a divided society.

Of the scores of truth commissions established since the 1970s, some have failed to deliver in whole or in part. And some places that desperately need a truth commission never got one. I spent time in Bosnia during the 1990s on peacekeeping duty after the end of their civil war. This was an ugly three-way internecine conflict that brought genocide, death camps, rape houses, and ethnic cleansing to the Balkans. 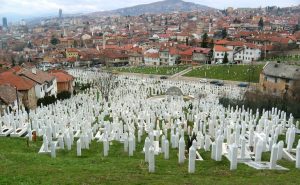 There has not been a truth commission established for Bosnia, although much discussion has been had regarding the need. However, the leading perpetrators of atrocities during the three-year conflict have been brought to account at the International Criminal Tribunal for the Former Yugoslavia.

This international criminal court indicted 161 persons and brought a significant sense of justice to the victims of genocide, crimes against humanity, and war crimes. However, the ICTY had no mandate to reckon with reparations or to record a truthful, undiluted memory of these tragic years.

Nevertheless, tribunals have acted as truth commission for some of the worst conflicts—Bosnia, Rwanda, Cambodia, Sierra Leone, and Lebanon. 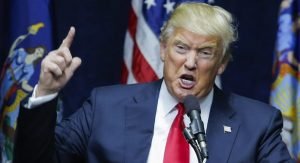 The initial challenge we Americans face is the systematic blurring of truth and the baseless assertion of untruths as facts. The fault can be laid with many in power over the past four years, particularly the outgoing president.

As a troubled democracy, we have become untethered from an accepted body of facts. Was their Russian interference in the 2016 election? Was the separation of children from parents at the southern border deliberately intended? Did the 2020 election yield a fair result or was it riddled with fraud?

A truth and reconciliation commission would therefore be particularly useful—and unifying—in the American context. A genuinely bipartisan commission of former office holders or senior officials, for example, could be charged with investigating and reporting the ground truth regarding many events of the last four years.

We’ve done something similar not that long ago. This was the mandate of the 9/11 Commission, led by ex-Republican governor, Tom Keane, and ex-Democratic Congressman, Lee Hamilton. Their job was to find the ground truth of what led to that fateful day that changed America. Although not without deficiencies, their work was generally praised.

Getting to an agreed-upon truthful account is an essential starting point. But as we’ve seen from the experience of other countries, determining and reporting the truth has been the easier part. The real challenges in America will be justice, reconciliation, and reform.

And Justice for All

As we’ve seen in the wake of the Capitol insurrection a few weeks ago, our federal system is equipped to handle prosecution of criminal acts. As long as such prosecutions are seen as impartial and fair, the established court systems are adequate to the task. This in contrast to countries emerging from years of armed conflict which may have left no functioning judiciary. 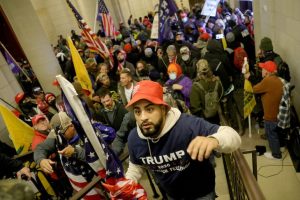 Again as we’ve seen from other countries’ experiences, truth and reconciliation is a tougher nut to crack. Certainly, thorough truth-finding and justice are preconditions to reconciliation. Allowing the space for wrongdoers to recognize their own bad acts and admit their culpability is essential. This can be encouraged by judicious use of amnesty or grants of immunity from prosecution.

None of this is easy. If significant numbers of people see prosecutions of wrongdoers as unfair or biased, the judicial process becomes yet another cause for aggrievement. While immunity or amnesty may aid in discovering the full truth, granting them too liberally may anger victims.

A Leap of Faith

Because something is hard doesn’t mean we shouldn’t do it. Being hard often means it’s really important. That’s clearly the case in our country today. The last time the USA was this polarized politically was the period between the election and inauguration of Abraham Lincoln in 1860-61. And that did not end well. 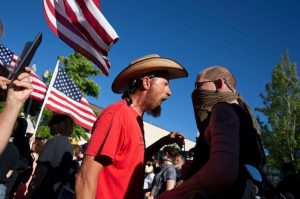 We can avoid similar violence. We can save a union that seems daily to be unravelling. But it will take resolve and courage and a willingness to examine and admit our wrongs.

There’s an opportunity, but a fleeting one, to cure what’s ailing our body politic. But it will take a leap of faith that we can find a way back to some common ground. Then we can get down to the hard work of fixing the alienation, inequality, inequity, and despair that has brought a great nation to the brink of disaster.

Other countries that have survived worse and deadlier division offer examples of how to repair our social fabric. We can do this, so let’s get to work.