To the Lighthouses, Writers 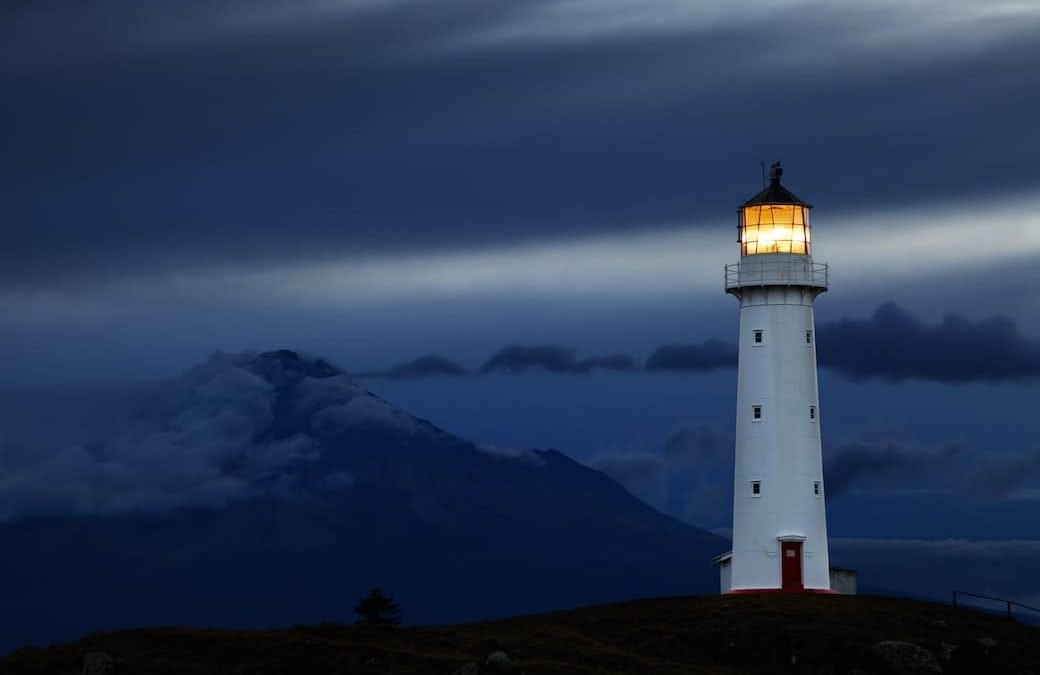 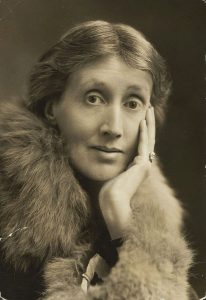 What is it about lighthouses and writers? My blog title is a riff on Virginia Woolf’s incomparable To the Lighthouse that I first read in high school. Just in the last few years, we’ve seen The Light Between Oceans, The Lighthouse Keeper’s Daughter, and The Lighthouse.

[Author’s Note: Can we stop with the avalanche of novels entitled The ____________’s Daughter? Maybe go with a niece or a cousin now and again?]

Full confession, which will not surprise the two or three of you who’ve read my first novel, None of Us the Same. I, too, am a writer who has succumbed to the siren’s song of the lighthouse. I set three pivotal chapters of that novel at a lighthouse in Newfoundland.

So what’s the deal? A better question might be what’s NOT the deal? Having discovered the allure of lighthouses firsthand, I can speak with some authority on this rather unimportant and Really Very Fascinating theme.

It’s the metaphors. On top of more metaphors. Capped by a metaphor. Which resembles how a lighthouse is constructed. Which makes this paragraph another metaphor.

Yikes. Somebody slap me.

Specifically, lighthouses are laden with symbolism for writers. The meaning of a symbol is determined both historically and contextually. 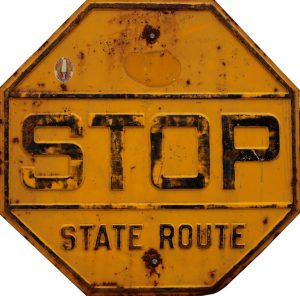 For example, a red octagon is really just a polygon and a primary color, right? But anyone on Earth who lives anywhere with roads immediately recognizes a red octagon at an intersection as a symbol for “Stop.”

This is in part because of where the red octagon is located—at an intersection, for example—giving it context. In addition, the sign’s near-universal usage over time gives it profound historical meaning, too.

(Funny thing. The standard octagonal stop sign has only existed since 1915. The red color only came into widespread use in1954 with the introduction of no-fade paints and reflective lettering.)

Now back to lighthouses and writers. I’ve pondered from time to time what attracted me to adopt a lighthouse as a significant setting for important parts of my first novel. I’d break it down into three main characteristics. 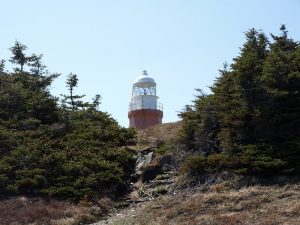 Romance. I don’t mean this in a bodice-ripping or love-affair way. Rather, lighthouses are romantic in the broader sense. They evoke a feeling of mystery, of adventurous excitement, of remoteness from everyday life. Are there any inhabited places more remote than lighthouses? What goes on inside those castle towers while their lights shine unperturbed? Aren’t we as humans alternately attracted and terrified by the primal power of the sea, from which a lighthouse seeks to safeguard us?

Timelessness. Lighthouses are situated on the very edge of safe space for human beings, weathering the storms, clinging fast with a tenuous foothold to their headland. And yet they shine on, year after year. 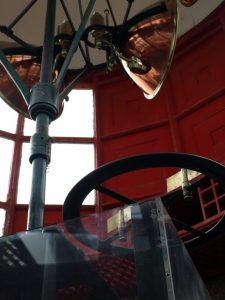 Safe Haven. Our English-speaking culture is full of short tales and great works about people and the sea: Kipling’s wonderful Captains Courageous; Melville’s ponderous and brilliant Moby Dick; Stevenson’s Kidnapped—the sea and our love-fear relationship is at the heart of these epic narratives. And there stands the lighthouse, promising safety to those who go down to the sea in ships.

My Romance with a Lighthouse

I’ve written before how I came to set much of my first novel in Newfoundland during and after the First World War. When outlining the story, I soon discovered I needed some grounding place for my main characters to visit at turning points in their lives. Since Newfoundland boasts 55 lighthouses along a stunning iceberg-studded coast, the choice of a lighthouse was an easy and appropriate one.

It wasn’t difficult to work a lighthouse into the narrative. I simply made one of the main character’s mother a daughter from a multi-generational lightkeeping family. (In my research, I’d discovered many Newfoundland lights were passed down through a single family, one for over 140 years.) 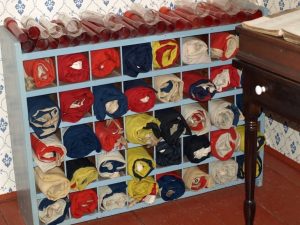 I wanted my main characters to be at the lighthouse when the War broke out, so I contrived that the keeper’s nephew (a main) and his school friends had gone to the light for an extended stay each summer for several years, putting them there on 4 August 1914. They’d hear the news of war from the signal flags of a passing coastal ship and it was there they determined to enlist together and head to the unforeseen carnage in France.

The main characters would return to the lighthouse twice in my book. First, they ventured back to the light when they returned broken in mind, body, and spirit from the fighting, craving direction as they tried to make some sense of what they’d experienced. Again, in the last chapter they return seeking assurance of a safe way home after years of personal struggle. 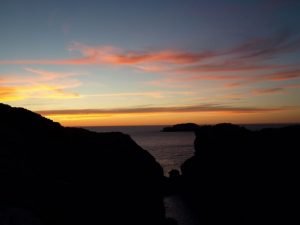 Of the three published novels I’ve written, None of Us the Same is the most symbol-laden. And the lion’s share of this symbolism revolves around the lighthouse scenes. I layered them on quite shamelessly.

There’s a peat bog behind my lighthouse, in the middle of which is a lone wind-twisted tamarack tree. The lads ended each of their summer visits to the lighthouse with a race over the bog to the old tamarack. It’s finally blown down in the end, like their lost youth. 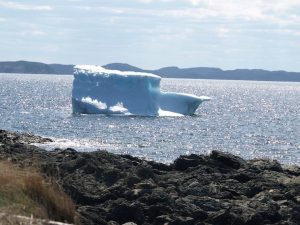 Icebergs are another very powerful maritime symbol and the Newfoundland coast abounds with them spring through early summer. A huge and somewhat out of season berg floats into the inlet below the lighthouse as war looms across the sea. Of course, no one knew what was below the surface of the War in August 1914. When they return after the War, the coast is choked with hundreds of shattered bergs. You get the drift.

I also made the lighthouse a kind of Delphi for my characters, a place to go for prophecy about their futures. The lighthouse keeper, Uncle Johnny Barlow, was distinguished by the constant profusion of pipe smoke hanging about him—like the oracle at Delphi’s prophetic vapors.

Yeah, I may have gotten a little carried away. But lighthouses have that effect on writers. And readers always ask about the symbolism, so maybe I got it right.

There’s something instantly emotive about lighthouses, both through their history and their context. Why exactly is this so? Let’s brainstorm a little.

The Power of Symbols 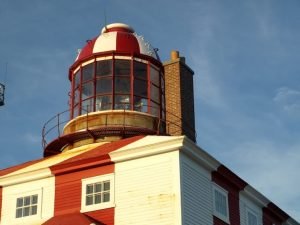 Like Virginia Woolf or M.L. Stedman, I felt the pull of the powerful, multi-layered symbolism of the lighthouse in my writing. It comes laden with so much universally understood connotation and implicit meaning. It’s such an alluring shorthand, carrying so much narrative freight just by being what it always has been.

Like our example of the stop sign, the briefest glimpse of a lighthouse from a ship or coastal highway, in a painting or from the pages of a novel, conveys piles of meaning.

So of course writers are drawn powerfully to lighthouses. And for very good reasons.

Author’s Note:  In None of Us the Same, the exterior of my unnamed lighthouse is a composite of several Kay-Kay and I visited in Nova Scotia and Newfoundland, modified to my narrative purposes. These two seafaring provinces boast a combined 96 lighthouses. The interior of my fictional lighthouse is based on the marvelous Cape Bonavista Lighthouse Historic Site on the east coast of Newfoundland. The only change I made to the interior was adding some bookshelves in the keeper’s office. I owe profound thanks to the museum staff there, who spent most of an afternoon letting me “behind the ropes” and allowing me to handle historic objects. I even got to wind the weights that drive the rotating mechanism.