The Thing About the Cousins 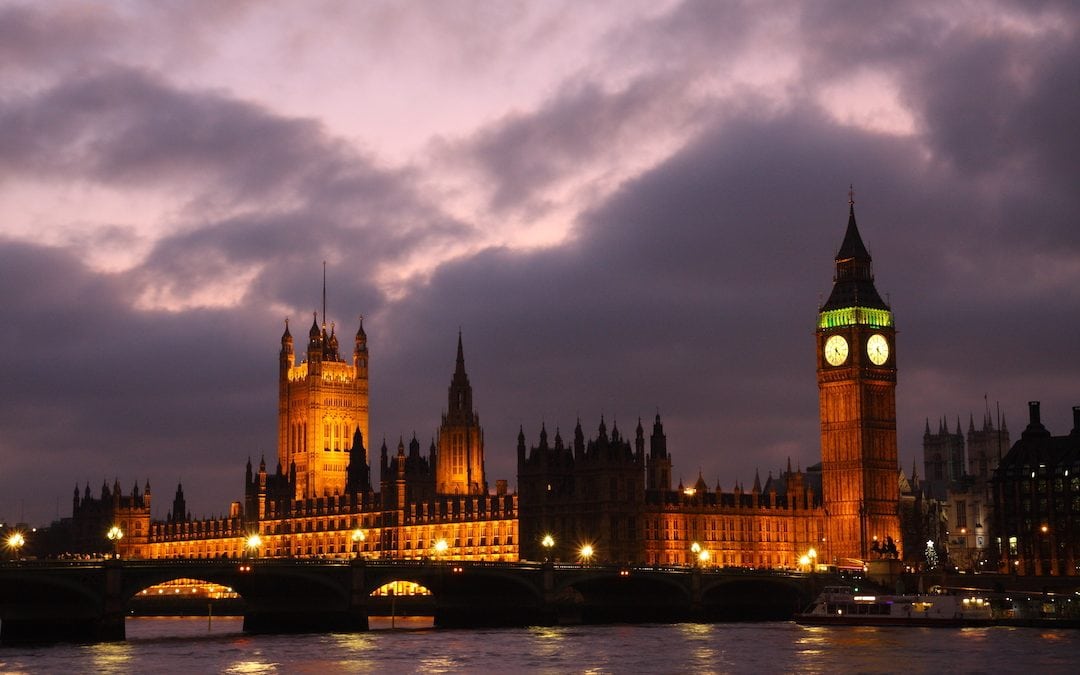 It’s the Special Relationship, so we’ve been told for many years. It’s some vestigial trans-Atlantic umbilical cord connecting us Yanks with the British. Since Almost Everything Memorable Ever Said In English (Not By Shakespeare) is by default attributed to Winston Churchill, most people think he coined the phrase “Special Relationship.” As with the majority of witty things said by Churchill, he likely stole it from some 19th-century geezer. In this case, he rebranded it during World War II because he really, really wanted the USA to enter the war on the British side.

Which we did. “Better late than never, as per usual,” quipped the British Cousins. We Americans retorted, “You’re welcome. Also as per usual, you Brits are ready to fight to the very last American.” So we’re like every other dysfunctional family ever. Probably a good thing the Brits don’t celebrate Thanksgiving, since that would mean one more embarrassing drunken relative around the turkey carcass. Because the Brits can and do drink. Bigly. 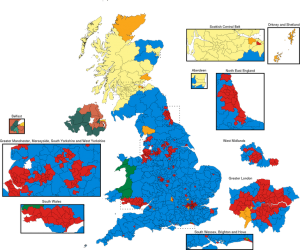 So the Cousins just had a parliamentary election, their third in four years. That’s a lot of elections for the UK. They’re supposed to only have one every five years, but exceptions are allowed. And whoa, have they needed exceptions. This is because of the European Union, an entity about which we Americans generally know very little. From the mess in the UK the last couple of years, that seems to apply equally to a lot of Brits. But more on that later.

Kay-Kay and I were in the UK for election day three decades ago. The 1987 election featured the redoubtable Conservative (Tory) Prime Minister, Margaret Thatcher (“the lady’s not for turning”), and the ill-starred Labour (Labour) Leader, Neil Kinnock (“I’m Welsh, so that’s something”). We were staying in Edinburgh on election day with our old university friends, Dougal and Kitty, and I asked Dougal if I could go along with him to vote.

The affable election judge was quite amused and let me go right into the booth with Dougal. I looked at the ballot and it had… four names on it. Seriously, there were four names with a box in front of each one that you were to “tick” to indicate your choice. That was it. No multiple columns and pages. No “Sanitation District Board of Supervisors (vote for three).” No butterfly ballots or hanging chads. Dougal was done voting in approximately six seconds. And this after an election campaign lasting three weeks. 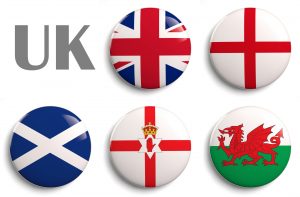 Can you imagine such a thing? I mean, we campaign forever in the States and vote for everything, right? This is mostly because we have a federal system of governance, as opposed to the British unitary system. On the one hand, we Yanks have many layers of government: national, state, county, township, city, school district, conservation district, sanitation district, zoning district, and then we throw in judges and university trustees. In the United Kingdom, on the other hand, they have Parliament, period. Which sits in Westminster, a borough of London created solely for the purpose of housing government, snarling traffic, and providing opportunities for selfies. These purposes being not entirely independent of one another.

So London was the place where they doled out the money and debated matters ranging from war and peace to protection of thatched cottages in the Cotswolds. It was often said that the British wanted their elections to be infrequent, the winning party to get on with governing until the next (infrequent) election, and otherwise to leave everyone alone.

Generally, the electorate was content with this state of affairs. Sure, there were hiccups between elections. In the ’70s, this consisted of nasty and prolonged strikes, which became annoying when it was the coal miners during the kind of gray and wet winter only Britain can produce. In the ’80s, the hiccups were induced by Maggie Thatcher dismantling some piece of the political consensus or invading the Falklands. By the ’90s, all hiccups ceased with the ascent of Tony Blair to No. 10 Downing Street, the shockingly modest townhouse that’s a perk of being Prime Minister. Mr Blair brought his own brand of Bill Clinton-ness, minus the intern diddling. 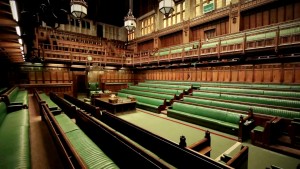 The only regular excitement during these Halcyon Days of Effective Government was generated by Prime Minister’s Question Time. This was—and is—the weekly ritual during which the Prime Minister subjects himself to random questioning and great amounts of harrumphing and yar-yar-yarring from the Opposition Benches in the House of Commons. When I first encountered this as a study-abroad student in Scotland back in 1980, PM’s Questions were only broadcast on BBC radio and it was like listening to a baseball game on radio—you never quite got the full flavor, although it was occasionally exciting. It wasn’t until they allowed in TV that one realized the Government and Opposition front benches are only 13 feet apart, giving particularly raucous Question Times a Mad Max/Thunderdome feel.

The only other notable entertainment coming between elections was the odd incident of a Junior Minister for Fish Breeding being forced to resign after some headline like, “Fish Minister Caught Exiting Soho Knocking Shop!” which is Brit-speak for “brothel,” but much, much funnier. Ministers of both main parties seemed equally susceptible to the siren call of knocking shops.

This unflappably chummy state of affairs began to break down when the Brits let in Some European Ideas. In 1973, the UK joined the European Economic Community. The British Cousins had applied for EEC membership in 1963 and 1967, but their application was vetoed by French President Charles de Gaulle. This was, according to Charlie de G, because of “a number of aspects of the British economy,” the most important of which was it was British as opposed to, say, French.

Britain’s membership in the EEC was, from the beginning, a bone of contention. Two years after joining, the Labour Government held a referendum on whether the UK should stay in the EEC. The UK had never, ever held a referendum on anything before—as I said, the Brits like to vote infrequently and then be left alone until the next election. This 1975 vote was overwhelmingly for staying and every constituency voted in favor. With the exception of two—the Shetland Islands (probably something to do with regulation of ponies) and the Outer Hebrides (probably something to do with Donald Trump’s mother being born there).

The whole EEC Thing trundled along without much fuss anywhere except inside the Conservative Party, where a small rump of anti-Europe backbenchers were considered annoying but harmless cranks. Meanwhile, the EEC became the European Community and then the European Union, sticking its officious nose deeper and deeper into national economies as the membership expanded rapidly with the end of the Cold War. 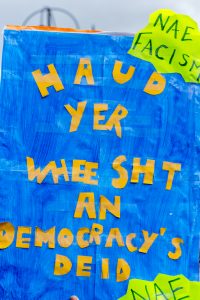 Then stuff happened. In 2015, Prime Minister David Cameron set about renegotiating Britain’s membership conditions in the EU. Then he miscalculated and sent the renegotiated terms to the electorate for another referendum, thinking the people would again choose to stay. Except they didn’t and Mr Cameron resigned. His successor, Theresa May, tried to improve the rather slim 12-vote majority she had in the House of Commons by forcing an early election. She ended up with a minus 5 not-majority, forcing her to make a deal with the ten members from the Raving Looney Party… err, the Ulster Unionists, who promptly extorted £1.0 billion in additional “aid” for Northern Ireland.

Alas, poor Ms May could not hold this ramshackle group together and, after negotiating some kind of withdrawal deal with the Europeans, lost the approval vote in the Commons and was forced to resign. Her replacement was the curiously named and oddly coiffed Boris Johnson.

It was Mr Johnson’s turn to call an election to improve his position and last Thursday this high-risk bet paid off handsomely, giving him an eighty-seat majority. Now that’s a number you can pass some legislation with.

There’s a dark side to the recent election, however. Mr Johnson’s Tories were soundly thrashed in Scotland, with the Scottish Nationalist Party winning 48 of 59 Scottish seats in Parliament. This is a party that favors both EU membership and independence from the United Kingdom. In addition, for the first time ever, a majority of the seats from Northern Ireland are now held by non-Unionists who favor EU membership. And the Raving Looney Party… err Ulster Unionists, are now the minority party, having out-crazied the Catholic Sinn Fein and SDLP, who have steadily outbred the Protestants for the last forty-odd years anyway.

So the Cousins will be out of the European Union sometime in 2020, which is the single important issue this recent election was fought over. On the other hand, Mr Johnson may be facing both an independence referendum in Scotland and some difficult problems in Northern Ireland as a result of finally achieving Brexit.