The Secret of Immortality for Mere Mortals 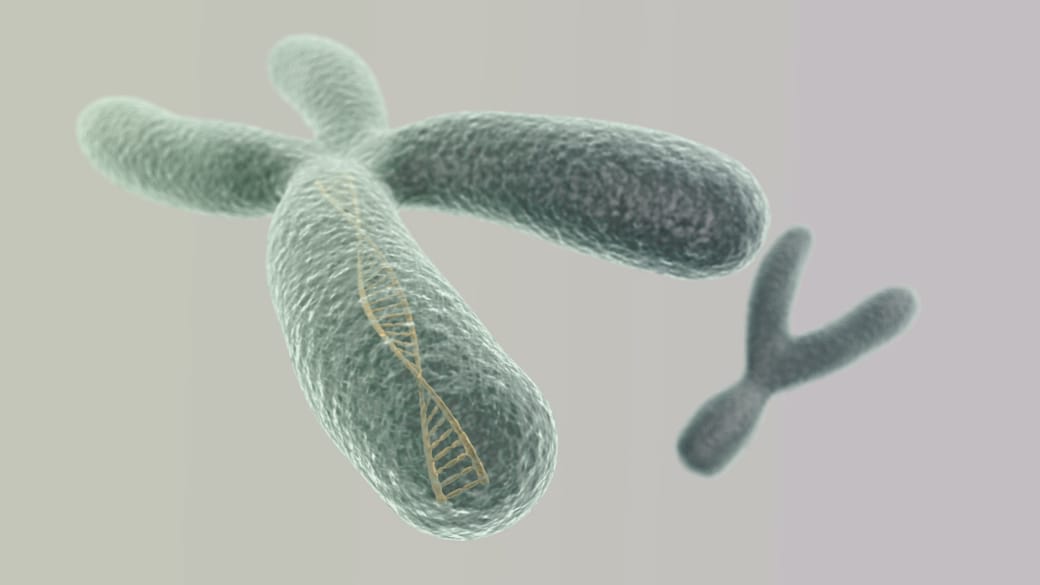 [I’m in the midst of a 3,400-mile, COVID-infested drive from Northern California to the Virginia Tidewater right now, so I thought an earlier post I wrote seems appropriate–all about men and fear of mortality. Hey, it’s funnier than it sounds. See you next week with a new post, Stay safe, those vaccines are on the way…] 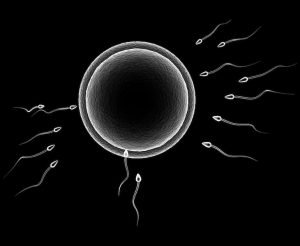 As a cis-gendered male with an X and a Y, I feel qualified to comment upon How Men View the Cosmos. It’s OK to stop reading now if you disagree or don’t like men much anyway. At our most basic, primal, reptilian-basal-ganglia ,and meta-level, we men are motivated in just about every aspect of our nasty, brutish and short existence by one thing: fear of death.

I firmly believe it’s true, but I hear much pshaw!-ing. Let me explain. 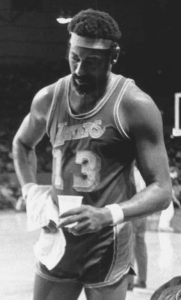 OK, I get the science. Men have lots of on-demand sperm, women have not-so-many eggs that trickle out more or less one a month. Men could cause to be born a baby a day. Or maybe more, I suppose, but that sounds downright exhausting for anyone other than Wilt Chamberlain. Women have to wait nine months for just one. Men have a vestigial mammalian urge to shove as much of their DNA into the next generation as possible.

In my opinion, the unstated causality behind these studies is that men are simply afraid of death, i.e., Not Going to Live Forever.  And the closest thing we currently have available to immortality is… children. Maybe you can’t live forever, but some little ribonucleic part of you can.

With the dawn of cheap, quick and accurate DNA testing, some surprises have popped up. Who would have guessed that 16 million men have Genghis Khan’s Y-chromosome genetic material? (This also disproves the null hypothesis that being the ruthless ruler of half the known world would not significantly up your odds on the Ashley Madison website.) I guarantee every single man alive today would love to fist-bump randy old Genghis. And it turns out there may be ten more guys with an equal number of descendants—we just don’t know who they are yet. Please, please, please let one of them be Caligula. 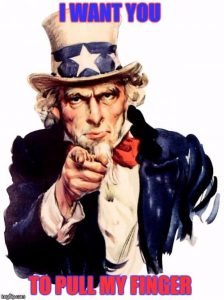 Let me lay down my marker here and say that I think it’s a really bad idea for men to cheat on their wives. I base this radical assertion on several factors. First, I don’t really want taller, fitter, better looking and richer guys hitting on my wife Kay-Kay. ‘Nough said.

Second, it’s breaking a promise—kind of a big one—and we’ve been told since childhood not to break promises. Also, not to run with scissors or eat that sticky kindergarten paste that smells sooo good. But the promises thing is a Big Rule You Shouldn’t Break.

Third, your spouse may have a brother “upstate” and/or “in segregation” who is due for parole soon. Or a sister who’s an advanced amateur kick boxer. Go back to that “motivated by fear of death” thing, supra. 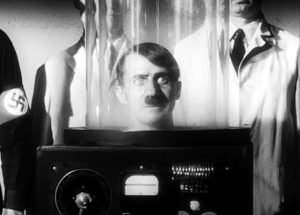 Finally men, if you and your spouse have kids, well, that’s the woman who made you immortal. Or the closest thing we can manage at present that doesn’t involve cryogenic freezing. And I’ve been creeped out by that stuff since watching ‘They Saved Hitler’s Brain’ at age nine. So you really, really, really shouldn’t cheat on the woman who bore your children. What you should be doing is working on lifelong payback for the solid(s) she did you with that whole pregnancy, labor and delivery thing, as well as all that icky Child-Rearing Stuff, too. And it matters not whether you were ever married, divorced or even liked each other much.

The Art of Manning Up

I’m not suggesting people don’t have a right to divorce. Heck, sometimes you just need to throw the toad/harpy out, admittedly. However, you owe your spouse—particularly if said spouse is dual-hatted as Mother of Your Children—the honesty and basic decency of putting on your Big Boy/Girl Pants and admitting you don’t want to be married anymore. Not sneaking around making a fool out of He/She Who Will Always Be the Last to Know. That needs no more support than to say It’s Just Plain Wrong. 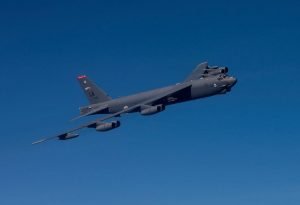 “But wait,” I hear you saying, “don’t men like to fight in wars and die and stuff?” Why yes, historically and contemporarily we do seem drawn to that kind of, ummm, self-critiquing behavior. I myself spent 20 years in the military, including perilous times in Bosnia, Iraq, and the basement of a B-52 bomber. OK, more like the walk-down of a B-52 bomber, where the navigator and the bombardier sit.

Rather than a counter-argument, that only reinforces my point. Let me relate a parable. Back in my days in the Air Force, the regulation on medical qualification for flight duty contained a bazillion things that were disqualifying, up to and including bedwetting and/or sleepwalking after the age of 12. I asked our senior flight surgeon about this once, pointing out that many of these conditions had, well, absolutely nothing to do with flying an airplane. His answer has stuck with me for three decades and more: “It’s just a way of culling the herd. There’ll always be a long line of young men wanting to fly airplanes fast and close to the ground. It’s how they show they’re not afraid of dying.”

Now that’s something that made me go, “Hmmm…” I haven’t stopped since, leading Kay-Kay to wonder why I’m humming at the oddest times, I suppose.

I wasn’t sure what to do with this information, so I did what I always seem to do—I asked the Greeks. (“Hey, Nick! I’ll take a spanakopita and the Meaning of Life special. And wrap it to go.”) You don’t really have to look any farther than The Iliad. To your basic classical Greek, there were three requirements for leading a good life and thereby living forever—or at least a good long time—in blessed memory. 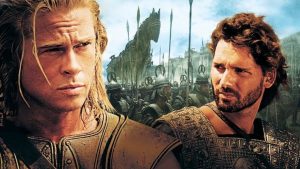 First, serve the polis. Or whatever your essential unit of allegiance might be—the Motherland, la Patrie, your FaceBook Friends. Second, honor the ancestors. Third, worship the gods. The end result of this, since the ancient Greeks had no heaven or 72 Virgins or whatever, was the tacit promise that you would join the cohort of honored ancestors—the closest thing on offer to immortality—if you lived a dutiful life. Before scoffing at this quaint notion, consider that after 3,300 years, Achilles and Hector found themselves being played by Brad Pitt and Eric Bana.

This same basic reason—the existential fear of being forgotten when we’re gone—underlies much of what is seen as Stereotypically Manly Behavior. Overweening ambition, single-minded pursuit of athletic prowess, seeking the bubble reputation—all can be traced to this fear of death, of nothingness, of being forgotten. Of course, being crazy rich or an Olympic gold medalist or Brad Pitt doesn’t exactly hurt your aforementioned chances of shoving a lot of your DNA into the next generation either. 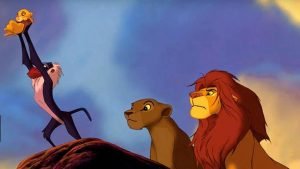 So what’s the upshot here? As always, there must be one somewhere. I guess it’s as simple as this. Love and honor—or at least honor, if you can’t love anymore—the woman who’s done, in an act of true superhumanness that we men can only envy and meekly try to comprehend, all the heavy lifting to make you immortal. A woman who has condescended to be your wife is incredible enough. There isn’t even a word to describe the awesomeness of the mother of your children.

What do you think drives men? What about women—the same? Or something completely different? Am I way off base here? Or am I on to something?