The Real Possibility of Secession 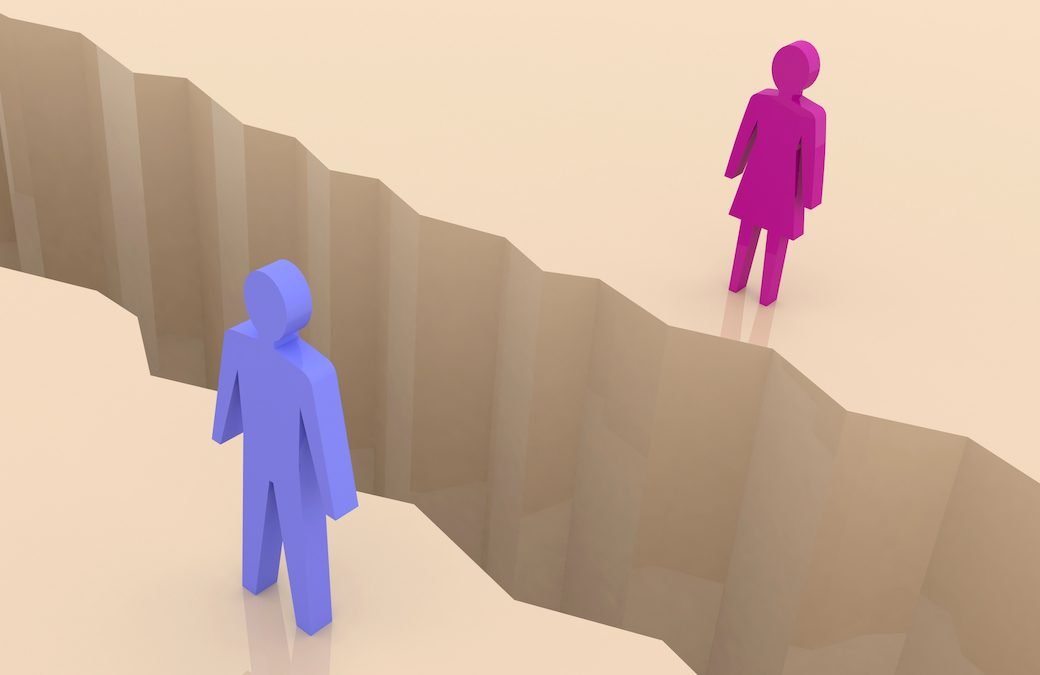 A couple weeks ago, I wrote about the beauty and wonder of autumn. My wife, Kay-Kay, was most pleased, since it wasn’t one of the Scary Blog Posts I’ve been wont to write lately. Then last week the Center for Politics at the University of Virginia published a poll showing that 52% of Trump voters think things have gotten so bad they favor Red States seceding from the Union. Before anyone climbs upon their liberal-progressive high horse, 41% of Biden voters thought the same about Blue States. Like it or not, secession is an actual thing again. 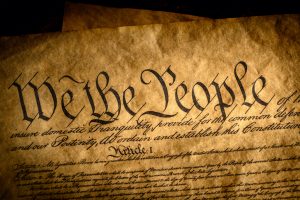 I’ll start by laying my own cards on the table. I’ve long rejected any quasi-religious belief that our American constitutional settlement is somehow preordained or eternal or inevitable. It just isn’t and anyone who sincerely thinks this needs to check their hubris and go re-read history.

The Roman Empire lasted roughly 600 years—the Eternal City lording it over most of the known world. Then their entire system of imperial governance—the Roman constitution—was rather quickly toppled by a bunch of hairy and rather smelly barbarians.

That’s just one example, of course. Monarchies, dictatorships, autocracies, and yes, democracies have all demonstrated limited shelf lives. This includes the size and composition of nations, too. 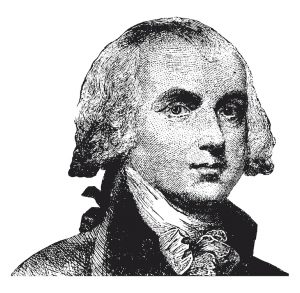 Far from a perfect document sprung whole cloth from the Great Minds of the Enlightenment, our much-lionized Constitution is proof of the axiom “making laws is like watching sausage being made.” The Framers were men who put their breeches and stockings on one leg at a time, subject to the foibles and prejudices of all us mere mortals. Most of their handiwork was the result of mundane horse trading, log rolling, back scratching, and hard-to-swallow compromise. The Constitution was not the product of divine inspiration. Neither Moses nor Madison brought the text down from Sinai. Jemmy Madison was only 5′ 4″ in heels, so couldn’t have carried that much stone anyway.

Look to the Not-So-Distant Past 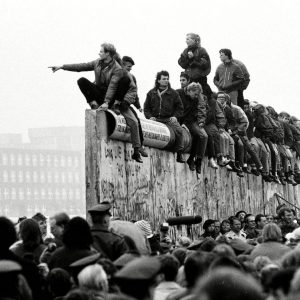 Anyone over the age of 40 has memories of the Fall of the Berlin Wall, the first brick removed from the edifice of the Soviet Union’s Eastern Bloc. Growing up in the 60s and 70s, no one would have imagined such a rapid end to the Soviet Union. I have a couple of degrees in International Relations and spent several years training to drop nuclear weapons on Russia. We never even joked about this possibility. We did refer to the prototypical Soviet pilot as “Ivan Bagodonitz,” which was rather funny.

Thirty years and a dozen Color Revolutions later, Russia is now a much-reduced tatty kleptocratic autocracy run by a short ex-KGB officer with a bad attitude. How the mighty have fallen. And could still fall further.

We’ve also even seen one example of how a nation-state can come apart in a non-violent manner. Czechoslovakia was something of a kluge, a Rube Goldberg nation. It was cobbled together by the victors of the First World War from the bones of the defeated and defunct Austro-Hungarian Empire. 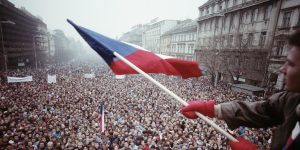 Neither Czechs nor Slavs were very happy in that empire. Czechs were ruled by the Austrian part and didn’t like it. Slovaks were controlled by the Hungarian part and mightily resented all that imposed Hungarian-ness. So in 1919 at Versailles, they got a country of their own. This was despite the fact they hadn’t agreed about anything other than not much liking the Austrians and Hungarians. They managed to hold things together for 20 years or so, right up until being swallowed piecemeal by Nazi Germany.

After the Second World War, it was out with the Nazis and in with the Soviets. Czechoslovakia was kept together for another 45 years by being sucked into the Communist orbit and firmly under the Russian thumb. Until there were no more Soviets, that is. After booting out the Communist government in their 1989 Velvet Revolution, Czechoslovakians decided it was time to part four years later. 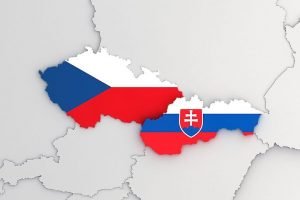 What happened was rather unique historically. Rather than fighting to a resolution, they talked. And talked. Then talked some more, for two years. In the end, the Velvet Revolution gave way to a Velvet Divorce on 1 January 1993. At that same time, Yugoslavia, a similar cobbled-together nation, was descending into ethnic cleansing, concentration camps, and genocide.

Whenever anyone uses the word secession in an American context, our minds immediately go to the looming example of our Civil War as the ultimate cautionary tale. No matter your historical or regional or racial perspective, it was a nasty piece of work. But is Civil War 2.0 a productive way to frame this discussion? 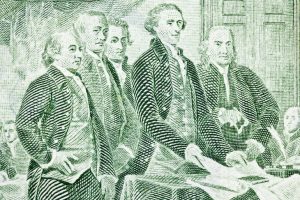 Let’s start not with the Framers of our Constitution, but rather with the Founders of our independent nation. To a man, the signers of the Declaration of Independence manifestly believed in the right of peoples to secede. We should remind ourselves that the very formation of the United States was an act of secession from the United Kingdom, a rejection of the imperium of the British Crown.

Jefferson waxed eloquent for 350 words, detailing the natural right of “…one people to dissolve the political bands which have connected them with another.” He then proceeded for another 650 words to present a bill of indictment against the King.

Most tellingly, Jefferson stated the when and why of secession in this particularly instructive passage:

That to secure these rights, Governments are instituted among Men, deriving their just powers from the consent of the governed, —That whenever any Form of Government becomes destructive of these ends, it is the Right of the People to alter or to abolish it, and to institute new Government, laying its foundation on such principles and organizing its powers in such form, as to them shall seem most likely to effect their Safety and Happiness. 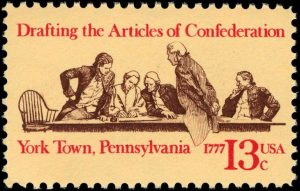 The American people again exercised their right to alter their Form of Government in 1789, replacing after only eight years the creaky and ineffective Articles of Confederation with our current Constitution. 1776 to 1789 is only thirteen years. This was the same generation of Americans, give or take, that embraced secession, created a first constitution, and threw it away wholesale to create a second Constitution. Of the 48 signers of the Articles of Confederation in 1781, 14 had signed the Declaration of Independence five years earlier and six signed the Constitution eight years later.

They knew exactly what they were doing. They were radically changing their national allegiance and/or their constitutional form of government. Three times. In thirteen years.

Secession is Bubbling Up Everywhere 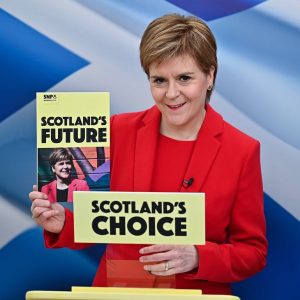 There are a significant number of serious secessionist movements across the globe. The Scots voted fairly narrowly to remain in the United Kingdom eight years ago. The Scottish National Party, the majority in the Scottish Parliament, promises a second independence referendum as a result of the Brexit departure of the UK from the European Union.

In Canada, a serious secessionist movement—the Parti Quebecois—has governed the province of Quebec off and on since 1976. Quebec held independence referendums in 1980 and 1995. The second vote ended with a defeat of secession by just 1.4%. 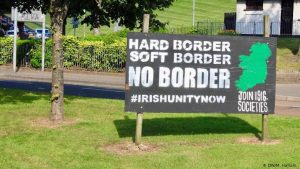 There are other secessions bubbling up in Europe. The most troublesome, as much from national government suppression as from separatist action, is in the Catalonia region of Spain. The negative impact of Brexit on Northern Ireland may succeed where decades of sectarian violence failed in uniting Ulster with the Republic of Ireland. And Belgium has seen a rapid rise in separatist sentiment among the Flemish region of Flanders. What we’ve long thought were historically settled borders in Western Europe may well be in flux.

What does this all mean as a lesson for the USA? First, we must shake off our knee-jerk revulsion at the very word “secession.” Sure, there’s one rather unconvincing 1869 Supreme Court decision, Texas v. White, that said secession was unconstitutional. But when half the population of our nation reports they would be fine with Red or Blue State secession, it’s time to talk about this. Out loud and calmly. 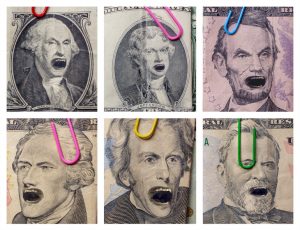 As I’ve written before, I don’t currently support breaking up the United States. What I do support is a convention to undertake significant revision of the Constitution. This must start with purging the worst anachronistic counter-majoritarian features. These include the Electoral College, two senators for every state regardless of population, and allowing the Supreme Court to grant itself power to determine the constitutionality of all state and federal actions.

That’s a lot of years for any political document to endure, let alone a Constitution. It’s time to reexamine it closely, with all options on the table. Our Union is not perpetual. And it’s nothing if it’s not consensual.