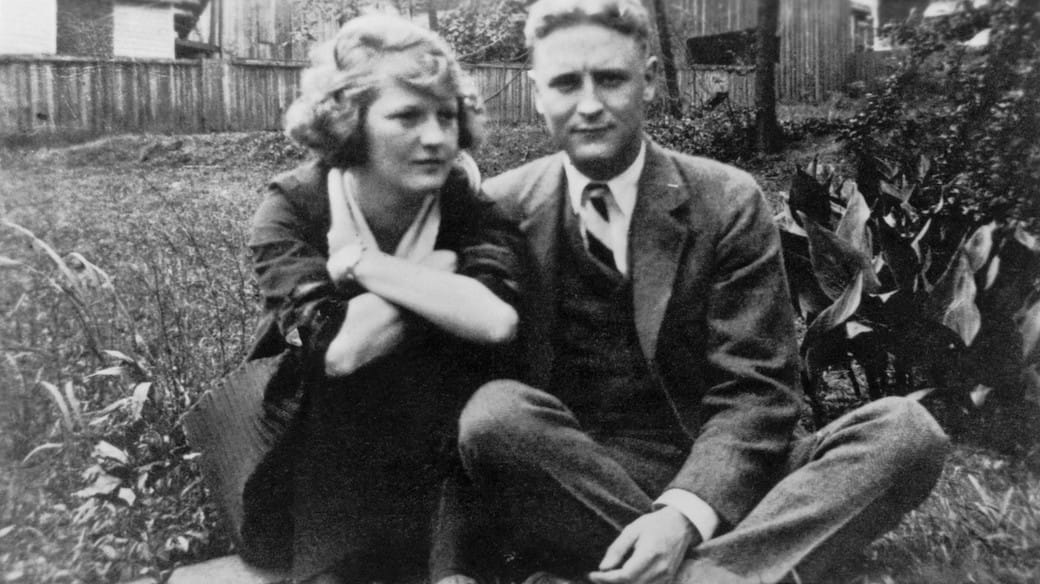 If there’s an area about which this lawyer knows Very Little Indeed, it’s the law of intellectual property. Including public domain and copyrights, this is known amongst the cognoscenti as IP. I barely know how to spell it.

This might come as a shock, since I’m also an author. So shouldn’t I Care Quite Deeply about copyright? When I sell five bazillion copies of anything upon which I put my name, like Ken Follett or Stephen King, I’ll hire a whole squad of lawyers to care about my copyrights.

A Thing of Beauty

However, I was recently reminded that IP law is an actual thing when the Washington Post did a piece on famous works that come out of copyright in 2021. US copyright protection lasts 95 years. (If that sounds like a long time, it kinda is.) 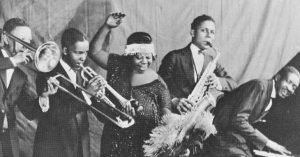 – And among many others, these books:

— An American Tragedy by Theodore Dreiser

— Arrowsmith by Sinclair Lewis (a favorite, being a fellow Midwesterner)

— In Our Time by Ernest Hemingway (first of his substantial works) 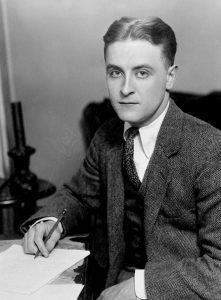 One work is dominating this year’s class of public domain entrants. This is the year F. Scott Fitzgerald’s The Great Gatsby turns 95. Any story that manages to land both Robert Redford and Leonardo DiCaprio as stars in movie treatments has gotta have something going for it.

It’s a great story, to be sure. It perfectly captures the paper-thin facade of easy money and carefree hedonism of the Roaring Twenties. This speaks very loudly to the self-indulgence and runaway capitalism of our own time.

In addition, troubled Scott Fitzgerald and his even more troubled wife Zelda personified the zeitgeist of their time. Their very public meltdowns and very private agonies are tailor-made for our own celebrity-obsessed and voyeuristic culture. I suspect they make us feel a little better about ourselves, knowing that our great-grandparents were just as messed up as we are. 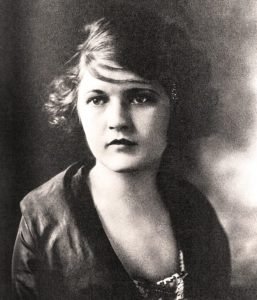 We ain’t seen nothing yet. You see, Zelda and Scott were real human-type people. So within limits, fair game for artistic meddling with their lives. Not so Jay Gatsby and Nick Carraway and Daisy Buchanan. These were creations of Fitzgerald’s fertile imagination, of his intellect. Ergo, his intellectual property. And nobody can mess with his IP without paying his heirs.

Until this past New Year’s Day, that is.

First out of the gate is Nick, a partial Gatsby prequel novel filling in the backstory of the narrator of Gatsby. Nick Carraway has fared not-too-shabbily in movie treatments, having been portrayed in 1973 by a youthful Sam Waterston and in 2013 by Spiderman, errrr, Tobey Maguire.

[Author’s Note: There have been a total of five cinematic whacks taken at The Great Gatsby. In addition to the 1973 Redford and 2013 DiCaprio versions, there’s a 1925 silent version I’ve never seen and a meh-inducing 1949 version with Alan Ladd in the lead. Of regrettable note is the 2000 A&E Network swing-and-a-miss. The less said of this effort, the better. I will only note that Nick Carraway was played by… Paul Rudd.]

Little, Brown and Co., the publisher of Nick, did not let any IP grass grow under their feet. The book went on sale the 5th of January, four days after Gatsby entered the public domain. The author, Michael Farris Smith, had been tinkering with this concept for some years, it seems. The early reviews are mixed. 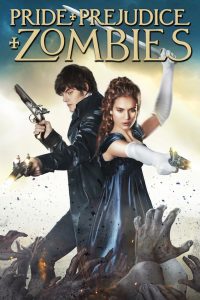 Just wait. If you want to see what’s about to happen to the much-beloved Gatsby, you need look no further than the entire sub-genre of derivative fiction that’s been engendered by Jane Austen’s even more beloved Pride and Prejudice. The Bennett sisters have even morphed into martial-arts-trained zombie hunters.

Both Sides of the IP Coin

The USA is an extreme outlier in the length of time it affords copyright protections to works created before 1978. There are only a couple of other nations that even come close to the US’s 95-year copyright period.

So Sherwood Anderson’s estate and Ernest Hemingway’s grandkids got an extra 20 years of royalties from the 1978 changes to US copyright law. Why should the rest of us begrudge them that cash? What other interests are at play here anyway?

More than you’d think, as it turns out, especially with new digital technologies. 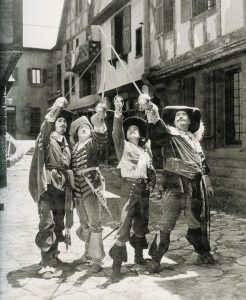 First, an expansive public domain for creative works fertilizes the fields for more creative work. For example, Alexandre Dumas’s 1844 novel, The Three Musketeers, has long been in the public domain. Just within the genre of cinema, there have been 26 live-action films, 10 animated films, and 18 derivative films about descendants of the musketeers, time-traveling musketeers, even dog musketeers.

Second, public domain material makes education cheaper and more innovative. Educators can access, rearrange, synthesize, and otherwise slice-and-dice public domain works without running afoul of civil or even criminal liability for copyright violation. (Anyone ever taught a college course and stood at the printer wondering, “Can I scan just one more chapter of this book for my students?” I have.) 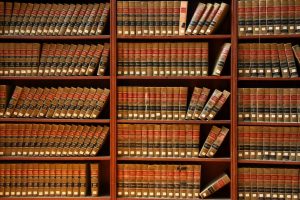 Third, a lot of professional and business people can save a lot of money from public domain documents that have hitherto been reasonably accessible only for pay. Anyone who’s practiced law since the ’80s is well aware of the priciness of the two big online legal search services, Lexis and Westlaw. Or rather, our clients are aware, since we pass those steep charges on to them whenever possible.

But here’s the thing. All government-created documents, records, statute books and case reports are kinda by definition in the public domain. The public paid for their creation, after all. Lexis and Westlaw made a lot of money over the years by digitizing and making searchable all that free content. The long-overdue end of that duopoly is well underway, now that the government is producing these previously paper works in digital form, cutting out much of the value-added proposition of Lexis and Westlaw. 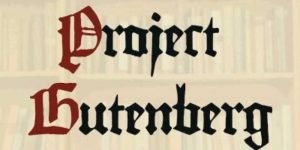 Finally—and in the long term most importantly—public domain works are much more readily archived, preserved, and saved from loss than copyrighted works. Because of the prohibitively long copyright terms in the US, for example, libraries and archives are extremely hesitant to digitize books, magazines, pamphlets, audio recordings, and movies. This problem is exacerbated by the fact that with such long durations, it is often prohibitively expensive and sometimes factually impossible to determine by whom a copyright is held. Since copyrights can be sold, mortgaged, transferred, and inherited, the ownership trail can meander endlessly. None of this matters for works in the public domain.

The biggest loophole in copyright is the fair use doctrine. In American law, it’s OK to utilize copyrighted material if considered fair use. For example, parody of copyrighted work is broadly considered a fair use. In one of the most significant copyright cases of the last decade, the federal 2nd Circuit in New York City found in a lawsuit brought by the Authors Guild [I’m a member] that Google Books digitization of copyrighted works for database searches and display of samples constitute fair use.

Most people would agree with the 2nd Circuit. And it’s hard to deny that there’s a huge public good derived from Google Books. But it doesn’t always turn out that way. 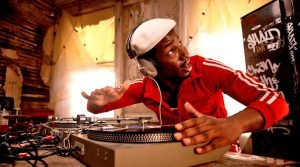 The question of music sampling, so integral to the evolution of the rap/hip hop music genre, was thrown into chaos in a 2005 federal case that held any sampling of music in another work was a copyright violation. This decision has had a very chilling effect, especially on new artists. Other federal courts have, however, disputed the 6th Circuit’s reasoning, so this is unsettled law at the moment.

Yep, this is all very complicated. But at least we now have Gatsby in the public domain. And Fitzgerald’s iconic characters are just itching for our fan-fiction treatments.