The Kurds and Me

I’m utterly heartbroken. It’s going to be hard to be funny this week.

What the United States has done in abandoning the Kurds in northern Syria is beyond forgiveness. I don’t care about your politics or your opinion of the Current Occupant of the White House. This was one of the most dishonorable things we Americans have ever allowed to happen. It’s right up there with the Trail of Tears or Japanese-American Internment. It really is that awful.

The Kurds are a very ancient people, with history dating back as far as 3000 BC. Saladin was a Kurd. They have their own language, distinctive culture, and a long history of struggle for independence. Their recent betrayal by the United States isn’t the first time they’ve been let down by Western powers. 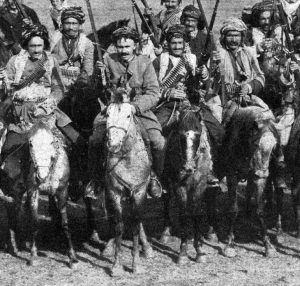 After centuries of alternated assimilation and repression within the Ottoman Empire, Kurdish nationalism exploded at the end of the First World War with the dissolution of Ottoman rule. The victorious Allies, sitting in their posh Parisian hotel rooms, divided up the remnants of the Austro-Hungarian and Ottoman empires. The 1920 Treaty of Sèvres made provision for an independent Kurdistan, but the Western Powers set a speed record extinguishing the promise of a free Kurdistan just three years later in the Treaty of Lausanne that created the boundaries of modern Turkey.

As a result, the Kurdish people were split and spread across four Middle Eastern countries — Turkey, Iran, Iraq, and Syria. And that has made all the difference. 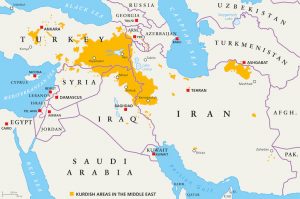 Today, the Kurds remain the largest ethnic group without a state to call their own. Because the Turks don’t recognize the Kurds as an ethnic group, it’s hard to get an exact count of how many there are in Turkey, although that’s the country with the largest Kurdish population. This constitutes about half of the 40 million Kurds worldwide. Were there an independent Kurdistan that encompassed all the Kurdish people spread across the Middle East, it would be the fourth largest country in the region, smaller than only Egypt, Iran, and Turkey. Kurdistan would be 10 times the size of Kuwait — a country whose independence the western allies have spent a significant amount of blood and treasure guaranteeing.

Over the last 30 years, the Kurds have been remarkably loyal and incredibly important to the US’s conflicts and peacekeeping in the Middle East. During the last years of the barbaric Iran-Iraq war, a de facto civil war existed in northern Iraq between the Kurds and Saddam’s regime. As a result, Saddam ordered the Anfal—“spoils of war”—Campaign against the Kurds. Over a period of two years, this resulted in destruction of 2,000 Kurdish villages and the killing of almost 200,000 Kurds. 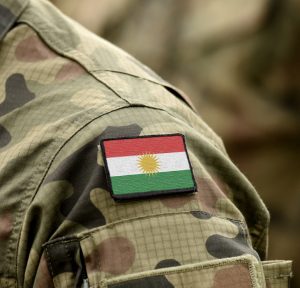 During the First Gulf War, the Kurds again rose against the Saddam regime, only to face another round of violent repression when Saddam remained in power at the end of that 100-hour ground war. After the United Nations Security Council condemned the genocidal repression of the Kurds that followed, the allies instituted a no-fly zone over northern Iraq which allowed a safe area for the Kurds, as well as a base of operations for their militia forces—the skilled and tenacious Peshmerga. When American troops arrived in 2003 during the Second Gulf War, the Kurds literally danced in the streets. The Kurdish government of northern Iraq now controls about 1/5 of the country and is a full participant in the national government. (The first President of post-Saddam Iraq, Jalal Talabani, was a Kurd. He served for eight years, quite a feat in that fractious country.) Suffice it to say, the Kurds took the place of tens of thousands of American soldiers that would’ve otherwise been needed to occupy Iraq. Although the Iraqi Kurds held an unofficial referendum in 2017 in which 93% of the population voted for independence, the fate of a free Kurdistan seems as distant as ever.

The treatment of the Kurds in Turkey, where they constitute maybe 25% of the population, has oscillated between repression and genocide for the last hundred years. Since the First World War, the Turks have ruthlessly suppressed revolts, forced relocation of millions of Kurds, and even criminalized use of the words “Kurd” and “Kurdistan.” It should come as no surprise that the Kurdistan Workers Party or PPK has waged an armed insurgency against the Turkish government for almost 40 years. The European Court of Human Rights has condemned the Turkish Government repeatedly for widespread human rights abuses against the Kurds. The Turks, a NATO ally, have convinced the US and most European countries to list the PPK as a terrorist organization. The UN, Swiss, Russians, Chinese, and Indians refuse to do so. A rather clear case of “one man’s terrorist is another man’s freedom fighter.” 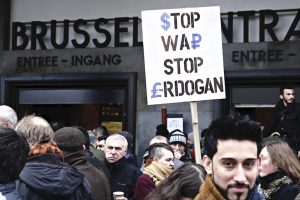 In Syria, civil war has raged since 2012 against the autocratic and violently repressive Assad crime family’s dictatorship. The Kurdish Peshmerga have long joined in the fight. Since the United States has declined to send significant numbers of ground troops into Syria, the Peshmerga provided a substantial and lethal part of the anti-Assad and anti-Islamic State forces backed by the US and NATO. If there was any group to be singled out as contributing most to defeat of the Islamic State in Syria, it would be the Kurds. Again, the Peshmerga saved an enormous amount of American blood and treasure–at the cost of 10,000 of their own soldiers. Because a victorious and battle-seasoned Kurdish fighting force across the border made the Turks very nervous, the US had kept a few hundred special forces troops in the area to serve as advisors to the Kurds and as a tripwire preventing large-scale Turkish operations against the Kurds in Syria. For whatever reason—and hopefully we’ll find out soon exactly why—the current American administration decided to pull remaining US troops from northern Syria and thereby green-lighted the long-desired military operation by President Erdogan and his army deep into Syria. 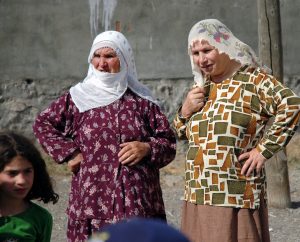 The results have been of course predictable—hundreds of thousands of refugees, thousands of slaughtered civilians, widespread atrocities and war crimes. Exactly what people with knowledge and experience in the region anticipated. Once again, after showing unwavering loyalty and remarkable courage and tenacity, we abandon our Kurdish allies to a sad fate at the hands of an autocratic Turkish government. The Kurds have turned to the Russians and their Assad regime allies for protection. A colossal strategic defeat for the US on many levels.

We will never purge this shame. 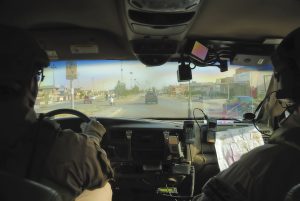 I have some experience with the Kurds that makes this very personal to me. I served as the chief of party on a big criminal justice reform project in Iraq in 2008 and 2009. This was not the friendliest time to be an American in Iraq and we were generally restricted to the Green Zone. Since much of our work with the Iraqi judiciary had to be done outside the Green Zone, we were escorted by private security forces in armed convoys of bulletproof SUVs. We’d travel in four-vehicle convoys with American or British or Australian guards in the cars with us. In addition, in front and behind, we were protected by eight Kurdish Peshmerga veterans in nondescript four-door sedans. We affectionately referred to these as the Clown Cars, since they jammed a ridiculous number of people and equipment in each one. 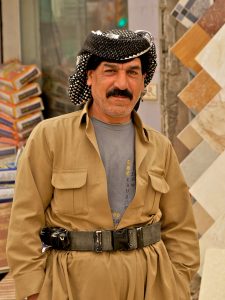 I was very, very fond of our Peshmerga guards. You see, without ever showing a weapon, these Kurds could handle any situation that slowed or stopped our convoys. Nearly every Kurd is bilingual—they speak Kurdish and Arabic or Kurdish and Turkish. Because of this, almost any situation could be defused by our Peshmerga guys simply talking people who were causing problems into letting us pass. In all the times I rode out with Kurdish protection, I only saw them display weapons, which they mounted on the backs of the seats or along the floor of their sedans, two or three times. These were, as I said, incredibly brave and loyal men.

I always contrasted this to when I was required to convoy out with American Embassy personnel, who were protected by, shall we say, a Notorious American Private Security Company. Again traveling in four SUVs, in lieu of our beloved Clown Cars, the Embassy’s security details escorted their convoys with two Little Bird helicopters, each carrying a sniper. I felt much safer guarded by two sedans filled with brave and culturally savvy old Peshmerga than a couple of hyper-testosterone-laden American snipers, half of whom were juiced on steroids. What I know is that I never lost a single one of my 75-odd staff. Never had one kidnapped or even detained. Not so much as a scratch.

So yeah, this is personal for me. I entrusted my life and the lives of my staff to the Kurds for 12 months in a Very Dangerous Place. I’m sorry to say I didn’t even know many of their names. I sincerely regret that now.

The Kurds were always there for us, never wavered. We Americans can hardly say the same and we will wear that shame for generations.