The Corrosion of Hate

It’s The Hate that’s wearing me down. This week, culminating with a late-night Trump tweet admitting he’s positive for COVID, The Hate reached new depths. I’m a dyed-in-the-Blue-wool liberal, but I don’t hope Donald Trump dies from COVID. And yes, I get the irony of his succumbing to the virus after denying, delaying, and minimizing the pandemic’s severity. Still, I want him to recover and face electoral defeat, bigly.

Karma is an unforgiving mistress to us all, even a President.

Since November 2016, most of us have been affected by The Hate that’s flooded this country like a fetid cesspool. I’m not going to fake moral superiority—I’m as impacted by this constant drumbeat of hatred and have succumbed to its seduction as much as anyone. I’ve even had to set my Twitter account to erase tweets older than 90 days. Deleting hateful tweets I’d later come to regret got to be too hard.

Augustine of Hippo, a saint who’s stuck with me long after my departure from the Catholic Church, said, “Anger is a weed; hate is a tree.” The teaching point here is that anger springs up in lots of places, but it can be pulled up easily. The Tree of Hatred, however, is much more durable. 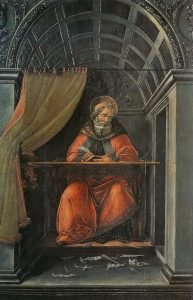 Saint Auggie is right, as far as he goes. What he didn’t touch upon is the fact that many weeds, fastidiously nursed and lovingly tended, grow into trees. This is what I fear most in myself.

Since the 2016 election, I’ve been angry almost all the time about this country, our government, and our horribly polarized society. It’s a static hum playing in the back of my brain. I’ve vented a lot of anger on social media and, to a much lesser extent, in this blog. It took Trump’s COVID infection to shock me into realizing my Angry Weeds are threatening to grow into a whole forest of Hateful Trees.

Struggling With My Own Hate

I was texting with an old Georgetown Law classmate of mine in Hawai’i late Thursday night, when he wrote, “Trump and Melania tested positive for COVID according to CNN.” My initial reaction was… awful. Without any conscious thought, I was happy he was sick and hoped he’d die. I did not like myself very much.

Even my wife, Kay-Kay, one of the most compassionate and kind-hearted people I’ve ever known, succumbed a little to the same temptation. That shocked me more than my own reaction.

We’ve both backed off those horrible initial impulses, I’m happy to report. But I’m exhausted by the jumble of emotions careening around my brain. I can feel my mental, my emotional, even my physical health being negatively affected. I’d like very much for it to stop, because I’ve been slowly drained, drip by drip, by all my anger and occasional hatred over the last four years.

So many Americans—sadly, including the Patient-in-Chief—have adopted The Hate as a lifestyle choice. This is not restricted to any one political party or ideological alignment. The Hate is pervasive, it’s in the air, ever-present and all around us. It informs every aspect of many Americans’ lives. It’s a mark of tribal loyalty, of moral superiority, of political dominance.

It’s also a second pandemic that’s sapping the vitality of the nation, even more effectively than COVID. And I’m not sure we’ll survive The Hate as the same country. There are too many Ahabs among us now, all viewing The Other Side as their personal White Whale. 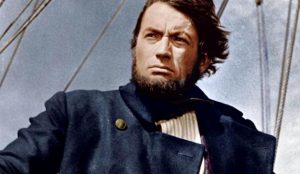 As a reminder for the 99.9% of us who reached for the Cliff Notes long before the end of Moby Dick, Herman Melville put these final words in Captain Ahab’s mouth, “To the last, I grapple with thee; From Hell’s heart, I stab at thee; For hate’s sake, I spit my last breath at thee.”

As a second reminder, (spoiler alert!) this line is followed immediately by Moby Dick drowning Captain Ahab. (Also drowning Gregory Peck. It plays better as a movie than a book, for sure.)

There’s plenty of self-righteousness behind a lot of The Hate, again from both sides. On the Left, it’s considered a badge of honor to loudly proclaim one’s hatred of Trump and his diehard supporters—which if polls are correct includes about 25% of American voters. The throw-away justification for The Hate on the Left has become #TheResistance.

The problem is, as the remarkable American 20th-century theologian Thomas Merton teaches, “Merely to resist evil with evil by hating those who hate us and seeking to destroy them, is actually no resistance at all.” 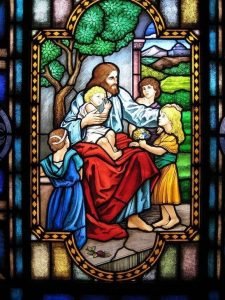 The Hate on the Right often comes packaged as religious self-righteousness, which in both my book and The Book of Jesus of Nazareth is the most pernicious form of self-righteousness. Since at least the Reagan years, abortion rights have been the signal issue in this regard. I’ve long said we should be extremely wary of this highly emotive, no-middle-ground issue turning into our modern-day slavery/abolition divide. And that did not end well.

So as to the genesis of The Hate, there’s plenty of blame to go around.

What I’ve feared most about The Hate is already happening and will only get worse over the next month and possibly beyond. The toxicity of The Hate for both Hater and Hated is corroding the superstructure of our democracy—everything built atop the lofty founding principles of our Republic.

This destruction is the result of many forces. The steel of that structure has been rusted away, bit by bit, from the steady micro-hatreds that daily permeate our media infosphere. In various acute moments—Charlottesville, impeachment, BLM protests—one side or the other splashed acid on the metal, eating away big chunks before our eyes. The buffeting winds of pandemic and demographic change have twisted and torqued the weakened structure, too. Just as no one expected the World Trade Center towers to collapse, we may be equally stunned by the collapse of our Constitutional edifice.

It Can Happen Here

What might come after—in a nation with 280 million privately owned weapons—keeps me awake at night. I spent a lot of time during the ’90s on peacekeeping duty in Bosnia. It was a rather prosperous place with a peaceful multiethnic population. They hosted the Winter Olympics in 1984, after all. A very familiar feel to Americans, in a Euro kind of way. 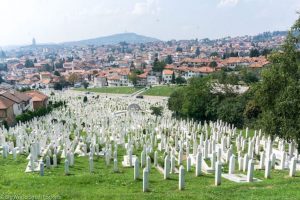 In early 1992, the Bosnians went from zero to genocide in under 60 days. I came to understand firsthand while collecting interviews from victims that the veil of civilization is tissue thin and can be shredded quickly and catastrophically. One of the most poignant memories I have is of the makeshift graveyards dug into parks, mourners unable to reach cemeteries because of the snipers and landmines.

Don’t delude yourselves into thinking it can’t happen here. It can. The stakes are very, very high for us. Today.

Is there a remedy for this pandemic of Hate? Maybe. The first step is also an act of self-interest—acknowledging the harm it does to ourselves. Coretta Scott King paraphrased her husband’s teachings, “Hate is too great a burden to bear. It injures the hater more than it injures the hated.”

Once again, Thomas Merton has something meaningful for us:

There’s a lot to unpack there, but it starts with acknowledging our own weaknesses and loving ourselves in spite of them. That’s a lifelong project for most of us and I freely admit it’s been a prolonged challenge for me. But that’s where we must start, with ourselves, with that which we have the power to change most readily. 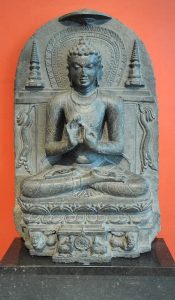 If we can’t manage this during the next 31 days, maybe we can agree to give it a shot on, say, 4 November? I’m resolved to try.