My New Orleans, The City That Care Forgot 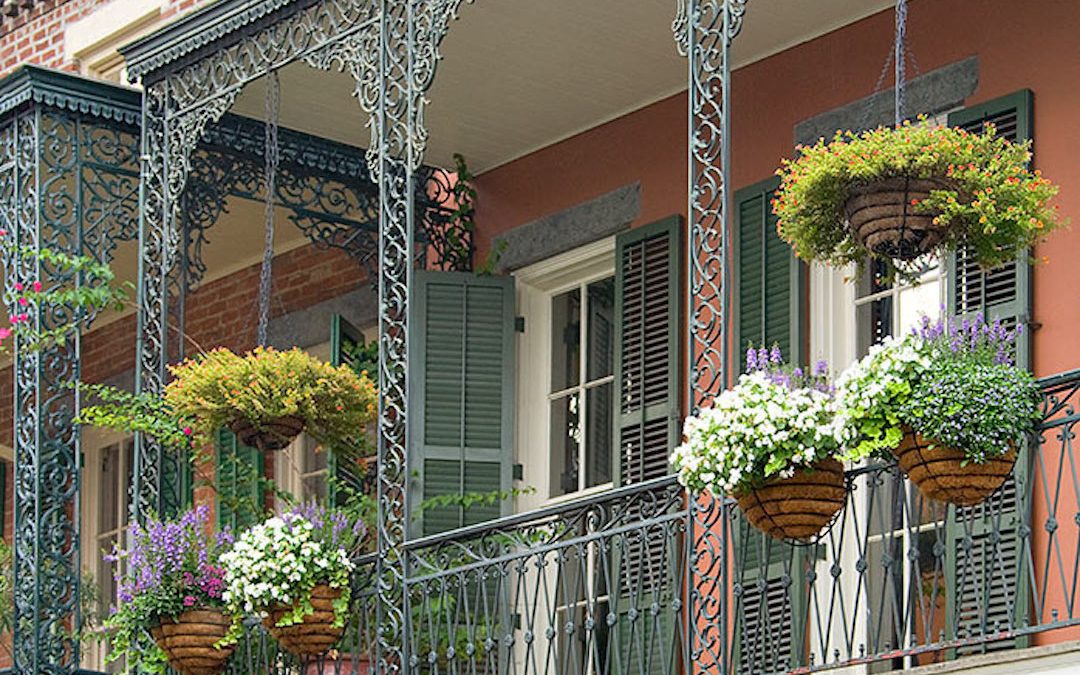 College applications have become a traumatic right of passage for American kids. My daughter Peanut, a straight-A, very talented, quite zen, non-boy-crazy young lady turned into a blubbering pile of neuroses for the four or five months of college application season. It was both awesome and horrifying to watch.

It was much different a generation before. No online FAFSA, no Common App, no paying to go on a summer medical mission to Botswana. We took The Test and completed The Paper Application on a device known as a Typewriter. Or we even [gasp] Wrote It In Ink. We then sent it off with something you Licked and Stuck On an Envelope. That was my process for the four (count them, only four) colleges to which I applied.

When it came time to decide, I had it narrowed down to two choices: Notre Dame or Tulane. Lest you need reminding, the University of Notre Dame is in South Bend, Indiana. A nondescript town on the southern tip of Lake Michigan. Even by Great Lakes Region standards, South Bend gets a prodigious amount of snow every winter. And fall. And spring. Tulane, by way of contrast, is in New Orleans. Where snow is not the most pressing concern.

No Snow And Mardi Gras 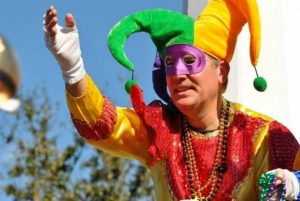 Since I was unable to decide, Mom said, “Let’s make one more trip to each school and then you’ll have to choose.” I should note that this was in January. We drove the 150 miles to South Bend, where the snow was up to my nostrils all over the Notre Dame campus. Snow drifts make that Big Gold Dome a lot less alluring. Two weeks later, we flew down to New Orleans. I should note this was now early February. And seven or eight days before Mardi Gras. I trust I need not say more.

So Nyah’luns was to be my second hometown. It seemed like a grand idea at the time. Come August, I uprooted from sleepy little Skeeterville, Illinois, into the exotic environs of the Crescent City. To make matters worse, I was surrounded by cool, hip and sophisticated classmates. They came from places I had only read about in Penthouse Forum, like Miami and Houston. And some place called Long (hard ‘g’) Island. I have never felt more a hayseed in my entire life.

The Law of Unintended Consequences being what it is, this acute self-consciousness compelled me to study harder than I had in the previous eighteen years combined. This was based on my later disproven notion that “Urban Sophistication + Izod Shirt = Smart.” The inverse of which was me, or expressed as a formula, “Rube + Charlie Daniels Shirt = Dumb.” I peaked academically my Freshman year and road a downward-sloping GPA for the remaining three.

But regardless of anything else, I was in New Orleans and that kind of made everything OK. The usual way this works for Tulane students is that for two or three months, you’re in Hyperkinetic Tourist Overdrive. This means one finds oneself spending way too much time in strip clubs drinking $7 Schlitz minis. Or at Pat O’Brien’s drinking $12 (including a $5 glass deposit) Hurricanes. And these were 1978 prices, keep in mind. 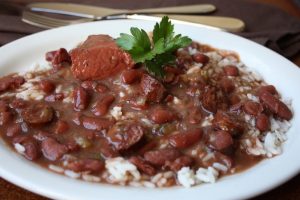 NOLA was and remains an utterly unique place in America. Things are just done differently there. It wasn’t expensive. Stay away from the tourist mecca of the French Quarter and you could live cheap. Shoot, on Mondays, which means red beans and rice all over Nyah’luns, I used to get a plate of RB&R, a chunk of baguette, and a draft Dixie beer at my corner bar for $1.25. There was a place near campus where Friday happy hour was nickel oysters, all you could eat. (Let me rephrase: they sold fresh Pontchartrain oysters for one-twentieth of One US Dollar.) Hence the appellation “The City That Care Forgot.”

Music in The Air 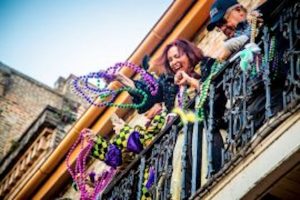 There was always music—or at least the threat of music—in the air. The HBO series Treme spread knowledge of the New Orleans tradition of the foot parades known as Second Lines far and wide. My favorite memory of a Second Line was the night the upstart U.S. hockey team beat the vaunted Soviets in the 1980 Winter Olympics.

I was watching at my corner bar, a joint called The Boot, after rugby practice. The place went crazy at the final buzzer, but celebrations in NOLA are seldom confinable within doors. A few umbrellas—required accessories for any parade in NOLA— appeared and some happy drunks led us packed-in patrons out onto Broadway Street, singing “When the Saints Go Marching In” at the top of our lungs. (It’s always “The Saints,” after all.) As is the way in New Orleans, a single trumpet appeared from God-knows-where to lead the Second Line and obstruct all hopes of normal traffic.

As we romped up and down Broadway, more people came out from the houses and other instruments joined the parade. Soon, people on porches started throwing beads, since every household in New Orleans has crates of Mardi Gras throws stashed in the back of closets. This spontaneous Second Line went on for a good three hours. (I also got laid that night, a rare enough event, to which the U.S. hockey victory may or may not have been causal.)

Mardi Gras Really Is The Weirdest

Of course, the signal event of the year is Mardi Gras. The Gras is, as that American sage Dennis Hopper once said, “the weirdest.” And he meant fun weird, not creepy weird. Well, mostly not creepy. There was always that voodoo thing in New Orleans. Like the occasional item in the Times Picayune that read something like, “Christian Bourgeois, age 34, found dead in his apartment by a neighbor. He had a hugely swollen head and minutely shriveled limbs, his heart having exploded out of his chest. A Coroner’s inquest is ongoing.” Nobody, and I mean NOBODY, ever made fun of the gris-gris in public places. Just. in. Case. 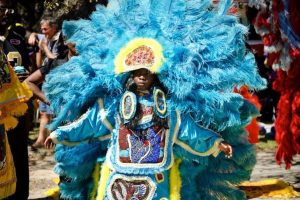 My first experience of Mardi Gras was not at all unique. My roommate and I made our way downtown the Saturday morning of Mardi Gras weekend by streetcar and hoofed it up a side street into the heart of the French Quarter. When we reached the corner of Bourbon, we found ourselves elbow-to-elbow in a wildly cheering crowd of several hundred drunks, all staring up at a balcony. When we looked up, we saw a man and woman, completely naked except for sparkly carnival masks, wildly copulating. My roommate turned to me and said, “I believe we’ve found Mardi Gras.” Truer words were never spoken.

If you managed to settle into a sustainable life as a Yat (a nickname for locals, the standard greeting in NOLA being, “Hey, where y’at?”), Nyah’luns became an inseparable part of you. To this day, I can stay away maybe three or four years before that ache starts, and I mean a deep physical ache, to get back. Might be triggered by a whiff of something that smells a little like a beignet or a few notes that bring to mind a certain song. One such Louis Armstrong song asks, “Do you know what it means to miss New Orleans?”

I sure do, Satchmo.

Anyone else have any great recollections or a shout out for NOLA?