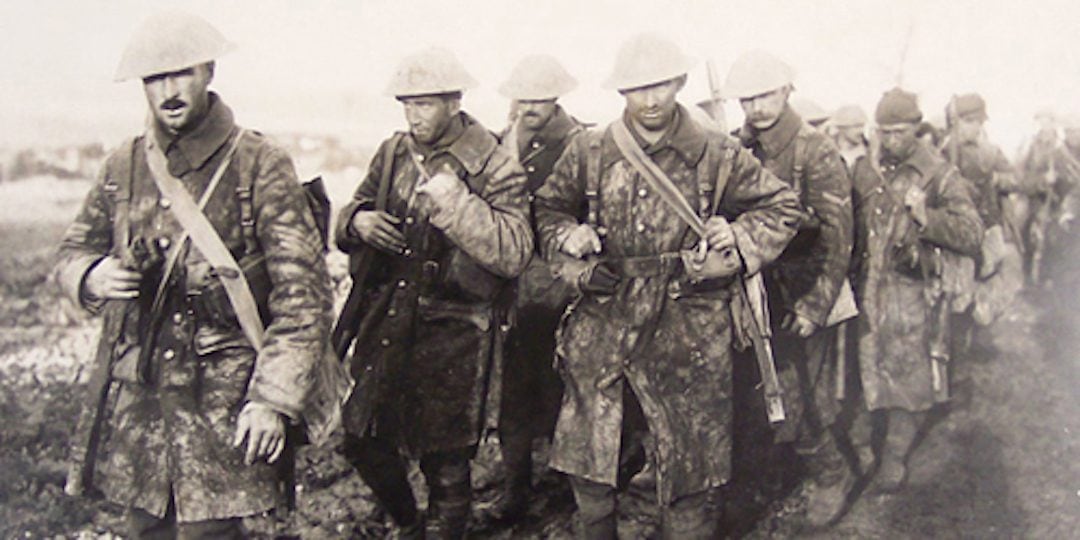 [I’m still on the road doing some legal consulting in Indonesia. It was a crazy-hectic week here, so I couldn’t squeeze in writing a post. I’ve been collecting thoughts and pics, however, and will try to do a travelogue post next week, time allowing. This post is one of my favorites and originally went up back in May just before my first book came out. Seemed apropos to repurpose it, since it’s Veterans Day weekend and my second book is coming out in a couple of weeks.]

I must be a terrible writer. Seems to me writers as a tribe spend a lot of time whingeing and sighing about how tortured we are. (And obsessing about adverbs, which is kind of weird when you think about it.) It’s all “Oh! I didn’t make my word count!” and “Don’t you understand how I suffer for my art!” What makes me a terrible writer, I’m fairly certain, is that far from being tortured, I feel kinda privileged to be writing every day.

OK, maybe I have some advantages. I get to write more or less full time by doing a little legal consulting on the side. I’m not a raging alcoholic—pitifully full disclosure, I don’t even drink. And Kay-Kay isn’t much of a Zelda, which is a Very Good Thing for those who might be confused.

This out-from-under-the-bell-curve abnormality may be because I came to fiction writing later than most. I say fiction because I’ve been writing for a living most of my adult life. I’m a lawyer—about 75% of what we call work is mostly writing. Come to think if it, many of my former opposing counsel might claim I’ve been writing fiction for quite some time. But I digress.

Because I started in with serious non-courtroom storytelling 35 years after graduating from college, I began with much more self-discipline and far better organizational chops than I would have had at age 22. Yes, I sweat my word count, but I’m such an obsessive planner and outliner that I really don’t have any idea what ‘writer’s block’ means. I always know what the next scene is going to be and what objectives I have to achieve within it. So getting the words down on paper—or rather, into electrons—isn’t all that torturous. More like tedious on some days, but not that many.

Therefore, it’s a fair critique to say that I might suck at writing. It’s unfair to say I’m not efficient at writing.

My first novel, None of Us the Same, comes out next week. It’s historical fiction set during and after the First World War. It didn’t start out that way, however. It went there, well, because I’m kind of a coward. Let me explain.

I really wanted to write something about young men and women coming home from war, what the war did to them, how they picked up the pieces and made a life for themselves anyway. Initially I thought of writing a contemporary ‘coming home’ story about the Iraq and/or Afghanistan wars. And there are some great ones already emerging—if you haven’t read Billy Lynn’s Long Halftime Walk, go do so immediately. It’s a thin volume, a quick read, and an utter gem. And of course it’s So Much Better Than the Movie. (Huh, maybe I’m not so atypical…)

Keep in mind I spent 20 years as an Air Force officer, including some serious time in the Balkans and short stints doing some friendly fire investigations in Afghanistan back in 2001 and 2002. So I come to this with a specific set of experiences and preconceptions. What I found, however, was that as I pondered this project, I was overcome with a feeling I couldn’t shake, a sense that I maybe was appropriating deeply personal stories of fellow veterans much younger than I am. I couldn’t talk myself out of feeling a little like thief. (In some future post, I’ll discuss the general problem of ‘appropriation’ by writers, a topic upon which I have some decided opinions.)

Turns out two things saved my project. First, it’s the centenary of World War I – the US entered the war 100 years ago last month. (The Europeans got into the War, well, let’s say somewhat earlier.) This has generated some buzz around this sparsely known period of American history. Second, most of the same traumas and problems with which current veterans struggle were present in spades in the Great War. But all those young men and women are dead, so borrowing their stories felt substantially less like wrongful appropriation.

Doing a deep dive into the history of the conflict, it dawned on me that what the First World War really represented was the first Truly Modern War—with all the ambiguous connotations that statement carries. Like Iraq and Afghanistan, the Great War produced big numbers of traumatic blast injuries (from days-long barrages), post-traumatic stress (‘shell shock’ in the argot of the day), and people who survived multiple wounds and amputations (from new medical procedures and techniques, albeit no miracle drugs). I found I could get to where I initially wanted to go—examine how young people come home from the truly extraordinary and horrifying experience of war and do the best they can to carry on with the ordinary lives they’re expected to reclaim. And all through the hazy gauze of a historical narrative.

I was struck by the sense of commonality between the GIs of today and the American doughboys and British Tommies and French poilus of a century ago. In memoirs and poems, songs and letters, novels and histories, I read of the eternal complaints of the foot soldier. Endless boredom? Definitely. Pitiless conditions? Unavoidably. Constant thoughts of home? Inevitably. Unpredictable moments of sheer terror and violence? Unfortunately.

From my own experience, I found it amusing that those sepia-toned soldiers of the Great War were every bit as profane as we were and I’m certain young troops are today. Let me assure you that the F-Bomb is not a recent invention. In the few uncensored writings I could find, conversations in the trenches were f&$k this and f@#%ing that, more or less all the time. By way of comparison, when I was flying B-52s, we used to say the reason they didn’t put cockpit voice recorders in our aircraft was every third word would be f#&k. Plus ça change and all that.

And unlike those of us who served in the ‘80s or ’90’s or more recently, our granddads and great-granddads came up with some amazingly filthy songs, many of which have survived mostly in the cleaned-up versions the boys brought home with them. However, having played rugby in college and followed it closely ever since, I can attest to the WWI origins of some of the filthiest lyrics from the post-match songbook.

Above all else, I wrote what I hope will be an entertaining book. The most exciting and gratifying comment I received from one of my many early draft readers was, “This is a cracking good read.” Nothing could please more. I also hope it readers will pause to ponder the incredible resiliency of regular people thrown into situations of complex danger and incalculable suffering. That elusive ‘human spirit’ really is something.

I would love to hear from other veterans in Comments, or anyone else with an opinion they’d like to share.

I invite you to sign up on the side of this page for my e-newsletter to keep current on my novel, None of Us the Same, as well as subsequent volumes in my Sweet Wine of Youth trilogy. The second book, Truly Are the Free, is in final revision now and scheduled for release the 30th of November You’ll receive as my thank-you for signing up “30 Sayings You Never Knew Originated During the First World War.” You’re guaranteed to read it and say, “I didn’t know that!”