The Art of the Bureaucratic Slow Roll 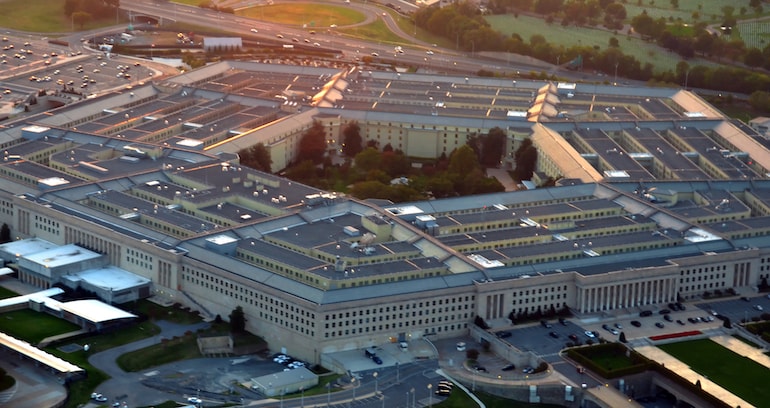 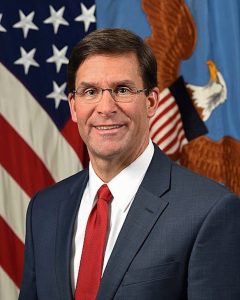 We’re about to witness some epic bureaucratic slow roll. Last week, the Outgoing Administration freaked out a lot of people by firing Secretary of Defense Mark Esper and a couple of other High-Ranking Pentagon Mucky Mucks. [Editor’s Note: There are a LOT of “High-Ranking Mucky Mucks” inside the Pentagon. Many more than attended this weekend’s Million MAGA March. Estimate only.]

The White House announced Some Guy as acting SecDef, not that he’ll be around long enough to change the draperies. His expiration date of 20 January 2021 means he’ll be in his tufted-leather chair exactly 72 days. I’m not even going to bother learning his name. I need to free up some drive space in my brain.

Those who make their living being smarter than the rest of us commenced a lot of public handwringing. “Trump is trying to destroy the Department of Defense on the way out the door! He’s laying the groundwork for a military coup!!!” The Twitterverse and other social media Alternate Realities dutifully parroted the apocryphal warnings.

I laughed when I read these. Out loud. Really. Because I’ve been a tiny cog in the Bureaucratic Slow Roll.

Anyone who has, like me, worked in the Pentagon as a staff officer knows one thing to a moral certainty. There is no way anything significant will ever be accomplished within 72 days. Nada. 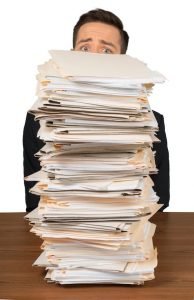 Here’s the dirty little secret. There’s no Deep State. There’s just a lot of paperwork. Also, a lot of bored civil servants not much interested in going out of their way to find more work for themselves. That goes double for the military.

That’s not to say we GIs couldn’t move fast when the situation was dire, dangerous, or involved getting to the chow hall before closing. Military members, however, have a  finely honed instinct for two things. First, we can always spot what is and isn’t an actual threat to the nation’s security. Second, we always know “what the general really meant.” This innate sense is often referred to as a “bullsh!t detector.”

Let me be frank. Yes, my comrades and I always obeyed orders. However, there are “orders” and there are ORDERS. An example of an “order” would be, “All on-duty crew members are ordered to the Officers’ Club at 1400 hours to provide a photo op for the 35th Annual Left-Handed Veterans of Foreign Wars Liar’s Dice Tournament.”

We’ll get right on that, sir. 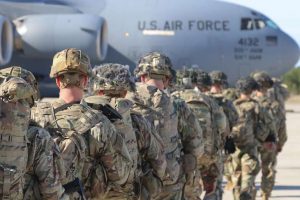 However, ORDERS are different. The most obvious example of an ORDER is a deployment ORDER. “The 13th Fighter Squadron deploys to conduct combat missions in support of Operation PROVIDE SOAP.” Okey-dokey, General, that’s a big affirmative. Time to pack the ol’ kit bags.

What the General Meant to Say

My second example of GI Instinct requires some amplification. Sometimes, a good staff officer actually finds him/herself saying, “What the general really meant was we will NOT be bombing Russia tomorrow.” Sometimes generals say dumb things. However, I also meant this metaphorically. Commanders often come up with hair-brain schemes or hatch highly ill-advised ideas. These may be inconvenient at best, disastrous at worst. 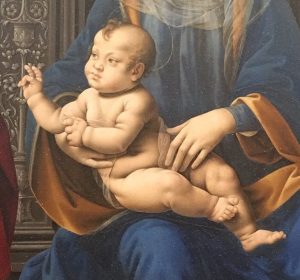 One of my old military bosses taught me this important life lesson. When I was stumbling to find the appropriate words with which to disagree with him, he said, “Jerry Jeff, the true measure of a loyal officer is his willingness to tell the boss that his baby’s ugly.” The problem is a lot of bosses do not take kindly to being told their baby is, in fact, quite hideous.

Hence the birth of the Bureaucratic Slow Roll. Good military staff officers perfect this subtle art. Many of the most adroit practitioners advance all the way to general themselves. This consists of appearing to agree with the commander’s lamebrain idea, while tying up the execution of said Bad Idea for the longer of a) the commander’s memory or b) their promotion and/or reassignment.

Lest you think we were some sort of usurpers of command authority, I’m convinced that some of the more epic Slow Rolling to which I contributed throughout my 20 years in the Air Force saved more than one commander’s career. This includes one who made it all the way to Chief of Staff.

The Art of the Slow Roll

“How exactly does one do the Bureaucratic Slow Roll?” I hear you ask. Slow Rolling, dear friends, is limited only by one’s imagination and bureaucratic jiu-jitsu chops. And let me assure you, no one has more imagination in this regard than The Lawyers. For the past three decades, I have proudly counted myself among the Brethren and Sistren.s 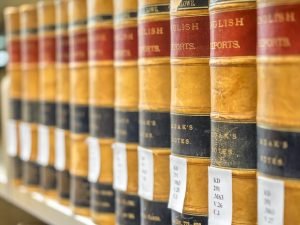 It never ceases to amaze how someone could make it to a general-officer rank and not see through The Lawyer’s Gambit. For some reason lost in the mists of time, even the most powerful and successful people think we lawyers are taught some secret, mystical knowledge during our three years in law school. Here’s the reality. We learn how to use a library and how to argue any side of a situation—which is basically becoming a teenager again. We also practice computing one-third of any sum of money on the face of the Earth.

That’s it. Really. But all you need to Slow Roll even the most highly motivated general with a pet rock of an idea is say, “We’re going to need some time to check the legalities of that. Maybe run it up the chain to the DoD lawyers for an authoritative opinion. Wouldn’t want this to turn into an exploding dog on you, sir/ma’am.”

[Editor’s note: an “exploding dog” is something that looks friendly and appealing, only to blow up and kill you when you reach down to pet it.]

I am not exaggerating here. I found myself in a funny—as in “hmmm,” not “ha-ha”—position when I was on my first assignment as a military lawyer, or “JAG” to you devotees of ’90s prime-time television. I’d spent my first five years flying bombers, then the Air Force sent me to law school. This put me at eight years in service upon graduation. So I arrived at my first lawyer job as a senior captain.

Kill All The Lawyers?

My first JAG boss was a good guy and a great Staff Judge Advocate (the senior managing lawyer at a base). In fact, he was so good that when a SJA at another base got stopped at the gate by his own military police whilst operating his motor vehicle in a highly inebriated state, my boss received short-notice orders to go sort things out. (It may or may not have been related to said drunk lawyer urinating in his pants upon exiting his vehicle.)

It being the military, no one cared much that I had very little experience as a lawyer. I was the ranking legal officer because of all those early years I’d spent on the Island of Lost Boys flying big airplanes. So I became the Acting Staff Judge Advocate for five months until a more senior and infinitely better qualified lawyer could be assigned to my base.

The Wing Commander was a brigadier general. I was a captain. There are a lot of ranks between those. Yet the commander would not make a move without my nod. It was surreal. He actually thought I knew what I was doing because I had a piece of paper that said stuff in Latin hanging on my office wall. And he was far from the only general who needed his hand held by a lawyer.

Remain Calm, All Is Well

Which brings me to the current game of musical chairs in the Pentagon and my lack of concern. This sangfroid is attributable to one indisputable fact—there are a LOT of lawyers in the Pentagon. I mean, there are several boatloads of lawyers and they are imbedded in every nook and cranny of that five-sided puzzle factory.

Lawyers are the high priests of Bureaucratic Slow Rolling.

Added to this, if someone wanted to do anything really dramatic with the military, this would require getting it staffed through The Interagency Process. If Slow Rolling means sidetracking and delay, the Interagency is the elephant graveyard where most ideas—good or bad—go to die. 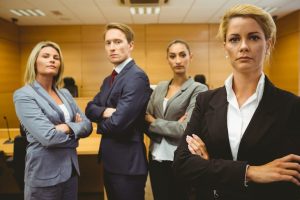 If, for example, you want recklessly to remove all remaining US forces from Afghanistan, this would be staffed through all the onion layers of the Pentagon. Then it would be vetted through any other agencies that are interested. This would include, for example, the National Security Council, the Department of State, the CIA, and probably a half-dozen others you wouldn’t think of, like Agriculture (opium crop substitution) or the FBI (international terrorism).

And all of them have their own lawyers…

You get the idea. 65 days left in the Trump Administration? The Pentagon’s military staff with its battalions of lawyers won’t break a sweat derailing any last-minute shenanigans by even the most feckless acting appointees.

So sleep easy, America. The bureaucrats are looking out for you.