Statehood for the District of Columbia? 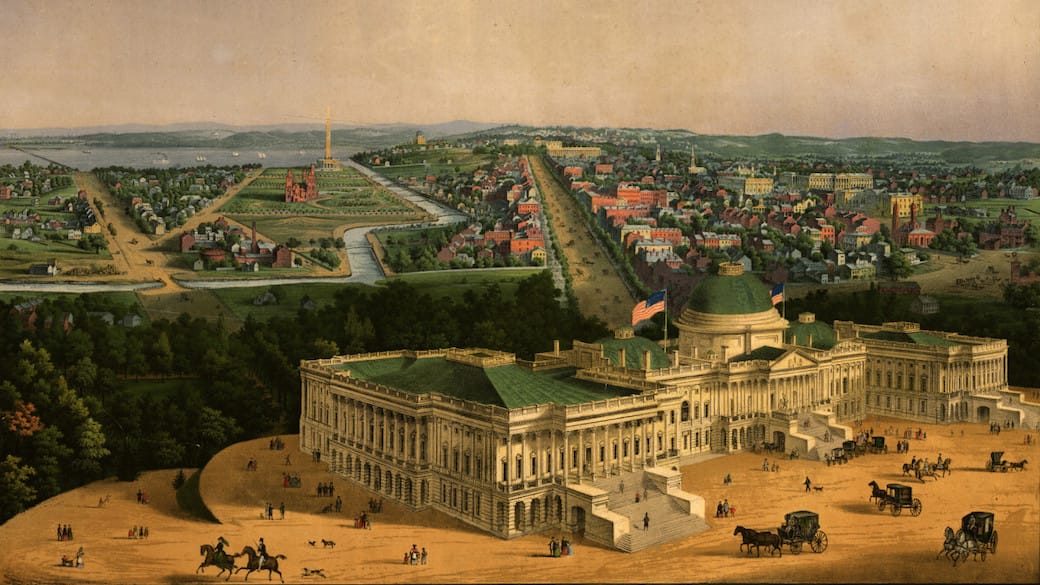 Statehood for the District of Columbia is one of many long-shot, back-burner causes that has suddenly been brought to a boil by the last election’s results. Throughout my Many Adult Years, this has been one of those issues receiving regular lip service and minimal serious consideration.

Let’s start with something indisputable in any democracy. It’s not right to deny voting representation in the national legislature to 700,000 citizens solely because of where they live. Strip away all partisan tactical considerations. I dare you to support this disenfranchisement as proper in a democratic republic. Please feel free to try in the Comments below.

The location of the District of Columbia was part of a compromise between Jefferson, Madison, and Hamilton that also allowed the federal government to assume all the states’ leftover debt from the Revolution. It’s no coincidence that DC is a convenient commute from Mount Vernon, George Washington’s plantation just down the Potomac.

Conversely, let’s acknowledge the peculiar fact that although denying representation to the citizens of the District is wretchedly undemocratic, it’s perfectly constitutional. Buried in Article I, Section 8, amongst Congress declaring War and not granting Letters of Marque, we find this nugget:

“To exercise exclusive Legislation in all Cases whatsoever, over such District (not exceeding ten Miles square) as may, by Cession of particular States, and the Acceptance of Congress, become the Seat of the Government of the United States…” 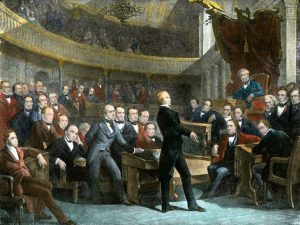 But get this. Until an 1871 law stripped them of their representation, residents of the District were considered for political purposes citizens of Maryland or Virginia. The 1871 changes also meant they could no longer vote for president. This last indignity wasn’t corrected until passage of the 23rd Amendment in 1961.

As is my wont, when faced with some American Peculiarity that makes me go “Hmmm,” I look to other democracies to see what they’re up to. In this case, other democracies with capital districts. There are several. 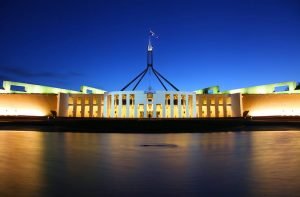 When the Australian colonies united under a federal government in 1901, the Aussies designated a Capital Territory centered on the agricultural town of Canberra. Like DC, this is not a part of any Australian state, although it’s surrounded by New South Wales. Like the District of Columbia, the ACT has a devolved local government, with the restriction that the federal government can overturn locally passed laws.

The political similarities end there. The ACT’s population is represented in the Federal Parliament, returning three Members to the House of Representatives and two to the Senate. By way of comparison, the smallest state by population, Tasmania, returns five Members. But, there’s a wrinkle. Each state elects 12 Senators, with the ACT allotted only two. So Tasmania, with a population of 540,000 elects ten more Senators than the ACT, with a population of 431,000. (But if this is the kind of statehood offered the District of Columbia, residents would surely welcome it.)

Like DC, the ACT was not represented at all in Parliament until 1949. Even then, their representatives were only allowed to vote on matters directly affecting the ACT. This limitation was lifted in 1966, giving the ACT’s Members and Senators full and equal voting rights in Parliament. The voters of the ACT seem content with this arrangement, with no serious calls for reform in over 50 years.

The national government of Brazil sat for 300 years in Rio de Janeiro, but from the early 19th century there had been discussions and some planning to move the capital to a more central inland location. The Italian Saint John Bosco was said to have had an ecstatic vision of such a city in 1883. Which is strange, since he never set foot in Brazil. 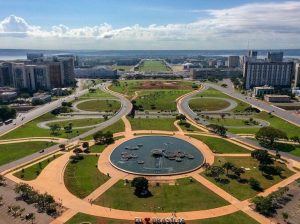 In 1960, the federal capital was moved to Brasília, a remarkable planned city within a newly created Federal District in the Brazilian highlands region. Since then, the Federal District has grown substantially, now with a population of 2.5 million. The Federal District is neither wholly state nor municipality, governed by a hybrid Legislative Chamber with characteristics of both legislature and city council.

One of the newest members of the family of capital territories, the capital of Nigeria was moved from Lagos, a huge megalopolis of over 23 million, to centrally located Abuja in 1991. 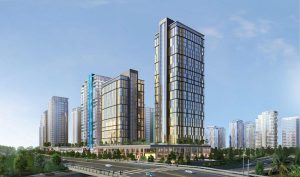 However, unlike the District of Columbia, the Nigerian FCT enjoys direct representation in the federal parliament, although not on an exactly equal footing with the states. The FCT sends two members to the House of Representatives, which is roughly proportional by population to the states. However, while each state is entitled to three Senators regardless of population, the FCT only elects one. All the FCT’s elected representatives enjoy the same voting powers as those from the states.

DC is the Odd District Out

There are several other examples, of course. India’s National Capital Territory of New Delhi, Pakistan’s Islamabad Capital Territory, Mexico’s expansive Federal District centered upon Mexico City. Indonesia is in the process of establishing a new federal capital at Kalimantan on the island of Borneo, moving the seat of government from overcrowded Jakarta.

From an ethical and political-theoretical point of view, it’s impossible to construct a defense of the status quo in the District of Columbia, at least with a straight face.

All Politics is Local, Except in DC

But this is 2021 and we’re in the United States. Everything is political. Whether to wear a mask or get a vaccine is political in the midst of the worst world pandemic since 1919. Why should the question of statehood for the District of Columbia be any different?

Sadly, they’re not. DC has voted heavily Democratic since its citizens were given back their presidential ballots in the 1964 election. The Democrat in every election since has garnered 85% or 90% of the popular vote. Shoot, even well-meaning but outmatched McGovern got 78% of the DC vote in his landslide national loss to Nixon.

The post-Reagan incarnation of the Republican Party has been all about excluding as many Democrat-leaning voters as possible. Getting votes in Congress and 38 state houses for an amendment granting the District of Columbia statehood or full Congressional representation is Powerball-winning unlikely. 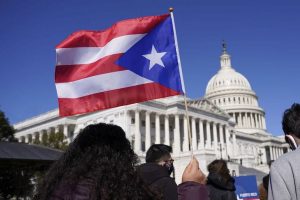 Ending this manifest injustice looks to be yet another casualty of our Great American Polarization. You can add to this list of Very Unlikely Events statehood for Puerto Rico and the American Virgin Islands. Republicans see too much risk of adding Democrats to the Senate and House. I note there’s little to no proof of this, particularly in the case of Puerto Rico.

Curiously, the Black Lives Matter movement breathed new life into the cause of DC statehood. The case for denying the citizens of DC equal representation in Congress when 49% are Black is particularly galling. The current president agrees. And as they say, everything Joe Biden touches becomes The New Reasonable. Perhaps even statehood for the District of Columbia?