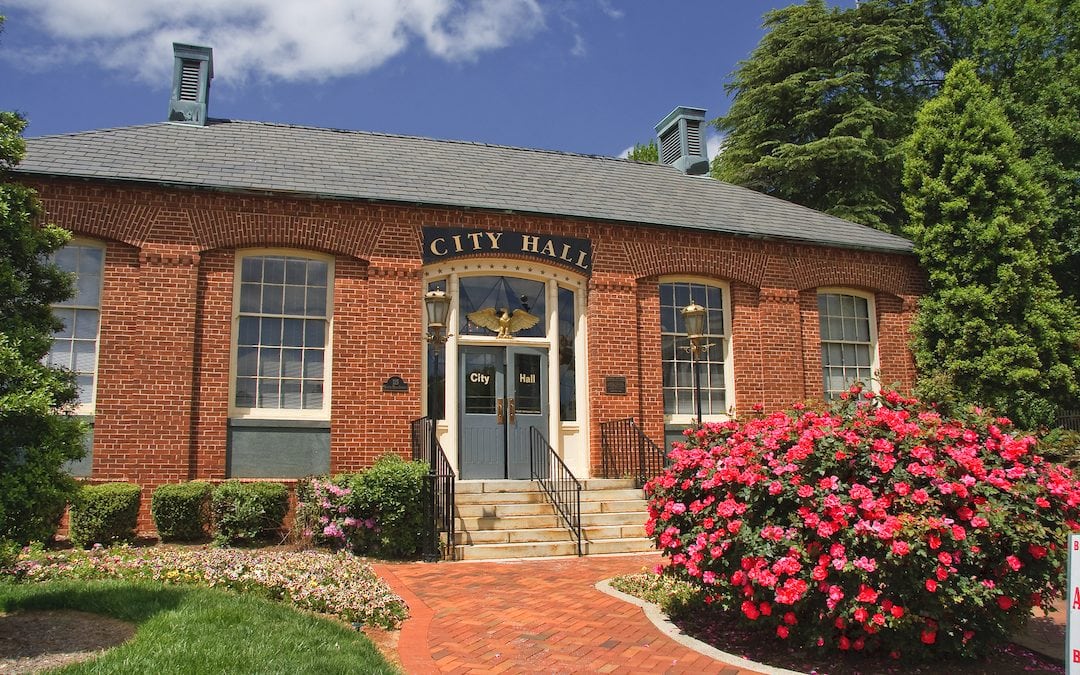 I come from a long line of local politicians. Great Uncle Moe was the Treasurer of LaValliere County for a couple of decades, from which he managed to keep a wife and two mistresses in comfort. His big brother, Great Uncle Louie, was mayor of the county seat of Ojibwa just long enough to get a parking lot named after him. And my Mom? Well, Mom was a repeat offender, holding several local elected offices in both my occasionally beloved hometown of Skeeterville and one of its constituent political entities, Bungie Township. 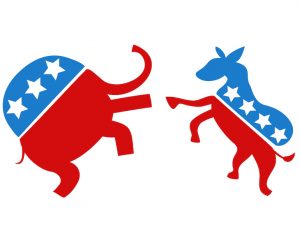 Mom is also the only Republican I’ve ever voted for. But this is not a contemporary political blog, so the less said about that the better. How Mom first got into elected office is an odd story. Most of it is possibly true.

You see, at dear ol’ Skeeterville High—go Bulldogs!—we had this rather peculiar tradition in Freshman Boys PE. This was the waning days of pre-Title IX implementation, gender-segregated physical education which, as you will soon appreciate, was A Very Good Thing Indeed.

Skeeterville High was quite progressive in one way—well two ways, because they generally ignored that many students were smoking weed in the bathrooms between classes, but I digress. It had been handed down several generations before by Someone of Importance that every student should be waterproofed before graduating, so all of us had to do swimming in PE. 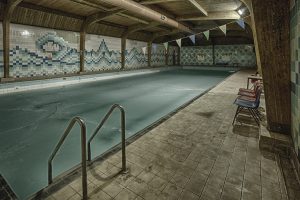 We had this very cool, hand-tiled, half Olympic-size swimming pool in the basement of the high school that was built by the WPA during the Depression. The WPA also built us a 1,200-seat auditorium. In hindsight, Skeeterville High did right well out of the worst economic downturn in the last 150 years. Huh.

Curious thing. The WPA only built one locker room for the pool. Someone Else of Importance had decreed the single changing room was the Girls’ Pool Locker Room. It was only years later it dawned on me, considering we had single-gender gym classes and only one class could use the pool at a time, there was actually no obvious reason for making the Pool Locker Room any gender whatsoever. Again, huh.

So, we had a conundrum. On the one hand, all Skeeterville High students had to be waterproofed by having one term of swimming in Freshman PE. On the other hand, approximately 50% of said Skeetervillians—Go Bulldogs!—were of a Non-Pool Locker Roomable (N-PLR) Gender.

How to cut this Gordian Knot was obvious to Some Third Person of Importance—the boys would simply disrobe at the side of the pool and swim naked. And why not? All very Classical and Greco-Roman, after all. 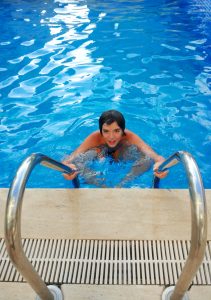 Also, Very Excruciatingly Embarrassing for fifty 13- and 14-year-old boys transiting puberty. Since I was her third son to endure this institutional hazing, Mom had enough. So she ran for the school board on a rather vague platform, with the exception of one crystal-clear plank. She was going to put an end to Naked Boys Swimming. And by God, mine was the last Skeeterville High class of boys to endure this ritual group degradation.

Mom did a lot of other good stuff in her six years on the school board, but she will be forever remembered by generations of Skeetervillian boys for her mercy killing of that Nude Swimming Thing. Looking back over 40-odd years of revelations of child sex abuse, the whole thing seems so alternately ludicrous and creepy. We actually did this.

Being within UHF television/AM radio range of Chicago, it won’t surprise anyone to learn that the politics of Skeeterville and its environs was rather corrupt. By the time I’d turned 30, I’d seen two mayors and one entire city council packed off to the penitentiary. They all went down for some variety or other of bribery, influence peddling, and/or extortion. In the context of the long history of Skeeterville politics, their bigger crime was getting caught. 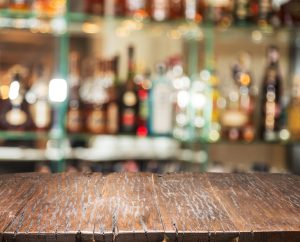 When I was growing up, Skeeterville had a hard-earned and well-deserved reputation as something of a wide-open town. It was a factory town of about 16,000 back then and supported 50-odd cocktail lounges, fraternal clubrooms, bars, and/or taverns. Roughly one for every 300 citizens. Roughly twice as many bars as churches. A ratio I fully endorse. Also two “supper clubs”—one of which began as a downstate outpost of the Capone Gang. Approximately 100% of these institutions sold pull-tabs and punch boards at the bar, the mildest form of illegal gambling. (My Dad used to let my brother and I play punch board at the Knights of Columbus bar—as long as Dad handed over the money, the bartenders couldn’t have cared if a fetus punched the board.) I could name at least a dozen that had table gambling in back, some with frighteningly high stakes and a Very Shady Clientele that came from Many Neighboring Towns.

Skeeterville also boasted three “go-go joints.” And these were no wimpy pasties-and-g-string operations. We’re talkin’ 100% nekkid dancers. (I should add this was patently illegal.) Given our communal experience in nude swimming, it was understandably less than shocking to us.

It should be apparent that there were some shenanigans going on politically here. I mean, at the age of 15 I was sitting most weekends at one of a half-dozen bars that were more than happy to serve me and my friends our rock & ryes and sloe gin fizzes. The general rule was if you could see over the bar and had cash in your fist, you were good to go. You wouldn’t have this brazen amount of wide-open gambling, nude dancing, and underage drinking without a thorough foundation of graft going to somebody. Actually, several somebodies. The Mayor was dual-hatted as the “Liquor Commissioner” and it was alleged at the time this particular position came with monthly honoraria from those 50-odd bar owners. I can neither confirm nor deny this, but since we didn’t have any decent organized, somebody had to collect the vig, amIright? 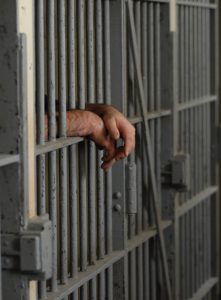 We should put this in perspective. By the time I turned 50, four Governors of the State of Illinois—the Land of Lincoln for crying out loud—had gone to prison, too. I remember watching the news coverage when the first one, Otto Kerner, was busted for taking bribes from a racetrack manager. (He wasn’t technically a governor at the time of his arrest, since he’d recently served out his term and been appointed… a federal judge.) I was 10 years old. The second governor-felon, Dan Walker, (bank fraud) and I shared the same last name, which was nearly as embarrassing as Nude Boys Swimming. The third was George Ryan (racketeering) just 10 years ago, followed closely by he of the big-hair and unpronounceable name, Rod Blagojevich, who at least had the originality to go down for trying to sell Barack Obama’s old Senate seat. Ahhh, Illinois. By your rivers gently flowing…

Mom went on to serve a couple of four-year terms as a Trustee of Bungie Township, which comprised about a third of the land area of Skeeterville. To this day, I have no idea what a township government was for. Mom was never able to explain it very well. Odds and ends of petty governance. Some sort of relief for the lowest-income citizens, which would make the Trustees roughly equivalent to Victorian Poor Law Governors, I guess. Please sir, may I have some more? 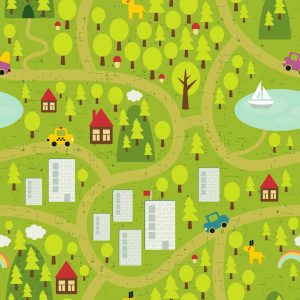 After her Township Trustee tenure, Mom embarked on her hardest political gig—a couple of terms on the City Planning Commission. This was the zoning authority. She used to get angry phone calls, random shady drive-bys, and regular public accostings. Nothing more bitter than disputes about “diminished property values” or “letting the wrong types in.” After getting beat up for eight years over her zoning votes, Mom decided it was time to hang up the political skates and she retired to volunteering at St. Veronica’s Hospital. Mostly that entailed writing death-anniversary acknowledgement cards to families of people who had passed away in the hospice wing. Much jollier than zoning.

In my family at least, all politics was local. And it was a decidedly strange sort of politics.