Should the USA Be Saved? 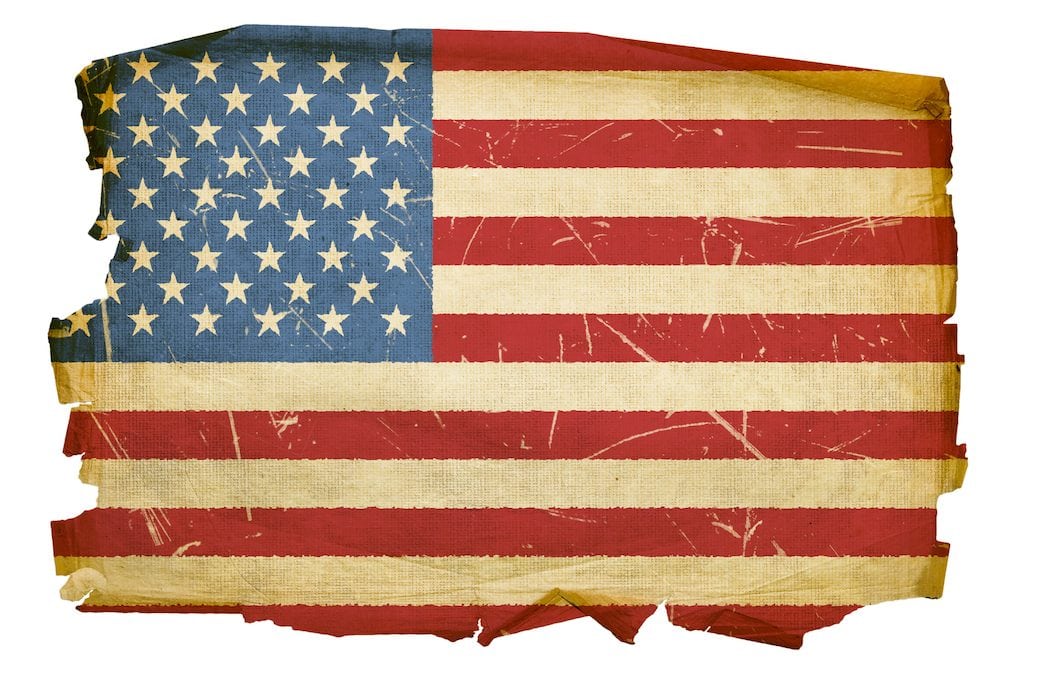 I’ve only written one blog post that made me as sad as this one. It was my confession of being instrumental in a miscarriage of justice when I was an Air Force lawyer. This one is just as sad, but on a grander scale.

I’ve tried over the course of 160+ posts to keep this blog politics-free, with very few exceptions I owned up to. I can’t maintain this pretense any longer. There’s too much at stake for our kids and grandkids.

I’ve long been a fanboy of Thomas Paine. He was an early professional revolutionary—maybe the first—who after serving as the voice of the American Revolution, then went to France, where he was immediately elected to the National Assembly even though he didn’t speak French. But he spoke—and wrote—incredible English. Like this:

These are the times that try men’s souls: The summer soldier and the sunshine patriot will, in this crisis, shrink from the service of his country; but he that stands by it now, deserves the love and thanks of man and woman.

I’ve stood by my country my entire life, as has my family for 300 years. We’ve fought every one of America’s wars, back to the Revolution. I gave the 20 best years of my life to serving in the Air Force. I’ve raised my children as proud Americans. Which is why may hands feel like lead as I type this question:

Is the United States as currently constituted worth saving?

Let me be clear—I haven’t made up my own mind on this question. But it’s time we had the conversation. And as Luther once said in another fateful time, “Here I stand, I can do no other.” If you never read this blog again or buy another of my books, I’ll—regretfully—understand.

There’s nothing preordained or inevitable about the creation or survival of any nation-state. They are human constructs, not divine creations. 350 years ago, Thomas Hobbes framed civil government as a social contract in which people surrender some of their own sovereignty to a central authority for protection of their lives and property, rather than living our “solitary, poor, nasty, brutish, and short” lives in the state of nature.

It feels frighteningly like we’re sliding back into this “war of all against all” about which Hobbes warned us.

I understand that even asking this question will trigger very emotional reactions, even cries of treason. Well, as Patrick Henry said just five miles up the road from where I’m sitting here in Williamsburg, “If this be treason, make the most of it.” Or at least hear me out. 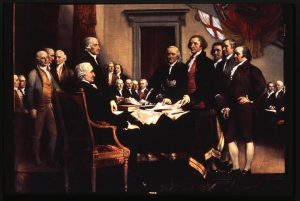 Even after 20 years in uniform and 30 years at the Bar—as a lawyer, not a drunkard—I’ve never been one to canonize the Founding Fathers or the Framers of the Constitution. They were men—and they were all men—of their time. They were privileged wealthy white guys who made some atrocious political bargains to get their Constitution ratified. It’s also directly relevant to our current moment that two-thirds of the signers of the Declaration of Independence were slave owners, as were about half the 55 delegates to the Constitutional Convention 11 years later.  Slavery was permitted in all but the northernmost New England states, but 90% of the slaves in America were in the South.

The US Constitution was not handed down by Moses on Sinai; it was the result of intense debate and bitter disagreement among the delegates. And they made some very cynical deals to get it done. I need say no more than “Three-Fifths Compromise,” but there were many more unsavory horse-trades made over those four memorable months in 1787, most intended to get the southern slave states to “yes” on the new Constitution. So let’s let some of the air out of the deification of the Framers, shall we? 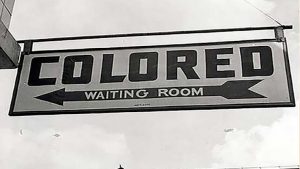 Kicking the can on slavery, the Original Sin with which the American Republic was born, only got the nation so far. Four score and five years, to be exact. The Civil War was meant to have settled the issue finally—and as a matter of law, it did with the 13th, 14th, and 15th Amendments. However, the other necessary revisions to eliminate the structural defects in the Constitution that led inexorably to war were left incomplete and lost steam with the death of Lincoln and the incompetent presidency of Andrew Johnson. The ex-Confederate states were given a free hand thereafter to reconstruct something approaching de facto slavery with the system of legal and political impediments constituting Jim Crow white supremacy, a system that would last 90 years and into my lifetime. Now, seven score and fifteen years after the Civil War ended, we are suffering greatly from those failures. 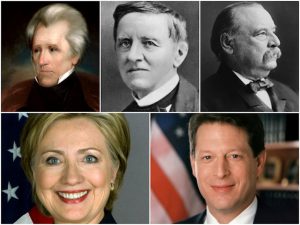 What we are left with is a rather lightly revised 18th-century constitution that has shown itself inadequate to 21st-century realities. In an age wherein every citizen over 18 can vote, we still elect our presidents indirectly through a creaky and counter-majoritarian Electoral College which has yielded five presidents who lost the popular vote, two in the last two decades. With a population that has concentrated itself in the cities and along the coasts rather than spreading across the rural expanses as it once did, we are saddled with a Senate of two members per state that does a better job representing sagebrush and cattle than it does people. And with an increasingly politicized Supreme Court with lifetime-appointed justices, our political process has become deeply and broadly corrupted by a bottomless well of special-interest money.

These and other structural failures have led to a zero-sum politics of hyper-polarization and pandering to tribal over national interests. The same variety of cynicism that gave us the Three-Fifths Compromise has led our political parties—or factions, as Washington aptly called them—to making common cause with white nationalists and racists in exchange for votes and a grip on power. 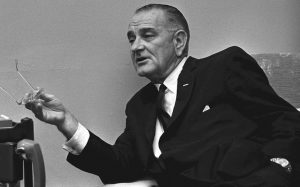 This cuts across both parties, with the chronological dividing line the Civil Rights Act of 1964. Lyndon Johnson, a scion of the Dixiecrat one-party South, famously said to his then-aide Bill Moyer after signing the Act, “I think we just delivered the South to the Republican Party for a long time to come.” LBJ was as right about that as he was wrong about Vietnam.

And Richard Nixon’s Republican Party welcomed the racist Dixiecrats with open arms—the essential component of Nixon’s successful 1968 “Southern strategy.” The complete conversion of the Southern states from Blue to Red was breathtakingly fast, complete by Reagan’s victory in 1980.

What the ensuing 50 years have brought is ever-increasing tribalism and hyper-partisanship, near total Congressional paralysis, ceaseless accumulation of power in the Executive branch, and the filling of vacant Supreme Court seats morphed into Mad Max in the Thunderdome. Not exactly indicators of a healthy democracy. 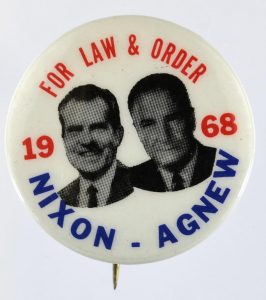 And then came Trump. We mistakenly see him as sui generis—something completely unexpected and utterly unique. He’s not a rejection of politics as we’ve known it for the past five decades—he’s the natural outcome. He’s not a bug, he’s a feature. What began as “dog whistling” by Nixon and Reagan—“law and order” (against black criminals!) or “welfare queens” (who are all black!)—has become a bull horn for Trump. The single-issue über tribalism of evangelicals (abortion) and Second Amendment devotees (anything restricting guns) has been added to and overlaps with the race-based “culture warriors” of the radical right who came to prominence during the brief but tectonic Congressional reign of Newt Gingrich and Tom DeLay in the ’90s.

It was of course necessary to find an equally radical opponent, real or imagined, so the radical right created a bogeyman by labelling even modest Democratic attempts at reforming the tax code or providing expanded healthcare or protecting voting rights as “socialist” or “un-American.” And to spice this already toxic brew, liberally fold in 280 million privately owned firearms.

So again, I ask the question: Is the USA worth saving? 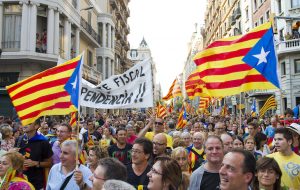 Our own increasingly untenable notion of “American Exceptionalism” blinds us to the centrifugal forces that we see in other countries. The Soviet Union atomized into 15 successor states, although Vladimir Putin appears set upon piecemeal reassembly. The Czechs and Slovaks managed a velvet divorce. The United Kingdom barely survived a Scottish independence referendum six years ago. Spain reels from the persistent political support for independence in Catalonia. And the Northern League that controls most of the wealthiest regions of Italy has threatened to secede from the poorer south and central regions for decades.

Why then should we be arrogant enough to believe the seriously fractured and increasingly violent United States is immune from these widespread forces of dissolution?

This question should be considered in the same way the Framers of the Constitution approached their task. What is it worth to us to have a more effective federal government in place of the collapsing Articles-of-Confederation Congress? What are the costs and benefits? 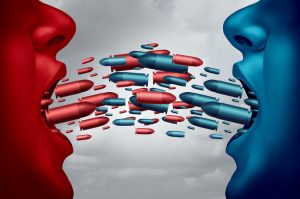 In our present America, most Blue States might well ask why they should continue contributing an outsized share of revenues for the federal government when they, in comparison to most of the overrepresented Red States, are net losers in what they receive back. On the other hand, are issues like banning abortion or allowing unrestricted gun ownership so important to Red State voters that they’d willingly jettison any need to compromise with Blue State interests?

We may be to a tipping point where California and New York—or Texas and South Carolina— no longer see our constitutional system as serving the best interests of their citizens. My sincere wish, however, is that if we choose to end this imperfect Union, it’s with a velvet divorce and not widespread violence.