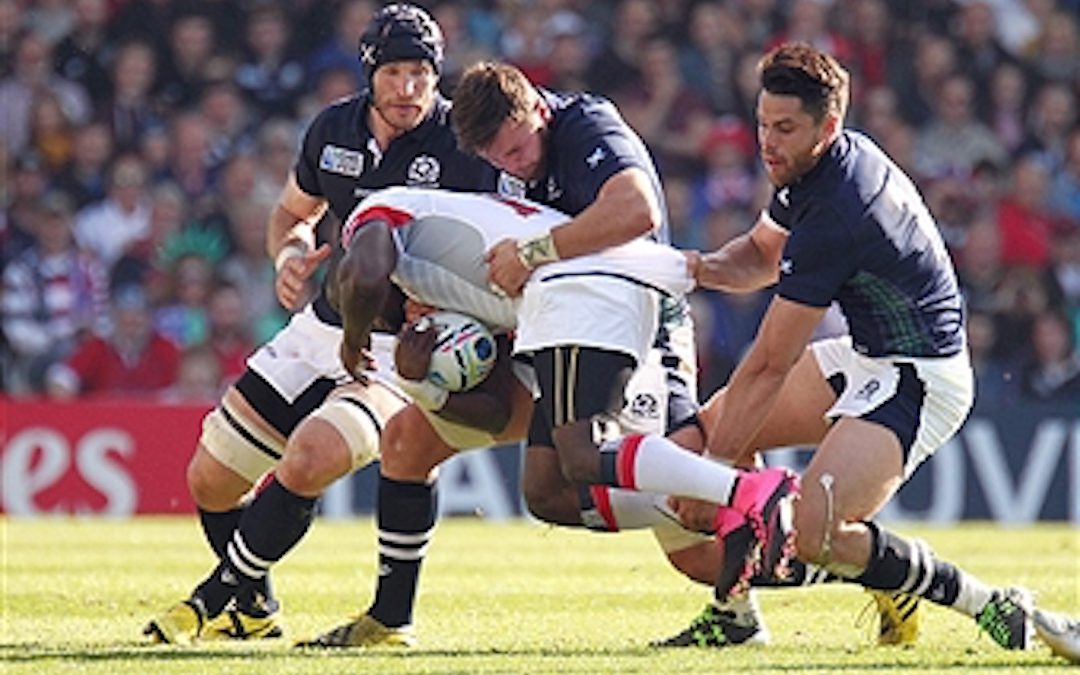 I’m a contrarian. This I know about myself. I should be blogging “Year In Review” or “Top Ten Tofu Recipes for 2018.” That’s what everybody does, right? Which is enough reason for me to do the opposite. As I said, I’m a contrarian. 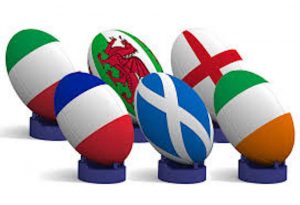 However, the New Year brings flutters of excitement to my mostly under-fluttered tummy for an entirely different reason. January 1st means that Six Nations Rugby will be upon us very soon!!!

Let me acknowledge up front that a) I am in fact an American, and b) it’s a little weird for an American to get so excited about an annual European round-robin sports challenge. Too bad. My blog, my rules. But here’s why.

When I got to college, I happened by chance upon several members of the Tulane Rugby Football Club at some frat party or other. Suffice it to say, it was an Event Featuring Free Alcohol. The team was just preparing to start practice for the Fall season and I was invited to come try it out. I was immediately smitten with the quirky, oh-so-British sport. 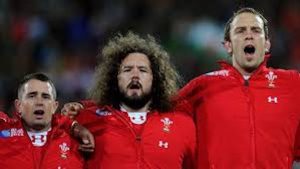 I’ll confess that I’ve never been a particularly great rugby player, but I was very enthusiastic and determined. Perhaps of equal importance, I had an undiscovered savant skill I might have missed under ordinary circumstances. To whit: I can remember all the lyrics to innumerable Very Filthy Songs when in a state of near or utter intoxication. This proved very valuable at the mandatory after-match swill fests with opposing teams which are an integral part of rugby.

Most Americans have some kind of mental image of rugby. They’ve maybe seen a little on a TV in an Irish pub or maybe caught some clips on ESPN. This generally leads to a groundless belief that rugby is just “American football without pads.”

It is correct that one does not wear pads in rugby, or only pitifully thin pads. Very Goofy Looking egg-carton-like “scrum caps” are allowed, mostly to keep your ears from turning to cauliflower if you play in the scrum. (The scrum is the unruly gaggle of Very Big Men routinely pushing and wrestling each other over the ball—which resembles an off-white American football that has eaten way too much.)

In reality, there are far fewer injuries in rugby than in American football because of that lack of pads. No use skewering the other guy when it’s a coin-toss who’s going to get the worst of the encounter. In addition, rugby is continuous play, not the start-stop-reset-slam-repeat of American football. You have to release the ball when tackled, so there’s a great premium on efficient tackling so the tackler can get back into play as fast as possible. And tackling above the shoulders or by leaving your feet is illegal. There’s also no blocking. Hence, many less serious injuries. 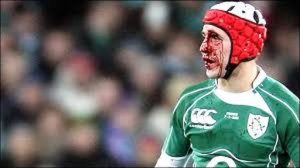 There’s a fair amount of minor injuries, mind you. A lot of knocks and bruises and superficial amounts of blood from facial scratches and bloody noses. But very few hits of the Career-Ending Variety for which the NFL is infamous. 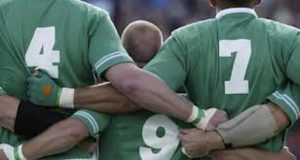 Because there are fifteen men a side playing specialized positions, rugby also affords opportunities for people of all sizes and shapes. From the fireplug-squat Tight-Head Prop to the scrappy little Scrum Half, from the utility-player Fullback to the gazelle-like Wing Three-Quarter Backs, there’s a place for everyone. 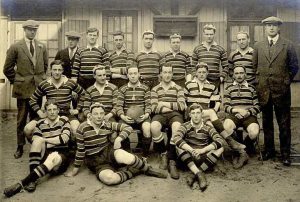 The heritage of rugby includes two historical strands: soccer (or football, as the rest of the world calls it) and English Public Schools. Which for reasons known only to the English are actually very exclusive and expensive private schools. Whatever. These two strands apocryphally met at the Rugby School—you see it coming, right?—in 1823. Rugby was (and is still) one of the aforementioned Public Schools. Here, as at all Public Schools, the boys were required to play sports to Build Character and Teach Them How to Die on Battlefields. The sports du jour were cricket and soccer. 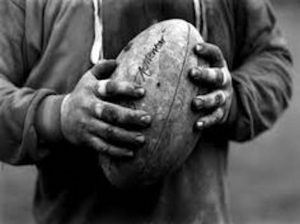 The story has it that an incorrigible scamp by the name of William Webb Ellis “with a fine disregard for the rules of football… took the ball in his arms and ran with it.” As would Any American Who Has Ever Lived after watching the interminable skipping and preening and falling down in feigned injury that is Soccer as Played Today. Just to speed things up a little, right? This was how rugby football began. (The real story is quite boring and involves Greeks, Romans, and Medieval Normans. I’m sticking with that young scofflaw Ellis.)

I attended my very first Six Nations Rugby match—although it was only Five Nations at the time—in Edinburgh 37 years ago. It was Scotland versus Somebody, maybe Wales? As with baseball at Wrigley Field, one went to rugby at Murrayfield for the experience. This was mostly because, as with the Chicago Cubs, the Scottish team perennially Sucked Out Loud. And it was an experience. Back in the day, getting tickets for “the stands” was literal—you stood on concrete terraces for the entire match. This in Scottish winter weather. Cold, very cold. The new incarnation of Murrayfield Stadium has seats all around now, which we comfortably utilize while waxing nostalgic over freezing in the old stands. 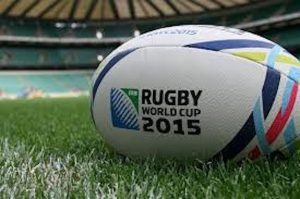 Since the USA national team is, shall we say, Not Yet a Contender on the World Stage, Scotland has remained my team. I’ve seen Scotland play in person maybe a half-dozen times, the last being against the USA team in Leeds during the 2015 Rugby World Cup. Having only associated Leeds until then with the Yorkshire Ripper, Kay-Kay and I had a surprisingly delightful time. We were surrounded by Scotland fans, whom we greatly confused by lustily belting out both “The Star-Spangled Banner” and “Flower of Scotland.” Since the USA surprised everyone by leading at halftime, thereby allowing Scotland to Stage A Thrilling Comeback, everyone left happy that day. 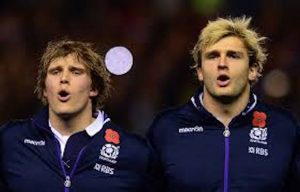 With a combination of an artful use of ZenMate VPN software and BBC Sports on-line streaming, I manage to see most of the Six Nations matches from home now. This is a great treat and we get to maintain our overseas affiliate status in the Tartan Army, as Scotland supporters are called.

Which brings me to why I see Rugby As a Life Metaphor. Forgetting for a moment the actual Rules of the Game, here are the basic norms of the sport:

3.  Strive always to leave absolutely everything you have on the field by the time the final whistle blows.

4.  Always cheer your opponents—win or lose—and clap them off the field.

5.  Never cheat. Unless it is to teach a lesson to someone who has first cheated you. (i.e., never boot anyone in the goolies unless/until they have booted you or one of your teammates in the goolies first).

6.  (Corollary to Rule 5, as needed) Always remember, there are fifteen of you and only one referee. There’s little honor in getting caught, after all.

8.  Everyone has a role to play on the field, and at any given point, that role may be the most important for the team.

9.  Always stand your round of drinks.

10. Never ever hold a grudge after a match, including boots to the goolies.

11. (Special Bonus Norm, from my personal experience.) When the sheriff tells your team to leave the county, you probably should. Immediately. 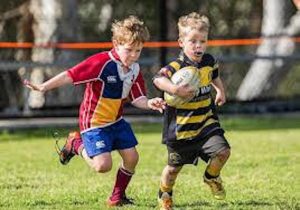 I trust it doesn’t take a rocket scientist or post-modern literary critic to spot the life metaphors in the above rules. And I’m out of space anyway—which may be yet another life metaphor.