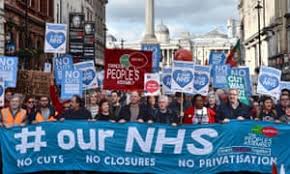 A little housekeeping first this week, since this is supposed to be part of my ‘Author Platform.’ I was the guest on Army Wife Network’s weekly podcast radio show last Monday, talking about my book None of Us the Same and World War I generally. You can listen to the archived show here. I’ll be in the Member Spotlight at James River Writers’ next Writing Show in Richmond on Wednesday night, reading a short excerpt from my book. And I’ll be the featured writer on author Lucinda Clarke’s blog this Thursday, so check that out.

Now back to our regularly scheduled blog…

So let’s see, what’s been in the news this week? World’s ugliest dog named in California. Three moose refusing to leave a Tim Horton’s drive-thru in Newfoundland. (Seriously.) Anything else? Nothing?

I’ve promised this blog won’t be overtly political and I intend to keep to that. However, my Twitter feed is radiating like plutonium with a lot of angry tweets from all sides of this debate. Some of these include wildly inaccurate statements about European/Canadian/Aussie/Most Other Decent Country health care. Such as:

“The French have to rely on ALIENS to fix their teeth!”

OK, the last one is fake, but I’d dearly love to see that headline in the National Enquirer sometime.

Since Kay-Kay and I have, in fact, lived in Places with European-Style Health Care for a total of four years, we have some non-hearsay, firsthand experience with said health care, so I’m going to tell a few stories based on Real-World Facts. Well, mostly. What’s the point in telling a story if you don’t exaggerate at least a little.

Turns out I actually met Kay-Kay (who is a Fellow American) in… Scotland. Yep, true dat. We were both doing our Junior Year Aboard at the venerable (meaning ‘Really Old with Many Buildings Made of Stone’) University of St. Andrews in the quaint seaside town/golf resort of that same name. Along with some very cool experiences, as well as many alcohol-hazy memories, we therefore lived with the National Health Service for one full year. This is universally known to Brits as the NHS.

It is a jealously guarded Right of Every Free-Born Englishman to bitch and moan about the NHS. It’s also a right of every Welshman, Scot, and Northern Irish-Person. That said, the NHS is nonetheless much beloved. No joke. In recent surveys, the NHS bumps both the Royal Army and the Queen from first place for Things of Which the Brits Are Most Proud. Seriously, Lizzie’s 64 years of queening wasn’t enough to get her the blue ribbon.

Curious thing is the NHS was originally proposed as part of a package of reforms contained in a scholarly study requested by Conservative Prime Minister Winston Churchill—himself almost exactly 50% American—from some dusty social scientist named William Beveridge. Now get this: The resulting Very Academic with Lots of Numbers study, christened the Beveridge Report, became a smash hit national bestseller in 1943. It sold 100,000 copies in the first month after its release, 600,000 overall. They found a copy in Hitler’s bunker.

Churchill had commissioned the study to specify just what exactly the British working man and woman were fighting for and, in his words, “to make Britain a fit place for heroes to live.” He got a lot more than he bargained for, since the Brits took him at his word, assuming the many new social welfare programs in the Beverage Report were postwar promises. Oops. (Churchill was ousted by the Labour Party in a landslide election defeat in July 1945, mostly on their promise to actually implement all these programs.) The NHS was instituted nationwide by the new Labour Government in 1948. It has survived more or less in the same form ever since, untouchable even by Margaret Thatcher and her Swinging Axe of Privatization.

This begs the question, is the NHS any good? Well, start with the fact that it covers 100% of the human-type beings found anywhere within the United Kingdom and nobody has to pay for it, although there are a few small fees for things like prescriptions and eyeglasses. Emphasis on the word “small” here—when I lived in Scotland, Maggie Thatcher faced withering criticism for raising the prescription copay to £1. That would be $1.28 at today’s exchange rate. Really. Oh, and there are a zillion people exempt from all copays. The Government estimates 88% pay zero. And the Scottish Parliament eliminated all copays for everyone in Scotland five years ago. Keep in mind that no one is paying premiums for a health insurance policy either.

What about quality of care in the NHS? I had to have my hand x-rayed when I hurt it skiing, so I went to the Royal Infirmary in Edinburgh because it was on the way home. I waited maybe 45 minutes for the x-ray (they had to actually develop the film back then remember) and saw a doctor right after that. On a Saturday night. Free of charge.

Kay-Kay, who was devastated when she got her first Adult Dental Cavity last year, went to see the dentist in St. Andrews for a routine annual checkup. Again free of charge, which was a good thing, since the Angry Scottish Dentist threw her out of his office for wasting his time with her perfect mouth. This was 1981, so think Austin Powers teeth being the norm in Scotland. (Dental hygiene is much better there now.)

To summarize the state of the NHS. The Brits love to argue and complain about it. Governments campaign on spending more or less money on it. And nobody would ever consider getting rid of it. It also delivers high life expectancy and lower infant mortality than in the United States… at almost exactly half the cost per person.

Our second go-around with free national health care was 15 years later in Italy. Technically, we were getting our primary health care from an Air Force hospital. This was a small facility however, so almost all specialist care was farmed out to the Italians. Yep, the US Government subcontracted much of the medical care for its troops and their families to a system of socialized medicine. Kay-Kay even had a trip to an Italian emergency room on a Sunday afternoon when a bookcase in the airbase library fell over on her. She called it her LA, short for “library accident.” She lived to tell about it and all three of our children managed to reach adulthood after three years of Italian medicine, too.

Fast forward another 15 years and I’m teaching a summer law program in Rome. Tough duty, but someone had to take an all-expense-paid vacation to Italy for five weeks while working two hours a day. I was the supervising faculty member, mostly because I speak Italian. Well, a very tiny female student was in Barcelona for the weekend and fell off her five-inch heels leaving a nightclub in the wee hours.

Let me pause for a moment to comment on European women and high heels. It has never ceased to amaze me how women from all countries of the Mediterranean Littoral can walk with awesome self-assurance and unstinting sure-footedness along 400-year-old cobblestoned streets without a care in the world. They must have special classes in junior high or something. American women on European streets? Not so much.

A Spanish pharmacist bandaged my mangled student’s two gashed knees and she got on her return flight. I of course got the hysterical phone call after midnight that her knees were still bleeding. So Kay-Kay and I (this student was obviously going to need literal handholding and I wasn’t about to do that) packed her into a taxi and took her to an Italian ER. The doctors were very efficient and stitched her up in no time.

My university always bought travel medical insurance for students in summer study programs, so we had a means of reimbursing the Italians for this emergency medical care—which would probably cost what, $1,500 or $2,500 in the US of A? So as the doctor was finishing up with my student, I went to the ER front desk and asked to whom I could give our travel insurance information. There were four or five nurses and doctors at the desk, all well-educated people, but I was met with four or five looks of utter incomprehension. Keep in mind I actually speak reasonably good Italian, so this wasn’t getting lost in translation. Finally, after ten minutes of consternation, the euro coin dropped for one of the doctors. “Ahhh! Americani!” This was followed by several waves of hearty laughter and rounds of pitying head shakes. “I pauveri americani.” Poor Americans indeed. As it turned out, they didn’t even have an accounts receivable office in this entire large hospital, no place to pay a bill even if you wanted to. They told me I could maybe send a copy of the travel insurance card to the Ministry of Health. Somebody there might know what to do with it but probably not.

In our travels around Europe, Canada, and Australia over the past five years or so, Kay-Kay and I found it a great conversation starter in restaurants and pubs to ask the natives their thoughts on some of the more common wheezes you hear in the US about their health care systems. Our perennial favorite was, “So is it true people die waiting for operations here?”

This was, without any exception, met with immediate involuntary guffaws of laughter. They really thought we were joking, every single time. When we explained that this is a common belief in the United States, the laughter was replaced by expressions of either outrage at the insult or pity at our ignorance and lack of free health care. Still, we persisted and drilled down a little farther to see if there might be some underlying nugget of truth.

The reality is this. In all the countries where we had this conversation—Germany, the Netherlands, Italy, France, the UK, Ireland, Australia—people explained that there were in fact waiting lists for surgery. For elective surgery. And rarely people died of other causes while waiting.

Let me illustrate. Everyone has a Great Aunt Tilly who has been limping around on a bad hip for, well, as long as you can remember. You have advised, begged and cajoled her to get it replaced, but she doesn’t want to fuss with surgery and rehab, even though she has Medical to pay for it. (Need I point out Medicare is ‘socialized’ medicine?) Until she does finally agree, like a decade later. In the UK or Germany, she might have to wait a few months, maybe even up to six months, for that hip replacement surgery… which she put off for a decade until it became too unbearable to do so any longer. And guess what. Aunt Tilly is now 87 years old and just might die of a stroke or a heart attack or old age during that time. However, our Euro-people were always quick to add that nobody waits for any surgery they need to actually survive.

I won’t even try to describe their reactions when we told them that a lot of Americans end up declaring bankruptcy because of medical treatment. Let’s just say incredulous doesn’t come close.

There are the facts about nationalized health care as I know them and experienced firsthand. Do with these what you will. Maybe have an informed discussion about what we should be doing here at home?