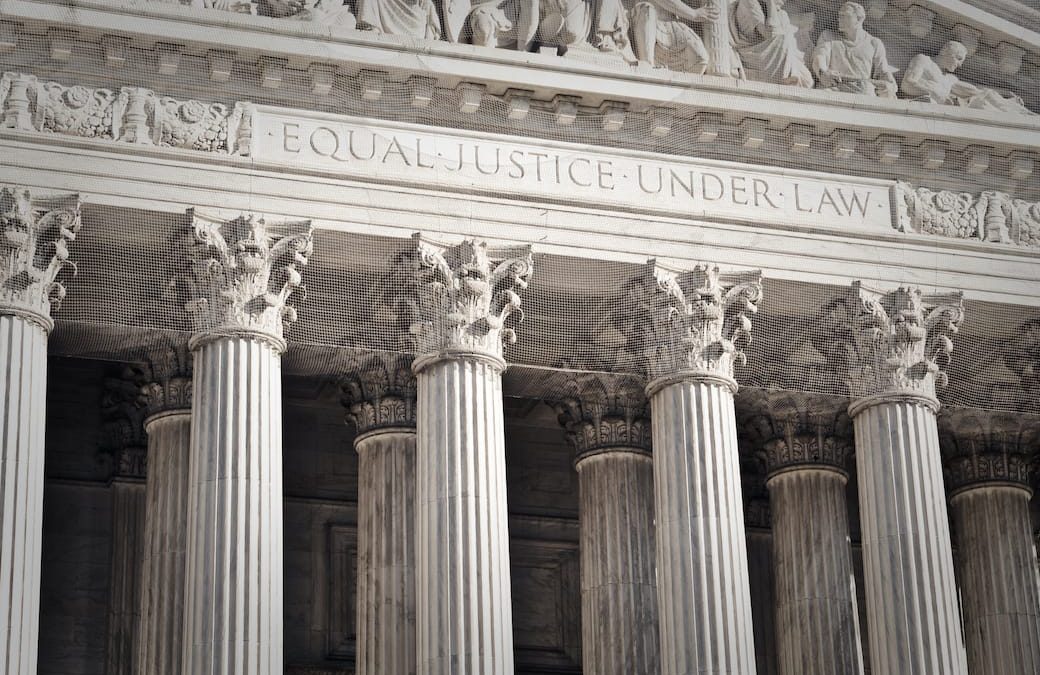 I posted a Twitter thread in September to contribute something meaningful to the bitter debate swirling around the confirmation of a replacement for departed American icon, Justice Ruth Bader Ginsburg, before the November election. I taught comparative law and legal history for a lot of years, so I Know Some Stuff about other court systems. Receiving a lot of comment and interactions on that thread, I’ve expanded those tweets into a blog post on reforming the courts.

Not Much There There 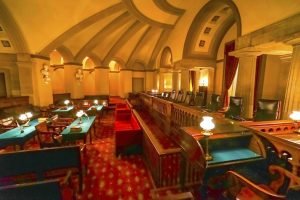 Let’s start with an undeniable feature of the U.S. Constitution. Article III—the bit about the judiciary—is really, really short. It’s three sections long, and one of those deals entirely with defining and trying the crime of treason. So the actual judiciary gets seven long sentences with Very Many Semicolons. Of those seven sentences, one is about trying foreign ambassadors (Zzzzzzz…) and another is about the criminal jurisdiction of the states.

Therefore, our Constitution has exactly three sentences that talk about the structure and membership of the federal courts. In fact, the only court established in the text is the Supreme Court, with an allowance for “such inferior courts as the Congress may from time to time ordain and establish.” So there’s plenty of room for reforming the courts.

The chief justice gets a shout-out in Article I’s impeachment clause. The rest of Article III establishes the federal-only jurisdiction of the courts, as well as listing some specific categories of cases that fall within the federal courts’ jurisdiction. These include maritime and admiralty cases, disputes with United States on one side of the v., cases between citizens of different states, cases between two states, and a few other bits and bobs.

Judicial Review Wasn’t Even a Thing 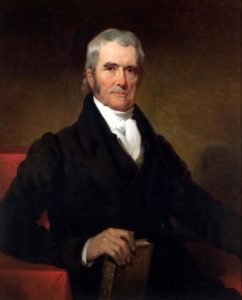 Note that judicial review—the Supremes’ formidable power to strike federal and state laws as unconstitutional—appears nowhere in the text of the Constitution. Wasn’t even an explicit thing until Chief Justice John Marshall penned his famous opinion in Marbury v. Madison in 1803.  OK, Hamilton talked about it in Federalist No. 78. He carries lots of weight because he was kind of a big deal at the Constitutional Convention. He’s also made Lin-Manuel Miranda unspeakably rich.

I’ve spent a lot time pondering and teaching Marbury over the years. Here are the two important take-aways from Marshall’s opinion. 1) Few Normal Human Persons, including William Marbury, truly understood the arcane facts and procedural history. 2) Marshall’s famous opinion can be summarized as, “Of COURSE this Court gets to decide what’s constitutional—what are you, STUPID?!?” Lots of assertion and very little, well, actual law behind it. It’s therefore a plausible argument that Congress could limit or entirely strip this power from the Court. Funny way to go about reforming the courts, but there you have it. 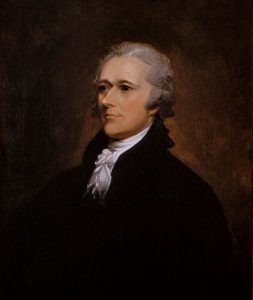 In regard to our Current Unpleasantness, Article III says federal judges “shall hold their offices during good behaviour.” Note that nowhere does it say “for life.” That is an interpretation of the phrase based upon the fact that judges of the Crown Courts in England served for life. Also, upon Hamilton’s say-so in Federalist No. 78. Or maybe Lin-Manuel Miranda’s say-so. I admit it’s getting REALLY hard to tell them apart.

As you can see, the number of justices on the Supreme Court is not prescribed in the Constitution. Although that number has been nine since 1869, it’s been changed six times since 1790. The Court has had as few as five and as many as ten justices. There’s nothing sacrosanct or preordained about The Number Nine. Unless you’re a serious White Album fan. And there are plenty of models for reforming the membership of the Court. 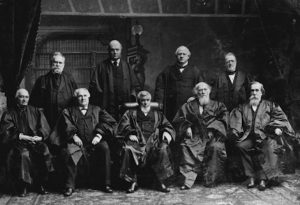 We have a small court. Almost all our peer democracies have more than nine judges on their highest court. The Germans have sixteen justices, the Italians and Japanese fifteen. The Cousins, too–the United Kingdom has twelve. The Austrians have fourteen. One of the only smaller highest court is the Australian High Court, with seven justices.

So let’s not delude ourselves that there’s anything numerologically significant about nine. And no, Jesus had no opinion on this matter, regardless what some of the zealots might claim.

Back to tenure, about which Article III is unhelpfully ambiguous. Among all democracies, we’re the only one with a supreme or constitutional court with lifetime appointments. All others have fixed-term appointments or mandatory retirement ages or both. This includes the Supreme Court in Japan, established by a constitution written after World War II by American legal experts. 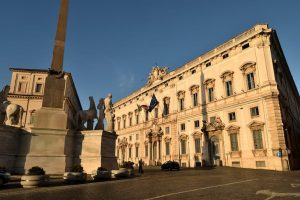 At a rate proportional to the UK’s Supreme Court, a mere toddler at eleven years old, our Supremes would issue 350 decisions annually. At the same rate as Italy’s Constitutional Court, they’d issue over 1,200 decisions a year, although the Italians don’t write full opinions in most cases.

Back to the lack of guidance in Article III as to what our Supreme Court should look like. The current structure and processes of the Court are, compared to supreme courts in peer democracies, really rather clunky.

Most supreme courts seldom sit en banc—all the judges hearing and voting on a case—which our Supreme Court always does. In most cases, this is a serious waste of legal brainpower. Here’s why. Since 2000, a most contentious period in American political history, 36% of the Supreme Court’s decisions were unanimous. As in 9-0. If we add in 8-1 and 7-2 decisions—nothing really in doubt—fully 51% of all decisions were not contentious. Yet there sit nine justices, hearing arguments and conferencing over obscure admiralty or patent law cases. 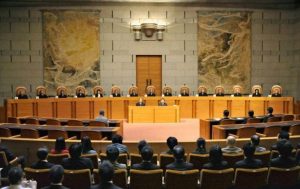 Most supreme courts are structured more efficiently, sitting in chambers. The German court sits as two “senates,” the Brits in rotating five-judge panels. The Japanese Supreme Court—again, designed by American legal experts—sits as three “petty benches” of five. This allows for substantially greater decision-issuing capacity. Most of these courts have some limited process for sitting en banc, generally for cases of significant constitutional or precedential importance. This is quite similar to how federal Circuit Courts of Appeal work here.

Know How to Pick ‘Em

We’re all familiar with how American justices are chosen, being in the throes of yet another confirmation battle—the President nominates and the Senate confirms.

By way of contrast, there’s a wide variety of processes for selecting justices in other countries. One of the most common is to allocate a set number of appointments to other branches of government. For example, the Austrian court’s fourteen members are appointed eight by the cabinet, three by the lower house, and three by the upper house. Similarly, the fifteen Italian justices are appointed five by the president, five by the parliament, and five by the lower appellate courts.

Appointment to the Mexican Supreme Court is intriguing, given our Senate running out the clock on Obama’s nomination of Merrick Garland in 2016. In Mexico, the president presents a list of three nominees for a vacancy and the Senate has 30 days to pick one by a two-thirds vote. If they can’t pull that off, the president gets to choose from his list. ¿Muy interesante, no? 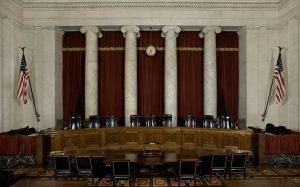 There are a lot of models to choose from if—as I do—you believe our Supreme Court needs some serious refurbishment to drag it into the 21st century. So as Emperor of My Blog, here’s what I’ll do about reforming the courts, starting with the Supremes.

First, I’ll expand the bench to fifteen justices with fixed fifteen-year terms. Every president would get four appointments per four-year term.

Riffing on Mexico, I’ll give the Senate 45 days to act on a nomination—if not, the nominee goes onto the Court. Since Mexico steadfastly refuses to Pay for That Wall, the least they can do is lend us a judicial appointment process. (By the way, I’ll extend this to all federal judicial appointments.)

Taken together, these changes will immediately depressurize vacancies on the Court and eliminate the horrid death watches that life tenure produces. RBG was not the first—William O. Douglas, for example, refused to resign for almost a year after a debilitating stroke left him half-paralyzed and unable to carry out his duties. Fixed terms will also make the Supreme Court a bit more responsive to changing social, cultural, and political norms. Which is a good thing.

Then I’ll divide the Court into three five-justice panels, established by lot each October when the Court starts a new session. I’ll only allow the Court to sit en banc in limited circumstances. This will immediately increase efficiency and allow tripling the number of decisions issued each year.

The only parts of my reform requiring constitutional amendment will be limiting the Senate’s ability to delay confirmation to a maximum of 45 days and instituting fifteen-year terms. And the second of these isn’t entirely settled, as at least one member of Congress publicly asserted recently. Every other reform could be implemented by regular legislative order and a presidential signature.

That’s my two cents. All right, maybe a buck fifty. I’m open to discussion and compromise. There’s a lot of potential for bipartisanship here, with an end result of a Supreme Court better able to serve the needs of our modern democracy. Let’s get on with reforming the Court.