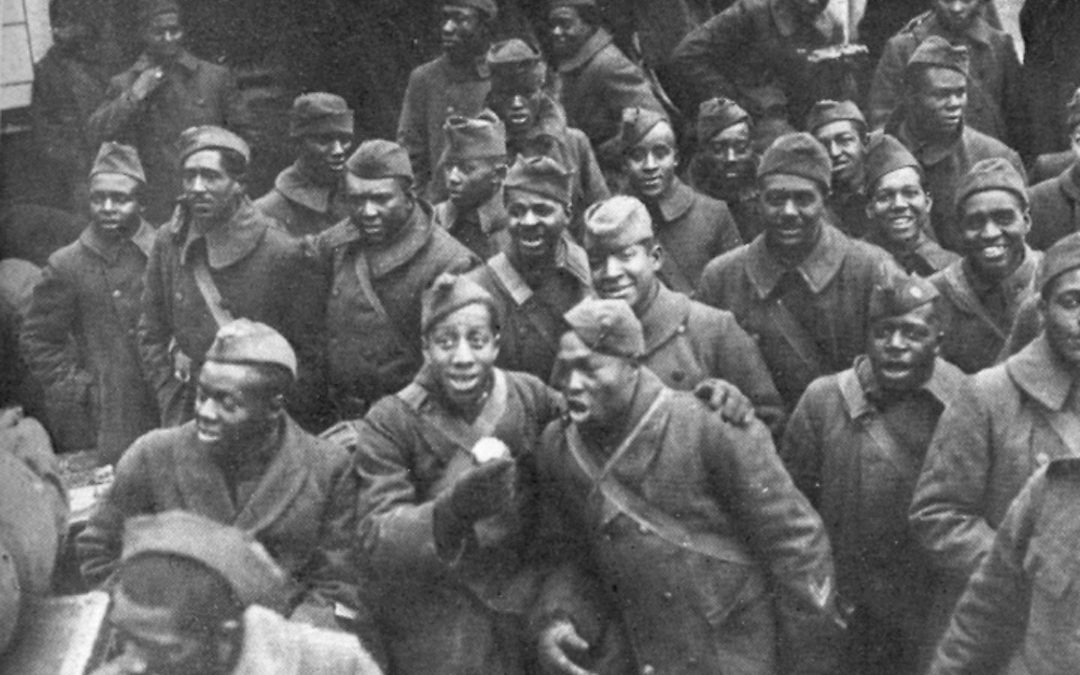 I turned over my second book, Truly Are the Free, to the copy editor on Friday. That’s always a Highly Emotional Event, since it’s the moment one’s beautiful, finely crafted, and perfectly constructed literary stroke of genius gets turned into… a product. In the end, a book is something you sell. Like soap or sneakers or Silly String. And let’s be honest, Silly String is way more fun than most books. Other than mine, it goes without saying.

Because if you’re going to write one novel why not write three, Truly Are the Free is the second volume in my First World War and 1920s Sweet Wine of Youth trilogy. And yet again I ran head-on into a problem that emerged in my first book: how does a middle-aged white guy from fly-over country write how other people talk?

This may not sound like an Earth-Shaking Problem, but it tied me in knots with my first book, None of Us the Same. Two of the main characters and a whole cod-schooner-full of supporting ones were from Newfoundland. Also, half the novel is set there. So far so good—they speak English up there in Canada, eh? Well, sort of.

Here’s the thing, Newfoundland developed with three historical oddities: 1) it was not part of Canada until 1949, 2) it’s a rather isolated and island-ish sort of place, and 3) most of the people spent four centuries in dispersed outports and coastal islands that you could only get to by boat.

As a result, with a population of 528,448 (not counting moose), Newfounese sports 20 sub-dialects (if you throw in Labrador, which you have to do to be fair to all dog breeds). So when it came time to actually make these characters speak in my book, I was determined to Do So With Authenticity. Because, you know, I’m an Author and must be True To My Art.

Yeah, not so much. Writing authentic dialect meant writing completely inaccessible dialogue to everyone but the .15% of native English speakers who currently inhabit the Province of Newfoundland and Labrador.

With all my in-depth linguistic research rapidly circling the drain, after the second draft of None of Us the Same I discovered that a) authenticity is really, really hard, and b) what I was really after in my fiction was verisimilitude—roughly translated, getting close enough. This meant creating a fictional space in which readers could lose themselves while I didn’t do anything stupid to jerk them out. So what I needed was the appearance of authenticity. Sort of like making a breakfast cereal bar in Brooklyn appear to be… well, anything other than a Very Silly Brooklyn Thing. 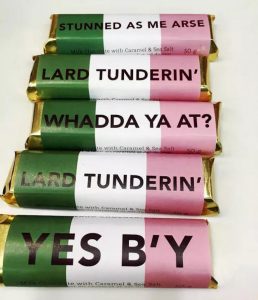 What I ended up with was a judicious sprinkling of idiom that I hope provides a sense of place without confusing people. For example, if someone is very thin, in the USA we might say, “He’s skinny as a rail” but in Newfoundland maybe, “He’s as thin as a rasher in the wind,” the delightful mental image being a strip of bacon flapping in the breeze. I threw in a few flag words, like the ubiquitous “b’y”— today used to refer to men, children, women, dogs, cigar-store Indians, whatever—which was lifted directly from the southeast Irish pronunciation of “boy.”

I thought I had a handle on this tug-of-war between authenticity and accessibility. Early readers of None of Us the Same assured me I’d gotten it about right. Then I started writing Truly Are the Free, which is set in France, Ireland and the USA. While sharing a time period and some characters with Book #1, the story in Book #2 shifts to an African-American regiment from Harlem, some Irish locals, and beaucoup de French people.

The French were my initial problem, since I had to decide how much actual French I could risk having my not-so-actual French people speak. I’ve tried to cut this knot by using just enough French phrases to create that elusive verisimilitude of Frenchness. When I used French, I either selected cognates—words that looked more or less the same in both languages—or I found indirect ways to define the phrase in surrounding text. We’ll see if I got it right soon enough.

The more tangly problem was my African-American characters. Let’s be honest. I’m acutely aware of the highly contentious and often very emotional arguments swirling around writing circles, academia and our broader American society regarding “cultural appropriation.” This debate asks, can anyone not of a particular racial, ethnic, religious, linguistic, or other discrete group write authentically about people from that group? This includes fictional characters. Maybe especially fictional characters. And nothing is closer to the heart of this matter than what form of words you put in a character’s mouth.

To say I went through waves of panic would be an understatement. Big tsunami waves, followed by deep troughs of self-doubt. The last thing I wanted was my African-American characters to descend into caricatures like Amos &  Andy or some old Hollywood mammy. I actually had nightmares where I was stuck in an Aunt Jemima commercial from my childhood. And be fair, to a 7-year-old me, a talking syrup bottle was a Very Scary Concept. (Or was that Mrs. Butterworth?)

I desperately wanted to do right by my characters. They’re drawn from the experiences of some all-too-real valiant men and intrepid women, even if mine are fictional. On the other hand, my African-American characters span the spectrum from the university-educated son of an affluent doctor to an uneducated soldier from a sharecropper family. They couldn’t speak the same, since that would sound fake and, well, silly.

After a lot of thought and reading and listening to Others Smarter Than Me, I finally landed in my personal comfort zone. I asked myself two things with every African-American character I created or before putting any kind of words in their mouths.

First, can I describe out loud a legitimate narrative need for this character or piece of dialogue? (This is something you should probably ask about ANY character or dialogue, lest you write a rambling and boring book.) If I truly needed the character, the scene or the dialogue to build a character, convey a necessary sense of time or place, or advance the plot, then I’m good to go on to the next question.

Second, can I treat the character, their backstory, and their behavior with respect and dignity? The starting place here is DO YOUR RESEARCH—that’s the first line of defense against descending into stereotypes and clichés, particularly writing historical fiction. (I recently heard a full-throated exposition on this by way-too-talented Jamaican-American novelist Nicole Dennis-Benn.) There’s no copy-and-paste Googley shortcut to thorough research. And you have to then verify a second time everything that ends up in your manuscript, which will ideally be (according to Papa Hemingway at least) about 10% of what you started with.

However, this doesn’t mean I didn’t write some broken or malevolent African-American characters—when you read Truly Are the Free, you’ll find some deliciously evil people, black and white. But I strived even with these Bad Guys to treat them with care and diligence, to make them fully-fleshed, warm-blooded, three-dimensional.

And I suppose the final lesson I’ve learned is to approach the whole project with a healthy dose of humility. As a fiction writer, I wield an awesome amount of power, the power of life or death, happiness or tragedy. Since omnipotence is a heady thrill, there’s a constant need to check my hubris, especially when writing cross-culturally. There’s always more to learn, after all.

Hope you’ll give my new book, Truly Are the Free, a read when it comes out 30 November. And of course you can start right now with None of us the Same.