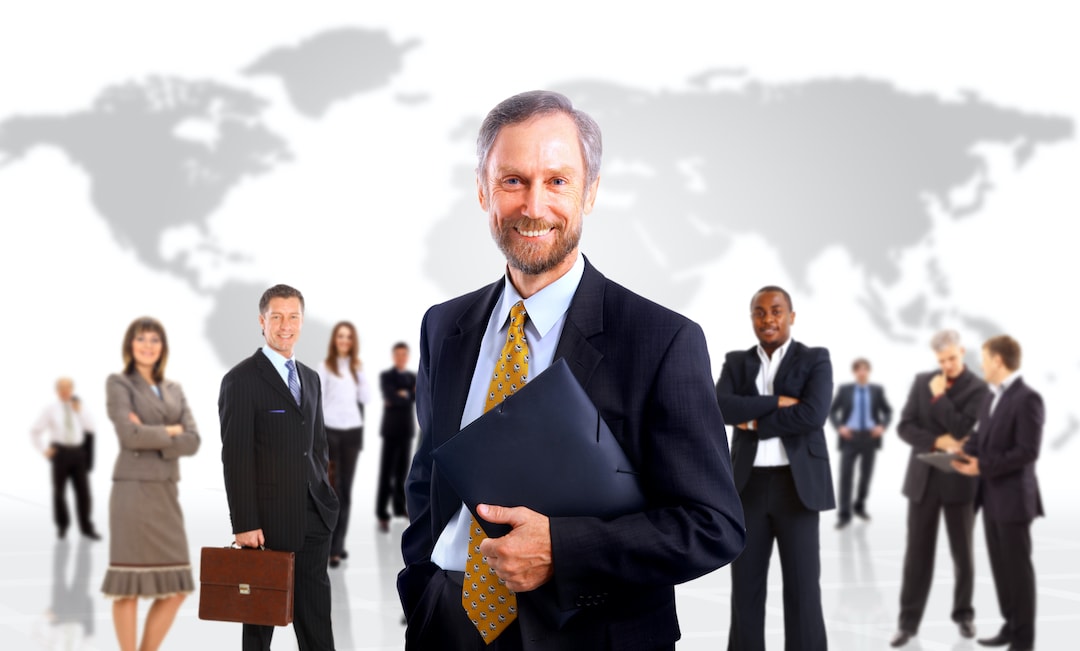 As if we need any more proof that Americans walk around in constant search of reasons to show themselves aggrieved on any form of social media. All those “scare quotes” and ANGRY SHOUT CAPITALS and strings of undecipherable face emojis — 🤢😪😖😬😳😡😵🥴😤🥵😈👹💩💀. Most disturbing. 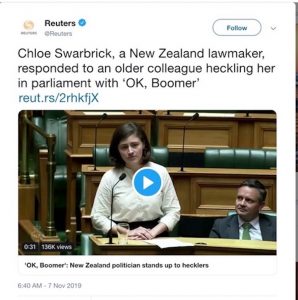 Then in November, a twenty-five-year-old legislator in the New Zealand Parliament stood up to give a speech on proposed measures to combat climate change. When she pointed out that her generation would bear the brunt of the failure of the current generation to do much of anything to save the planet, an older member heckled her. She turned to him and said, “OK Boomer” and without missing a beat continued on with her excellent speech. The distinguished—meaning old—Members of Parliament sat in stunned silence, which was itself a nifty trick in any governing body, let alone one stuffed with irascible New Zealanders.

Apparently, the meme “OK Boomer” had already been making the rounds amongst Millennials and Gen Z’ers for some time on TikTok. The Boomers—your correspondent included—had no idea this was even a thing. Mostly because less than .000004% of Baby Boomers have even heard of TikTok. It’s a social media platform, I discovered. 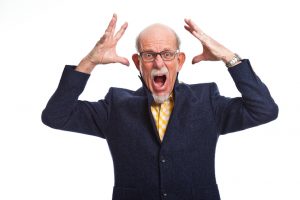 Well, by the intensity of the immediate angry reaction, you’d think Those Young Whippersnappers had started playing on our lawns! The Boomersphere of social media—FaceBook, Twitter, and Instagram—went bananas, meaning that in between posting pictures of grandkids pulling funny faces while making dookie, we did a lot of “Ageism!!!” and “How DARE they!!!” and “What the he!! is TikTok!?!?!” posts with links to video of That Offensive Young Kiwi Lawmaker.

It turns out that a lot of people think the “OK Boomer” response is disrespectful and/or dismissive and/or demeaning to The Pampered-est Generation. How could these wet-behind-the-ears Millennials and Gen-Whatevers (we lose track of all the Xs and Ys) treat us with such utter scorn, rejecting out of hand our Very Special Status and Manifest Collective Genius?

Well, mostly because that’s exactly what we did to our own parents 30 years ago. “Why won’t this Greatest Generation just RETIRE already, for crying out loud???”

I find it a little comical that we Baby Boomers, the most spoiled demographic cadre of Americans to ever hit the McDonald’s drive-thru, went instantly into high dudgeon when someone on the underside of the world dared to question the Absolute Importance of Us. I mean, our generation is, with the exception of divine-right monarchs and robber barons, the single most (over)indulged and (over)privileged group of humanoids ever to have walked the planet. So let’s go easy on the tender fee-fees, shall we? 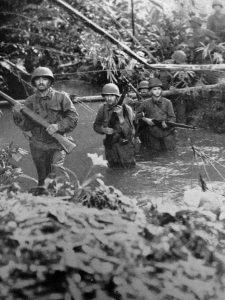 Yes, we were the biggest generational demographic group ever and that has given us outsized economic and political influence—dollars and votes. However, this is not because we’re special, it’s because our parents had a LOT of pent-up sexual energy after most of the men and women passed the five years during WWII in places like Buna-Gona and Peleliu or pulling 12-hour shifts making battleships and stylish leather flying jackets.

My father-in-law spent most of that particular war island-hopping as a Marine aircraft mechanic with the storied Black Sheep Squadron. They made a popular TV series about them in the late ’70s, that featured Robert Conrad and Other Manly Men drinking, fighting, and trying to bed Navy nurses. I asked my father-in-law how accurate the show was. He said the drinking and fighting was very realistic, but on all the islands they occupied during the Pacific Campaign, he never once recalled seeing a nurse. “And we looked for them, believe me, behind every tree.”

As I said, a LOT of pent-up sexual energy. Hence the largest demographic group of children ever. Also, before birth control.

And so, fellow Baby Boomers, let’s do a reality check:

– We are NOT the Smartest Generation. That would be the Classical Greeks, plus that guy who won a zillion dollars on Jeopardy.

– We are NOT the Strongest Generation. That would be the cave-dwelling early humanoids, who had to be not eaten by saber-tooth tigers and not trampled by stampeding mastodons. On the other hand, they did have lots of little dinosaur appliances, according to Hanna-Barbera. Yaba-daba-doo.

– We are NOT the Most Beautiful Generation. That would be that generation of flappers and guys in amazing suits during the 1920s (i.e., our grandparents before they got lumbago and sprouted Random Facial Hair).

– We are NOT even the Luckiest Generation. That would be either those early humanoids who didn’t get trampled by mastodons or the couple dozen Europeans in the 14th century who didn’t succumb to the Black Death and die with boils all over them. 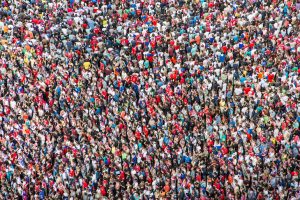 What we are, fellow Boomers, is simply the Biggest Generation. No more and no less. And that doesn’t grant us special right to anything but being biggest, which is a quantitative rather than a qualitative measure. It certainly doesn’t give us any claim to oracular genius or special deference—so let’s throttle back on the tender feelings.

A little humility and self-reflection is in order here. We are undeniably the generation that has both known most about and done woefully little to stop destroying the planet, after all. What is at the heart of the whole “OK Boomer” brouhaha is the next generation looking at the horrible hairball of climate change and unsustainability and income inequality that we’re handing to them and shouting at us to stop failing and step aside to give them a chance to clean up our selfish and self-indulgent mess.

It’s hard to argue with that.

I’m teaching a couple of courses at a nearby university here in Virginia. It’s kind of amusing making some allusion to a movie or a song or some important event from decades past, only to be greeted by three dozen completely uncomprehending 19-year-old faces staring back at me. It goes something like this:

Me: “So they were ‘fighting the man’ in any way they could.  Kinda like Beau and Luke in The Dukes of Hazzard.”

In these moments, with my Geez-o-Meter sounding loudly as I talk past my students, I am poignantly reminded of the generational divide. Adopting “OK Boomer” as a kind of coda to my ill-chosen analogy breaks the uncomfortable moment and validates their concern that sometimes their Boomer or Gen Xer parents—and teachers—don’t get it. 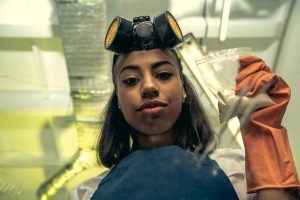 There’s a nugget of truth within the “OK Boomer” meme, after all. The rising generations deserve to be heard and we often give them short shrift. If the words offend you, I recommend checking your Boomer privilege and owning the phrase. We have much to learn from The Next Generations. They bring a refreshing outlook and unique skills like digital literacy and the ability to set up an Alexa speaker first try.

In reality, isn’t “OK Boomer” as much a plea for a seat at the table, for being noted and accounted for, as it is some kind of over-interpreted intergenerational slam? We need to scoot over and let them join us. It’s their turn soon enough.