O, Say Can You Sing That High Note? 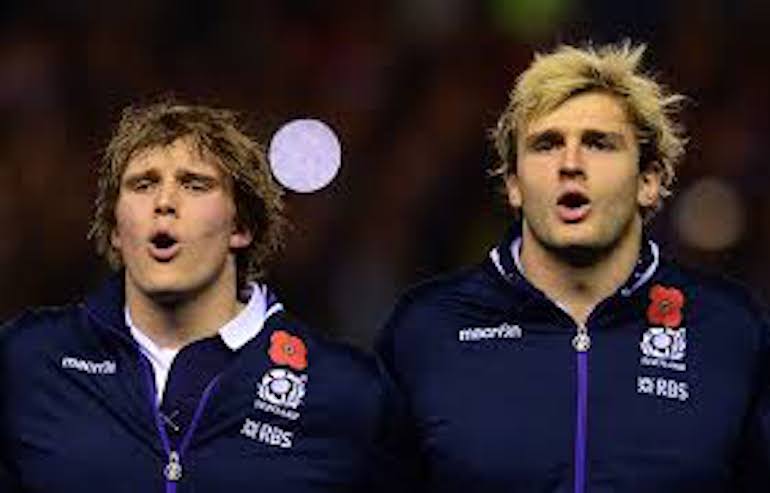 First order of business this week is some shameless self-promotion. My novel None of Us the Same is now available on Amazon! You should do all your Christmas shopping early right here: https://amzn.to/2qvJSJm. It will be also available though other vendors (e.g., Barnes & Noble) in early June.

Also, there’s a cool interview with me, mostly about my book, on the excellent blog run by dislocated Canadian writer Wayne Turmel here: https://http://wayneturmel.com. If you dig historical fiction, check out Wayne’s new novel, Acre’s Bastard, too. It’s on the top of my To-Read Pile right now.

And I’ll be the featured act on an upcoming segment of Army Wife Talk Radio. I’ll be nattering on about the First World War I and my book. You can stream it on Monday, 19 June, at 8:00 PM EDT, right here: http://www.blogtalkradio.com/awtr.  It’ll also be available on demand, same URL, for at least a few months afterward.

I now return you to our regularly scheduled blog post…

Let’s face it, the USA may have a lot of things going for it, but a singable national anthem ain’t one of them. I for one am rather tired of people with dubious musical chops singing off-key a cappella versions of the National Anthem at… well, just about everywhere. (What happened to singing to music? When did we give up on accompaniment anyway?) And be honest, for every awww-shucks moment of some 9-year-old girl with amazing pipes and pitch, how many cringeworthy versions have we all sat through?

On the other hand, our unwieldy anthem does have the uncanny ability to sort the wheat from the chaff. Having erstwhile famous crooners sing a cappella at Big Events gives us all a chance to see who actually Has Talent and who Lives and Dies by Auto-Tune. And of course, no Mere Mortal American ever seems to pick the right octave to start the damn song. Which is why we all end up screeching “…and the rockets’ red glare.” Every.single.time.

Now I’ll admit, the lyrics are cool enough and I love the image of Francis Scott Key writing them on the back of an envelope (where most great writing originates, in my experience) while watching a nighttime artillery barrage from a safe distance. How cool would that’ve been? Or maybe not. But regardless of the lyrics, it’s the tune that’s to blame.

The melody to which Key set his poem was an 18th century English drinking song entitled “To Anachreon in Heaven.” Really, I swear. Six verses of now-obscure classical allusions about gods partying on Olympus. Here’s the first verse—and I double dare you to fit these words into the tune so well known to us all:

To Anacreon in Heav’n, where he sat in full Glee,

A few Sons of Harmony sent a Petition,

That he their Inspirer and Patron would be;

When this answer arriv’d from the Jolly Old Grecian

“no longer be mute,

“I’ll lend you my Name and inspire you to boot,

“And, besides I’ll instruct you, like me, to intwine

“The Myrtle of Venus with Bacchus’s Vine.”

Hilarious, right? I’m quite sure for educated 18th Centurions, this kind of stuff was pure comedy gold and killed down at the Club.

This of course begs the question—well, ‘beg’ might be a little too strong—who has the best/coolest/awesomest/most-excellentest national anthem? I claim some expertise, having lived, traveled and/or worked in Many Foreign-Type Places. And I’ve watched a lot of World Cups, Olympics and Six Nations Rugby, which is probably more on point.

As a typical Yankee, let me start by eliminating “Oh, Canada” from competition. It’s a little more singable than “The Star-Spangled Banner,” but that’s a rather low bar. Problem is, it’s strangely unmemorable. Americans only know the first two words, almost without exception. And even that’s limited to those who live within the television media market of a professional hockey team. It just doesn’t stick. Meanwhile, Canadians can belt out the USA’s anthem with almost as much tone deafness as we we can. Is that fair? No, but it’s Just The Way It Is. Yet another insult to our Cousins to the North. But don’t pity them too much, for they have Tim Horton’s. And a lot of moose.

Some others I’d cut from the list? Let’s start with the rest of the Commonwealth and Ireland. The Brits really need to do something about “God Save the Queen.” Too short and a little too obsequious. The Aussies ought to ditch “Advance, Australia Fair” for “Waltzing Matilda.” I’m totally serious. Anyone who’s ever tried to drink an Aussie under the table will agree—it’s a much better reflection of the outlaw spirit of your average Denizen of Oz. And although I give props to the Kiwis for that whole bilingual English-Maori thing they’ve got going with “God Defend New Zealand,” for branding purposes, they would get much more mileage if they did the haka instead. I confess to having a great liking for “Flower of Scotland,” mostly because that’s where I first met Kay-Kay from way back in the day, but unless/until the next independence referendum succeeds, it’s technically not a national anthem. And Ireland’s “Soldier’s Song” sounds like a music hall ditty. Anyway, it’s been wildly overshadowed at international rugby matches, the only sport in which Northern Ireland and the Republic compete as a unified team, by Phil Coulter’s amazingly good “Ireland’s Call.”

I lived in Italy for three years and, working on an Italian air base, I heard “Fratelli d’Italia” over the PA each day at noon. Not a bad song—solidly bellicose words and a foot-tapping tune—but it fails right out of the starting gate with a 30-second long intro. Most people have either nodded off or turned up their car radio by the time the lyrics roll around.

Anthems can be rather politically charged, of course. Germany has something of a rockin’ anthem in the “Deutschlandlied” for sure. However, after the unpleasantness of 1939-1945, it’s widely known first lines have caused, shall we say, discomfort: “Deutschland, Deutschland über alles / Über alles in der Welt…” Roughly translated, this reads “Germany, Germany over everything and everybody in the whole entire world.” Yeah, that. It was not surprisingly banned by the occupying Allies after WWII. After Reunification in 1991, the German President and Chancellor agreed to adopt it again as the national anthem, but only the third verse—which doesn’t include any Uncomfortable Lyrics. Too bad, since the original first verse was really, really slammin’.

OK, let’s cut to the Runner-Up in my 100% Purely Subjective Anthem Contest. Has to be the Russian anthem with the very catchy title, “National Anthem of the Russian Federation.” Admittedly, until 1991 this was, with slightly more communistic lyrics, entitled “National Anthem of the Soviet Union.” Which might explain why I love this great tune, having grown up hearing it played while some old International Olympic Committee geezer was hanging gold medals around the necks of gymnasts with facelift-tight pigtails or trying to find the necks of mountainous weightlifters. Thus it became the Ear Worm of My Youth. And I don’t even care about the lyrics—I speak exactly three words of Russian, one of which is Stolichnaya. It’s all about the music and it still rocks.

The Grand Prize Winner? It has to be, without a doubt, leading by twenty lengths and pulling away like Man o’ War, “La Marseillaise.” That’s right, the FRENCH national anthem. I make no apology, mostly because I’ve never, ever in my life referred to a “French fry” as a “Freedom fry.”  I actually kinda like the French. I chose it because it’s a marvelous, memorable, rabble-rousing and entirely singable anthem, penned a full two centuries before the musical version of Les Mis hit the West End or Broadway. And no, “The Song of Angry Men” is not a national anthem.

To gain an abiding affection for this song, all you need do is watch the pivotal scene from The Greatest Movie Ever, Casablanca. Some German officers are in Rick’s Café Américain, standing at the bar singing a Nazi favorite, “Die Wacht am Rhein.” On-the-run Resistance leader, Victor Laszlo (played by Ricky Ricardo-cool Paul Henreid), can’t stomach this and, despite the danger to himself, walks over to the orchestra and says, “Play La Marseillaise. Play it!” With a nod from Rick (played by a suitably hard-boiled Humphrey Bogart), they strike up the unforgettable tune and the patrons soon drowned out the Germans, scoring a somewhat Pyrrhic victory over oppression.

And face it, everybody at least recognizes it. It’s literally “I can name that tune in four notes, Tom.” But the Secret Sauce for me is the lyrics. OK, you have to know French or dig a little with The Google, but these lyrics are worth it because they kick ass. Let me just give you a sample—or perhaps a soupçon—of the words. The last few lines are:

Kind of awesome untranslated, in and of themselves, but here’s my not-so-literal but more-figuratively-correct-and-modern translation:

With their tainted blood.

Yeah, give me some of that, huh? Some real rabble-rousing going on in there. You just can’t beat this for anthem-osity. It’s first-person radical nationalism—WE’RE going to march out and kill us some Enemies of France!—regardless of the rather spotty post-Napoleonic record of said engagements.

I suppose anthems, like flags or other symbols, say more about how we see ourselves than anything else. Which I guess is why “The Star-Spangled Banner” may be a little bit of alright after all. Sure, it’s about someone watching a battle from afar—which doesn’t sound exactly brave, let alone inspirational—but the image of the besieged Americans clinging on through a terrible bombardment in what must have been an endless night of terror is really very powerful.

I just wish it was more singable at baseball games.