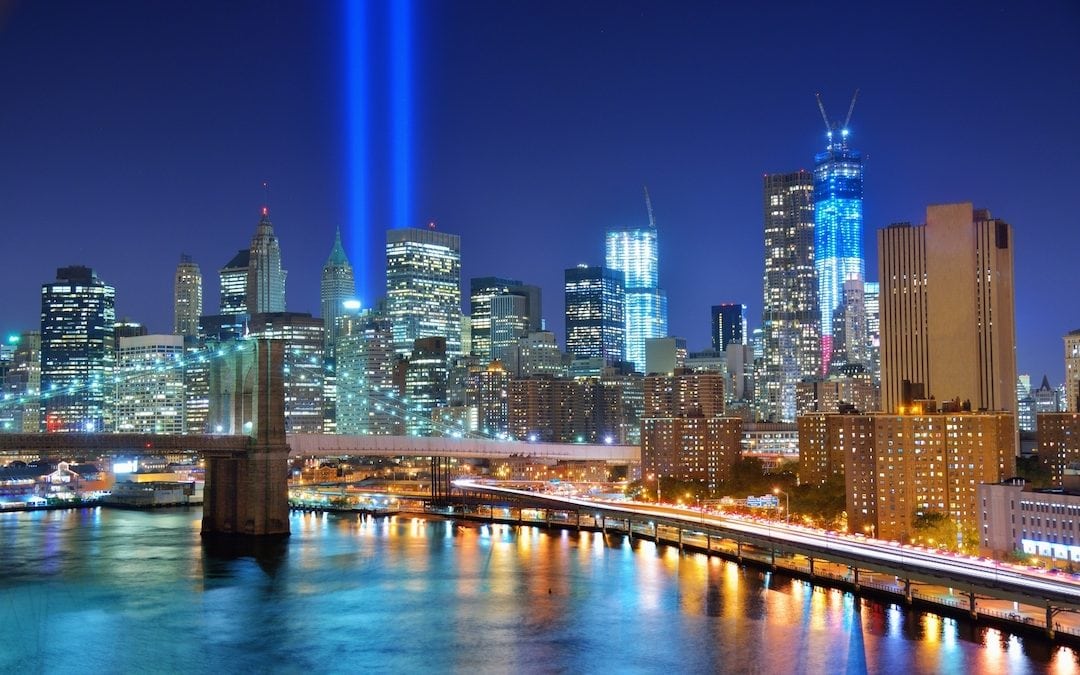 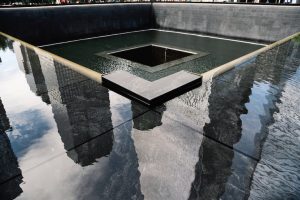 Last Wednesday was the anniversary of 9/11. I hadn’t really thought much about my own experience on 9/11 over the preceding 17 anniversaries, but my wife Kay-Kay asked me to give her a blurb on my memories of that day to post to my author webpage. The overwhelming response from social media posts to that blurb shocked me, so Kay-Kay suggested I write a full blog post on my 9/11.

I’m always surprised when people show this kind of interest in stuff I’ve done. Sure, I’ve had a lot of jobs and lived in a lot of places, but when people tell me how interesting my life has been, my usual response is, “It sounds a lot more exciting than it was. I remember being tired most of the time.”

This won’t be an authoritative footnoted history of 9/11, just some memories with the sketchy details and filled-in spaces to which memory is universally subject. So this will be more of a Renoir than an Ansel Adams.

The morning of 11 September 2001 was one of those days aviators call “clear and a million.” I have pleasant memories from my bomber-navigator time of those kinds of cool and blue-skied autumn days. The coldness produces a lot of thrust from the engines and the stable air masses made for glassy smooth rides, even knocking around low level at 400 feet above the ground and 300 miles an hour. 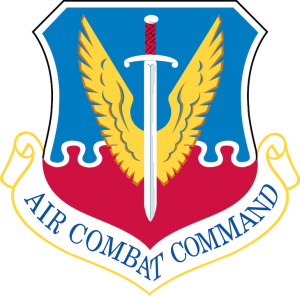 Ironically, I was at my job as the director of aviation law and air crash investigations at the headquarters of the Air Force’s Air Combat Command on 9/11, so I knew a lot about what knocks airplanes out of the sky. Around midmorning, one of my colleagues stuck her head in my office and said, “The boss wants you. He’s got his TV on and you’ve gotta see this.” When I got there, a dozen people were gathered around the portable TV, and I saw smoke billowing from one of the World Trade Center towers. Someone said an airliner had hit it and my first thought was, “It’s a perfect flying day. How can anyone crash into a building on a day like this?” My boss started asking me similar questions to which I had no answers. Not that it mattered when the second plane hit a few minutes later. 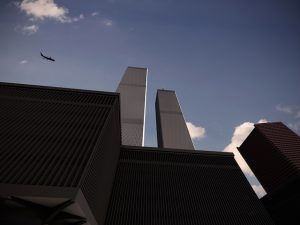 Looking back it’s strange that a room full of Air Force officers didn’t realize immediately that the United States was at war. Maybe it was the cognitive dissonance—the crystalline autumn day, the iconic buildings in the heart of the United States, ordinary civilian airliners. How could it be anything but an accident, right? The phone on my boss’s desk rang, summoning our representative to the battle staff convening at the command center across the street. One of my colleagues took off and the boss told me to give him whatever assistance he asked for. In the meantime, I stood staring at the television like everyone else.

After some time — I have no idea how many minutes — I figured I should get back to my office and wait for calls. As I was turning to leave, I said almost in passing, “If they don’t get those fires out soon, that structural steel’s going to collapse.” 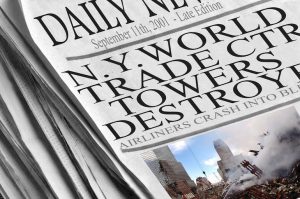 I got about halfway down the long hallway that connected my office to my boss’s when I heard his voice booming down the corridor. I dashed back to his office doorway, where he stood ashen-faced. And this was not a man who rattled easily. He blurted out, “One of the towers just collapsed! How did you know that was going to happen?” I said, “I don’t know much for certain, but I know jet fuel burns at about a thousand degrees.” My administrative assistant called down the hallway, “Col. Walker, the command center needs you on the phone ASAP.”

And that’s how I got my personal assignment for 9/11. 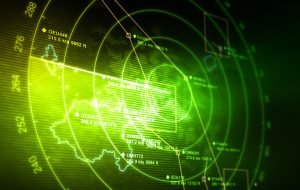 Over the previous decade, I’d become the Go-To Guy in the Air Force for rules of engagement or ROE. These are rules we place on ourselves to ensure we comply with the law of war, US laws, and the commanders’ intentions when executing air campaigns. My flying background and experience in international law — as well as some dumb luck — had put me in the middle of the air campaigns in Bosnia and Kosovo. The previous year, I’d created a training course for military lawyers on how to work in air campaigns. So that phone call was a by-name request from NORAD (North American Aerospace Defense Command) for my services in drafting ROE for all the armed fighters we were launching to protect, well, whatever someone thought was important—nuclear power plants, the Hoover Dam, Vice President Cheney’s Undisclosed Location, Chicago, Washington. And as soon as possible. As in now.

The air defense of North America is the responsibility of NORAD, a joint Canadian-American command with a staunchly Cold War pedigree. The problem on 9/11 was that all of NORAD’s war plans looked outward. The threat, after all, had been Soviet bombers crossing the ocean or flying over the pole to attack North America. They had no reason to make plans for airborne threats that emerged from within the United States. So I was starting from scratch.

The initial problem was the chaos. There’s an old military saying that the first reports are always wrong and that was certainly the case on 9/11. We had no reliable information from any intelligence agencies. We were getting sketchy details from the FAA, but these were focused on getting the skies over North America cleared. The only intelligence I could find is euphemistically called “open source”—in other words, watching CNN. 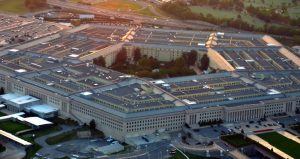 Like everybody else in the building, I knew people who worked in the Washington area, including a niece who was a student at George Washington and dozens of colleagues I’d left behind at the Pentagon a few months earlier. So as I was dashing between buildings trying to find scraps of information, I used those few breathless minutes to call around checking on whether or not these people were accounted for. By the afternoon, I knew all of them were safe with one exception—a close colleague of mine from both Europe and the Pentagon was missing. This was Red, a 5’2” West Virginia tough-as-nails lawyer with a mop of flaming ginger hair. And she was seven months pregnant. More on her later.

I managed to scrape together some reliable information on the hijacked aircraft and whether they demonstrated any observable signs like erratic headings, inexplicable altitude changes, strange air speed variations, or lack of radio communication. I put together a simple set of rules that would fit on a single page of a pilot’s in-flight checklist with minimum guidance to help decide whether to shoot down a commercial aircraft full of innocent passengers. The enormity of this responsibility was pressing down on me like a huge weight, but I kept reminding myself something was better than nothing. I sent the draft ROE back to NORAD in less than 90 minutes. They were rough, but there they were. 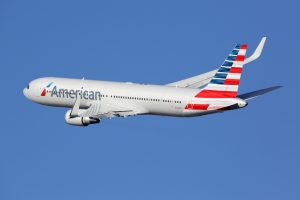 The sky was full of airplanes when I started this little project and although the FAA managed to clear the domestic flights within a few hours, I held my breath as international flights began arriving. These aircraft were not in continuous communication while over water and there wasn’t any oceanic radar coverage, so we weren’t exactly sure how many flights were still out there.

By sunset, I’d never been more relieved that no pilot had to make a decision based on the rules I’d written in such haste and with such little information. It’s odd to think now how happy I was that there were only four hijacked airplanes. Only four?

Over the days and weeks that followed, we discovered who the enemy was and prepared for war in Afghanistan. But we knew none of this on the 11th of September, only that we were at war with someone.

My old colleague Red called me a few days later. She said she’d heard from several people that I’d been worried about her. Turns out she was the only one who obeyed orders. You see, the Pentagon has a continuity-of-operations plan in case of natural disaster or attack, designating alternate locations for the staff agencies to reassemble and keep operations going. Red was a designated lawyer for this reconstitution and she made her way across the river to the assigned building and room, sat in a chair, and stared at a telephone that never rang. She was the only Air Force lawyer to show up at the right location on 9/11.

As I said, it was chaos.