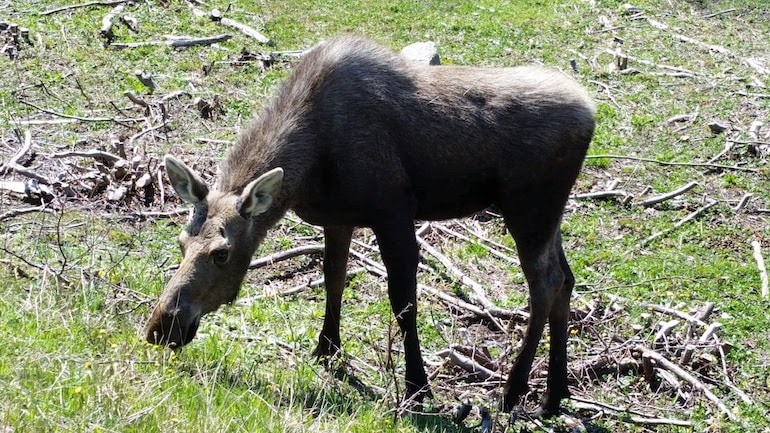 Why didn’t someone tell me about Republic of Doyle sooner? It’s been on TV since 2010 for crying out loud. Well, it’s been on Canadian TV since 2010, which to most Americans is like saying it’s been on Martian TV. But now it’s on Netflix—the Binge-a-Lot Streaming Service—so I’m on it.

The show is set almost entirely in St. John’s, Newfoundland, which may explain why no one ever mentioned it. However, let me admit upfront that the reason I watch Republic of Doyle is because it’s set in Newfoundland. Or maybe because one of the stars played Mel Gibson’s father-in-law in Braveheart. Whatever. I’m diligently working my way through all 77 episodes.

Like most of my compatriots, I had only the vaguest notion of Newfoundland until last year. Researching the first book in my First World War-era trilogy, I had to pick someplace for my two main character soldier-pals to be from, which is how I stumbled upon Newfoundland via the Royal Newfoundland Regiment. But I’ve already blogged about my journey through the archives of the Great War and, well, you should Go Buy My Book anyway. Let’s talk about Newfoundland instead.

When I decided on Newfoundland as a major setting for my book, I managed to convince Kay-Kay through my Eloquence and Childlike Enthusiasm that I needed a research trip to visit archives and museums, walk the ground, and talk to people. So we packed up our intrepid Fiat Cinquecento and headed north. And north. Then drove the car onto a boat and went north some more. Yep, it’s kinda the edge of the world.

The island that is Newfoundland is more or less a triangle with a dangly bit hanging off the lower right-hand corner, which is where you find St John’s. We know this because we drove the entire island for two weeks, including the very northern tip where Leif Erikson established a Viking village around 1000 AD. Just to say we did, since this had absolutely nothing to do with a World War I historical novel.

Descending down the east coast, we explored scores of coastal villages that made their livelihoods for five centuries pulling codfish from the mind-bogglingly rich fishing grounds created by the mixing of the Gulf Stream and the Labrador Current on the Grand Banks. Newfoundland was established as the first English colony in the Americas in 1583—a full 24 years before the Jamestown settlement—because codfish was such an important economic resource. In a perfect example of a Tragedy of the Commons, the advent of industrial fishing after World War I, coupled with the Canadian government’s inability to get its act together, led to the collapse of the cod fishery in 1992. It’s been closed to commercial fishing ever since.

Two things we discovered about fish—Newfoundlanders don’t say “cod” since to them there has always been only one fish. Other species are called by name—halibut, salmon—but fish is fish.

Although commercial net fishing is banned, they still line catch fish and it’s friggin’ delicious. The traditional way to cook fish in Newfoundland is in an iron skillet with scrunchions. These are chopped up bits of what we Americans call fatback, like in collard greens. You cook down the scrunchions to render the pork fat and cook the fish in that. You get the bonus of little chewy bits of piggy on your fish, too. Really, so, so good. And in Newfoundland, what isn’t seacoast or forest is… berry bog! As a result, the desserts are all a Near Occasion of Sin. Remember these two words: partridgeberry pie…

Also, with the loss of the fish, you’d think the place would’ve shriveled and died. Not so. This says a lot about the tenacity, ingenuity and, well, serious stubbornness of the Newfoundlanders. They’ve diversified their economy, including developing other aquatic resources like shrimp and crab that have just about replaced the lost value of the cod catch. They’ve also gone in big for tourism with 11,000 miles of beautiful coastline, 90 cool lighthouses, dozens of puffin colonies, and a steady parade of whales and icebergs down the coast all spring and summer.

The west side of the island—the side that faces Quebec and the overlooked red-headed-stepchild part of the province, Labrador—is equally stunning, with much less settlement and much more wilderness. It should be noted that “much more wilderness” includes a substantial number of (indigenous) caribou and (introduced c. 1900) moose. And there are a lot of both. You know those signs in factories that say “___ Days Since Our Last Lost-Time Accident”? Yeah, so in western Newfoundland they have highway signs that say “___ Days Since Our Last Fatal Automobile-Moose Collision.” Don’t believe we ever saw that blank filled in with more than a low double-digit number. And in case you non-moose savvy readers are wondering, a moose is a Really Big Animal. Like six feet tall at the shoulders and 1,500 pounds. Which is only a few hundred pounds lighter than our afore-mentioned Fiat Cinquecento.

The Newfoundlanders are a remarkable breed, with several distinguishing communal characteristics. First, like island people everywhere, they are hospitable to a fault. We were traveling in May, just a touch before the tourist season started, and were often hard pressed to find someplace to eat. We hit a few places just as they were closing. In the off season, even places that are technically open have signs like “Dinner Served: 5:15 to 6:30.” But they stayed open to make sure we got a meal and some conversation about the local area.

Second, a phrase now in common English usage, “too much information,” has not made its way to Newfoundland. Or rather, the concept of TMI hasn’t. Now for Kay-Kay, who has never met a person she didn’t consider a friend about whom she could seek to discover everything immediately, this was Nirvana. For me, not so much. I’ve been in a 5-minute conversation with a Newfoundlander and walked away knowing all the sordid details of their second divorce, as well as the severity of Grandpa’s recent flare-up of piles. No, that’s a lie—because there’s no such thing as a 5-minute conversation with a Newfoundlander. Just not possible.

Third, there are approximately 480,000 people on Newfoundland and, by my estimation, 34,623 different accents. Really, it was uncanny to an ignorant Yankee like me. I guess because the settlements were so isolated from each other for so long, you can drive the twisty, narrow road just 15 or 20 miles between outports and the people will sound nothing alike. That said, Kay-Kay and I developed an ear for a kind of generic Newfounese by practicing on each other as we did the Moose Slalom driving from place to place. I’m very thankful no one recorded these conversations.

Fourth, Newfoundlanders are a genuinely optimistic and trusting people. I guess you have to be, what with so little winter daylight and so much wildly changeable weather. No matter how bad things might be, they seem to see the bright side. Part of this may be explained by the fact that Newfoundland & Labrador leads Canadian provinces in problem drinking, but that’s not the heart of the story. These people live in a hard land on the edge of the north Atlantic and have historically had little choice but to trust and rely upon one another. The natural extension of this is always to think the best of people and situations. Let me give an example. Up the coast in Twillingate, I’d arranged to visit Captain Dave’s fishing museum. When I arrived at the agreed time, he was about to head out with a charter of eight or ten tourists. Now no self-respecting charter boatman is going to turn down that kind of cash, so he told us to have a look around his extensive (and valuable) collection for as long as we wanted. Just lock up when we were done. You American urban cave dwellers, please ponder this level of trust—of a complete stranger—for a moment.

So I guess my newfound (heh heh) addiction to Republic of Doyle has a lot to do with my abiding love for all things Newfoundland. The B-roll and location shots from all around St. John’s—jelly bean houses, Signal Hill, The Rooms, the harbor—remind me of a place I’ve come to love. More importantly, it reminds me of some remarkable people and reassures me that, without doubt, we’ll return to Newfoundland again. Soon, I hope.

If you’d like to read some historical fiction set in Newfoundland, check out my novel, None of Us the Same, available on Amazon or Barnes & Noble.