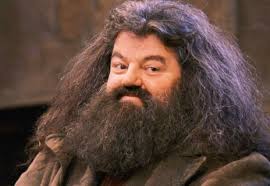 I’m going to go all Thomist—as in Aquinas, not the Tank Engine— this week. Let us therefore turn to the matter of men and facial hair. It may be said that the material cause of beards and mustaches is that they are of the Natural Order of Things, that Nature dictates that Men have hair growing out of their faces. Indeed, Men in the State of Nature—where life is, according to Hobbes (another Thomas Not-a-Tank-Engine), “solitary, poor, nasty, brutish, and unshaven”—are by Natural Law a rather hairy and smelly bunch. Which also says a lot about the state of modern day Brooklyn.

Now, it is a precept of Natural Law, as well as the Law of Tinder, that Men Who Shave Their Beards, on average, get more dates. The formal cause of this is that the majority of Women do not enjoy having their lips, cheeks and (if the Men are even a little lucky) inner thighs chaffed and rubbed raw by wiry facial hair. Therefore I say, it is proven that Men Often Shave.

Having noted the material cause of facial hair and proven the formal cause of shaving, we must now turn to the efficient causes of why men, regardless of the probabilities of diminished dating and mating, nevertheless sport beards, sideburns and mustaches. I say the Causes of Hirsutedness are four.

Firstly, because Man is drawn to that which is pleasurable and repelled by that which is painful, he may avoid shaving because it is sometimes painful. Or not. But he is repelled by the painfulness of having to be bothered to shave. This is, as the Philosopher has taught us, called Being Lazy. And Men most assuredly find much good in Being Lazy, while being repelled by Exertion in all its forms. I therefore say that Men, in the first cause, do not shave because they are lazy.

Secondly, once Men and Women found it a Good Thing to come together in society, certain norms, mores and rituals arose to facilitate the cohesion of that society. For reasons likely related to visible manifestations of fertility (and of course laziness) the sporting of luxuriant facial hair became a Social or a Religious Thing To Do, as it remains in many cultures around the world even today, the United States not being one of them. (A shout out here to my many Arab guy-friends around the world, who know just how to rock a righteous mustache.) I therefore say that Men, in the second cause, do not shave because their Fathers don’t and/or their Holy Men tell them not to.

Thirdly, as society developed and the Old Ways passed into disuse, Men no longer had coming-of-age rituals or mastodon hunts in which to prove their manliness and impress potential mates with their virility and ability to bring home the bronto burgers. Lacking this ancient ritualistic form  of Swiping Right, modern Man is forced to seek alternative markers of virility. I therefore say that in the third cause, Men grow facial hair because they don’t have readily available opportunities to slaughter very large mammals anymore.

Fourthly, in their frenzy to stand out from the herd in an increasingly anonymous and atomized culture, Men grow prodigious facial hair to Be Noticed. This may, as it turns out, be counterproductive, limiting ones potential dating/mating pool to the small subset of Women with Fetishes for Pirates and/or Lumberjacks. But we would need further analysis before disproving the Null Hypothesis: “Men with Beards Get Laid More.” I therefore say, in the fourth cause, that some Men grow beards for the same reason peacocks have those crazy-long tail feathers—to make a spectacle of themselves.

It may also be that the beard is meant to signal a disdain for social convention, a way of asserting an Outlaw Vibe as a marker of sexual potency. It may also be meant simply to annoy, although this is unlikely since the Level of Annoyance Achieved decreases exponentially as we move each degree of consanguinity away from The Bearded One’s parents and spouse/partner. Or perhaps the beard is meant to serve the purpose of a diversion, something to fiddle and twiddle when bored, much like the “worry beads” the men in many cultures adopt while smoking hookahs and playing dominoes.

In the interest of transparency and scholarly inquiry, I must confess that I myself sported a truly awful disco-era mustache for far too long. I parted ways with my facial hair in a much more Hegelian manner than the above scholastic arguments would lead you to think possible. In my personal dialectic, I entered Officer Training School with the thesis of a mustache. I then very soon met the antithesis of a Flight Commander with a Thick Demerit Book and a Loathing for Mustaches and Those Who Wear Them. This was quickly followed by the synthesis of a clean-shaven Jeff with Hopes of Getting Off the Base Some Weekend.

After many years, I have reached an accommodation with facial hair. It goes something like this. 1) I won’t have any because it makes me look goofy and would all be white anyway.  2) It’s OK to have a beard if you have a weak chin, like Eric Clapton or Pete Townshend. In such cases, it’s camouflage more than a beard. 3) If you have cultural or religious reasons for a beard or mustache, who am I to judge? Have at it. 4) If you’re my son Scooter, you get a pass because I don’t want you to be mad at me. And 5) keep it trimmed, please, just keep it trimmed.

Any facial hair stories you’d like to share? Ladies, love to hear from you—do you dig guys with beards or no? Any fans of Thomas Aquinas out there? Or is he just too cool for school now?