Me & Lee & Grant: What I Learned At Appomattox

[Tomorrow is the 153rd anniversary of Lee’s surrender at Appomattox, so I thought it might be good to re-run this blog post from last year. I’ve had a long writing week struggling to finish the initial draft of No Hero’s Welcome, the last book in my First World War trilogy, so I need a weekend off. Back with new stuff next week.]

I stumbled into a Civil War battle yesterday, completely by accident. Me and Kay-Kay were driving back from a Continuing Legal Education conference—because we lawyers need to take at least one day off from inflating our billable hours each year—in Lynchburg, Virginia, when I said, “Let’s stop at Appomattox Court House on the way home.” Neither of us had ever been there and I have a long-festering issue with whether it’s spelled with two M’s or one anyway, so we followed the Brown Signs to an Historic Site run by the National Park Service.

Imagine my surprise when we arrived just in time to see several score of Confederate soldiers shooting at, well, something anyway. Turns out that today is the 152nd Anniversary of Lee’s surrender to Grant. Who knew? Not something I kept filed away in the back of my overcrowded and increasingly dusty brain, after all. (“Let’s see: shoe size, 10 1/2. Check. Wife’s birthday, 17th of July. Check. Date of Lee’s surrender at Appomattox, 9th of April 1865…”)

We glommed onto a departing group headed out from the actual courthouse with a Very Cool and Smart Ranger on a walking lecture. Well, it was more a standing lecture, since we walked to a spot and stood there for 40-odd minutes. No matter, because Ranger Rick was, to say the least, incredible. He’s the kind of straight-up spellbinding guy you would’ve killed—or at least grievously maimed—to have had as your high school American History teacher. (I had a Ben Stein clone: “Anyone? Anyone? Walker!?!”) We even got our pictures taken, me with a dead-ringer cigar-chomping General Grant, Kay-Kay with an equally convincing and noticeably more courtly General Lee.

So what about Appomattox? (Note one M, two T’s—that’s what always got me.) Ulysses (note no second U) Grant, a man who before the war failed in business more times than a Trump casino, had been in charge of the Union Army for a little over a year. This in and of itself was remarkable, since Abraham Lincoln burned through Commanding Generals of the Army of the United States faster than most men back then changed their underwear. Also, Grant was reputed to be a drunkard, although historians differ on this. 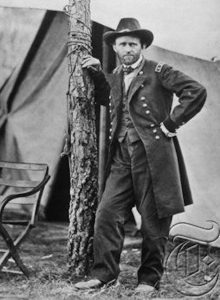 Lincoln, however, admired Grant’s success commanding the Union’s Army of the Tennessee (double N, double S, double E)—although he had lost 13,000 men in less than two days during the Battle of Shiloh, at the time a land-speed record in killing Americans. When Lincoln was advised of Grant’s reputed love for the liquor, he rejoined, “Can you tell me where he gets his whiskey? Because, if I can only find out, I will send a barrel… to every general in the army.” Did I mention Grant’s actual first name was Hiram—apropos of nothing… or is it?

But I digress. Shocking, I know.

By 1864, the industrial and demographic might of the Union, combined with a constricting naval blockade of the Confederacy that only Rhett Butler seemed able to run at will, was slowly yet finely grinding down the Confederate Army, most especially Robert E. Lee’s vaunted Army of Northern Virginia. (Ranger Rick pointed out that Lee’s army inflicted fully 60% of all the casualties suffered by Union forces.) Grant had by April of 1865 gained a reputation and a nickname, The Butcher, as a result of the endless numbers of men he threw at the Confederate forces dug in around Richmond. 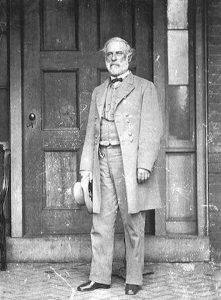 Whether said nickname was deserved or not, the key words here are endless numbers of men—which the Union more or less had, particularly in comparison to the Confederacy. There were just no men left to fill the depleted ranks south of the Mason-Dixon. Once Grant had overrun the defenses at Petersburg—after a 10-month siege, mind you—and taken Richmond, Lee’s strategy boiled down to the same one pursued by Washington throughout most of the Revolutionary War—win by not losing—meaning he had to keep the Army of Northern Virginia alive and in the field, just like the Continental Army 85 years earlier. (There was, admittedly, one big difference. Washington had a well-defined goal, buying time until the French arrived, which Lee did not enjoy. He could only stall and pray the Union would tire of the bloodletting before his own army dissolved.)

This was what led Lee (and I very much appreciate the easy spelling of his surname) to his fateful reckoning at Appomattox Court House. He got outraced to his food supply and cutoff from his line of retreat by a bigger, better fed, and now faster-moving Union Army.

Turns out, by the way, that Lee’s supply train troops were caught off guard at the Appomattox rail station by a force of Union cavalry led by George Armstrong Custer… with notably greater stealthy success than he would enjoy sneaking up on the Lakota and Arapahoe eleven years later.

What I found most compelling about this surprising and unplanned visit to Appomattox was the many modern echoes that sounded in my Little Pea Brain at several frequencies and wavelengths.

First, I’ve been deep diving into the First World War for the last year. The homepage of this website is proof of that. Curiously, the 100th anniversary of the U.S. entry into that particular bloodbath was just three days earlier, on the 6th of April. (WARNING: shameless commercial pitch.) My upcoming historical fiction novel None of Us the Same, is due out in May, in both print and ebook. (We now return to your regularly scheduled blog post…) [Update: the first two volumes of my trilogy, None of Us the Same and Truly Are the Free, are now available.] 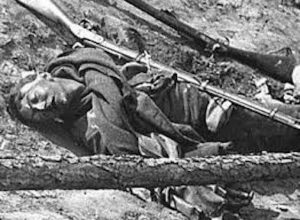 WWI represents the first full expression of modern industrial warfare, wherein mankind proved equally adept at mass producing Artillery Shells and Piles of Dead Soldiers as they had become at mass producing Automobiles and Light Bulbs. The Civil War, especially that last sausage-grinding year of standoff between Lee’s and Grant’s armies, served as both a prologue and a chilling lesson for anyone inclined to learn it. As it turned out, none of the Generals of the Great Powers were inclined to learn much of anything. 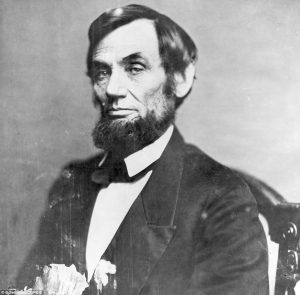 Second, the sad loss of Abraham Lincoln to an assassin’s bullet just six days after Appomattox meant that the fast-approaching peace would be very different than the one he had envisioned. As Jim Crow settled comfortably into his Southern redoubt for the next 90 years, the issue of racial subjugation would remain the Original Sin of the American Republic. In so many ways, it lingers to this day the Unfinished Business of our nation. 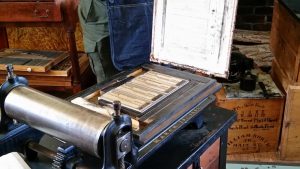 Third, Grant was extremely generous in his surrender terms. He took no prisoners of war, including Lee himself, printing out 28,000-odd parole slips in less than 24 hours for the surrendering troops, proving they weren’t deserters. He let them keep their horses and draw rations from any Federal outpost they passed on their long walk home. As Lee exited the McLean House where the surrender document was signed, one of the Union regimental bands struck up “Auld Lang Syne” as he walked to his mount and road away. When the Confederate infantry marched to the courthouse to stack their weapons and relinquish their colors, thousands of well-fed and well-equipped Union troops lined both sides of the road, presenting arms in a salute to their brave, vanquished enemy. This was the first full expression of Lincoln’s “malice toward none” so eloquently stated in his Second Inaugural Address just a month before his death.

Maybe we ought to keep in mind these were armies that had chased, starved and bled each other dry for four long years, not just voted for different candidates in an election…

Do we draw the right lessons from the Civil War? Have we ever really moved past it as a people?