Life in the Time of Corona 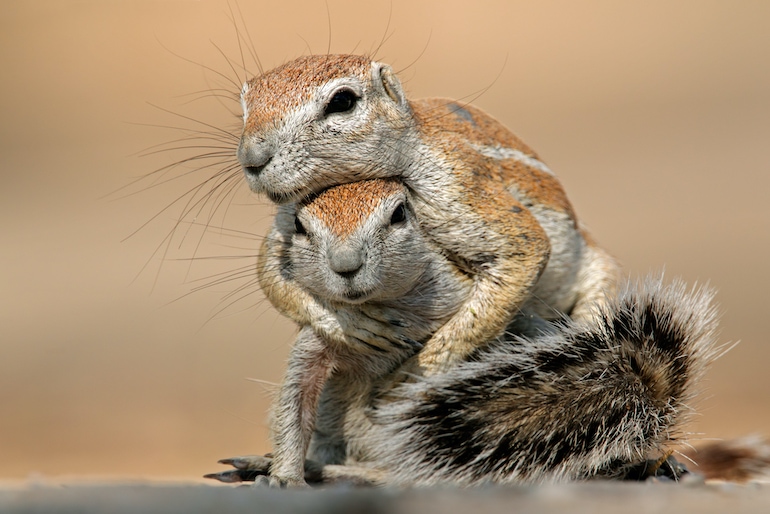 [Looks like I’m the Harbinger of Coronavirus—three cities I once lived in or near are having their turns in the crosshairs of COVID-19: Chicago, on the outskirts of whose Greater Metro Area I was born and raised; New Orleans, where I spent my undergrad years and did a lot of growing up; and New York City, where I not so long ago passed several years as a law school professor and administrator. It’s almost too much to bear pondering for very long. This continues to be a Deadly Serious Matter, but I’m a blogger, not (regretfully) an heroic and much-beleaguered doctor, nurse, or EMT. All I’m equipped to do is hold up a mirror to our Current Suboptimal Situation and maybe help find humor where we can. Thanks for reading.] 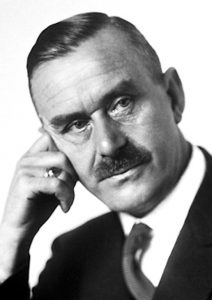 Author and Nobel laureate Thomas Mann, in his magisterial (literary-speak for Very Difficult to Get Through) 1924 novel, The Magic Mountain, asserts that we have it all wrong. Time does not fly when you’re having fun—just the opposite.

“Great spaces of time passed in unbroken uniformity tend to shrink together in a way to make the heart stop beating for fear; when one day is like all the others, then they are all like one; complete uniformity would make the longest life seem short, and as though it had stolen away from us unawares.”

Yeah, not so much. Certainly not my experience during Life in the Time of Corona, where minutes hang like hours. Maybe like decades. I should note that Herr Mann a) was writing in 1924, b) set his book in a Swiss tuberculosis sanitarium, and c) was a German. All this may explain a lot. Maybe not.

So once again for lack of anything better to write about in these Peculiar and Dangerous Times, here are journal entries from my Hemi-Demi-Semi-Quarantine. 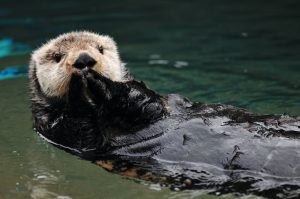 Kay-Kay and I have now completed naming of Every Living Thing out our back windows. There are very many of them—we live in the woods and on a lake—so this was a substantial effort. Oscar Otter. Milton Muskrat. Corbin, Coretta, and Claudius, the three cormorants that hang out on a deadfall off of our dock. Admittedly, it’s tough telling two dozen female red-wing blackbirds apart.

But hey, we’ve got nothing but Too Much Time on Our Hands! And according to Styx, who played my high school in ’74 and are therefore authoritative, it’s ticking away with my sanity. It’s hard to believe such a calamity…

We’ve now definitively proven by endless observations that our backyard will support exactly four squirrels. That’s the invariable steady-state number of squirrels. Not three, not five. Four. This is the Maximum Squirrel Load of the rear half of our .68 acres of white oaks, hollies, and red maples. Also, one water tupelo, because we finally have time to slog through one of those on-line tree keys. 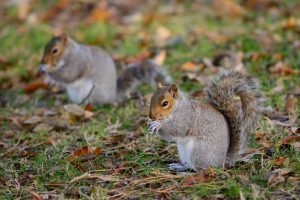 Back to the squirrels. Because that’s where me and Kay-Kay always seem to end up these days. The lowest ranking squirrel in our pack’s(?) hierarchy —who in a fit of unoriginality we have named Quattro—is much oppressed by the tougher squirrels—Primo, the Deuce, and Tre. However, whenever I refill the bird feeder, Quattro always has an intriguing method to get his fair share of the seed mix I spill on the ground for them. Members of our neighbor’s squirrel tribe(?) inevitably try to get in on the feeder-refilling windfall by sneaking over the property line. Quattro is quick to point out these interlopers to the dominant squirrels. He then gobbles up as much seed as he can while the others are occupied repelling the invaders. He’s a wily little bugger, our Quattro.

Still having Too Much Time on My Hands, I’ve discovered through extensive digital research—I Googled it—that a group of squirrels is actually called a scurry. Huh. With the large number splatted on the roads around here, I’d have thought it would be an indecision of squirrels.

In other non-squirrel news, today is our granddaughter Goldie’s 1st Birthday. The Big One-Nothing. Kay-Kay is kinda bumming that we can’t be in Northern Coronafornia for this momentous occasion, but we were there three weeks ago and had a pre-game mini-birthday celebration then. 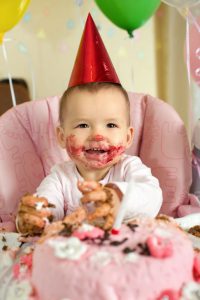 Today, with an upside-down paper cup, some modeling clay, a handful of markers, and a candle, Kay-Kay has MacGyvered a “cup-cake” (get it?) for Goldie. We sang “Happy Birthday” and blew out her candle over FaceTime.

Also, our grandson, Goober, found the “cup-cake” joke hilarious, which is encouraging evidence he’s moving beyond the Pull-My-Finger/Funny Fart phase of his humor development. Not that I won’t miss that adorable phase.

Sadly we didn’t get to share in the Face-Smearing of the Frosting that is a requisite of any first-birthday celebration. Maybe next year, vaccine and airline solvency permitting.

Admittedly, like everyone else on the planet, we’re watching too much cable TV. We’re also entirely too excited about the new season of Ozark dropping tomorrow. In our defense, with the exception of a few old episodes of Friends, we’ve now finished Netflix. I’m pretty sure. But we still have Hulu and Prime Video, so we scoff at ever-lengthening shelter-in-place! We laugh at your receding social-distancing end dates! There are episodes of Little Fires Everywhere and Letterkenny yet to be watched! And PBS launches Season 9—NINE, mind you—of Call the Midwife this Sunday! 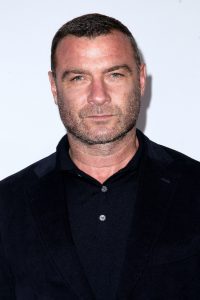 We Cut the Cable—both telephone and TV—three years ago. This, as it turns out, saves exactly $0.00, because we have many individual subscriptions. HBO? Ummm,  Game of Thrones, duh. Showtime? You don’t expect us to miss Ray Donovan, do you? Amazon Prime Video? Come one, it’s included with the free shipping! Hulu? Handmaid’s Tale, must-see TV if you want to be “woke,” right?

Kay-Kay and I are, however, staunchly opposed to paying for the individual episodes or <gasp!> entire seasons flogged by Amazon. We draw the line there! Absolutely! Except for Outlander, it should go without saying.

And worse comes to worst, we still have five “innings” of Ken Burns’s magisterial <ahem> mini-series, Baseball. Although this is kinda like that years-old can of Spam in the back of the pantry shelves that you could eat if you absolutely had to.

You know, we used to have a life. Maybe we’ll get one again someday.

Demonstrating that irony is, even three years into the Trump Administration, still not quite dead, British Prime Minister Boris Johnson announced today that he has tested positive for COVID-19. 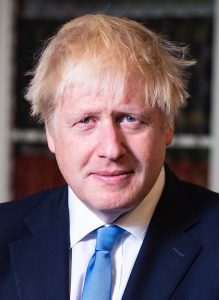 PM Boris, you may or may not recall, publicly speculated a few weeks ago that perhaps the United Kingdom would do Not Very Much At All about the coronavirus, letting maybe half the population become infected and thereby imparting “herd immunity” to Britannia.

This was before Dr. Neil M. Ferguson, a British epidemiologist who is one of the most highly regarded epidemic/pandemic modelers on the planet, estimated that this approach would result in the deaths of an estimated gazillion registered voters. Thinking retreat the better choice for both political and actual survival, Boris quickly backstroked on his Initial Bright Idea.

It appears he was too late to save himself from infection, although he reports he’s only experiencing mild symptoms. Get well soon, Prime Minster—and please let the medical experts figure this out from here on out, ’mkay?

I’ve now been in isolation with my as-yet still-beloved Kay-Kay for 16 days, during which time I have been beyond our property line exactly once, which is one-fourth as many times as the neighbor’s squirrels…