Life in the Pre-GPScene Era 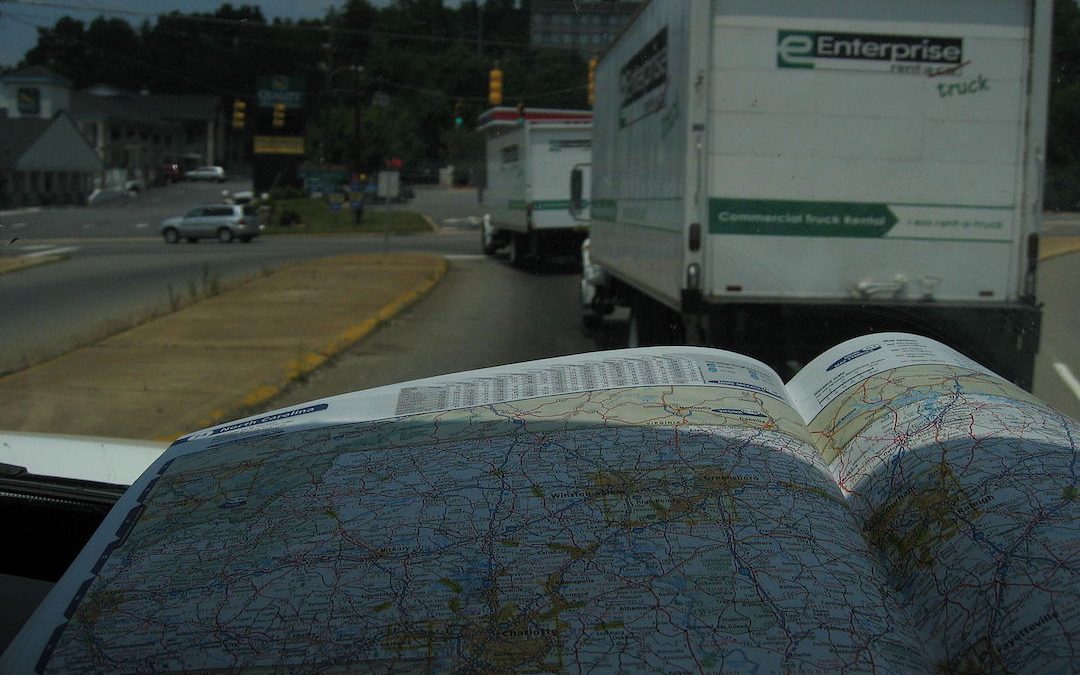 Although people have been writing about this for like a decade already, I just read an article about how our complete reliance on turn-by-turn GoogleMaps instructions is rotting our collective hippocampus. That’s a part of our brain that Does Many Important Things, e.g., storing memories, learning stuff, regulating emotions. Suffice to say, Godzilla had a very small hippocampus. 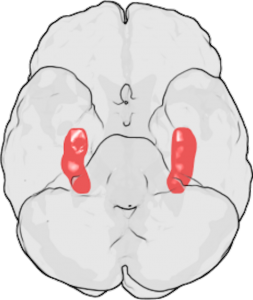 It’s long been known that exercising one’s hippocampus actually makes it really buff, like washboard-abs cut with bulging amounts of grey matter. And one of the best ways to work out your hippocampus is planking.

(OK, that’s a lie and I only said it because of those cat-selfie cute photos of Ruth Bader Ginsburg planking at age 124 or whatever the heck she is.)

No, one of the best ways to bulk up the ol’ hippo is to do complex problem solving tasks. And two of the best of these exercises are: 1) navigating without a GPS, and 2) figuring out how to open those fused-plastic form-fitted packages that we all give up and stab with our Fiskars and generally damage what’s inside.

I may have made up that second one, too. It’s kind of personal and I’m having some truth-telling issues today. 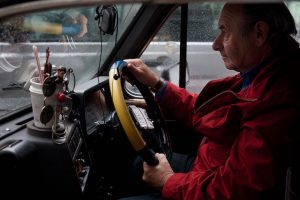 As proof of the efficacy of navigating sans Garmin and Google, there have been studies of the size of the hippocampus of your average London cabbie. You see, in order to become licensed to drive one of those adorable old-fashiony black London cabs, you have to study The Knowledge for upwards of three years. What’s included in The Knowledge hasn’t changed appreciably since licensure testing began in 1865 and includes thousands of routes and alternates and traffic problems from innumerable Points A to endless Points B. Would-be cabbies get one-on-one tested orally by senior cabbies twelve times during their training—“Right, then. Yer fare’s at Marylebone and wantin’ to ride the London Eye, but she wants youse to drive ’er by them ravin’ looney protesters outside Westminster. And a police ’orse just dropped dead in the middle o’ Waterloo Bridge blockin’ traffic both ways.”

Now having been paid actual cash money at one time to navigate an airplane in the pre-GPS era, I’m intrigued by this scientific discovery. I once took pride in my navigational skills. When I got my wings, I knew how to navigate an aircraft anywhere over the surface of the Earth using radar, celestial navigation by the sun and stars, pressure navigation, polar grid navigation, and the reliable dead reckoning. Which mostly entailed closing your eyes and stabbing your dividers at the chart. (We actually had a one-hour class session in nav school on chart folding—“chart” being the snooty navigator-esque word for “map.”)

I’ve had this sneaking suspicion for some time that I was getting dumber—or at least feeling a lot more helpless—from my easy default to GoogleMaps. More precisely, to the dulcet, siren-like tones of Betty. Which is what Kay-Kay and I have christened That Google Voice, in honor of the female voice in American fighter aircraft that says, “Pull up! Pull up!” and “Gear not down!” Fighter pilots have long referred to her as Bitchin’ Betty.

Betty is great, don’t get me wrong. Until your battery is at 2% and you’ve left your car charger at home. Or until the Russians destroy all our GPS satellites. But we’re losing something essentially human, something that separates us from other animals—the multifaceted ability to perceive, deconstruct, mentally game out alternative choices, modify our behavior, observe the result, and then start the loop over and over and over again. Basically, day-to-day driving in Boston. And you can do it really efficiently—if you’ve got a totally ripped hippocampus.

The GPS vs brain navigation thing is what set me off on this tangent, but GoogleMaps is hardly the only gee-whiz technology that’s draining away some of our essential humanness while nominally making our lives easier/better/lazier. 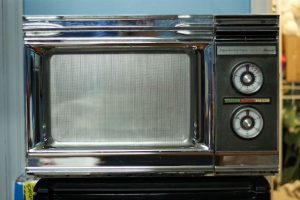 Consider, if you will, the lowly microwave. I saw my first microwave in an ex-girlfriend’s house in 1975 when I was fifteen. Her dad was an appliance repairman, so they got one mostly for continuing professional education. It was a big, boxy Radar Range that made a shocking amount of noise. And it had the word “radar” in its name, which made me a little queasy.

My Mom was a very late adopter of microwave technology, so there wasn’t one in my parents’ house until well after I went off to college, maybe 1981. I found this rather inexplicable, since Mom really hated cooking. Which is appropriate, since she was really bad at it, too. I’d have thought she’d have been on a microwave like white on Minute Rice. Since I was the youngest, however, once she’d packed me off to college she bypassed the whole reason for a microwave by the simple expedient of No Longer Cooking. Mom and Dad ate out a lot after I left home, which made me feel a little cheated. But I was living in New Orleans, where the food was universally better than Mom’s home cooking. So no harm, no foul—laissez les bontemps roulez.

I don’t even want to imagine the percentage of American families that only turn their oven on at Thanksgiving. Everything else is microwaved, toaster-ovened, or thrown in boiling water on the stovetop. This, too, is making our hippocampus go all spindly armed and flabby. Consider these two pathways to putting a meal on the table. 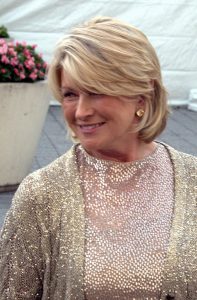 Second, a from-scratch meal. Step 1, hunter-gather fresh ingredients at grocery store or farmer’s market (where you can afford to put a down payment on two zucchini and a cabbage). Step 2, re-read and ponder recipe from Martha Stewart, with a side of inadequacy. Because, Martha. Step 3, get out various peely-cutty-slicey utensils and peel, cut, and/or slice stuff. Step 4, preheat oven/sauté pan/grill/all the above. Step 5, whisk, stir, beat, frappé, whatevs. Step 6, get bummed because the egg whites collapsed when you folded in [fill in foodstuff] and what are you going to do and dinner’s ruined. Step 7, stop caring while hurling invective at Martha Stewart. Step 8, carefully baste the beast du jour in your oven. Step 9, let your beast du jour “rest” on the counter before carving. Step 10, use every paper towel in the kitchen to keep all that bloody juice running out of the beast du jour from dripping onto the floor. Step 11, scream at son/daughter to turn off that damn Xbox and set the table. Step 12, sit down to a healthy and tasty family dinner.

You see all the complicated processes, unplanned challenges, fine motor skills, and hypertension involved? And it’s just so darn good for your brain. 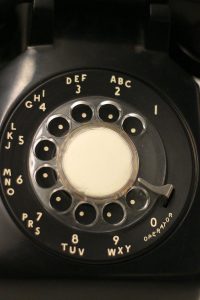 I could go on. I know that anyone under the age of 25 will look at me with slack-jawed dumbfoundedness when I say this—we used to MEMORIZE telephone numbers! A “telephone number” is not, let me emphasize, “Tiffany” or “Pizza Guy” or “Hot Chicago Weekend Sex” or whatever else pops up on your iPhone screen. My little hometown of Skeeterville had just one exchange—582-XXXX—so we only had to memorize four digits. My Mom’s number is still “1794” to me… as it has been, she assures me, since 1951. It was a cool happenstance—or was it?—that human short-term memory is optimized to remember seven discrete things… and a telephone number is seven digits long (minus area code). Of course, we had lots of time to remember numbers, what with those rotary-dial phones. And yes, converting 7-digit short-term into long term memories is a hippocampus thing, too.

I guess the teaching point today is that we shouldn’t blindly accept the latest, coolest, fastest, glitziest, noisiest new gadgety-thingy that comes down the pike from Silicon Valley. Remember that whatever they’re designed to do, every variety of digital gear is a tool—for us to choose to use or not. The gadgets should be slaves to us, not vice versa.