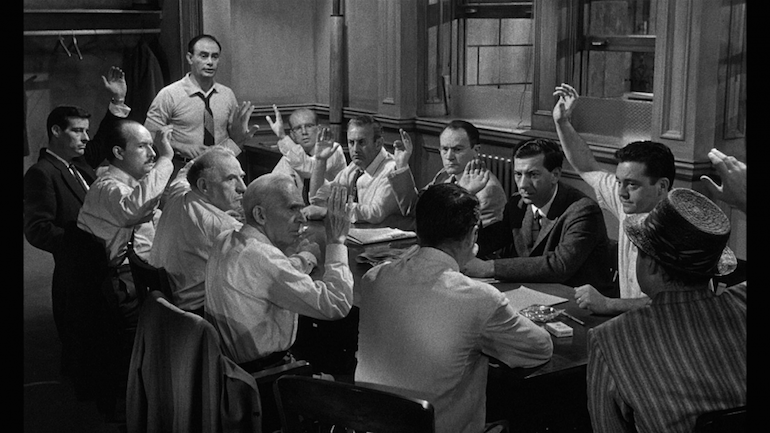 Before I took up an honest living—fiction writer—I worked as a lawyer. I’ve been several flavors of lawyer: criminal prosecutor, government attorney, company counsel, rule of law expert in some exotic places, and an assistant dean at a NYC law school. (I still do a little law on the side, the profession of “fiction writer” turning out to not be a very reliable income stream. Imagine my surprise.) This is all to establish my bona fides—and we lawyers charge triple for Latin—as Someone Who Knows Something about Legal Stuff.

Let’s start with a truth universally acknowledged by Persons Admitted to the Bar, yet mostly unknown to non-lawyers: there are a lot of legal presumptions that are plainly false. We call these legal fictions, mostly so we don’t have to call them rules that aren’t true.

Consider the notion of “legal personality,” for example. Most of us know what a person is and generally don’t have much trouble spotting one. The category of legal person includes breathing humans, but the law also recognizes other things as persons either generally or for limited purposes. For example, corporations have legal personality that endows them with an ever-expanding basket of human-like rights.

Most legal fictions have their origins Back In The Day—sometimes WAY back. For example, the notion of a “legal person” that isn’t a human dates to the Romans, as almost everything interesting in law seems to do. However, it’s establishment as a legal doctrine can be traced to the 13th century when a canon lawyer named Sinibaldo Fieschi became Pope Innocent IV. (Since ol’ Sinibaldo was both a student and professor at the University of Bologna—which was one heckuva medieval party school—one wonders if the name was tongue-in-cheek.)

Pope Innocent faced an interesting problem in regard to monasteries. Now under the Benedictine Rule—the Absolutely No-Fun Allowed Code followed by most monastic orders—monks took a vow of poverty. By the 13th century, Many People with Guilty Consciences were giving big piles of gold and large swathes of land to monasteries in exchange for having their souls prayed out of purgatory (or worse) after they died.

So if monks can’t own anything, what do you do about groups of monks being given lots of things? Pope Innocent squared this circle by giving the monasteries legal personality and declaring that Mister Monastery was not subject to a vow of poverty. That the monks living in said monastery got to enjoy—and enjoy very much—the benefit of these lavish gifts was somehow overlooked. Or at least until spoilsports like Martin Luther and Henry VIII came along and ended the party.

You see what the Pope did there? He not only created a “person,” he actually subverted the intent of another law by enabling monks to live high on the hog, which was a fine early example of a “loophole.” Legal fictions tend to have this result—they giveth and they taketh away.

Often legal fictions are put in place for efficiency or expediency. Sometimes making subtle distinctions is just too darn hard. Here’s another illustration: the age of mental competency. Every state picks an age—let’s just say 16—above which everyone is responsible for their actions and able to consent to stuff. Anyone under is presumed not responsible. So criminal liability, ability to consent to sex, entering into contracts, all these turn on achieving that magical age.

Now be honest. Every single one of us knows some 15-year-olds who are competent to know the they’re committing a crime, just as we all know some 17-year-olds that have no business signing a contract to buy a car. The law, however, doesn’t want to be bothered culling the herd, as it were, since it would turn every criminal or civil matter involving someone of tender years into a competency hearing with competing psychiatrists and confused jurors. So we draw a bright line, knowing full well that the rule will oftentimes be over- or under-inclusive.

Curiously, most states allow for some exception for crimes committed by someone under 16. This gives us the ubiquitous newspaper line, “The district attorney will seek to charge the suspect as an adult.” Even more curiously, no jurisdiction allows exceptions like this for statutory rape cases. So we’ve made a policy decision, consciously or otherwise, that some 15-year-olds are competent to be charged with murder but no 15-year-olds are competent to consent to sexual intercourse. That says something interesting about our public policy choices, for sure.

The rules of evidence in the Anglo-American common law are chockfull of legal fictions. Now let’s be clear about the schizophrenia of the common law when it comes to juries. We see those “twelve good men/women and true”—all rank amateurs in law—as a touchstone of the of our justice system. At the same time, we don’t trust juries farther than we can throw them. As a result, the common law has a lot of rules to keep juries under control.

The best known evidentiary rules is the Hearsay Exclusion. This is the notion that a statement made by a person outside of court cannot be offered in court by someone else. “Well, I didn’t see him shoot her, but my neighbor Sally said she saw him.” If you want to know what Sally saw, the common law requires you produce Sally in court.

That said, the Federal Rules of Evidence list 23 exceptions to this rule, as well as several “exclusions from hearsay.” Many of these are straight-up legal fictions, some of them rather dubious. Let’s examine a few:

Legal fictions admittedly make the wheels of justice grind more efficiently, but as we see, they have a cost. Maybe the biggest is that they’ve given us some license to just make stuff up that we want to be true, even though there isn’t an offsetting efficiency to be gained or public policy to be advanced. Sometimes, it’s exactly the opposite.

The worst example of this may be our hoary belief that “justice is colorblind.” In the United States, that’s just not true, as reams of historical data prove over and over. In states with capital punishment, for example, it is a fact that you’re three-and-a-half times more likely to get a death sentence, all other things being equal, if your victim is white as opposed to any other race. If you’re a black male who kills a white female, those odds more than double that again. That’s way beyond a legal fiction. That’s more like a legal abomination.