Jerry Jeff and the Candy Bomber 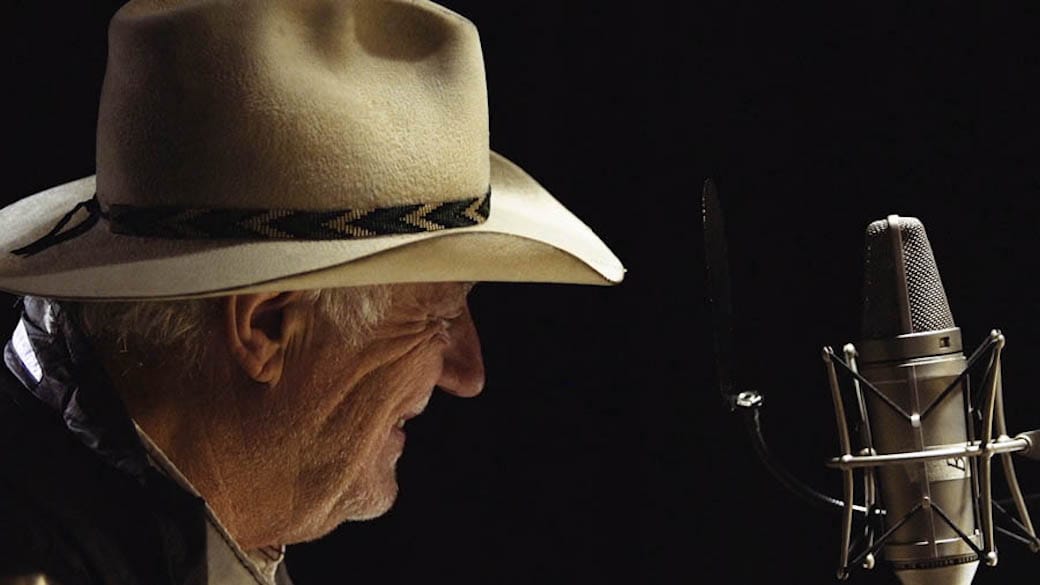 While 2020 continues to Suck Out Loud, the last few weeks brought a couple of events that had particular meaning to me—the (very happy) 100th birthday of the Candy Bomber Gail “Hal” Halvorsen and the (very bittersweet) death of Jerry Jeff Walker. Coincidentally, both are related to me and my 20 years in the Air Force. So how did Jerry Jeff and the Candy Bomber become so intertwined in my story? 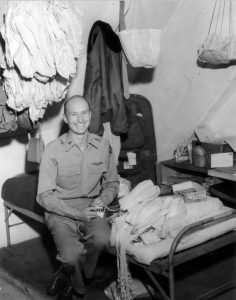 Hal Halvorsen holds a special place in the hearts of aviators. Especially military aviators. Most especially bomber aviators. When the Berlin Airlift commenced in 1948, then-Lieutenant Halvorsen was a transport pilot, not a bomber pilot. Begun in response to the Soviet blockade of Berlin, the airlift transported huge amounts of food and fuel to sustain the civilian population. Before the blockade was lifted almost a year later, American and British crews flew over 275,000 flights to resupply Berlin.

During one early mission, Halvorsen climbed out of his plane parked at Tempelhof Airport. He walked over to a clutch of children standing outside the wire fence. He later related, “I saw right away that they had nothing and they were hungry. So I reached into my pocket and pulled out all that I had: two sticks of gum.” To Halvorsen, they weren’t defeated enemies—they were just hungry kids. 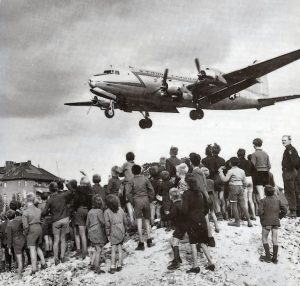 I can personally assure you there are two things in this world for which every American GI has a soft spot—children and dogs. When I was deployed to Bosnia in 1995, I adopted a camp dog. Out of each case of “Meals, Ready to Eat”—the (in)famous MREs—I fed that dog every “No. 6 – Ham Steak.” Admittedly, they were wretched, but Dog liked them. He got rather fat, attributable to the Cheez-Whiz and M&Ms in every “No. 6 – Ham Steak” meal.

But I digress. Back to 1948. Halvorsen’s impromptu visit with those bedraggled Kinder triggered a chain of events that would forever mark Hal Halvorsen as “The Candy Bomber” and spin up a side mission for the Airlift crews.

When Halvorsen returned to his base, he hit up all his squadron mates for their handkerchiefs and chocolate rations. He spent his free time tying the chocolate bars to the handkerchiefs, taking a bagful on each of his missions. Approaching Tempelhof, he’d wiggle his wings, open the cockpit window, and toss these candy bombs to the kids on the ground.

The Homefront Gets Involved 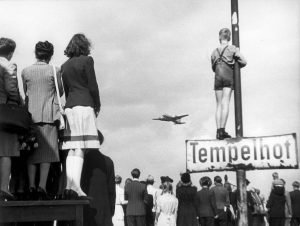 News of this way-cool idea spread quickly back to the States. Americans responded with an avalanche of candy and handkerchiefs sent to the airmen in Germany. So much candy arrived that Halvorsen enlisted all of his squadron mates, then all the other squadrons. Back in the States, someone set up a central depot with volunteers to tie candy into handkerchiefs and ship the pre-made candy bombs overseas. The commanding general of the Airlift sanctioned the idea and dubbed it “Operation Little Vittles.”

The rest, as historians are wont to say, is history. To a guy who was trained to drop nukes, the Candy Bomber has a special place in my heart. He was a counterexample to our assigned mission of killing people and breaking things. We’re all quite proud of him as an example of airmen at our most humane. He was just a Yank with a big heart who did what he could for kids. Regardless of their nationality, they were just kids to him.

Home with the Armadillo 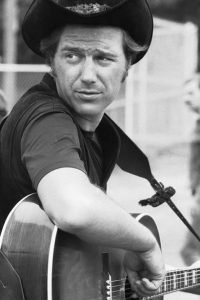 Many of you may not be familiar with outlaw country singer Jerry Jeff Walker. You might only know him as the guy who wrote “Mister Bojangles.” The song is about a down-on-his-luck old hoofer Jerry Jeff met in the drunk tank of the 1st Precinct Jail in New Orleans. He didn’t write the song for Sammy Davis, Jr., but Sammy’s cover and live performances made it familiar to a broad audience worldwide. Their versions couldn’t be more different, but both are excellent.

I first encountered Jerry Jeff Walker when I shared a dorm suite my freshman year with a couple of Texans. As a drinking and music playing buddy of Willie Nelson and Waylon Jennings, Jerry Jeff was well known and popular across Texas.

How I Became Jerry Jeff, Jr.

Of course, my Texan neighbors noted the similarity between my and Jerry Jeff’s names, which meant I needed to listen to all their Jerry Jeff records. I did so and I loved him. Not long on vocal quality, Jerry Jeff made up for it with his remarkably fine lyrics. I’d put him in the same category as our Beach-Bum-in-Chief, Jimmy Buffet, in that regard. In fact, Jerry Jeff and Jimmy collaborated on a very fine song, “Railroad Lady.” They each recorded the tune individually, followed by covers courtesy of everyone from Willie to Merle Haggard. 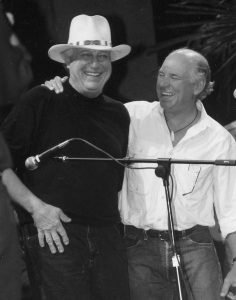 Jerry Jeff did a show at my university, Tulane in New Orleans, during the spring of my first year. One of my Texan friends got a fistful of front-row seats through questionable means. It was a raucous affair featuring equally inebriated audience and musicians. Right before Jerry Jeff came on stage, roadies hauled out a galvanized stock tank overflowing with Lone Star Longnecks. I assure you, there was only melting ice left by the end of the show.

A Nickname That Stuck

Looking back to when I joined the Air Force, it was inevitable I’d be given the nickname/call sign “Jerry Jeff” in navigator school. I didn’t ask for it and didn’t particularly love it. As is the way with such things, that nickname followed me to every base I was assigned to.

The Air Force is much like a small town and it keeps shrinking the longer you’ve been in. So inevitably, someone who went through flight training with me or was once assigned to the same unit would turn up at my new base. It only took that person shouting “Jerry Jeff!” one time over the juke box in the Officers’ Club bar and I was tagged for another three years. It wasn’t worth resisting, so I came to accept and even enjoy being Lt/Capt/Maj/Lt Col Jerry Jeff Walker. I was never a candy bomber, but I became Jerry Jeff for the duration. 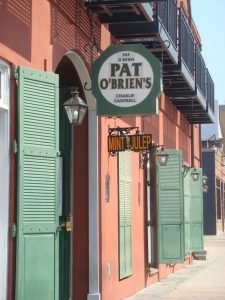 I met Jerry Jeff briefly in person once, during my last year at Tulane. A couple of friends and I were playing hooky down in the French Quarter one rainy weekday, hanging out at Pat O’Brien’s and drinking the afternoon away. We were sitting under an awning out on POB’s famous patio when one of my friends pointed to the outdoor piano under another awning. Pat O’Brien’s had a few house piano players that would play at night on the patio, but the guy plinking out random tunes that afternoon was… Jerry Jeff Walker.

I have no idea why or how he got there, other than Nyah’luns was a special place to him. (It’s where he adopted the stage name Jerry Jeff Walker. He was born Ronald Clyde Crosby in Oneonta, New York.) He was alone and, like us, many drinks into his afternoon. We ambled over to listen and he stopped after a bit and gave us a beery smile. I told him my name was Jeff Walker and he chuckled a little, got up, and headed for the bathroom. He must have snuck out, since we didn’t see him again.

Time Moved On for Both of Us 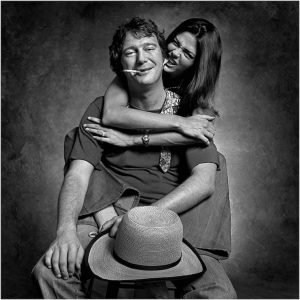 I grew up, got married, had some kids, flew some airplanes, but that nickname stuck. I saw a TV interview with Jerry Jeff some years after I graduated—on Johnny Carson, I think. If I recall correctly, his wife, Susan, had given him an ultimatum about his boozy ways. He’d dried out and was somewhat begrudgingly extolling the virtues of carrot juice and healthy living.

It must have stuck, because they stayed married 47 years until his death last week. Probably a good thing she laid down the law, since Jerry Jeff was definitely a High-Mileage Model. I doubt he’d have lived to 78 had he not curtailed his bibulous ways. (In this regard, we two were as similar as our names, I’m unashamed to admit.)

I still love Jerry Jeff’s lyrics. My favorite song has to be “L.A. Freeway,” but he wrote so many other keepers. News of his death was therefore bittersweet. He and I had a long standing connection of which only one of us was aware. But I share with thousands of others a musical connection to Jerry Jeff that we’ll take to our own graves. Just like our admiration for the Candy Bomber, Hal Holverson.

Strange how these two events—a milestone birthday for the Candy Bomber and the passing of my name-mate Jerry Jeff Walker—added a little normality to this far from normal year.