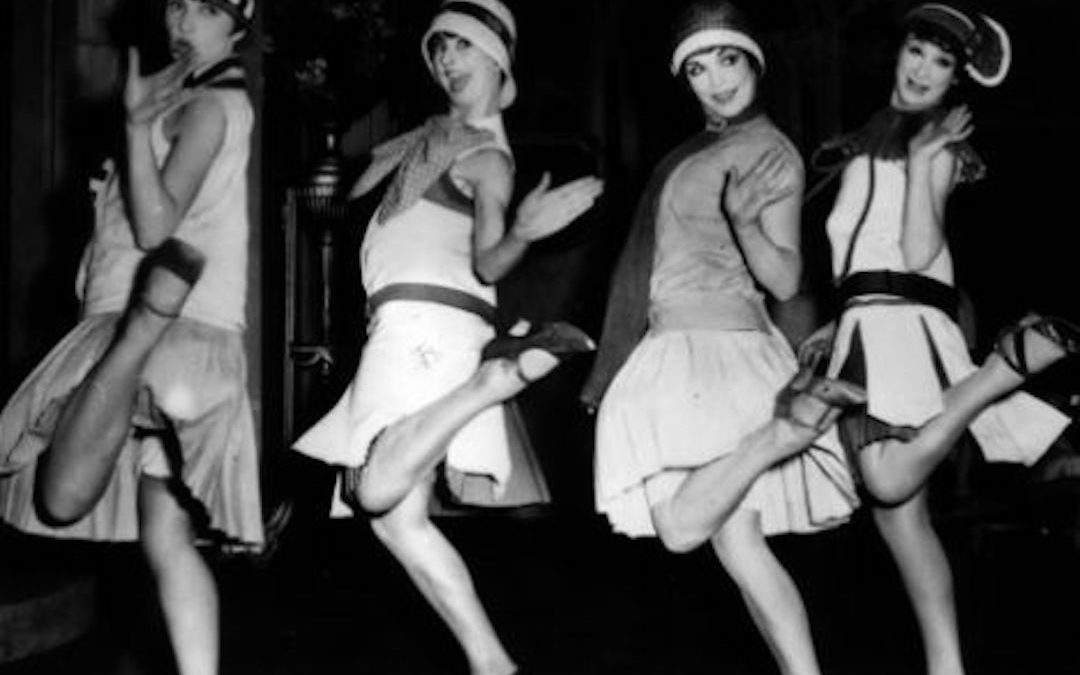 My second novel, Truly Are the Free, is coming out on the 30th of November, which has me rather stoked. I put the first word of the book down on paper—or in electrons, as is The Modern Way—the 29th of September last year, so I’ve been living with this particular set of characters for 14 months. I’m told that isn’t very long in the Big Writerly Scheme of Things, but it seems a geologic epoch to me some days. Still, I feel a little sad setting them loose in the wild, considering they’ve been my private playmates for so long.

One of the unexpected pleasures I got from writing Truly Are the Free was an excuse to wallow in two very interesting places during the 1920s: Jazz Age Harlem and avant-garde Paris.

These two remarkable moments in time were born from the personal, cultural and social devastation of the First World War. I’ve written before of how the Great War upended the smug Victorian assumptions about the inevitability of social progress and the universal beneficence of scientific and technological progress. After 51 months of mindless destruction that crushed both body and spirit, the resulting rejection of all the arrogant assumptions that sleepwalked Europe, and inevitably America, into the sausage grinder of the Western Front would have to be severe and earthshaking.

The 1920s threw open the doors and windows and allowed all manner of disinfecting light, bracing fresh air and strange new sounds into the fusty, musty rooms of Europe and America, spilling out to all corners of the world.

Paris had nearly suffocated under its crushing four-year load of fear and deprivation. It was primed for a release and it would have one. Parisians were dying for diversion, for some hedonism and frivolity after the harsh sacrifices demanded of them by the War. And with a quarter of their young men gone, another quarter deeply scarred physically and emotionally, Paris was in great need of some forgetfulness, too. 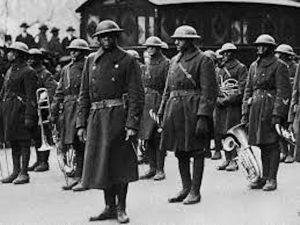 There is an interesting thread connecting Harlem and Paris in this period. By the kind of serendipity only the vagaries of war can produce, one of the American’s “colored” regiments that came to France’s rescue in 1917 had been recruited in Harlem and brought with it a regimental band stuffed with some of the best and most innovative young musicians that section of Manhattan had to offer. And they were all skilled in ragtime and the emerging new jazz sound. The band of the 369th U.S. Infantry—Harlem’s Hell Fighters—has a cameo role in Truly Are the Free, with one of the more important supporting characters pulled from its ranks for my narrative purposes.

There was nothing that characterized avant-garde club-and-cafe society better than the Parisians’ wild embrace of American jazz and the black musicians, singers and dancers who purveyed it. It was the soundtrack to the wild, exuberant, over-the-top life of Paris in the ‘20s. Of course, jazz was a defining feature of post-War Harlem as well. Because of its proximity to the center of wealthy white society just the other side of Central Park, Harlem quickly became much more than just a vibrant African-American enclave of New York City. Fashionable young white men and women thronged to the new music clubs and small “buffet flats” that sprung up like mushrooms throughout the tightly packed four square miles of Harlem, all efficiently extracting copious amounts of money from the white patrons who came “slumming” by the thousands. Along with the music, all manner of diversion was on offer: prostitution, gambling, reefer, and of course oceans of bootleg liquor.

One of the major differences between Harlem and Paris was this overlay of unlawfulness that the imposition of Prohibition brought in its wake. There was never a more epic failure of law enforcement in modern history than America’s ludicrous experiment with creating a dry nation, resulting in little more than opportunities for colossal gangster riches and rampant official corruption. But in the hundreds of speakeasies that permeated Harlem, the Volstead Act added another delicious taste of forbidden fruit to the already taboo-flaunting mingling of the races. It made for a heady mix—one that I gleefully depict in Truly Are the Free. 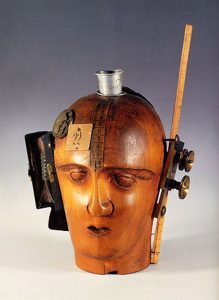 The wild over-the-top license granted to the artists of Paris by the rejection of all the old rules and constraints produced some startling results. Although the seeds of avant-garde visual and performing art were sown immediately before and during the Great War, the end of the conflict harvested an explosion of new forms and methods. And at the very leading edge of this artistic upheaval stood the Dadaists.

They were a strangely self-aware bunch, the Dadaists. They formed and christened themselves in neutral Switzerland during the War, only to break out and spread across the continent and beyond to France and Germany and New York even before the shooting stopped. With evidence of what Dada artists saw as the collective homicide of eight million human beings laid out before them, they made their protest against what they saw as the tragic failure of modernity and capitalism by taking their stand against the rules, the conventions, even the idea of art. They defined themselves as anti-artists. This led to some interesting results. One famous Dada installation in New York City consisted of a single piece of the latest technology in… urinals. Other Dadaist works included collections of artificial limbs pieced together in provocative ways. Some were comprised of random words cut from newspapers and pasted together. You get the idea. 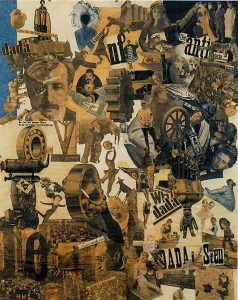 As a full confession, I initially chose to incorporate Dadaist characters and events in my new book to tweak the noses of my children. We were living in Washington, DC, in 2006 when the National Gallery of Art staged one of the grandest exhibits of Dadaist works since the 1920s. Kay-Kay and I decided this was an Important Cultural Event and dragged the kids along to Broaden Their Horizons. Well, it broadened something—they uniformly loathed it. I vividly remember standing in a small listening booth with my daughter, Peanut, then 22 years old, listening to a recording of Dada poetry. It consisted of some guy with a very nasal voice saying, “Sproing! Ga-goo-ga-greeeeeep! Onga-oonga-wooooooootie! Sproing!” Or sounds to that effect. I have never seen a more puzzled yet horrified look on my beloved little girl’s face. Dada thereafter became something of a running family schtick. 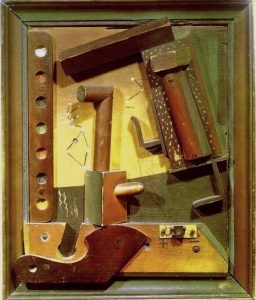 You see, if you’re creating anti-art, anything can become art. It’s all in the context and the viewer’s emotional and subconscious reaction to it. As a result, the Dadaists invented methods still in wide use, mostly in the K-3 grades of primary schools, like collage and photo montage and gluing random stuff to construction paper like macaroni and googly eyes. Alas, being in the anti-art business was a tough lift to make and still remain, well, artists. By 1924, the Paris Dadaists had very publicly declared themselves dead and fragmented into surrealists like Salvador Dali and his limp clocks or Socialist realists or kindergarten teachers. (I may have wistfully imagined that last one.) But their short life as an artistic movement laid the foundation for all the sub-genres of Post-Modernism. 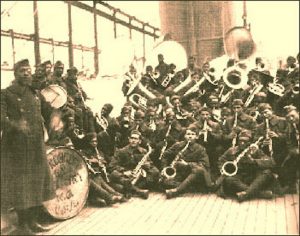 Jazz, on the other hand has endured much more intact. Sure, jazz has evolved from the exuberance of its ragtime-fueled early days, but the old stuff is still widely played by musicians and loved by fans around the world. It shares, however, an enduring primal connection with the Dadaists. Both forms of art were born from the freedom found in rejecting old, stale, and failed rules, norms, and methods, brashly grabbing at something entirely new and confident and bold. This is what drew me to them and convinced me to write them in Truly Are the Free. It was a wild pleasure and a deep honor to live for a little while in their world.

Truly Are the Free will be available in ebook and print on the 30th of November through Amazon, Barnes & Noble and Kobo.