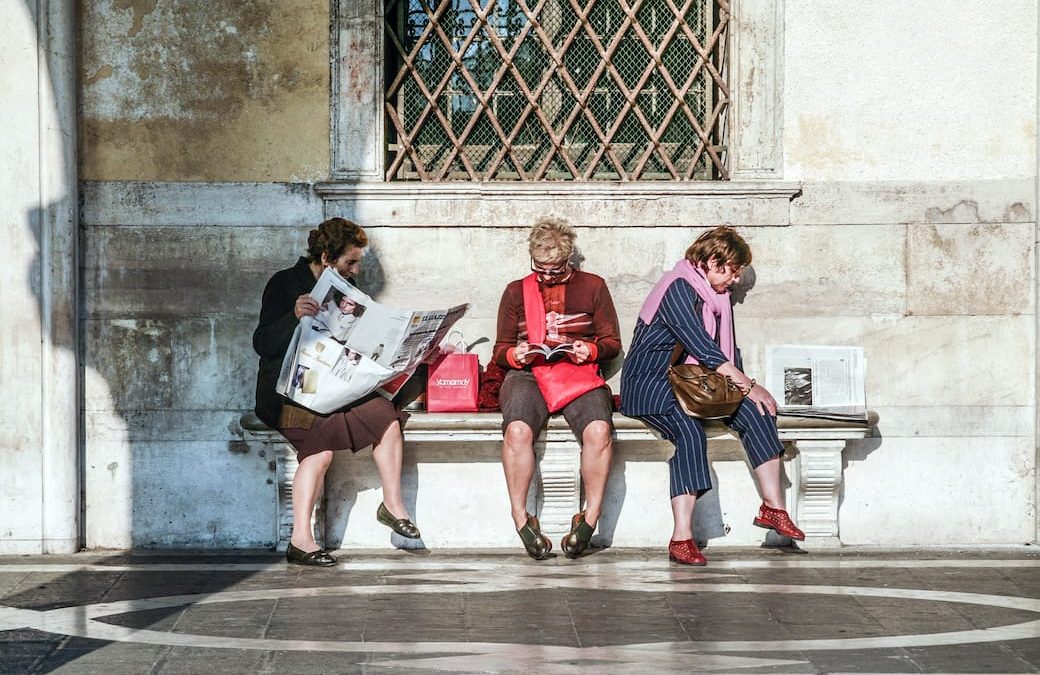 I’ve written before in my blog about the three years I lived in Italy. These blogs have included, inter alia, the Feast of the Epiphany, Italian courts, trains, and (goes without saying) gelato. I’d like to dedicate this post to our memorable Italian neighbors.

Let me state something emphatically up front. Italians are just like Americans. Except when they aren’t. Which is very, very often. 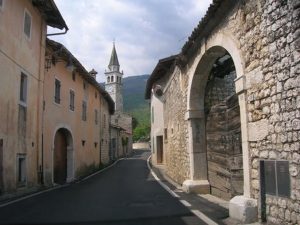 We lived in a great house at the back of an Italian village up against the foothills of the Italian Alps. It had several hundred year-round residents. This was supplemented by approximately a gazillion expatriate children, shirttail relatives, and vaguely affiliated hangers-on-in-laws during the month of August. And there were a lot of Americans like me, assigned to the NATO airbase four miles away.

Here’s a curious thing. 80% of the (non-American) population of our picturesque village of Bucolica, had one of only two last names. You could be a Zabaglione or a Bastafortuna. That was it. Pick one.

Don’t get the idea these were some sort of Hatfield-McCoy feudish clans. They’re well intermarried, like many centuries of intermarriage. The few times I inquired regarding relationships among the Bucolichese, the ensuing 45 minutes were more opaque than the Nature of the Trinity. Or maybe String Theory. And I speak decent Italian. 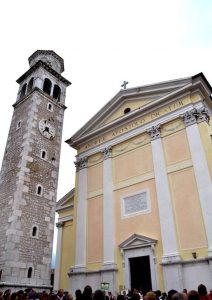 For example, our landlady was a Bastafortuna. Since she had lived her entire adult life in Milano, our Go-To Guy for all things house related was one of her cousins, Corrado. He was a a Zabaglione, who had come back to Bucolica after a thirty-year career as a marble mason in Paris. His daughter spoke Italian with a pronounced French accent, to the eternal shame of her mother. Who was also a Bastafortuna.

Corruption Is In the Eye of the Corrupter

Corrado Zabaglione was a very jolly guy with broad shoulders and island-sized hands, exactly what you’d expect in a retired marble mason. He also had a harmless (as far as I know) yet very useful crush on my wife, Kay-Kay. I loved Corrado. He was bigger than life.

Keeping in mind I was both an Air Force officer and an attorney, Corrado never quite understood my fastidiousness about petty corruption. He asked me probably two dozen times if I would fill our gasolio (heating oil) tank more often than necessary so he could siphon off half. He’d always offer to pay, mind you. You see, under the NATO Status of Forces Agreement, I got my gasolio tax free. And taxes on all forms of hydrocarbons were and remain very high in Italy.

I explained to Corrado two-dozen-and-one times that this would be a crime for which I would be severely punished. He’d laugh his hoarse belly laugh and slap me on the back, not in the least offended. Then he’d repeat the same conversation two weeks later, with the same result. It became something of a ritual between us, a kind of bro’ bonding experience. He thought he was going to wear me down. 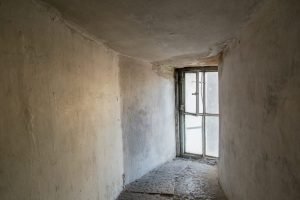 A cultural-realty note is required here. When you rent a house in Italy, you get… a house. Specifically, an enclosed box that keeps out the weather. Inside you get nothing. I had to ask which echoingly empty room was the kitchen. Literally nothing—no cabinets, no sink, no appliances. Bathroom? All you got was a tub. Toilet and/or bidet? About 50/50 whether you got a plumbing fixture or a hole in the floor with a rag stuffed in it. As a result, the renter is responsible for installation, replacement, and maintenance of anything we pampered Americans would call “fixtures.”

How repairs got done at our house in Bucolica was always interesting. Whenever anything broke and required some sort of tecnico to come fix it, we never quite knew who was going to show up. Or when, although invariably on a weekend. Case in point is when our bruciatore broke.

We don’t have bruciatori in America. It’s a combined furnace and hot water heater. Kinda cool really, although it confused the heck out of me. When we first moved in, I spent two solid hours looking for a hot water heater, until Corrado happened by to disabuse me and have a huge laugh at my expense. 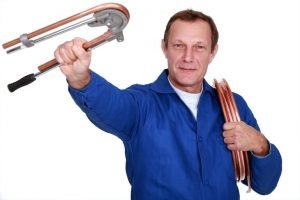 This required a plumber–un idraulico–one would think, sì? What we got on Saturday was… an accountant. Seriously. His qualifications were: a) his father had been a plumber for many years, and b) he was a Bastafortuna cousin of Corrado and our landlady.

I had a nice chat with this guy, which is how I found all this out. Of course, there’s a plumbers’ union, much more radical than any American plumbers’ union. As in Communist radical. This did not seem to concern Mister Accountant (Signor Contabile, for those following the libretto). I’m not sure how or even if he was being paid, to be honest. And this brings me to another problem with my Italian Neighbors.

Nobody will ever talk about money. It’s considered extremely impolite, even gauche, to mention filthy lucre. So here’s how it went when I asked The Accountant how much The Bruciatore Job was going to cost:

Me: Thank you for the excellent work. Can you give me some estimate as to how much this will cost me?

Accountant: Oh, not to worry. I’ll make a good price.

Me: By “good price” (buon prezzo), we wold be talking… say how much?

Let me remind you I was trying to get an estimate on a major plumbing job here. From an accountant.

Kay-Kay and I waited in a state of periodic financial panic for a bill to arrive. We had no idea what to expect. 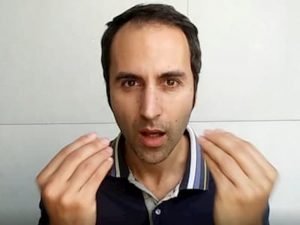 I asked a few Italian colleagues—no way was I asking anyone named Zabaglione or Bastafortuna, since word would have traveled at the speed of heat through the winding streets of Bucolica. My colleagues would generally make that Italian lemon-sucking lips face and shake their heads. “Piuttosto caro” (rather expensive) was the general response, with accompanying tongue clucking and soulful looks of pity.

However, I failed to appreciate two things. First, Italians love, Love, LOVE to share in adversity. So much so that they’ll create adversity even where there isn’t any. Italians turn off their car engines and get out to smoke together and shake their heads at their collective misfortune any time they get stopped at a railroad crossing, for crying out loud. That is no exaggeration.

Second, what an Italian considers piuttosto caro and what and American thinks of as “rather expensive” is several miles apart. The bill arrived five months later—another endearing characteristic of the Italian race being procrastination with all forms of paperwork—it was $600. 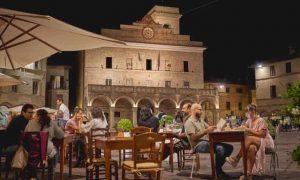 At least in small-town northern Italy, anyone who has a 23 & Me genetic connection to a village comes “home” for much of the month of August. They just do. I have no other explanation. It’s like homing pigeons or those dogs that get lost on a family vacation and somehow find their way home from Yellowstone to Connecticut.

So in August, the strings of lightbulbs go up in front of the church and the bacci court gets cleaned up and the piazza is buzzing with crowds of people every night. Everyone turns out for an evening passegiata, even old Grandpa Zabaglione, who the kids often encountered when he was urinating in the garden while they were on their way to catch the school bus. All very festive. 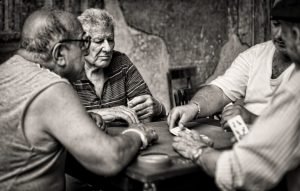 During one such August, some American friends hosted a genuine Yankee-type cookout and invited their landlord and various Italian neighbors. I had encountered an interesting plaque at the end of a cul-de-sac when out running one morning. It memorialized a couple of Zabaglioni who had been gunned down on that spot in 1944 by the Germans. Since I was sitting with a couple of the older neighbors, I mentioned the plaque. Of course, they knew the whole story.

Turns out the two gunned-down partisans were older cousins of one of the neighbors. The neighbor explained that when Italy surrendered in 1943 and the Germans occupied Italy, the family elders called a meeting. The agenda was “are we fer ’em or agin ’em?” They decided the latter. The men and teenage boys headed for the hills to form a partisan band, leaving the women, children, and old men behind. 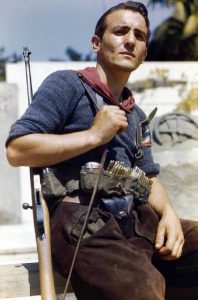 The partisans would send a couple of people down to the village to pick up supplies and trade intelligence about the Germans. One night, a pair got very unlucky. He added they had another cousin who was hung in front of the cathedral in the town a few miles away. He had learned to speak German as a waiter in Munich before the war and was hired as an interpreter by the Gestapo. This was a job he held until the Germans discovered he’d been passing information about them to his cousins in the hills from Day One. He had a plaque in the pavement of the town square, too.

I asked the other old cousin how his war went. He’d been a little too young to go to the hills with the others and stayed in Bucolica. He said they’d lived through the winter of ’44-’45 eating almost exclusively polenta and roasted acorns.

He added, “I really hate polenta.”

One postscript. A few weeks before we were set to return to the US, we received a water bill. We had never before seen one, so had long assumed it was included in the rent. I mean, a water bill, right? What could it be, $10 or $15 a month?