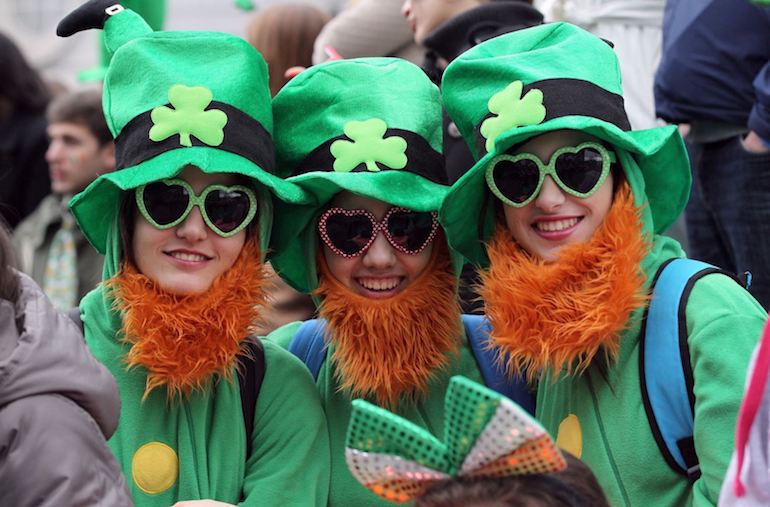 There are few Something-Americans who enjoy their hyphen more than we Irish-Americans. And there are So Many Of Us on St. Patrick’s Day, right? Well, it turns out the single largest ethnic group among Americans is… German. This rather surprised me, mostly because German-Americans don’t usually make much of a fuss about their hyphenation. I’m guessing this has something to do with a couple of wars last century when the Cousins Back in the Old Country… errr, Vaterland… well, I don’t need to beat that dead horse. 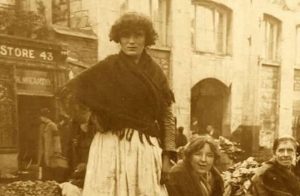 It’s settled then that the Germans are #1 <cue audible groan from English/ Brazilian/ French/ Italian soccer fans> in the USA. We Irish-Americans are #2. Not too bad for a country one-sixteenth the size of Germany. Or maybe it’s really, really bad, since it took a famine to reduce a country of 6.5 million people to 3 million. About 1.5 million of that loss is attributable to emigration, of which a little under a million came to the United States. The rest of the loss consisted of people who died either from Famine or its fellow apocalyptic traveler, Pestilence. 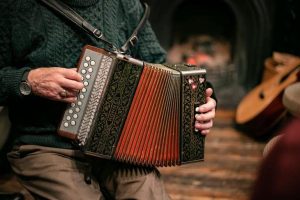 Which means our second-place finish in America required denuding the Old Sod of about 15% of its people. It’s taken Ireland’s population all the way until now—that would be 160-odd years, so stop scrambling for your calculator app—to recover its pre-famine level. And this was with a bunch of Catholics who couldn’t use any form of contraception. Other than the “Rhythm Method” or the much more effective “Whisky Dick Method.” When me and KayKay spent a month in Ireland a few years back, I became convinced 90% of this population growth consists of 20-something Polish hotel clerks and pub waiters. Ahh, the European Union.

So second place for the Irish—“We’re No. 2! We’re No 2!”—except on That One Special Day Every Year. You know where this is going. 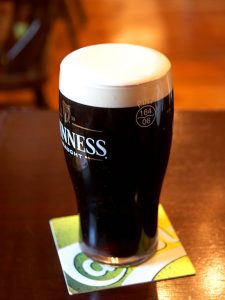 The old wheeze about “everybody’s Irish on St Patrick’s Day” contains, like most old wheezes, a nugget of truth. Back in my little hometown of Skeeterville, the Irish-est organization was the Sons & Friends of Erin. This was a group closely aligned with the Knights of Columbus, of which my father was a 4th Degree Knight. Which meant he had a dull sword in the back of our coat closet that was Never Used for Anything.

The S&FE didn’t go in much for charitable fundraising or civic virtue. Their entire raison d’être was to do silly green things while consuming very large quantities of alcohol on the 17th of March. What I remember most clearly—and after the age of 13, it was increasingly difficult for me to remember much of anything from that day—was that a couple of the most loyal and active members were 1) a Lebanese lawyer and 2) the only Latino guy in town. At least he was married to an Irish Catholic. So the Sons & Friends put a lot of emphasis on the “Friends” part.

Why is it that we’re so enthusiastic about wearing hideous green accessories? Putting on horrendous “brogues,” a term the Irish Irish actively loathe. (They also heartily dislike “begorrah,” which does not actually exist in the wild in Ireland.) Why do we adore singing old ditties written by English music hall or Jewish vaudeville lyricists? (I’m looking at you, “Danny Boy”.) Songs for which nobody knows any of the words after the first verse? Oh yeah, maybe it’s because we get to drink a lot. An Awful Lot.

How the Irish Became White 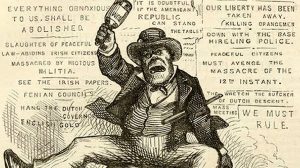 But it isn’t like all those Upstanding American WASPs (c. 1849) saw the half-starved Irish staggering off the boats and said, “Wow, these guys are The Coolest Dudes Ever! I want to party with them.” Kind of the opposite, actually.

The somewhat controversial but so-fun-to-read critical race theorist/historian/Marxist-Lenist Noel Ignatiev wrote a book back in 1995 entitled How the Irish Became White. Comrade Ignatiev makes an interesting point about the malleability of race as a social construct. For a lot of years, the recently arrived Irish were literally considered Not Exactly White. (The English had no better opinion. Check out the standard apelike depictions of the Irish in cartoons from London magazines of that era.) 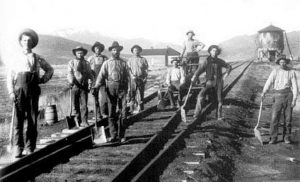 In New Orleans, a place I know something about from my college days, the Big Infrastructure Project of the 1850s was draining the adjoining bayous and their attendant yellow fever-bearing mosquitoes. This allowed for expansion of the city and improved its inhabitants’ overall well-being.

This was backbreaking and unhealthy labor, so the Leading Citizens weren’t too keen on using their expensive slaves for this kind of work, since the mortality rate on these projects was really high. The easy alternative was to hire new Irish immigrants at the unheard of wage of like $1 U.S. dollar/day—more money than most of those poor Micks could ever imagine earning.

Wearing of the Green

That most of them died within 30 days from one of a smorgasbord of swamp fevers didn’t much matter. There were always more arriving. New Orleans is still a surprisingly Irish city, considering the mortality rate among these canal diggers and the French-ish zeitgeist. The St. Patrick’s Day parade in NOLA is a great last-gasp of Mardi Gras, complete with elaborate floats from which are thrown cabbages, carrots and potatoes. Seriously. 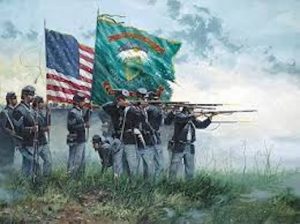 It took the Civil War (with its overhyped Union Irish regiments) and the new urban political machines grubbing for votes to finally gain the Irish grudging admission into the Caucasian race.

So where did the everybody-is-Irish-for-a-day attraction come from? I suspect it’s because Americans have always gone all sentimental over one archetype above all others: the long-suffering underdog who can’t admit he’s licked and keeps coming back for another ass-kicking.

We Irish perfected this tragicomic rôle long ago, starting about the time the Normans opened their franchise operation in Ireland just a few years after embarrassing the English at Hastings. The Irish embraced this—for eight centuries, mind you—with the whole rising-every-generation thing and that goofy Notre Dame angry leprechaun mascot.  However, once our Irish-American ancestors figured out they had enough votes to control most big city governments, they commenced to throwing really huge street parades and all day swill-fests every 17th of March. Just.because.they.could. 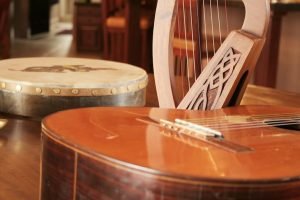 In Boston, oddly enough, this is known as Evacuation Day—the day the Brits pulled out in 1776. And don’t even try to tell me some Irish Mayor of Yore didn’t send one of his flunkies down to the Boston Public Library with instructions to “find me something secular that happened on St Patrick’s Day, boyo!” The rest, as they say, is history.

St Paddy’s is a strange sort of holiday, to be sure. It really wasn’t much more than a second-string feast day back in Ireland until the last few decades when the craziness has been re-exported back from America.

But in a broader sense, it’s a 100% American kind of party. It represents, after all, a celebration of a people who Made It Here. Who arrived as unwelcome refugees from famine, strangers in a strange land, and through their annoying stubbornness and a lot of fortuitous circumstances—that vaunted Luck of the Irish—clawed their way to full and equal status within American society. 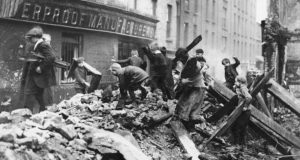 There’s a lesson here, I suppose, maybe all the more so in our Current Political Environment. Or maybe Americans of all stripes just like a really good drunken party and can just barely stand to eat overcooked corned beef and limp cabbage once a year, as long as it comes with a lot of green beer.

Either way is fine by me.

Erin go Bragh and all that…

What are your thoughts about the Irish in America?