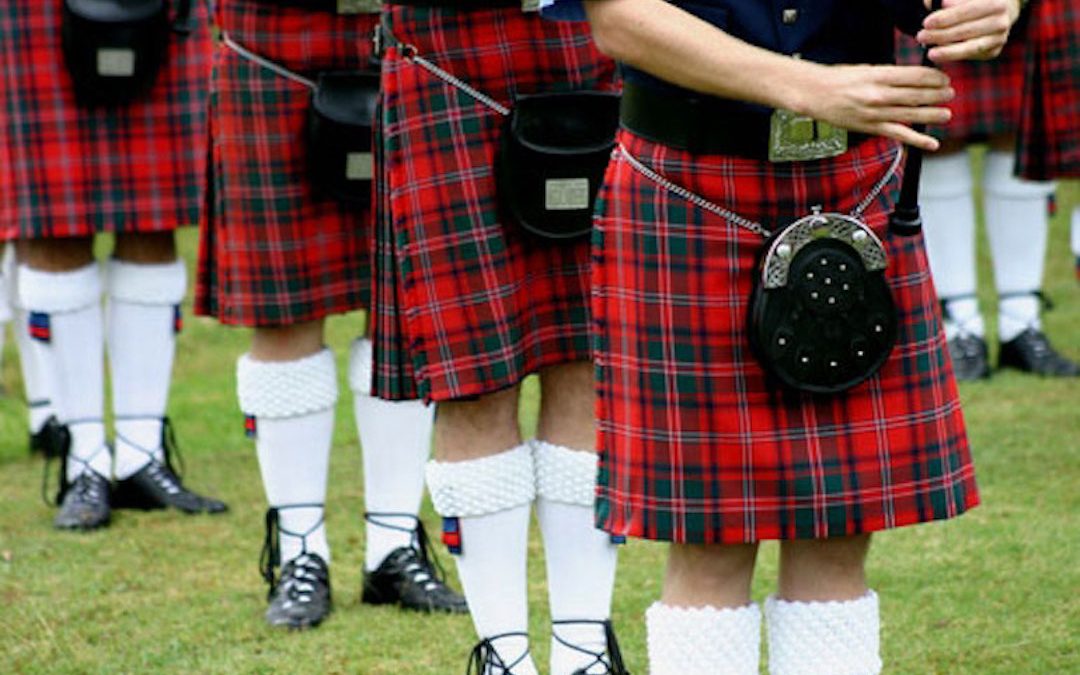 Americans have a long and persistent habit of hyphenating themselves. Polish-American, African-American, Taiwanese-America. I’m Irish-American or Scottish-American, depending on the nearest ethnic holiday or who’s buying the drinks. 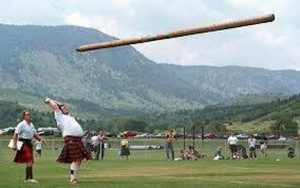 I took a day off from Writing Important Stuff to head over to the NASCAR track in Richmond with Kay-Kay. This was not for stock car racing, but rather for the Central Virginia Celtic Festival & Highland Games. Come to think of it, “highland games” and “stock car racing” may have more in common than you’d think at first blush. Both quite obviously originated from drunken dares, right? (Hamish: “I’ll wager ye kinna heft that fallen pine tree o’er there ‘n toss it end-over-end!” Angus: “Ach, hold ma whisky!”)

So there we were, my long-suffering (Polish-American) wife once again awash in Celtic-ness. I have a LOT of Celtic genes—both Scottish and Irish—which makes me, I assume, a cheap drunk. Kay-Kay did know what she was getting into, lo these many years ago, since we met as university students in Scotland. We spent that first year together warming seats in pubs and doing a lot of highland dancing at university balls.

As for me? Well, these are my McPeeps. Or at least my hyphen-mates. I proudly hold myself out as an Irish-American and Scottish-American. (NOT Scotch-Irish, mind you, as that is an entirely different thing. Check out Jim Webb’s excellent non-fiction book, Born Fighting, for that particular Celtic-American variant.) 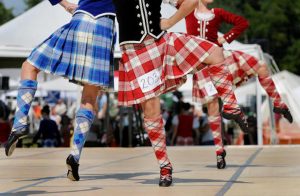 My second novel, Truly Are the Free, contains a lot of African-American characters. Since writing that book, I’ve thought a lot about Hyphenated-Americans. I’ve written before of how I struggled writing characters from a racial group different from my own and surely will do so again. But today I want to consider ethnic differences among European-Americans. As Wanda Sykes says, “Sounds so much nicer than saying White people.” I’m a tribal member, so was wondering how we view our hyphens. 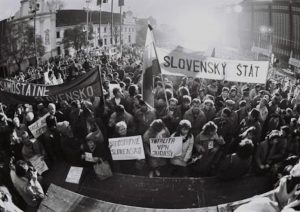 Having lived in two European countries for a total of four years of my life, I can assure you Europeans don’t do this very much. This is not to say there aren’t nationalist movements with which many people identify. One need look no further than developments in Spain or Scotland or Belgium. The Czech Republic broke up into two ethnically-defined states not so long ago. I had some agonizing personal experience in Bosnia back in the ‘90s as to how ethno-religious identity can rip apart a European nation. In Europe, however, it’s mostly about political power. That’s what the Catalans are after in Spain, as are the Scottish Nationalists. Belgium has the same simmering problem between its Flemish and Walloon populations.

In the USA, however, ethnic identification among White Americans has long been more culturally and socially based. This is not to say there haven’t been strong political elements. The big city Irish bosses and their political machines in New York, Boston, and Chicago were proof enough. But most White ethnic identification has been a result of self-protection and self-sufficiency. As each wave of new European immigrants washed up in America, the new arrivals immediately became the Latest Underclass facing the accumulated weight of discrimination as each older immigrant group became Americanized. They simply needed to stick together since it’s been a long tradition that other earlier-arriving ethnic groups quickly adopted an at-least-we’re-not-like-those-X attitude.

The Dark Side of Hyphens 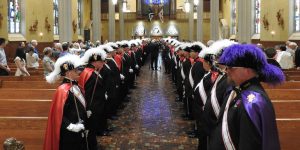 Clearly, our propensity to hyphenate ourselves has a seamy underbelly. On the other hand, ethnic identification also allowed for solidarity and self-help within ethnic groups. When the then-powerful Freemasons discriminated against the Catholic Irish, the Irish started the Knights of Columbus—basically their own Freemasons. (And I’m the son of a 4th Degree Knight.) The Polish-Americans created a nationwide network of Polish groups. The Greeks, the Italians, the Swedes all did very similar things. 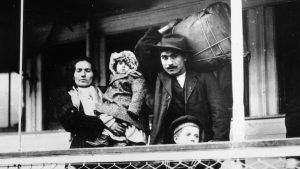 In Skeeterville, my little hometown of 12,000, this led to the peculiar result of a place that probably deserved one Catholic church having four parishes. We had one for the Irish (the first Mass for which was said in my great-great grandparents’ living room) and one for the Germans. Also one for the Slovaks and one for the Poles. Crazy, right? The bishop has since collapsed these into one parish in the face of shrinkage (population) and shortage (priests). As a result, my (Irish) mother’s funeral was held in what was the Slovak church. Funny thing. Sitting at her funeral, I noticed a plaque on the communion rail. It was a memorial to a monsignor and former pastor. In the ’40s when Mom was in high school, this pastor drove over to demand my Grandpa order his daughter to stop dating his good Slovak boys.

By my high school days, we’d learned to mix with little acrimony amongst the Other Hyphens, since we only had the one high school. There were three Catholic grade schools, the Poles not being able to afford their own. This easiness was not so true in my mother’s day. 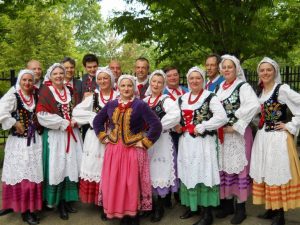 As a kid, the highlight of every summer was the July Polish National Alliance picnic. I mean EVERYBODY went. It’s where I learned to polka, ate a lot of kielbasa, and drank a lot of surreptitious beers. I believe my brother was first entranced by his Wife of Very Many Years during a polka at this annual shindig. These were epic parties, since I recall at least one person dying each year at the PNA picnic. I assume this was from a surfeit of heat and/or polkas and/or kielbasa.

For many years—really most of the 19th and 20th centuries—our hyphenations were another thread of community connectedness. It was a group we joined at birth. It added to the social ragout comprised of all the other things we joined along the way. A union at work, a softball team, a parish, a fraternal organization, one of those annoying barbershop quartet groups, whatever. And this multi-stranded connectedness added resiliency and durability and inclusiveness to our body politic, certainly at the local level.

We were connected to lots of other types of people in lots of different ways. In my Skeeterville where I came up, if you worked at the bottle house, you were a member of the Glass Bottle Blowers of America along with every kind of hyphenated coworker. Maybe the same bowling league. And you probably hung out together at one of the taverns lining the street near the factory entrance, too. 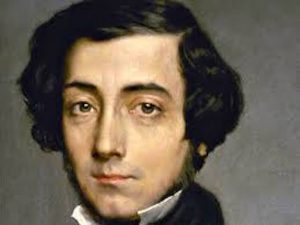 This was long an American characteristic, our almost compulsive joining of groups. Alexis de Tocqueville, a European-European, was fascinated by this and wrote in his landmark work Democracy in America:

This is how I remember the America of the ‘60s and ‘70s while I was growing up. I don’t look at this as some Golden Age of Wonderfulness—I remember the bitterness of the Vietnam Era, too. But there was a palpable sense of connectedness that relieved a lot of day-to-day anxiety. 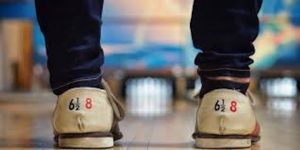 What’s happened since then? A Guy Much Smarter Than Me, Robert Putnam, wrote about this move away from association in America since the Reagan years in his remarkable book, Bowling Alone. Putnam detailed how Americans in survey after survey bemoaned not feeling civically connected anymore. There seems to be a lingering desire for the kind of connectedness I recall from my youth, but we as a nation are struggling to remember how.

Maybe where we find ourselves today, at this incredibly anxious moment in our history as a nation, might lead us to find a cure in volunteer organizations, church congregations, even bowling leagues. But we have to reach across our hyphens to reclaim that connectedness.

Not that there isn’t a limit to my own hyphenated-allegiance. At the Richmond Celtic Festival I tried something that could have only been conceived by the mind of a Scottish-American: smoked haggis. Although I boldly defend haggis to all who heckle it as sheep entrails and other offal, I’m here to tell you that smoked haggis is really, really wretched stuff. Suited only for being washed down by an authentically Scottish deep-fried Mars bar.