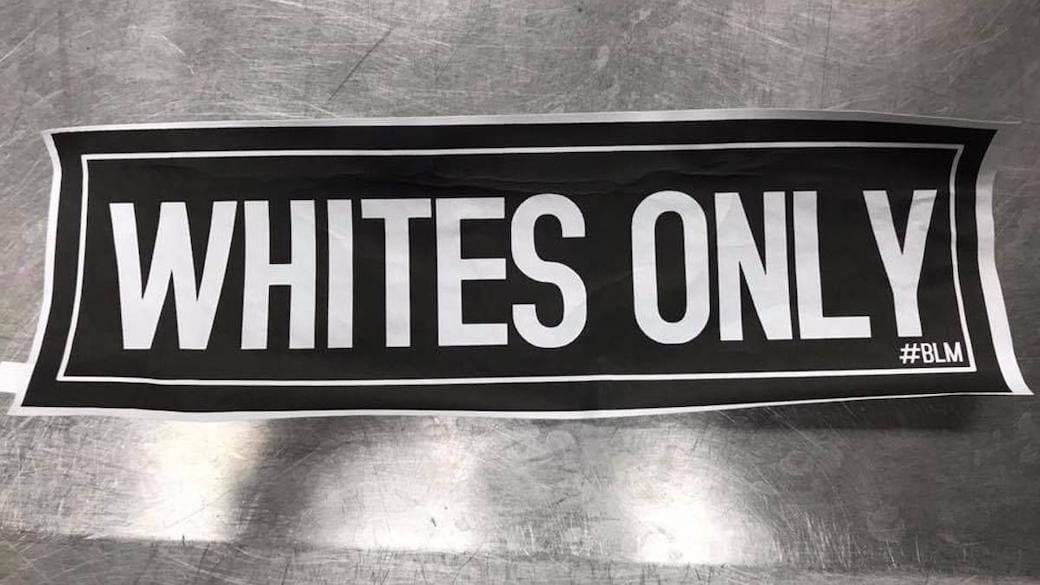 There, I’ve said it—and I’ll argue, debate, fight, challenge to Corn Hole, and/or Be Very Unpleasant with anyone who disagrees with me on that. 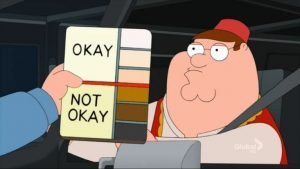 Also, I benefit every day I continue breathing from White Privilege.

There, I’ve said that, too. For anyone who disagrees with me on this, see above. Except I’ll probably challenge you to Whack-a-Mole gather than Corn Hole.

As a result of my Yankee White Privilege, even at my ever-advancing age I’m still often surprised by Racist Nonsense. I shouldn’t be, I know, and I’m working on it. 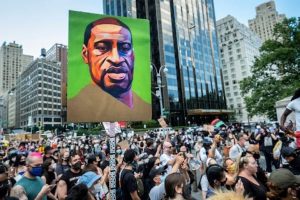 I’m shocked that I can still be shocked. Even after all last year’s protests, all the unwarranted police shootings of Black Americans, all the totally justified righteous anger radiating from so many—I was stunned last week. Twice.

I used to live in Louisiana and did a lot of growing up there as a university student. Admittedly Nyah’luns is a special category of Louisiana. It’s fun, all the time. Also, it’s very Catholic. These combine in a magical synergy known as Mardi Gras. But I’ve had an enduring special place in my heart for Lou-zee-ann-ah writ large.

After this week, not so much. 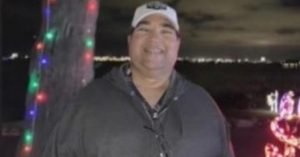 The Washington Post ran a story on the death and burial of Darrell Semien in Oberlin, Louisiana. Or should I say attempted burial. A little about Darrell and his widow, Karla.

Darrell was a retired Allen Parish sheriff’s deputy, living in Oberlin, about 100 miles due west of Baton Rouge. He and Karla raised a family of seven kids. And over the years cared for more than 70—that’s SEV-EN-TY—foster kids. They’re what anyone would call an Upstanding Family.

They were also a mixed-race couple—Darrell was Black, Karla is White. Her husband wanted to be buried near his beloved family home and the sheriff’s office where he worked, so his wife selected a lovely gravesite in a Baptist church’s cemetery just outside the town limits.

This Is Even Still a Thing?

A reminder that the following scene unfolded in 2021. 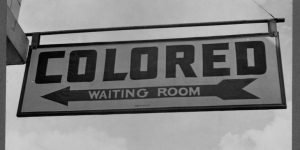 When Karla and her biracial kids arrived at the cemetery, the octogenarian overseer of the cemetery eyed the Semien’s clan and blabbed, “Oh, we’re going to have a dispute. We can’t sell you a plot. This is a Whites-only cemetery. There are no coloreds here.”

A reminder that the preceding scene unfolded in 2021. And coloreds?!?!

The church’s cemetery board has, now that this has become a Major Public Embarrassment for them, inevitably expressed how “shocked and ashamed” they are. The chair added he was totally unaware the cemetery even still had race-based restrictions in its contract covenants.

The Chairman added that the racist overseer is, you know, kinda old. And, it goes without saying, kinda White. For a little added incredulity, what they’d call in New Orleans, a racism-apologist lagniappe.

I presume this is relevant because, you know, we should give OLD racists a pass?

The cemetery was opened in the 1950s while ol’ Jimmy Crow was still ruling the South. Not surprising to find a Whites-Only covenant. It was even then, however, already unlawful.

In 1948, the U.S. Supreme Court struck down racially restrictive housing covenants in St. Louis as violative of the Equal Protection Clause of the 14th Amendment. In the case of Shelley v. Kraemer, Chief Justice Vinson, a Kentuckian, wrote an opinion that has remained good law ever since. For the last 73 years, racially restrictive covenants pertaining to real estate have been void as against public policy.

Don’t think anyone would argue that this doesn’t apply to your Final Real Estate, too.

And If That Wasn’t Enough

I was nauseated reading the story about the Semiens. How in this day and age anyone should be subjected to such inexcusable and unapologetic racism at such a vulnerable time is beyond me. (But see, My White Privilege, supra.)

However, the WaPo was not done outraging me last week. Oh no, not in America. But first, a little background is in order. 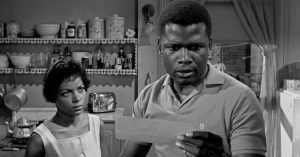 One of the most tenaciously fought legal battles of the Civil Rights movement involved institutional segregation in home ownership that persisted even after Shelley v. Kraemer. Although the Supreme’s made it clear courts would no longer enforce written racist covenants in real estate deeds or contracts, more subtle and less overtly visible mechanisms took up the racist slack.

The most notorious of these tricks was redlining. Banks and mortgage companies, with the connivance of the federal government, drew redlines around White neighborhoods and denied home loans to minority borrowers to prevent them buying homes within redlined areas. Banks also regularly denied loans to minority customers to improve their current homes, too.

It was a loathsome practice. And it was everywhere, South and North. Chicago, for example, was infamous for redlining when I was a kid. 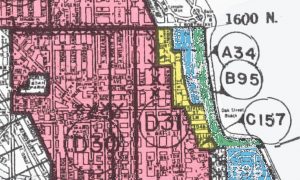 Obvious redlining was mostly suppressed by passage of the Fair Housing Act of 1968. But racism is a slippery and pernicious foe, especially when bogusly justified by the All-American, all-purpose excuse for bad behavior, Protecting Property Values.

In Denver of All Places?

Back to this week’s Post. And another mixed-race couple, the Mitchells.

Again, another Upstanding Family by anyone’s measure. Lorenzo Mitchell is a successful IT engineer and he and Gwen have a handsome family of three biracial kids.  They own a tidy three-bedroom in the racially diverse Park Hill neighborhood of Denver, Colorado. 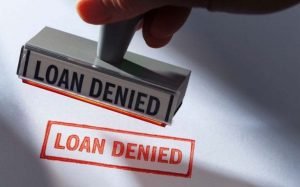 Things are a little tight in the house with their growing kids, so the Mitchell’s figured the thing to do was get a home equity loan for a serious remodeling. The market value of similar houses in Park Hill ranges from $450,000 to $550,000. The Mitchells figured their place is worth $500K, which would give them the equity needed for the project.

Nothing remarkable so far. Not a redlined neighborhood, since its racially mixed. House is in great shape. They have solid household income. Piece of cake, right?

Enter the Lender’s Home Appraiser. Lorenzo, who is Black, was home with the kids  when the appraiser arrived. No big deal and everything seemed to go without a hitch.

Until the Appraiser’s Report arrived, which came back appraising the house’s value at $405,000. Understandably, this made the Mitchell’s go, “Hmmmm.” Which in turn led them to examine the “comps” used by the appraiser.

Comps are, of course, other comparable homes in the area that have recently sold, providing a basis for assigning a value to the house being appraised. In the case of the Mitchells, the appraiser only used comps from north of Martin Luther King Boulevard.

The area north of MLK is a predominantly Black neighborhood, with lower property values. (We’ll leave for another day whether this is correlation or causation, albeit reprehensible in either case.) The Mitchell’s house is south of MLK. 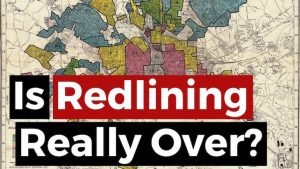 The Mitchells decided to test this “coincidence,” so they requested a second appraisal. This time, they made sure Gwen, who is White, was home alone when the appraiser arrived. This appraisal, based on comps from their neighborhood, came back at $550,000.

So the Mitchells were not only victims of institutionalized racism, they were able to put a price tag on it—exactly $145,000. They found a smoking gun. A rather expensive one at that.

This will be dismissed by the lender as “one bad apple” or whatever cliche they choose to pooh-pooh this heinous behavior. But does anyone believe that, had Lorenzo been home with the kids again, the second appraisal would have come back at the top end of the neighborhood’s median home value? Even with my Yankee White Privilege, I’m not that gullible. 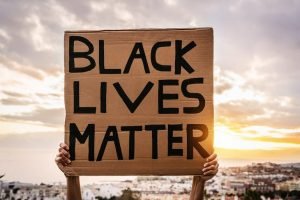 Let’s say it’s name aloud. How long will America continue to be beset and benighted by Institutional Racism? We need to call it out and recognize it for what it is.

It’s pure evil. There is absolutely nothing good that comes of it. Zero. And for 234 years, since the Framers first enshrined the Peculiar Institution of slavery within the Constitution, it has eaten at the foundations of our democratic republic. Sometimes that erosion has been so quiet and hidden as hardly to be noticed. Other times—1860, 1919, 1968, 2020—it has broken out in full torrent, sweeping up people and cities like trees in a raging flood. 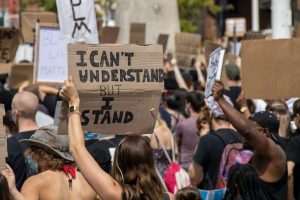 It’s time for a reckoning. Reckoning my own complicity as a White American who was born on second base. Then reckoning our collective inability to stop making excuses and apologies for doddery racist cemetery overseers. Also reckoning with the rotted timbers and crumbling foundations of our institutions, public and private, that price racism at $145,000 for a striving mixed-race couple and their biracial kids. How long can we continue to tolerate such manifest injustice?