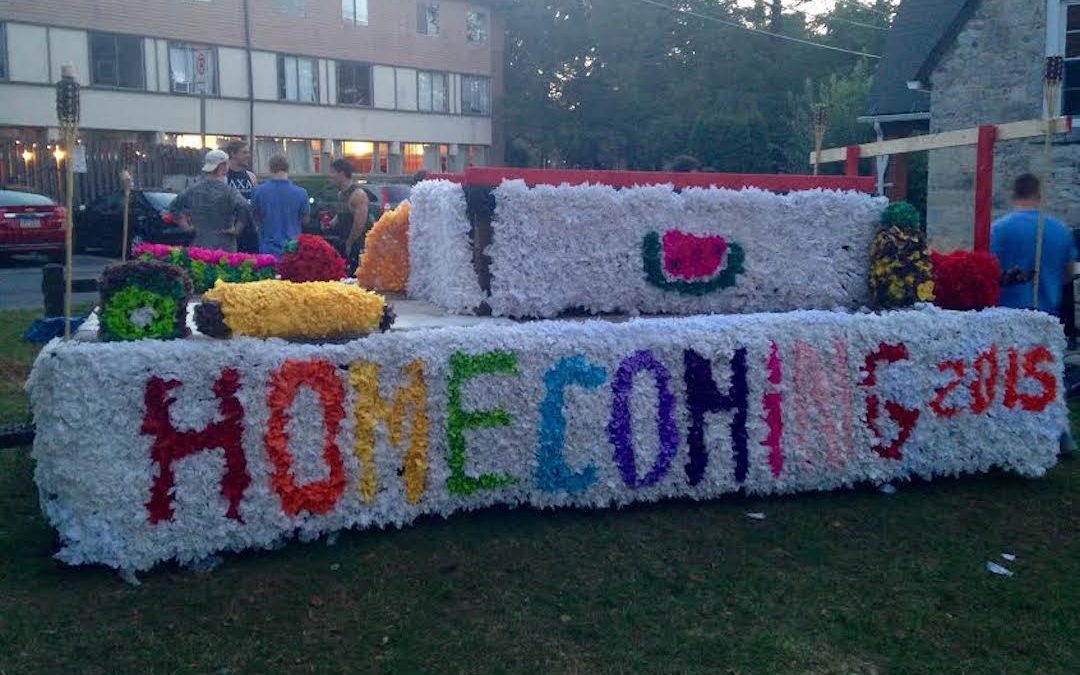 While Kay-Kay and I were in California last week visiting the grandkids, I drove by my four-year-old grandson Goober’s putative future high school. The football team was out on the field for a partial-pads scrimmage. And there is no sure sign of the school year starting up again than 60 teenage boys forced to cut their summer vacation short for preseason training.

But what these early signs of the football season really brought to mind was… homecoming floats.

Let me preface this by saying I did not play high school football. The only full contact sport I was interested in involved girls in automobile backseats. However, I was in student government from the first week of freshman year when no one else in my homeroom was awake enough to raise their hand when the teacher asked who wanted to run for student council.

It turns out the perennial First Big Project for student government is everything related to homecoming except for the actual playing of football. That was left to all those guys who gave up two weeks of their summer vacation while I was still lifeguarding in a Speedo and working on my savage tan. Which had certain collateral advantages. (See, supra, the only contact sport I was interested in.) 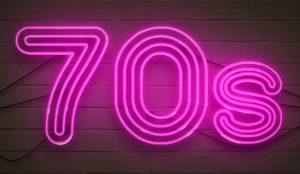 There were several elements to a homecoming celebration that required substantial student organization. One of the trickiest was operating a scandal-free election for homecoming queen — in the benighted 1970s Midwest, we did not traffic in homecoming KINGS, thank you very much. You’d be amazed at the shenanigans that surrounded that election, keeping in mind we were within the Chicago media broadcast and newspaper distribution area, providing endless inspiration for corruption.

We also had to organize the homecoming dance. This was both expensive and complicated. You had to pay for a live band, there being nothing akin to DJs in those antediluvian pre-disco days. The dance also required some level of decoration in a futile attempt to disguise a 2,500-seat basketball gym. We knew there was no way to get the sweat smell out. But perhaps the most contentious issue for student government was deciding on the theme for said homecoming dance. I am convinced to a moral certainty we could’ve reached agreement with the Soviet Union on mutual nuclear disarmament faster than it took the Skeeterville High Student Council to decide on the theme of a dance.

Tradition dictated that the theme be the title of a song. Freshman year the theme was Procol Harum’s “Whiter Shade of Pale,” a song less romantic than acid trippy. Sophomore year we reverted to Chicago’s “Color My World,” which was far safer because it only has like 12 words in the lyrics. 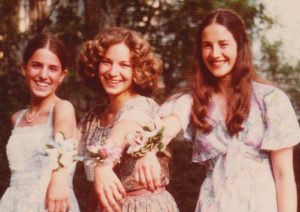 The homecoming dance was the cherry on top of that lovely and decadent week, when the girls put on their floor-length dresses with wrist corsages, while we guys donned our wide lapels and stacked shoes. All accessorized with Really Bad Hair. This was the mid-70s after all.

But, alas, I digress. Let us speak of homecoming floats.

You can’t have a homecoming parade without homecoming floats. I mean, what would be the point? And each class was on the hook to provide one, hoping to capture that coveted gold-plated plastic trophy for Best Float.

Here’s the thing: Construction of a homecoming float by a bunch of teenagers with a couple of faculty sponsors who maybe got 200 bucks extra for hanging around while we handled power tools was a surprisingly complex task. Maybe not as challenging as deciding on the theme of the dance or nuclear disarmament, but pretty darn hard.

Think about it. This is a serious collective action challenge, a kind of Amish barn-raising with more fashionable clothing. But being a big township high school surrounded by miles of farmland, we had the resources at hand.

It all started with a hay wagon. For you city slickers, this is a Big Flat Trailer with a wooden deck that farmers use to transport bales of hay. This provided the basic understructure for your phantasmagoric designs in chicken wire and paper towels. Since we had an ample supply of Farm Kids, this only required a Farm Father willing to give up a perfectly good hay wagon for a week in October. Piece of cake. 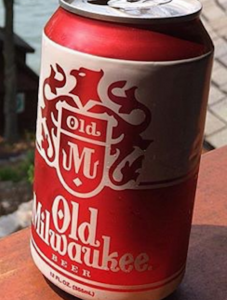 We then had to find a place to park our hay wagon under cover. Because paper towels. Also, our float designs were state secrets. In our case, we were quite fortunate in our class advisor. Mr. J was an art teacher and had an in with the city government. For all four years, our class built our homecoming float inside the City Barns. This sounds all quaint and pastoral, but the City Barns were actually the maintenance sheds for garbage trucks. But it had a lot of floorspace and high doors that wouldn’t interfere with giant chicken heads or the pilloried mascots of our opponents. Plus it had a really dark parking lot which greatly facilitated the consumption of contraband Old Milwaukee during the frequent breaks we took.

As with Farm Kids, each class was generously stocked with Guys Who Took Shop. This, too, was an integral part of our endeavor. Somebody somewhere — it never involved me — would come up with a basic sketch of what our float would look like. On Night 1 of our week-long effort, a dozen of these guys—the only ones trusted with Dangerous Tools–would turn a pile of donated 1”x 3”s and a couple rolls of chicken wire into something resembling, for example, the shape of a prostrate pirate being gnawed by an intrepid bulldog (the beloved Skeeterville mascot). The Shop Guys were quite fastidious in their craft and often devised elaborate skeletal structures. It was considered Very Uncool for the figures on your float to careen over the edge of your hay wagon on that sharp turn coming off the bridge on the way up to the parade route. 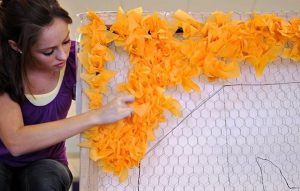 Of course, the essence of any homecoming float was large amounts of paper products. I was outstanding at this task, which required wrapping a paper towel around a little ball of crumpled up newspaper and shoving it through a hexagonal hole in chicken wire. Not exactly rocket science. This was perfect for me.

Early on, one of the vexing problems that hung over our workplace, thick as the lingering miasma of garbage truck stink, was the challenge of color. For you youngsters, in 1974, there was really only one color of paper towel — white. Therefore, if you wanted your prostrate pirate to have a red bandanna, this required many cans of red spray paint. Same thing if you wanted a brown bulldog. 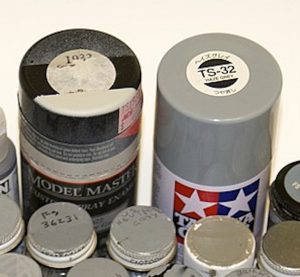 The problem was it’s really difficult to spray paint crumpled paper towels stuck into chicken wire. On the other hand, during the last two nights of float construction our workplace smelled like spray enamel rather than rotting garbage. And this being well before the age of Just Say No, we rather enjoyed the low-grade buzz we got from inhaling various colors of paint fumes. It complemented nicely the contraband beer in the parking lot.

This all changed abruptly in our junior year for two reasons. First, I was class president and the one skill I brought to that office was an unrelenting ability to make money from any harebrained scheme involving the sale of food, flowers, or votes for homecoming queen. (Okay, maybe not the last one. As far as you know.) Second, our art teacher class advisor got a craft catalog in the mail that included an impressive selection of dozens of deep, lush colors of paper napkins. This was a game changer. We could actually create floats with real colors that didn’t flash red-white-red-white every time the wind blew. The colored napkins were expensive, but what we spent on those we saved on cases of spray paint we didn’t have to buy. Although we did kinda miss the buzz. 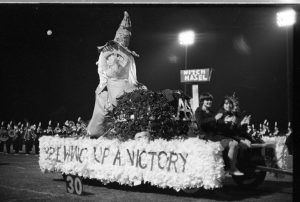 My memories of this elaborate group undertaking—maybe half of our class of 400 contributed to building that silly pile of paper towels—are uniformly happy ones. The crisp and clear autumn nights were glorious standing in the parking lot drinking warm Old Milwaukee and Boone’s Farm Apple Wine. Many a budding romance began in those garbage truck barns. The floats had an uncanny way of breaking down clique barriers—cheerleaders working shoulder to shoulder with the Shop Guys, artsy kids stuffing chicken wire with the stoners. Often we worked late into the night, most of the teachers indulging us with no homework during homecoming week. We often got slaphappy, a combination of exhaustion and paint fumes, and you found out a lot of things you never suspected about classmates you hardly knew. And all for something that would melt at the first hint of a rain shower and that you had to tear down Sunday afternoon. Sadly, that seemed to be the time we came back to reality and all the anxieties and in-group/out-group nonsense that’ve permeated high schools down through the ages crept back into play.

But each year, for that one brief shining week, we fiercely confronted our collective action problem and produced a useless and wondrous piece of paper art. And we were a little better for having done so.

[Watch for my new novel, No Hero’s Welcome, the final volume in my First World War and 1920s trilogy, available from Amazon, Barnes & Noble, Apple Books, and Kobo on 7 September. In the meantime, you can enjoy my first two novels, None of Us the Same and Truly Are the Free, from the same vendors.]