[It’s bad and getting worse, we all know that now. News out of New Orleans this week that Ellis Marsalis, Jr., the piano player, teacher, and patriarch of an amazing family of jazz musicians that includes sons Wynton and Branford, was taken by COVID-19. I can’t imagine how they can say farewell without a second line to play him to his rest. We’re to the point where most have some COVID-19 death that’s touched us personally. Yes, this is an even more Deadly Serious Matter now, but if we can’t find humor somewhere in all this, we’re losing the struggle. Thanks for reading.]

I’ve been Socially Distanced for 24 days now. All I need is the radio alarm to play “I Got You Babe” every morning and I’m full-on Groundhog Day.

Huh. It might make me a Much Better Husband if I got endless do-overs like Bill Murray. I need to bounce that off Kay-Kay. Of course, that would require her to be perpetually sunny and chirpy—as well as a serial amnesiac—like Andy McDowell. She might not like that so much. Also, don’t drive angry. 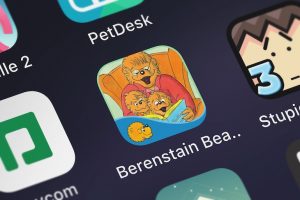 Kay-Kay just spent 2.5 hours on FaceTime with our grandson, Goober. It seems that, unbeknownst to me, My Dearest Wife has kept squirreled away for the past 25+ years and across 15 moves almost all the books we read to our own kids when they were little. This includes 48—I counted—of the approximately five gazillion available installments of The Berenstain Bears. (I exaggerate. I just went to https://www.berenstainbears.com/store.html and confirmed there are only 230. Yikes.)

Kay-Kay and Goober have now read all 48 of these, I’m certain. Twice. This is wonderful for grandmother-grandson bonding and helping our daughter, Peanut, by diverting the attention of a 4-year-old boy for an hour or two. As for me? Not so much. This resurrection of Da Bears has only served to remind me how much I and most other fathers 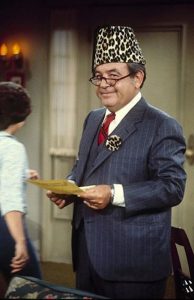 actively loathe them. Papa Bear, you may or may not recall, is an anthropomorphized cut-out of a ’70s sitcom’s affable doofus father who is incapable of effectively parenting and can’t ever seem to get anything right. In short, a Very Accurate Description of most of us fathers. (See, e.g., my 25-year obliviousness to cases of children’s books being schlepped from house to house.) But we don’t want to be reminded of it in scores of cutesy cartoon-illustrated morality tales. With bears.

Alas, like his mother before him, Goober can’t get enough of The Berenstain Bears. And Kay-Kay, as when she was a mother herself, gets a lot of secret vindication out of Mama Bear’s omnipotent wisdom. This is, of course, why they invented houses with separate rooms. That feature doors. Which may be closed. As necessary.

We used up the last of whatever our current phlalate-paraben-and-other-yucky-stuff—free shampoo was yesterday. The new ditto-free bottle is some other brand, or at least it’s a different shape. Funny thing. When I pump some out and rub it on my head, it smells exactly like Tang. You know, the powdered orange drink of the NASA astronauts? That has to be intentional.

The Governor of Some State located south of the Manson-Nixon Line just said that he hadn’t instituted a stay-at-home order because they’d only been getting a few new cases—until a couple of days ago. He then admitted he didn’t know what exponential growth vs. linear growth meant until someone explained it to him with crayons and a huge jar of jellybeans. 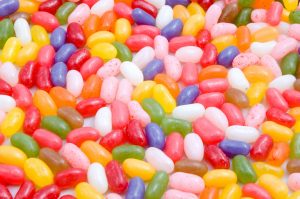 But seriously, can we make Basic Mathematical and Statistical Literacy a requirement to run for public office? If I give you one jellybean on the 1st of the month and agree to give you twice as many the next day as the previous day, you’ll have approximately… a Whole Butt-Load of Jellybeans by the 31st of the month.

Same thing with coronavirus infections. Get it?

[FunFact: you will have 2,147,483,648 jellybeans after Day 31 if you do nothing to Flatten the Jellybean Curve—like eating a Lot of Jellybeans early on.]

[Bonus FunFact: This classic example of exponential growth is most often illustrated with a grain of rice. But I like jellybeans. And it’s my blog.]

I had an auditory hallucination of “I Got You Babe” playing on the radio this morning.

After awakening, I thanked all that is holy that very few knuckleheads decided to devise Coronavirus-themed April Fool’s gags yesterday.

During breakfast, somebody on NPR said we have to figure out who’s going to pay for COVID-19 treatment for people who’ve lost their health insurance through unemployment—or who’ve never had health insurance. He said in a Very Concerned Voice, “People shouldn’t have to die just because they’re poor.” I blew cereal out my nose, because of how hilarious it was that this guy forgot he’s in America. That’s how we ration healthcare here. Always have. Also, college degrees and BMWs.

[Daily-Double FunFact: The US of A is the only decent country on the planet that provides healthcare through a private, for-profit, fee-for-service system. The. Only. One. And we pay twice as much per capita for it. End of PSA.] 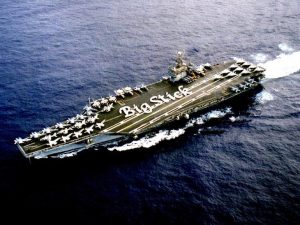 Somebody Important Somewhere just sacked the captain of the aircraft carrier USS Theodore Roosevelt. This was because the skipper wrote a letter and emailed it to some of the Top Brass asking that his sailors be removed to shore facilities for quarantine since they had a couple hundred COVID-19 cases on board.

Having spent a few nights on the USS Eisenhower two-and-some-change decades ago—we Air Force guys generally prefer our runways to stay in one place—I can assure you Navy carriers are a) not the most hygienic of environments, b) have very little excess square footage for social distancing, c) are permeated by a kind of funky-oily industrial smell wherever you go, and d) contrary to popular myth, do not have any better food than the Army.

A couple of sailors from the TR surreptitiously videoed the captain’s departure. It featured several hundred sailors all jammed together—forget social distancing—on the hangar deck, wildly cheering and chanting the captain’s name.

Recommended someone send the current Navy Secretary, Secretary of Defense, and Commander-in-Chief a DVD of Mutiny on the Bounty, The Caine Mutiny, and Hunt for Red October. Not a good time to lose the loyalty of the troops…

There were still four squirrels inhabiting our backyard. Not three, not five. Exactly four. I have nearly enough observed data to proffer a General Theory of Squirreliness. I was very excited at this prospect. I decidedly need to get a life.

The President admitted he was the one who ordered the firing of the captain of the USS Theodore Roosevelt. Apparently because the letter he wrote was too long? I pondered whether this might be another auditory hallucination. 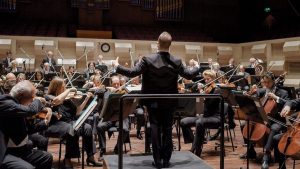 Someone on The Twitter twittered a tweet with a short video of members of the Rotterdam Symphony Orchestra remotely playing together Beethoven’s “Ode to Joy” via Zoom. I sobbed watching and listening to the beauty and simplicity of this gracious gesture by 19 Very Attractive Dutch Persons, one of whom is actually named Galahad. I recalled that “Ode to Joy” is also the anthem of the European Union. Of which the UK is no longer a part. And the guy that took them out of the EU, Prime Minister Boris Johnson, is currently quarantined while recovering from… COVID-19. It’s like Six Degrees of the Kevin Bacon Virus.

I should perhaps concentrate on the squirrels…