Flying in the BUFF (The Prequel) 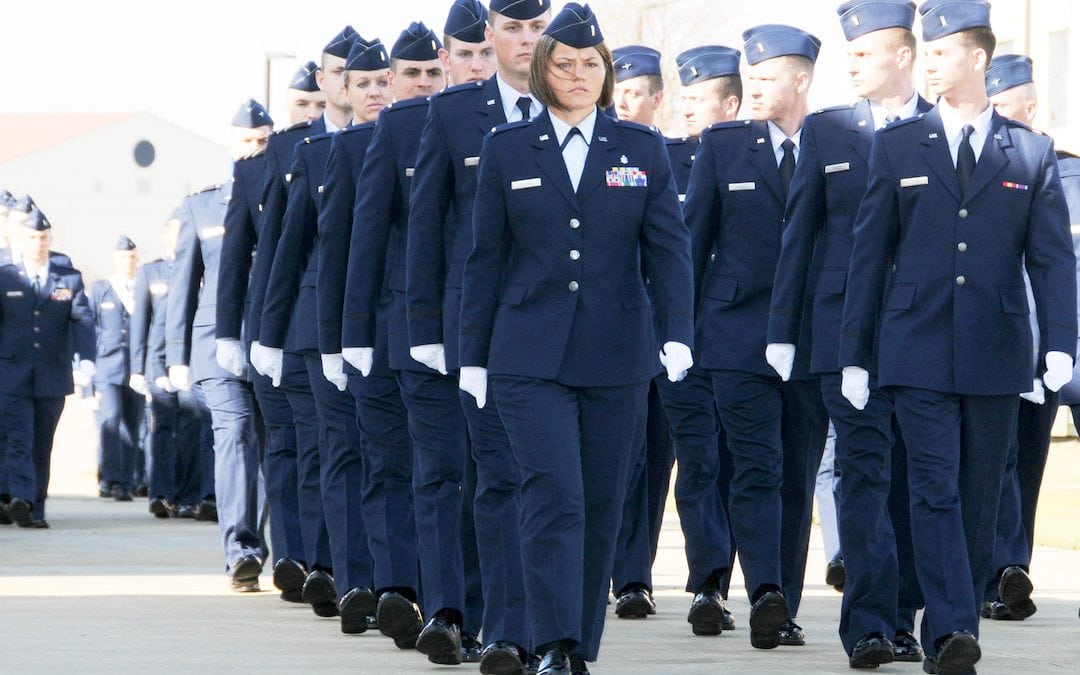 [You can read other installments of my “Flying in the BUFF” posts HERE!]

This is the 126th blog I’ve posted since January of 2017—which amounts to 175,000 words. That’s almost two novels. Which I probably should have been writing instead of posts about Toilets of the World or Playing with Sticks.

According to WordPress’s fancy-schmanzy analytics, of those 126 posts, by far the most popular has been my “Flying in the BUFF” series. In particular, Part 2 is wildly popular—which I can only attribute to the understandable interest in how to poop on board a bomber. Given that statistics never lie, the public is clamoring for more installments of “Flying in the BUFF.” So taking a page from Hollywood’s never-ending line of “Spiderman” movies, I thought I’d write a Prequel. 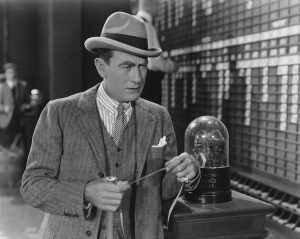 My unexceptional career as a B-52 navigator began, as these things so often do, with stocks and bonds. Specifically, I’d done two things upon graduation from college. First, I’d married Kay-Kay. Second, I’d begun work as a stockbroker for a big investment brokerage. The marriage was great; the stock broker gig Sucked Out Loud. That’s somewhat unfair—the better way to phrase it would be I Sucked Out Loud at Being a Stockbroker. 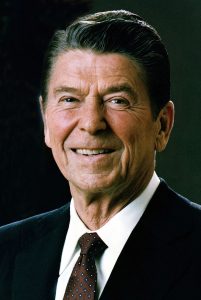 So with a brand-new wife—who was about to be newly pregnant—and a job I passionately hated, I searched for a gig that was as opposite from stockbroker-ing as possible and came with a regular paycheck and health insurance. Which crossed off my first two choices of beachcomber and professional gambler. It led me instead to an Air Force recruiter’s office where I signed on the dotted line to become an Air Force navigator. Keep in mind this was the time of The Reagan Build-Up, so the requirements for getting into officer training were a bachelor’s degree and a pulse.

(This is probably the place to note that when pondering my time in the Air Force, I often think of Groucho Marx’s quip that he’d never belong to a club that would have him as a member. I wonder why that is?)

With Kay-Kay quite visibly pregnant with our soon-to-be daughter, Peanut, I headed off to Officer Training School (OTS) on the 5th of July, 1983. At that time, this was located on an annex of Lackland Air Force Base in San Antonio, Texas.

Did I mention it was July? And OTS was in Texas? I picked the three hottest months of the year to be in military training in Texas. We used to get up an hour before sunrise to do our mandatory physical training because the Air Force doctors wouldn’t let us exercise outside—or do much of anything other than breathe—after about 9 AM. 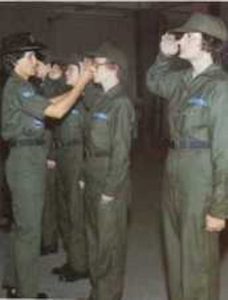 OTS was divided into four classes of three weeks each, so when I arrived I was made a Fourth Class Officer Trainee. The distinguishing characteristics of being a Fourth Class OT were 1) your breathtaking level of cluelessness, and 2) the smell of sizing that followed you around for these three weeks, emitting in the heat from your newly issued olive-drab fatigue uniforms. Since Fourth Class OTs were required to march everywhere in formation, there was a Pig Pen-like cloud of sizing stink wafting behind us at all times. (My eyes are literally watering as I type this 35 years later.)

Having survived three weeks of Fourth Class, the day arrived when we put away the fatigues and donned Air Force Blue as Third Class OTs. In 1983, these uniforms came complete with 100% polyester trousers. This was first-generation Disco-Era polyester. My memories of these trousers are dominated by leg hairs being pulled out after getting caught in the weave—some of them, ahem, rather high up on the leg—and near continuous butt sweat. Since our cotton uniform shirts had to be immaculately pressed at all times, the cloud of sizing stink was replaced by a miasma of spray-starch vapors. Which actually represented a step up. 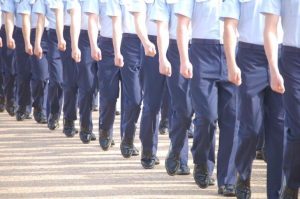 It was during Third Class that I had a near-miss with expulsion. One of the mandatory requirements was minimum proficiency in what was known as Drill Performance Rating. This was a fancy term for marching a flight of OTs around an asphalt parade ground with me in command. I never quite mastered this skill. It was during my graded Drill Performance Rating that I learned, much to my surprise, that the order, “Hey guys! Stop!!!” is not an accepted command of execution in the Drill Manual. This I discovered as I marched my flight into the bleachers. 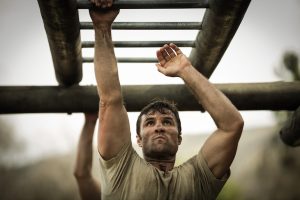 Since I had some good will banked with my best-in-class academic ranking, my Flight Commander gave me an 85% on the Drill Performance Rating, the minimum passing. I am under zero illusions this was anything other than the gift it was, but having dodged that bullet, I became a Second Class OT. In fact, I was given a modest command position in our OT squadron. I was named a Lower Flight Captain and put in charge of a newly arrived flight of 16 Fourth Class OTs. So I was right back to the eye-watering cloud of sizing stink and pre-dawn calisthenics.

Part of my Lower Flight Captain job was marching my Fourth Class ducklings to the chow hall every morning for breakfast—a task I delegated to my Assistant Lower Flight Captain who got a 98% on his Drill Performance Rating. I’d tag along behind the flight, looking officious in my captaincy and pretending I was observing my flight’s marching skills. 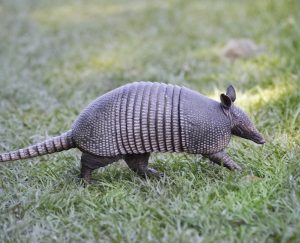 Now, each flight had a specified time they were to arrive for breakfast—your “chow priority”—and this varied each day. As a result, about once a week you were the first flight to arrive for the earliest chow time. My salient memory of these early breakfasts was the armadillos we spooked off the wide sidewalks from our dormitory to the chow hall.  Also seeing the rats scatter when we turned on the lights upon entering the dining area. Good times.

With three more weeks of early rising and watery eyes behind me, I became a First Class OT. We even got to add a little stripe of silver braid along the edge of our cheesy black shoulder boards so all the world would know we were so-very-close to becoming Second Lieutenants. This turned out to be a highly perilous time.

You see, we were top of the OT heap and had been around long enough to think we knew all the ropes. In addition, we were allowed to go any night we wanted to the Officer Training School Open Mess. This was our Officers’ Club. With a long bar. That served tax-free liquor. Yeah, that. I recall a few fistfights resulting in elimination from training. Also, the #2 ranking OT in our Wing getting caught by Security Police in the club parking lot with a female OT. There were three aggravating circumstances here: 1) neither was the owner of the car, 2) they were in a state of near complete undress in flagrante delicto, and 3) both were married not to each other. As they say, you’ve gotta run all the way through the tape to win the race.

As fate would have it, I managed to avoid getting booted out and graduation day approached. Kay-Kay was, by this time, 8.9 months pregnant and couldn’t make the trip to pin on my shiny new butter bars, so my parents came instead.

My father, a WWII veteran, thought it hilarious to refer to me as often as possible as a Ninety Day Wonder. This was apparently a Second-World-War thing, referring to young lieutenants trained in three short months and sent off to lead a platoon of soldiers with only slightly longer training. Hey, 90 days was plenty long enough for me.

I did get some payback on Dad. The officer taking the salute for our graduation parade was a three-star general. I don’t think my father ever came within 100 yards of a three-star the whole time he was in the Army. During the coffee-and-donuts thing at the Officers’ Club before the parade, Dad and I went into the men’s room to unload some of the gallons of coffee we’d been drinking, it being 6 AM. We stepped up to the only two open urinals, one on each side of… the three-star general. My father was so terrified he was stricken with Intensely Bashful Bladder. To his way of thinking, who could pee in front of a three-star general? Well, I could. And I never let my father forget that fact. 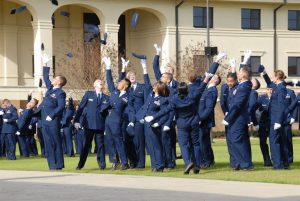 Mom duly pinned on my gold bars and they rushed me to the airport to fly home to Kay-Kay. I arrived early in the evening and ninety minutes later she went into labor. So I became a Second Lieutenant on 30 September and a First Father in the wee hours of the morning on 1 October.

[You can read other installments of my “Flying in the BUFF” posts HERE!]