Flying in the BUFF (Part Three) 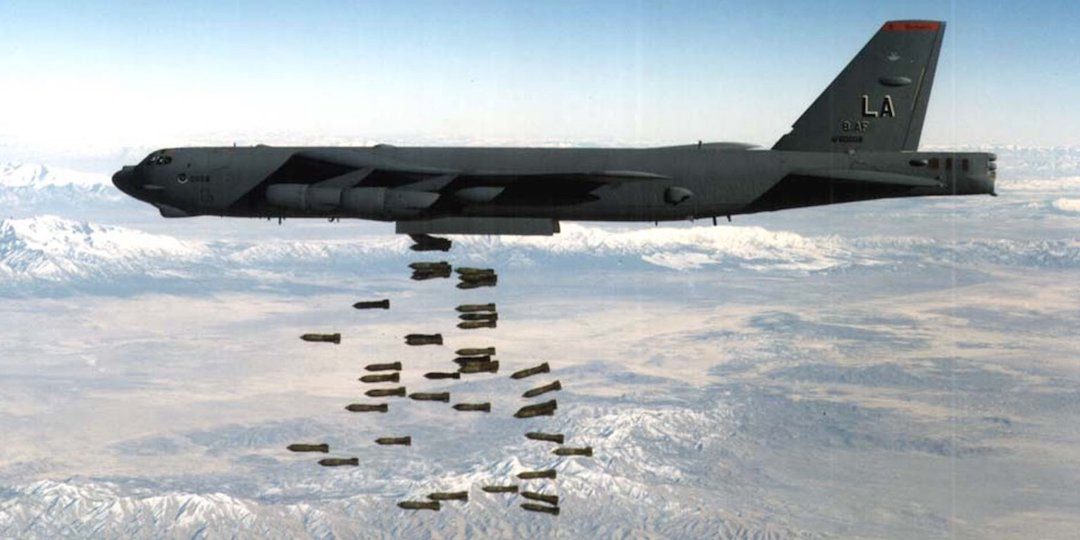 I was checking my website analytics and discovered that by far the most-read posting I’ve ever done is “Flying in the BUFF (Part Two).” I have no idea why this is so—(Part One) isn’t particularly popular, but (Part Two) is off the charts. Huh. So I said to myself, “Self, why not do a (Part Three)?” Et voilá…

Because we’re Americans and über-competitive (not to be confused with lyft-competitive—heh, heh), the US Air Force used to have an annual bombing competition. One would think that’s what a real-time air war is, and it’s rather obvious who wins in most cases. But air wars are rather messy affairs, with Many Things Broken. Also, people die. So there’s that.

In my aviation salad days, I was a navigator on that vaunted instrument of national power, the Boeing B-52 Stratofortress. For reasons I have explained before, the B-52 was always called the BUFF by the aircrews who flew and cherished her. Including a much-younger version of me. 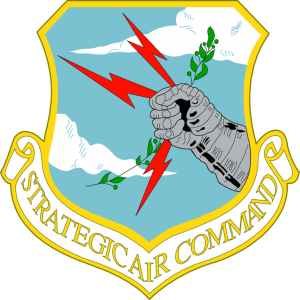 In the 1980s—my flying epoch—all the bombers were owned by Strategic Air Command or SAC. Besides being an awesomely cool 1955 Jimmy Stewart movie, it was the biggest and most expensive of the Air Force’s many major commands. (Factoid: Jimmy Stewart was, in real life, a bomber pilot who reached the rank of brigadier general in the Air Force Reserve, during which time he flew… the B-52. Mike drop.)

Back in the day, SAC’s primary responsibility, which is not to say obsession, was The Nuclear Mission. We sat nuclear alert and trained to penetrate the Soviet Union at ridiculously low altitudes—like 200 feet above the terrain—for which said aircraft was never designed to fly. Our bombers were capable of dropping regular bombs, but SAC only did this grudgingly. We didn’t even have the right weapons racks at my wing to drop conventional bombs.

Nuclear weapons being, shall we say, rather sensitive things with not much margin for error, we spent a lot of time studying TOP SECRET things and certifying our proficiency with “special weapons” and practicing how we’d drop them without getting incinerated by our own mushroom cloud. Also being Examined by Flight Surgeons to ensure we were Not Certifiably Crazy. (See, e.g., Dr. Strangelove.)

The other big commands at the time were Tactical Air Command, which had all the fighters—and unavoidably all the fighter pilots—and Military Airlift Command—which did all the real work in peacetime, mostly hauling people and stuff around the world. You will note that in elegant acronymical synchronicity these three major commands were SAC, TAC, and MAC.

Which brings us back to the annual SAC Bombing and Navigation Competition, known far and wide as Bomb Comp. And what’s a competition if not a Really Big Test?

Since we seldom—well, never—got to Drop Nuclear Weapons, Bomb Comp was the only game in town and the stakes were mighty high. Colonels who commanded bomber wings that won Bomb Comp magically found themselves promoted to general. Winning aircrew members went to the front of the line for choice assignments, which in SAC meant anyplace with less than a bazillion inches of snow and something that approximated summer.

My crew, Echo 34, was selected by some secretive cabal within the 416th Bomb Wing (Heavy) to be one of our two Bomb Comp crews for the 1986 competition. My contribution to the crew was being able to get us reliably from Point A to Point B on time. Which apparently made me a Very Good Navigator. It was the Reagan Years, after all, so the bar was set rather low.

That’s when my life changed. We were taken off the nuclear alert rotation—which Kay-Kay didn’t much like since it meant I was hanging around the house a lot more than she was accustomed to. All of our flight missions were carefully tailored to mimic Bomb Comp profiles. We were given our own airplane, rather than just taking whichever one maintenance had ready. They put a snazzy new tail flash on our plane and even repainted all the worn buttons and control panels inside. It was, however, impossible to get that New Car Smell, so our plane stunk as much like rubbing alcohol and burnt urine as any other BUFF.

We also became the object of much simmering resentment from our squadron mates, meaning those who were required to cover our nuclear alert rotations and fly the crappier airplanes while we were swanning around in our pretty Bomb Comp airplane. We even had special Bomb Comp flight scarves to wear with our flight suits, for which we were given endless amounts of ridicule.

The wing really went to extraordinarily wasteful lengths for Bomb Comp. We flew endless hours of loops over a radar bomb scoring site just to get enough data to determine if our plane was bent a little so the mission planners could correct for that in aiming our bombs. Keep in mind the B-52 burns around $60,000 in fuel every hour, so this was pricey. On the other hand, we looped endlessly over a liberal arts college’s quad where many coeds often sunned themselves, allowing us to view lots of—literally—hot girls with our infrared sensor’s camera.

We flew the three required Bomb Comp missions in September, the only memorable thing being me filling an airsickness bag minutes before our last low-altitude bomb run and the bombardier having to take over navigation until I finished refunding my in-flight lunch.

Then it was off to the Bomb Comp “Symposium” in October where they would announce the winners and hand out the trophies. It was there that I discovered the word “symposium” is derived from the Greek for “massive drunken swill-fest.”

We lost. Actually, everyone lost except the bomb wing out of Spokane. We found out later they were secretly equipped with first-generation GPS receivers. Which is a very Bomb Comp-ish thing. Over the years, SAC was known to tweak the rules, flight routes, and bomb scoring methods to ensure that whatever the latest expensive aircraft or system they’d convinced Congress to fund won Bomb Comp. “See, Mr Congresspersonage? We told you this gazillion dollar thingy was TOTALLY worth it!” 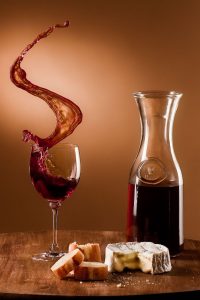 I most remember the big Bomb Comp banquet we had in the Shreveport Convention Center. Besides two crews and all the commanders, each wing brought along a half-dozen local dignitaries, in our case including the mayor. All the high muckety-mucks were seated at a head table on the stage, looking down on the hundreds of drunken aviators and equally drunken local dignitaries. At one point, a trash-shouting contest broke out among the 14-odd wings, which quickly degenerated. I can close my eyes to this day and see our local mayor, lifted on the shoulders of two tail gunners so he could get a better angle of attack for pegging red-wine soaked dinner rolls at some fellow mayor from Arkansas. It was delightful.

At the head table sat, among Many Other Old Guys, General Curtis LeMay. He’d be dead in four years, but there he sat, cigar in mouth and arms crossed, glaring out over His Misbehaving Boys with quiet approval. 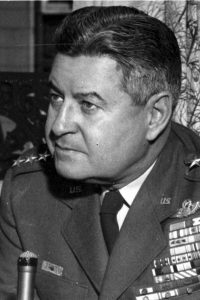 I got to shake General LeMay’s hand that night, which for a bomber guy was like shaking hands with one of the faces on Mt Rushmore. Curt LeMay was the man who created SAC and he was a demigod to us. As a result, we forgave him a lot. Best to forget he was segregationist George Wallace’s vice-presidential running mate in 1968 and made some… unfortunate… comments about bombing the North Vietnamese back to the Stone Age and nukes would be OK to use since the crabs had returned to Pacific atolls where we’d tested hydrogen bombs.

Alas, the fighter pilots of TAC would pull a hostile takeover of SAC in 1992, and that year would see the last Bomb Comp as SAC dissolved into something called Air Combat Command—at whose headquarters I would spend the last two years of my Air Force career… as a lawyer.

SAC’s motto, by the way, was “Peace is Our Profession.” I always found that more than a little ironic, all things considered.